Sumareh: This one is for the team 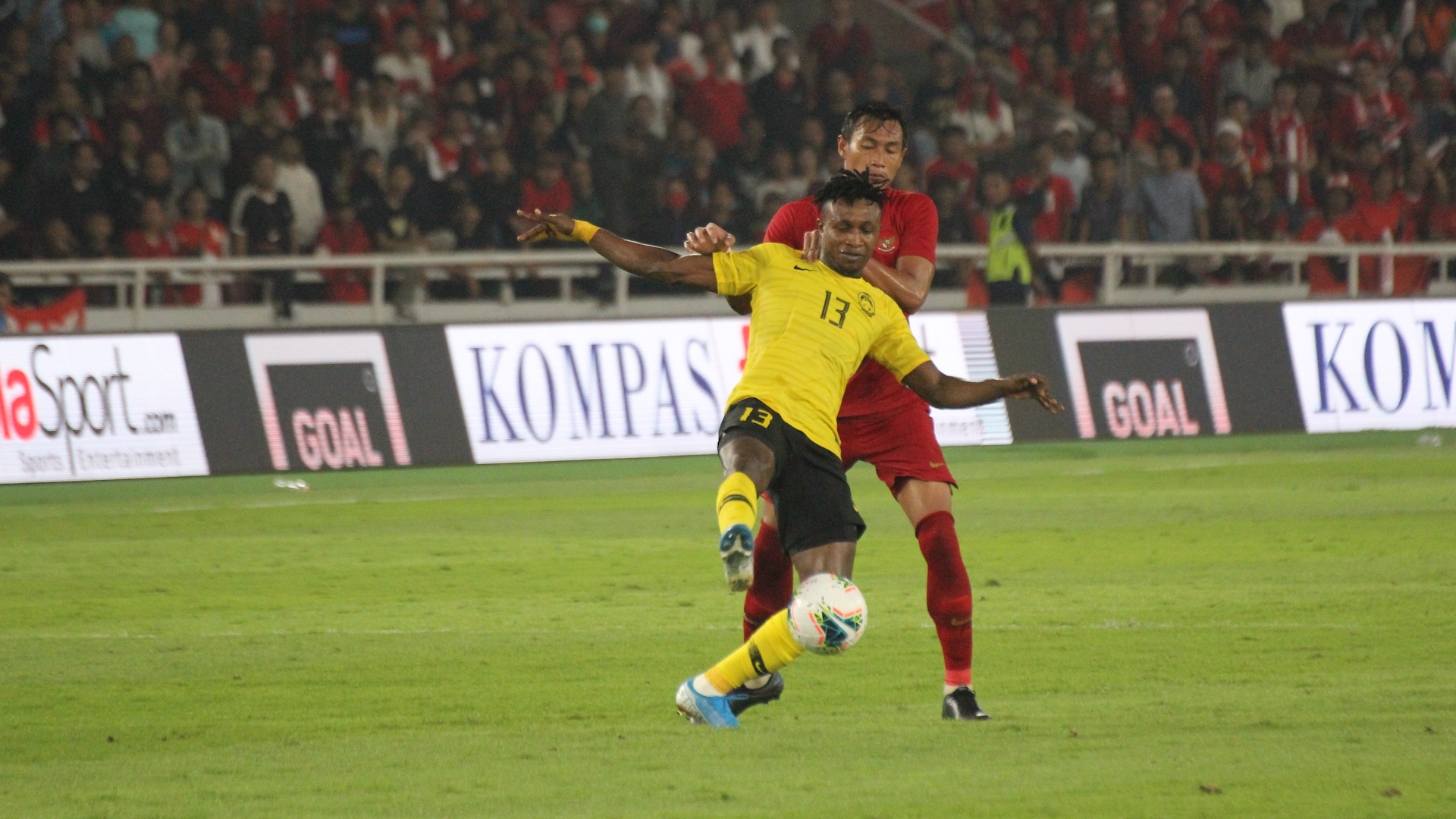 Mohamadou Sumareh struck twice to break Indonesian hearts at Gelora Bung Karno Stadium but the star forward insist it was a team triumph.

A minute was all it took for Sumareh to make an impact for Malaysia after coming on as a substitute for Hadin Azman midway through the first half. Tan Cheng Hoe called upon his prized forward and thrusted him into the cauldron of GBK and reaped the rewards afterwards.

It was in his debut outing for Malaysia last year against Sri Lanka that Sumareh notched his first ever international goal, four more have followed since including last night but none of the first three goals would have been sweeter than the brace he scored in the joint 2022 World Cup and Asian Cup qualifier.

The first saw him running onto Nor Azam Azih's through pass and even though he looked to have made a heavy touch, his pace allowed him to compensate for it and he dispatched his shot into the bottom corner. The second was all about desire, with the clock running down and body feeling the effects of the game, he still got the ball first inside the ball to send the ball into the roof of the net.

"We started slow in the first haf but the coach made changes in the secon dhalf and it was a different game. We gave everything and the result was on our side. It wasn’t easy to come here with the fans and the atmosphere. But we're used to it. We've played in front of 80,000 crowds before.

The win has given Malaysia a great impetus in their qualifying campaign. While a World Cup route is very much plausible after this first win, the real target is definitely China 2023 in the Asian Cup. With Thailand and Vietnam drawing in the other Group G match played on Thursday, it puts Malaysia at the top of the table for the time being.

But Sumareh and his team mates will have it all to do in the next match on September 10 when United Arab Emirates (UAE) come to Kuala Lumpur. The Asian heavyweights did not feature in yesterday's round of matches because of the odd number of teams in the group but Malaysia's result last night would certainly have made them sit up and take notice.

The last time Malaysia faced UAE, it was a narrow 1-2 home defeat but the one that really rankles in the mind is the 10-0 annihiliation suffered at Abu Dhabi. However a Malaysian side brimming with confidence now will be looking to create an upset at Bukit Jalil National Stadium on Tuesday.