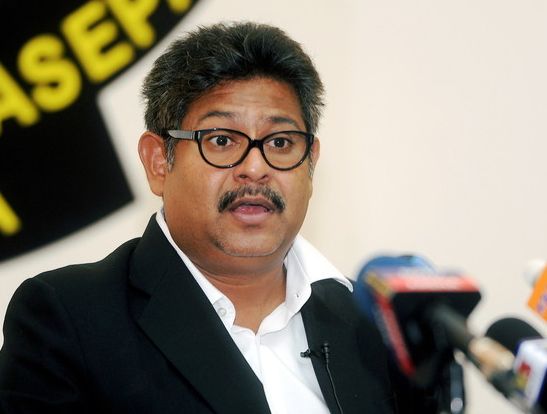 Selangor manager Datuk Abdul Rauf Ahmad has revealed that club president Datuk Seri Subahan Kamal is currently in discussions with the Indonesian FA (PSSI) to ensure that Indonesian duo Evan Dimas Darmono and Ilham Udin Armaiyn get to join them for the 2018 season.

The duo had been signed by the Red Giants early this month from Indonesia's Liga 1 champions Bhayangkara FC, but PSSI chief Edy Rahmayadi barred them from leaving for Malaysia, fearing that the two young Indonesia internationals will not be released for the football competition at the 2018 Asian Games, which will be hosted by Indonesia. The competition is not an official FIFA tournament, hence clubs are not obligated to release their players to take part in the competition according to FIFA rules.

Rauf told the press after the 2018 pre-season meeting between clubs and M-League organiser Football Malaysia LLP (FMLLP) on Thursday, that Subahan is in discussions with PSSI to ensure the pair will be allowed to join Selangor in time for the 2018 season kick-off in February.

"We are still in discussions with PSSI, and our president may meet with the PSSI president to find a solution. The players have formally signed with us, and their failure to join us may incur action, which we really don't wish to happen.

"If action is taken according to FIFA regulations, it will disrupt our plans and also disrupt the two players' careers. I believe the negotiations will produce an amicable solution," said Rauf when met in Shah Alam.

In the event that both players are not released, Rauf does not exclude the possibility of the side signing new foreign players.

"We have to do what we have to do, of course we have a Plan B. We have until the end of the transfer window to work something out.

"But we believe it will be sorted out amicably not too long. They have to come as what has already been agreed," he noted.

He also revealed that part of the reason the two players have been signed is in order to attract sponsors from Indonesia that also sell their products in the Malaysian market.

While declining to name the companies the club have approached in order to sponsor the club in the coming season, he said the club officials are working hard to attract sponsorships for the 2018 season.

"The management is working very hard to get sponsorships. We'll be playing at Bukit Jalil (National Stadium) which is well-equipped, and the sponsors will find it attractive.

"They are major corporations, but until we finalise the deals we cannot name them," remarked Rauf.