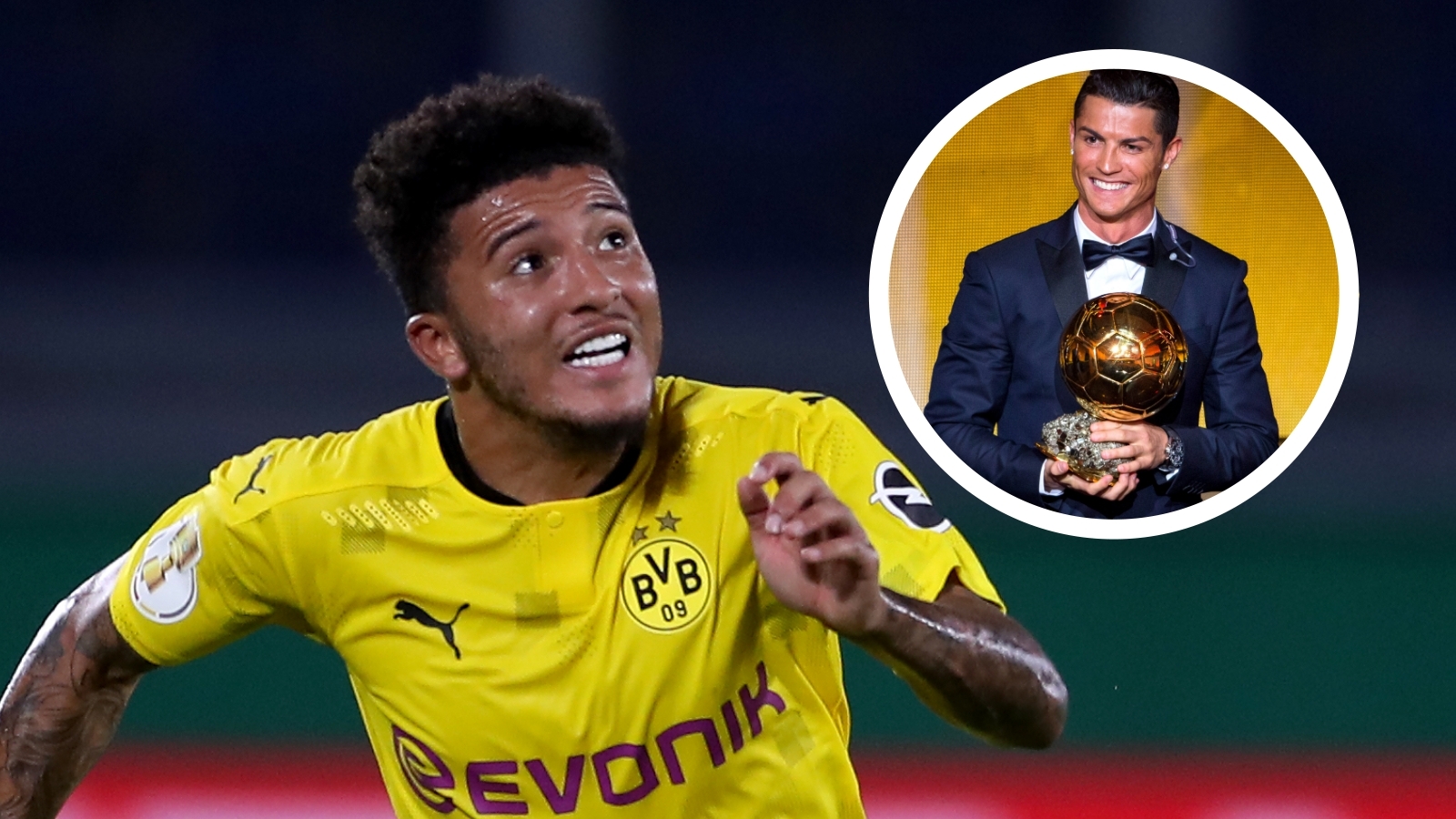 Jadon Sancho has the potential to be “just as good as Cristiano Ronaldo”, says Raphael Guerreiro, with the player being heavily linked with a move to Manchester United considered to be an “outstanding” asset for Borussia Dortmund.

The Bundesliga outfit have been doing all they can to fend off advances when it comes to the England international winger.

Sancho has enjoyed a meteoric rise to prominence since taking the decision to leave Manchester City in 2017 and link up with BVB.

His exploits were always going to attract attention, with United leading the race to take him back to his homeland. Dortmund, though, will not be bowing pressure and expect Sancho to stick around for the foreseeable future.

Continuity and stability should help the 20-year-old forward to take his game to even greater heights, with Guerreiro saying the hot prospect could follow in the footsteps of the five-time Ballon d’Or winner.

The Dortmund defender told Bild: “Jadon is still very young, but has already played an outstanding role for us in the past two years. He has the gift of being able to make the difference - with passes, dribbles or goals.”

On whether Sancho can emulate Ronaldo, Guerreiro added: “Cristiano is one of the best in the world and to ever be as good as him, Jadon still has a lot of work to do, a lot. He has everything you need, though, to be just as good as Cristiano, maybe even better someday.”

While Sancho is expected to star for Dortmund again in 2020-21, if his services are retained, Guerreiro is determined to make his own mark.

The France-born Portugal international endured fitness issues last season, limiting his game time and sparking talk of a move to Paris Saint-Germain being made, but he is feeling refreshed and raring to go again in the pursuit of major silverware.

He said: “I was injured a lot at the time, and my family was also a little homesick for Paris, because that's where I grew up. It was a little bit of everything but now we are happy in Dortmund.”

Lucien Favre’s side are due to open their new Bundesliga campaign on Saturday at home to Borussia Monchengladbach.