Having started out in non-league football in England back in 2011, Junior Eldstal is once again in those same waters in 2020, this time with Metropolitan Police. The difference, however, is that he enjoyed a hugely productive period in Malaysian football with Sarawak, Johor Darul Ta'zim and the Malaysia national teams in between.

Still only 28 years old, Junior made the incredible decision to return to England to focus on developing his business after the 2018 season with JDT. But over time, the lure of football is proving more and more difficult to ignore. Acknowledging that time is still on his side, Junior is keeping his options open, while keeping a close eye on proceedings in Malaysia.

“I decided to play for Met Police because they are only five minutes down the road from me and I have a couple of friends there. It’s quite a good standard. When I first started, the thought process wasn’t about thinking to get back into it. But as the season went on and I was playing well again, I started missing the Malaysian crowd and the feeling of lifting that trophy and playing in front of 30,000-40,000 fans in the FA Cup final.

“So I called Scott [Ollerenshaw] a few months back and asked about the transfer window. He asked me to stay fit and then we’ll see what comes up. So that’s what I’ve been doing," Junior told Goal in an exclusive interview.

It was the same Scott that laid the foundations for Junior to come to Malaysia in the first place eight years ago. As a family friend, the Sabah legend offered to give Junior a work experience job in his sports tourism business in Borneo in 2012. At that time Junior was with Hartpury College on a programme that is part degree, but also part elite football academy. 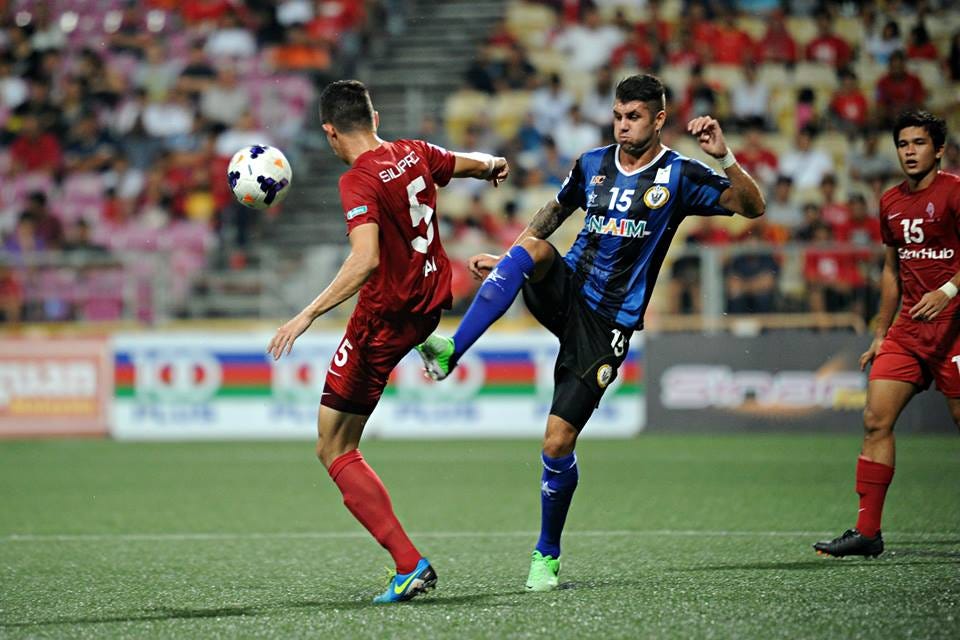 He was still looking to break through in the footballing pyramid in England and the idea of playing in Malaysia did not cross his mind as he made the journey from London to Kota Kinabalu. But a chance game of futsal opened Scott's eyes to the potential that Junior had and the rest was history.

“I had never thought about coming to Asia to play. I’d heard how big it was and some names like Safee Sali. At that time my mind was still very much set on making it to the football league in England. I turned up for a Sabah game half expecting 30 people by the side of the pitch, but there were 18,000-20,000 fans there and I was just blown away.

“That immediately caught my attention and I told Scott that if there was an opportunity that arose, he should contact me."

That opportunity did come in 2013 when Scott managed to secure a two-week trial at Sarawak, but it wasn't plain sailing right from the start for Junior. Put up in a less than appealing accommodation, Junior struggled in the first week of his trial. His request to move to a less cockroach-infested accommodation was approved and things improved on the pitch as well.

He had done enough to impress the then head coach of Sarawak, Robert Alberts. The experienced Dutchman helped Sarawak to the Premier League title that season in magnificent fashion, with Junior in his side, remaining unbeaten as they gained promotion to the Super League.

Born to Swedish and Malaysian parents, Junior's performances caught the attention of the powers that be at Football Association of Malaysia (FAM) and because he was still only 22 then, both the senior team under K. Rajagopal and the Under-23 team under Ong Kim Swee were keeping track of him. 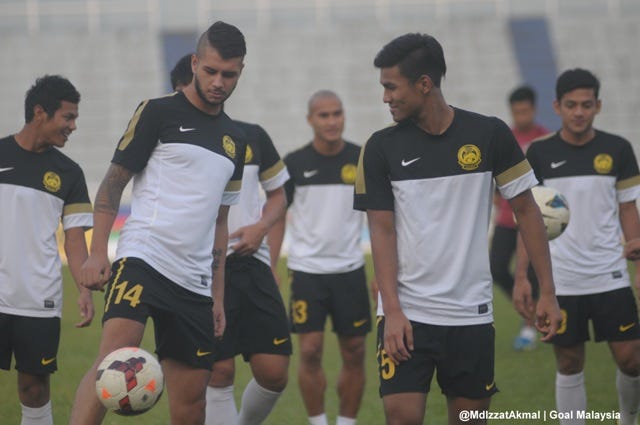 The call-up came as expected, but the hardship that followed was less anticipated by anyone, not least Junior himself.

“At that time I couldn’t speak Malay and I was the first mixed-heritage player for the national team. It wasn’t the best environment when I first came and people were just a little hostile towards me. It’s almost like I was an alien. 'This guy has come from nowhere and he has come into our team.' It was then that I realised that I needed to reconnect with my roots, try to understand their culture and their way of living. Likewise for them.

“I decided to learn Malay and I made sure that every room-mate I had was Malaysian. When I was with Sarawak, it was either Bobby [Gonzales] or Ronny [Harun]. It was the best way for me to learn Malay. The first week in national camp, no one would share a room with me. I would find myself alone in the room for a week. I was so lonely.

"People forget that when I first came into the scene, I was alone. It’s not until now that there’s a lot more mixed-heritage boys who can get advice from each other and are in the national camp together. What I found unfortunate was that there was more of a divide when I started playing, whereas now people are a lot more open to get to know each other.

“Luckily K. Reuben came from the Under-23s. He was such a friendly nice guy, he’s probably my first friend in Malaysia. He helped me a lot with the local boys. It was when I started to learn the language that I really understand and started to get along with the rest. After two months of being with the national team, I finally made a few new friends.

"A lot of people may not know this but I speak better Malay than Ganny (Brendan Gan), Matty (Matthew Davies), Lockie (Darren Lok)!"

His ability to adapt and the willingness to embrace the local culture by getting in touch with his Malaysian roots on top of what he was able to produced on the pitch meant that his services were being pursued by teams far bigger than Sarawak. A snag in his signing-on fee closed the door on Selangor but another one opened in the shape of JDT. 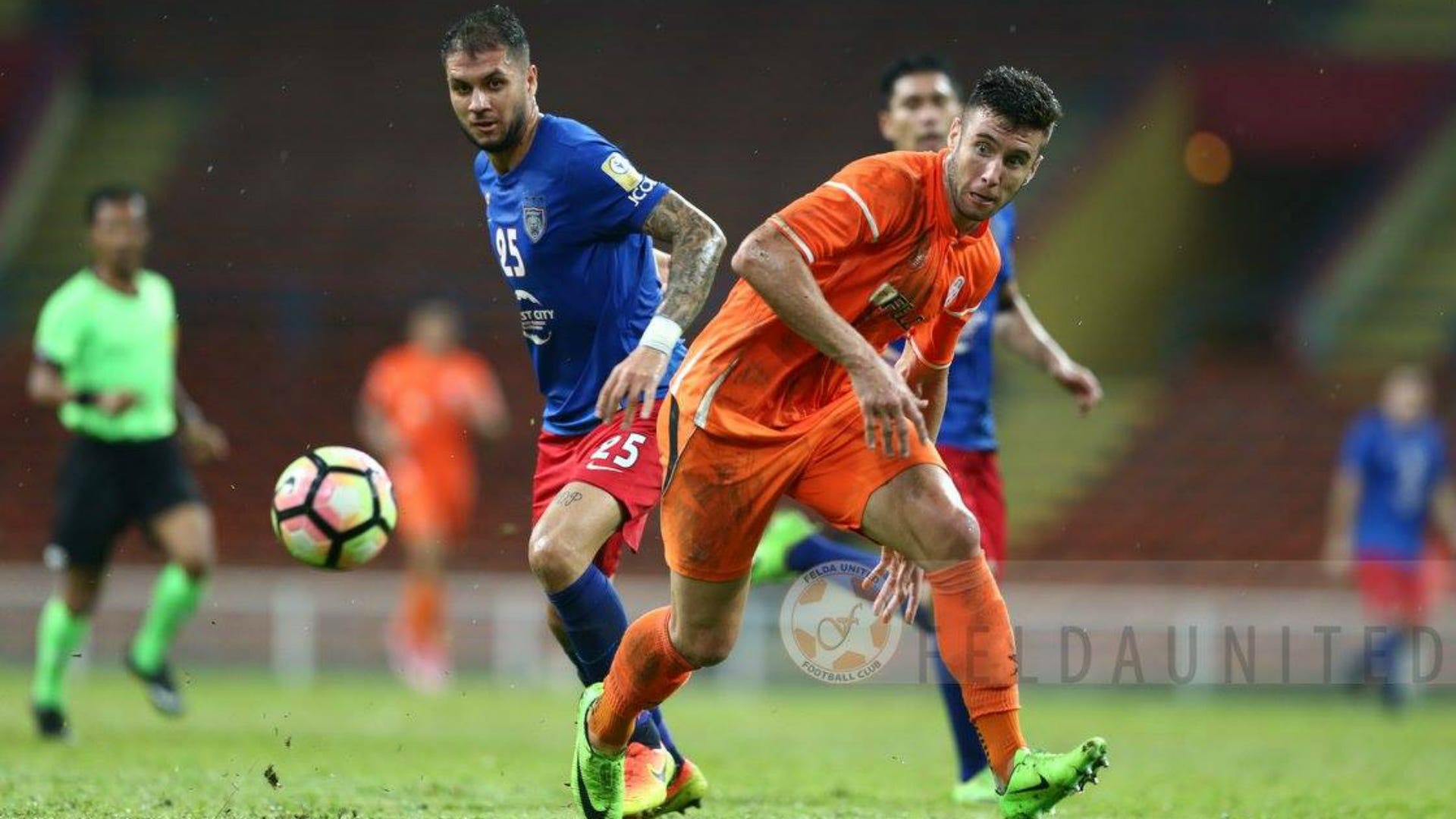 Junior joined the JDT revolution in 2015 and proceeded to pick up three Super League titles (2015, 2016, 2017), an FA Cup trophy (2016), a Malaysia Cup trophy (2017) and an AFC Cup triumph in his first season with the Southern Tigers, enjoying a period of dominance by the club in domestic and continental affairs.

But going to a team like JDT has its drawbacks in that he went from being a regular starter to having to fight for his place even on the bench of the Super League champions. Undeterred, Junior took on the challenge just like he did with everything that was thrown at him since his arrival in Malaysia.

“When you play for someone like TMJ (HRH Tunku Ismail Sultan Ibrahim) and JDT, there are a lot of big players who naturally have big egos. But one thing that stuck to me was that the mentality of winning. It was embedded into us and we had to win games, nothing less. A draw would be considered a loss to us. WIth that came a huge amount of pressure.

"A lot of players who get the call from JDT will say ‘tak nak’ because they are afraid to fight for the place. But to me it was more than that. That is why TMJ and I got on really well. No matter what, even if I was on the bench for four games, when I step onto the pitch I want to give my 100 per cent." 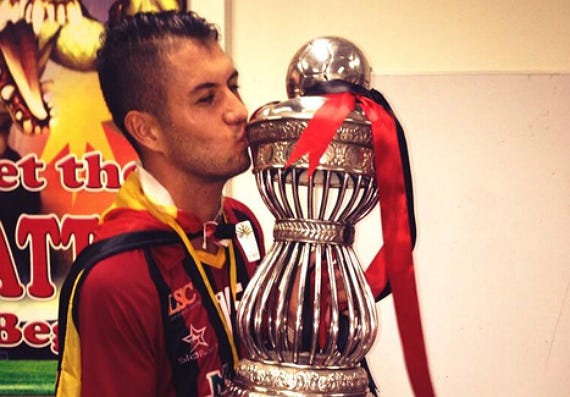 Just when everything was going on the right trajectory, the biggest fear for any footballer started to impact Junior - injuries. Due to his nature of playing through the pain, he found consistent fitness hard to come by but the time away from the pitch also helped him kickstart a different venture that not many of his peers at that time were doing.

Junior saw the importance of diversifying his portfolio and he started his own clothing line business. While this new commitment took Junior to new grounds and opened many other doors, it also saw him slowly but surely no longer putting his full focus into football.

“With my injuries, I became very aware of life after football. A lot of footballers forget that football is a very short career. After football, if you’re not smart with your money, you’ll be in for a very hard time. So I decided to start a side business which was a clothing line. And if I’m being honest, that kinda distracted me from my job on the pitch.

"I was concentrating more on the future and neglecting the present, which was me playing and overcoming my injuries. Decision came at the end of the 2018 season because I'd been away from family for six to seven years. I’ve already won everything domestically in Malaysian football and I felt like it was the right time for me to take a break from football and try to implement my business back home in England."

Now that business foundation is beginning to look solid, it does feel like a new chapter may yet be written in the already remarkable story of Junior Eldstal.