In the final part of our exclusive interview with the Selangor president, Tengku Amir explains his plans for their home ground and fan base expansion.

Ever since the California, US-born royalty was elected to the post back in July 2018, Tengku Amir focused his administration's attention on reorganising the association's structure, regrowing their fan base, as well as on improving its facilities.

While on-pitch success has been limited for the Red Giants so far, they have been showing signs that they are on the right path through more fan engagement initiatives, better marketing strategies and recruitment, and as well as a more serious youth development programme.

Just days before the 2020 Malaysian league resumed on 28 August 2020 following the Covid-19 lockdown, Goal was afforded the opportunity to interview His Highness Tengku Amir, who graciously spent around one hour answering our questions on topics such as their home ground, fans and success timeline.

Goal: Your Highness, Selangor under you seem intent on moving towards becoming a 'proper' club, but at this point in time, the Shah Alam Stadium seems more a liability than an asset. It has recently been closed for renovation again by the state government, forcing your team to move to another ground. Is there a plan to own your own stadium, something smaller and manageable, with surrounding areas that the club can control and develop?

Tengku Amir: We are currently looking for a temporary solution because the Shah Alam Stadium is not safe enough for the fans and players. We need to give space to the state government to figure out how to fix the problems, if we remain there they can only put Band-aid over the problems. We are looking at a few locations, but in terms of huge infrastructure like a stadium, we need to do a lot more analysis, and it is something that His Royal Highness (Tengku Amir's father, the Sultan of Selangor Sultan Sharafuddin Idris Shah) has been concerned about... We will definitely come back to the Shah Alam Stadium. The question is when.

Stadiums need to adapt and so does Shah Alam. We only play there once a week at the most, that comes out to fewer than 25 games per year. So what does it do for the rest of the year? We need to make it more productive, more friendly to the community. Football grounds all over the world are also used as a park, the Singapore Sports Hub has a fantastic sports shopping complex with all the big brands where sports enthusiasts go to buy their equipment. Such a facility also allows local teams, private clubs to train there throughout the week, and this model is something that the Shah Alam Stadium needs to adopt. It needs to be a location that is engaging and activated throughout the whole year, if not it's going to cost the government a lot of money just to keep the lights on.

Owning our own stadium would be fantastic, but I don't see that happening in the near future. For me, having a stadium is the golden trophy. JDT (current Malaysian powerhouse Johor Darul Ta'zim) are now consistently winning and doing well, so they can do that. But I'm nowhere near that yet, so I'd rather focus on developing our training facilities first. 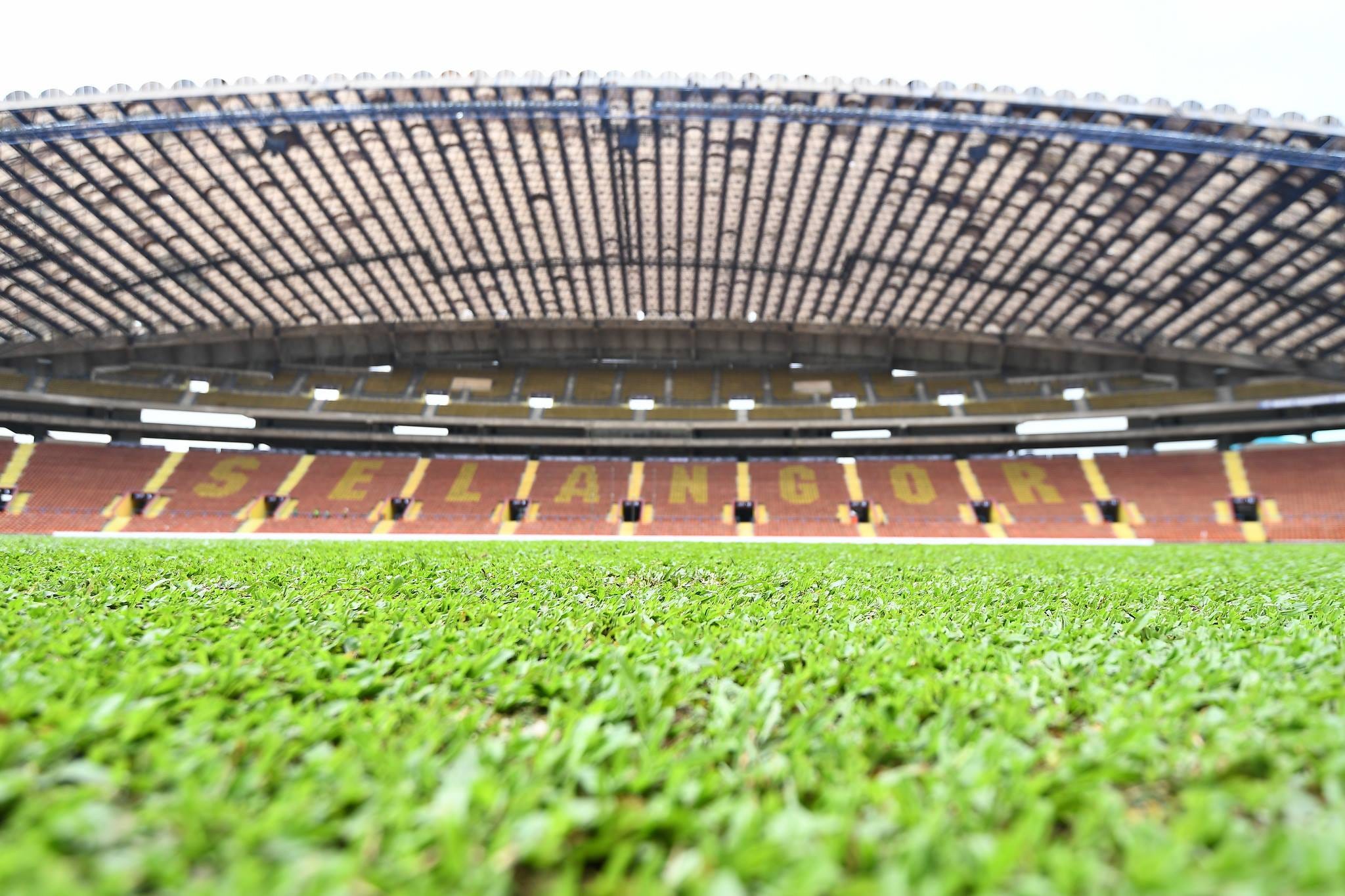 G: What seems to have also exarcebated the issue with your 80,000-capacity home ground, is the fact that matchday attendance very rarely fills it these days. Is there a plan to rectify the mediocre fans turnout?

TA: In my first game as president, there were fewer than 1,000 fans in attendance, so it was quite a shock, and a huge departure from how it was when I was young. We did manage an increase in fans attendance from 2018 to 2019, but it was nowhere where I hoped it would be. Our stadium is a massive stadium and it can feel quiet empty; even when there's a crowd of 20,000 to 30,000, it's still less than half.

The team and players have one day of the week to convince the fans, while the rest of the week, it's up to the club. We need to come up with promotions, games, social media posts as these interactions build up and maintain the fan base. We've also visited schools around the state with the hope of generating new fans.

G: While all these initiatives are crucial, there's still the conventional view that Malaysian clubs will hang on to their fans more effectively by obtaining good results on the pitch.

TA: Even I want results, but we're looking to inculcate the mentality that fans are fans through thick and thin. We want them to support us; to tell us on our bad days "You did not do as well as the last time." Be critical, but be positively critical. Don't simply bring us down to the extent that it veers towards racist behaviour territory. We don't want that because it isn't fair.

In general I think it (match attendance) is not just a football issue. People are drawn towards excitement, and that's why you see semi-final and final matches attended well, because it's one step closer towards winning.

G: Your own supporters can be a bit of a mixed bag it seems, Tengku. One one hand they have been publicly accused of racism twice under your administration alone. But on the other, they willingly offered to let the association keep the money for the 2020 season passes they have purchased, while the club ultras spent money to take part in the Local Giants programme. What do you make of them, after two years as president?

TA: Selangor fans are just like any supporters around the world. It's obviously hard to please everyone, but the important thing is that the club will not exclude anyone. We want to be inclusive and bring everyone closer because they're our number one stakeholder whereas in the past, they were neglected.

I always tell the management to engage the supporters and bring them closer because the team only plays one game a week at the most. What about the rest of the week? We don't exist? No, we have to do something about it. I also tell the team to always listen to the fans' feedback because there is bound to be positive criticism that we can adopt. 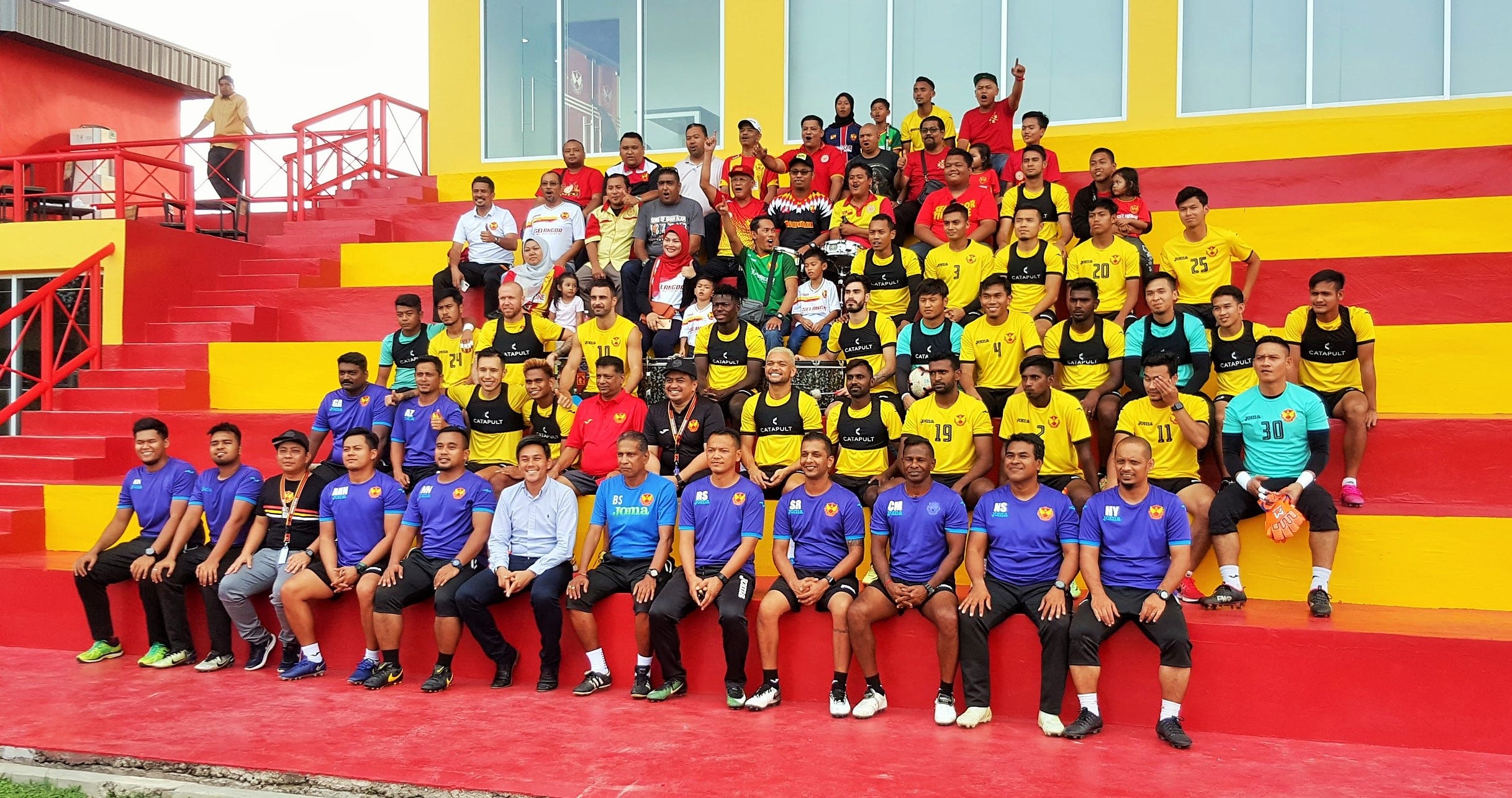 Selangor and some of their fans in 2019. Photo by Zulhilmi Zainal

G: Your Highness, you mentioned wanting the Selangor fans to support the team consistently instead of being swayed by the results. But surely winning still matters to you; how much longer do the supporters need to wait for the first silverware of your presidency?

TA: Give me about a month! (Laughs)

If I don't say this, then what am I doing here? If we're not eager to win, we have no business playing the sport. I really believe we can win, even if we're only taking part in two competitions (Malaysia Super League and Malaysia Cup) this season.

We have a chance. My players work really hard but at the end of the day, they have a smile on their faces. That says a lot about their state of mind at the moment. They're ready.

G: Silverware is one thing, what about the Super League title? Is it going to be longer until Selangor win the league again?

TA: It's going to be tough because we're currently five points behind [league leaders JDT] with only seven matches to go. It's not impossible, and I do expect us to eventually be one of the major challengers at the top against JDT.

G: Thank you very much Your Highness for spending time for this interview. Good luck to you and your team.