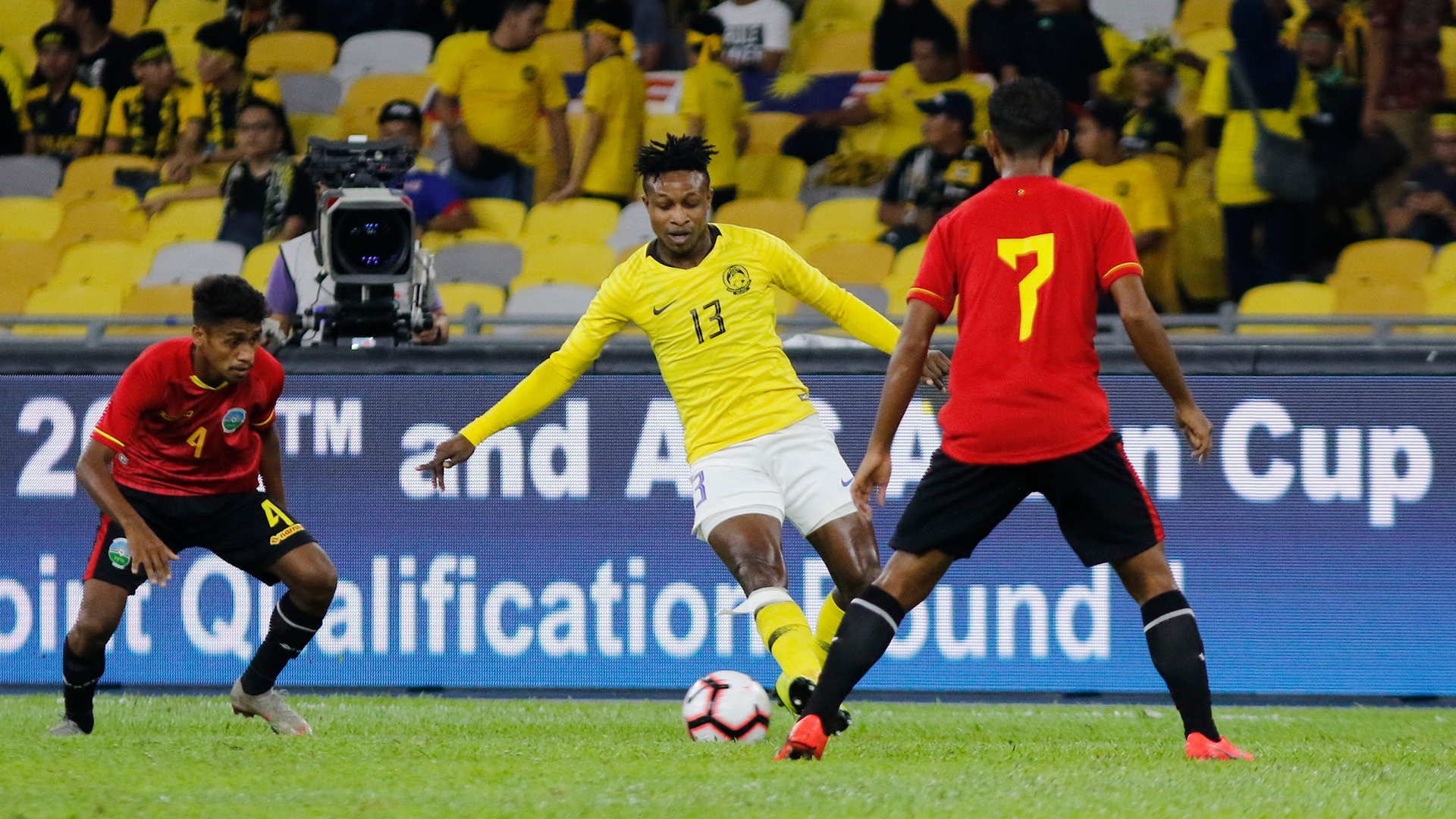 When the ref pointed to the spot in the 58th minute of Malaysia's match against Timor-Leste, both Sumareh and Shahrel wanted to convert the penalty.

Malaysia forward Shahrel Fikri Fauzi netted a hat-trick in their 5-1 second leg World Cup/Asian Cup play-off win over Timor-Leste on Tuesday, despite him missing from the spot midway through the second half.

After Akhyar Rashid was brought down in the Timor-Leste box in the 58th minute, referee Araki Yusuke pointed to the spot, and Mohamadou Sumareh and Shahrel both stepped up to have a go. After a brief discussion, Sumareh relented and Shahrel, who at the point has scored two goals already in the match, was allowed to convert the chance.

Unfortunately, the Perak striker's attempt was guessed correctly by custodian Fernando Da Costa, and the chance went begging. Luckily for Shahrel, he would eventually go on to score his third goal, a well-worked solo strike that he produced after dispossessing a defender from near the halfway line.

When met after the match, Sumareh briefly described the discussion that took place between him and Shahrel in the run-up to the penalty.

"I was like, 'I've scored one goal, let me take this one'. Then Akram (midfielder Akram Mahinan) came and he went 'I've never scored for the national team, let me take it'. But Eky (Shahrel) came and said he was on two goals, so I let him have it.

"He couldn't score in the end, so maybe he should have given it to me! That way everyone's happy. But it's okay, these things happen," said the Pahang winger in response to a question by Goal.

On a more serious note, the Gambian-born naturalised player was buoyed by the attacking options now available to Malaysia, especially now that they are through to the group stages of the qualifiers.

"We rotated players in the second game but those who came in still did well. From the defence to the attackers, we can rotate and the coach is doing a good job.

"Everyone's doing well playing the ball on the ground, and we have many attacking players. Akhyar is there, Safawi [Rasid] is there, and our attacking is brilliant. Everyone's hungry and eager to play, we're heading in the right direction.

"We're getting to know each other better the longer we play together. So if the same set of players are maintained, I have confidence that we can go far [in the qualifiers]," explained Sumareh.