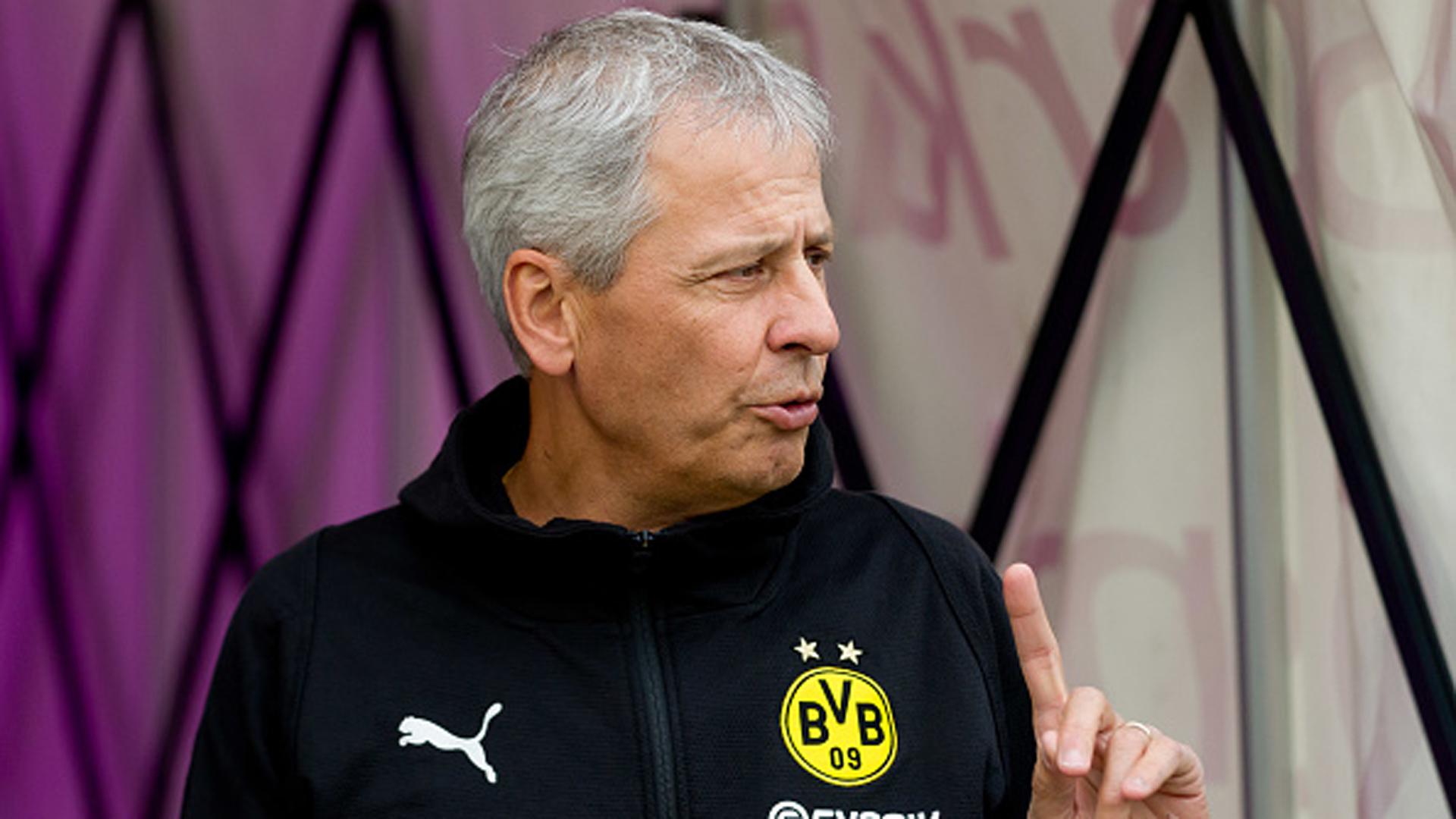 The manager was happy with his side's performance as the Bundesliga returned to action, though he admitted it wasn't a normal experience

Borussia Dortmund manager Lucien Favre was happy to see his side thrash rivals Schalke 4-0, though he admitted the match behind closed doors was "very, very strange."

The Bundesliga became the first major European league to return from its coronavirus suspension on Saturday, with the Revierderby between Dortmund and Schalke the highlight of the weekend's set of fixtures.

Dortmund were much the better side in the match at an empty Signal Iduna Park, with Erling Haaland opening the scoring before a double from Raphael Guerreiro and a goal from Thorgan Hazard completed the rout.

Though there was football on the pitch as usual, there were plenty of indications that the sport had been reshaped, including Haaland's socially distant celebration for his opener.

Favre said it was fantastic to see his side return with a win, though he confessed that the entire occasion was not the same without fans.

"4-0 against Schalke – that's quite good," Favre said. "The key was that the team played well together, also defensively. That was very, very special.

"You shoot at the goal, make a top pass, a goal – and nothing happens. That's very, very strange. We really miss our fans.

"It was a completely different game than usual. It's hard to judge how good the game was. I had the feeling that it wasn't as committed as planned. The players were very focused on their task."

Schalke manager David Wagner concurred with his opposite number, calling the atmosphere "bizarre" – though he was clearly much less satisfied with the outcome of the match.

"We didn't play a good game, and at really bad moments we conceded the goals. At least two goals would have been easy to defend," Wagner said.

"Derby defeats are unpleasant in principle, even in this bizarre atmosphere.

"The feeling of the second half of the season is not there yet. The situation is quite extraordinary. I don't think we had any major physical deficits. We had deficits in defending the right spaces.

"The speed advantage in the Dortmund game is also due to the situation. Every game is an opportunity to do it better."

With the win, Dortmund moved to within one point of first-place Bayern Munich, who play at Union Berlin on Sunday.