Goal look back at the 1-3 win over a Keisuke Honda-led Cambodia and focus on 5 talking points that Tan Cheng Hoe and his staff have to mull over.

It was the injection of confidence needed after the drab performance losing to Chinese Taipei last Friday and in front of a partisan crowd in Phnom Penh, Tan Cheng Hoe's team showed application, bravery as well as nous to drown out a vibrant Cambodian side buoyed by the arrival of one of Asia's leading lights.

Three goals in the second half overturned a 1-0 deficit from the first half as Shahrul Saad, Syazwan Andik and Shahrel Fikri all found the back of the net to complete a commendable comeback. Goal pick the bones from the win that prolonged Malaysia's supremacy over Cambodia since 1971.

Plan B ready and in place

Despite making five changes to the starting line-up compared to the side that started against Chinese Taipei, Tan still maintained his preferred formation of 4-3-3 with a variation to 4-1-4-1. It was a formation that he stuck to for almost the entirety of the Chinese Taipei match and one that was at least used against Cambodia until Nasir Basharudin had to be hauled off injured.

In came Azzizan Nordin and the Sabah midfielder stayed much closer to the base of midfield which meant a slight change of formation to a 4-2-3-1. Azzizan's entry into the match gave a bit more calm to the Malaysian play and provided the shield in front of the defence alongside Akram Mahinan.

But the real turning point of the match came in the second half when Nazmi Faiz and Mahali Jasuli were replaced by Shahrel Fikri and Amirul Azhan respectively. That meant Malaysia evolved into a more conventional 4-4-2 with Shahrel playing closer to Zaquan Adha in attack and giving the latter more support.

The changes showed the tactical flexibility of Tan that wasn't present in the Chinese Taipei match. Malaysia started to gain control of the match against a fast tiring Cambodian side that has spent a lot of energy with their high pressing in the first period. 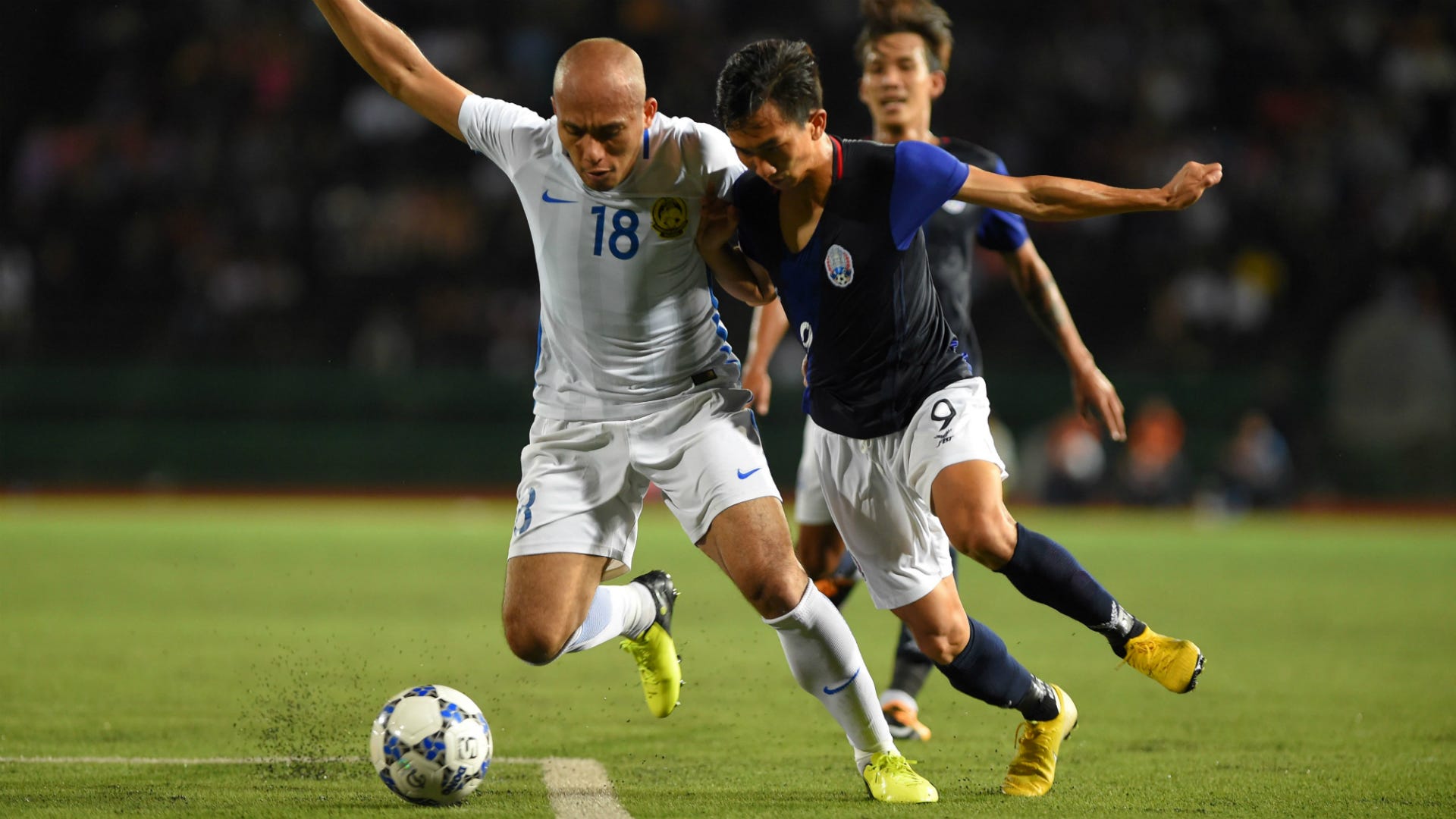 Right back and Mahali no longer the right fit

A star of the 2010 AFF Suzuki Cup winning side in the right back position, Mahali Jasuli has over recent seasons moved away from that position. Thrusted back into the defensive role for these two matches against Chinese Taipei and Cambodia, Mahali looked like a stranger trying to adapt to a new position.

Despite his experience, Mahali failed to recognise the danger posed in the concession of the opening goal to Cambodia. With two Cambodian players at the back post with him, Mahali did not signal for his team mates to drop in to support him and in the end, he was outnumbered in the situation and did not know who to pick up when Thierry Chanta Bin floated in the free kick.

To his credit, Tan also noticed that Mahali was struggling and decided that a more recognisable right back these days in Amirul Azhan was needed to cull the threat of former PKNP FC's Keo Sokpheng. Amirul immediately looked more assured in that role and gave Malaysia's defence a more resolute look. It was also helpful that Amirul came into the side to play alongside his club centre back in Shahrul Saad.

The game changer, the difference. That was what Shahrel Fikri was in the time that he was on the pitch. Not given enough time against Chinese Taipei to show his quality, this time around Shahrel was called into action much earlier and he completely changed the game for Malaysia.

Having spent half of this season with Thai club Nakhon Ratchasima, Shahrel is definitely reaping the benefits of training and playing with players of superior quality. His touch and movement showed him as one of the better technical players on the night for Malaysia.

It was his header that created the equaliser for Malaysia, a forceful run combined with the awareness that created the winning goal and not to forget his quick turn of pace that opened up the space for his to score his first international goal - all three goals Malaysia scored on the night had a Shahrel stamp on it. 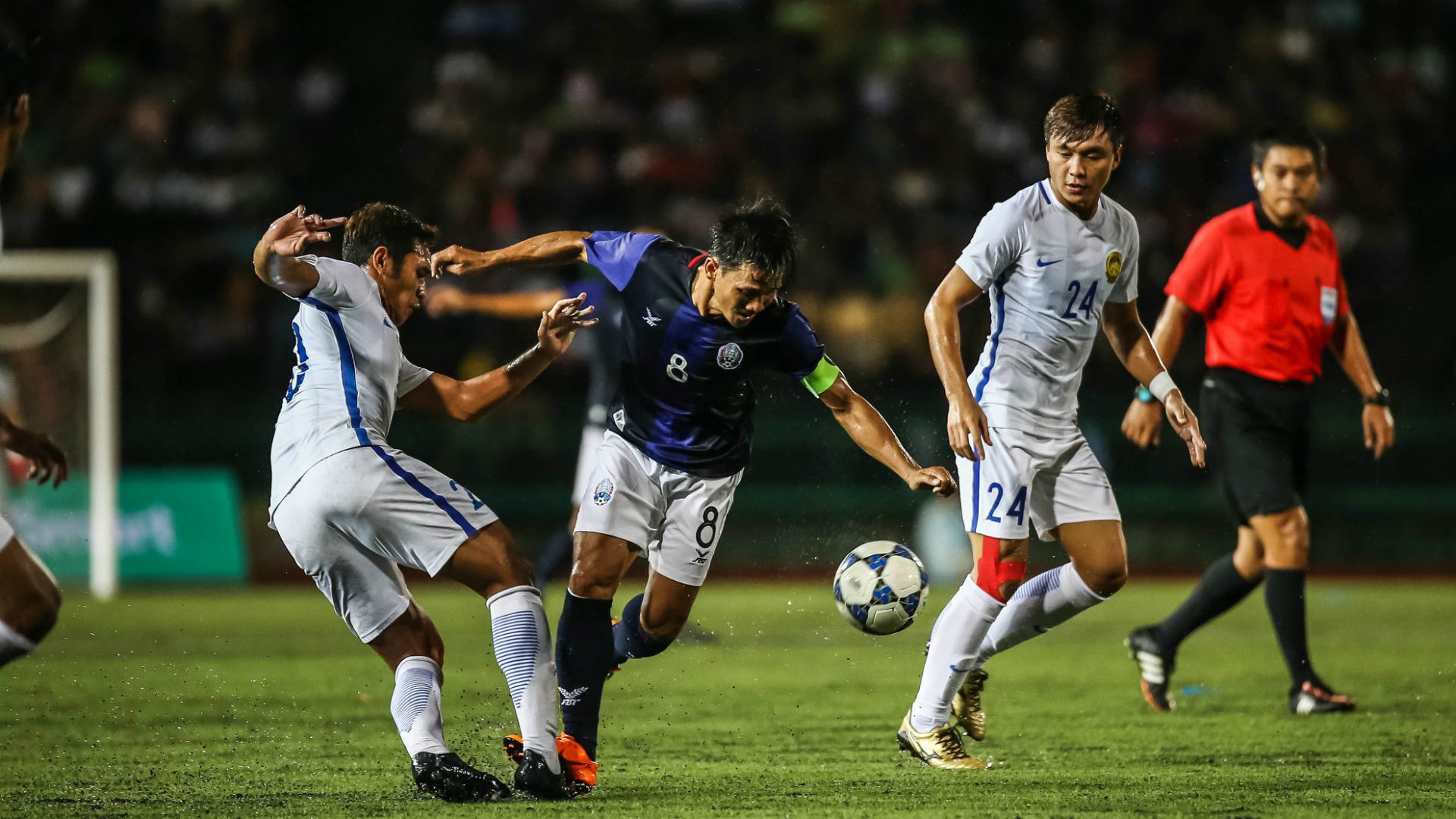 Rawilson the better partner for Shahrul

For the match against Cambodia, Tan opted to make three changes in his back five with Farizal Marlias, Fazly Mazlan and Irfan Zakaria all dropping out for Khairul Fahmi, Syazwan Andik and Rawilson Batuil respectively. It is hard to argue that the latter three all had a creditable outing in Phnom Penh.

Irfan has made a name for himself as a centre back playing for the Ong Kim Swee's Malaysia U23 but it's a different kettle of fish with the senior team. The Kuala Lumpur player looks a steady influence in a back three but do not display the same authority when used in a two-man central defensive partnership.

Rawilson may be raw at this level but is much more comfortable being in a back four than Irfan. The Sabah captain has good pace and physical attributes that also allowed him to shine alongside the more experienced Shahrul. It is also worth to note that his club team mate in Azzizan also more than showed he deserved another chance with a creditable performance in the centre of midfield.

Slow start must be a concern

Just like in the previous match against Chinese Taipei, Malaysia started very slowly against Cambodia. The first 20 minutes of the match would have been both terrifying and disappointing for any watching Malaysian fans.

Tan's side just did not get to grips with the conditions of the pitch nor style that Cambodia were enforcing on them. It took until midway through the first half for the Malayan Tigers to settle down and by then, they were already trailing by one goal.

When the Suzuki Cup comes around, there will be no chance for Tan's team to slowly take their time to warm up. The tenacity and application have to be there right from the kick off or risk having a mountain to climb when they eventually start playing.

With the team to return to the same stadium in Phnom Penh for the Suzuki Cup, Tan must also ensure that the players feel at home on a synthetic pitch and not be caught out using that as an excuse if things go badly.