Goal.com cartoonist Omar Momani gives us his unique take on the football news of the day...
All of England was a stage and all the players merely, erm, players, but it was Roberto Mancini's Manchester City side who proved the star performers in the Premier League's most stunning piece of drama yet.

Their stoppage-time triumph to come from behind to beat QPR 3-2 at the Etihad Stadium was straight out of a brilliant script and made for astonishing theatre as Manchester United, winners at Sunderland, had the trophy snatched away at the last second. 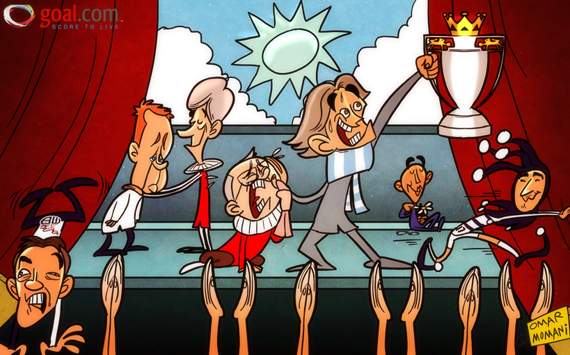