Causeway Derby rivals Malaysia and Singapore were both knocked out of the 2016 AFF Cup at the group stage recently.

The 2016 AFF Cup is not a competition to remember for both Causeway Derby rivals; Malaysia and Singapore.

In the inaugural edition in 1996, Malaysia were beaten by Thailand 1-0 in the final, while Singapore's campaign ended in the group stage.

Two years later, Singapore captured their first ever AFF Cup title while Malaysia crashed out at the group stage with just one point and no goal scored, their worst ever AFF Cup campaign to this date.

In 2000, Malaysia made it to the semis while Singapore did not progress beyond the group stage, and the situation was repeated in the 2002 edition.

In the 2004 edition which was co-hosted by Malaysia, both sides qualified for the semis, a first in the tournament's history, but only Singapore got into the final, with the Lions emerging as champions for the second time.

The 2007 edition, co-hosted by Singapore, saw them face Malaysia in the AFF Cup semi-finals for the first time, with Singapore winning the encounter in a penalty shootout, and eventually defending their title.

The 2008 edition saw Malaysia crashing out at the group stage, while Singapore were knocked out in the semis.

Malaysia captured their first ever AFF Cup title in 2010, with Singapore crashing out at the group stage.

In 2012, both teams made it to the semis, but only the Lions reached the final, eventually capturing their fourth ever title.

Two years later, Singapore finished third in Group B behind Thailand and Malaysia, with Thailand eventually defeating Malaysia in the final. 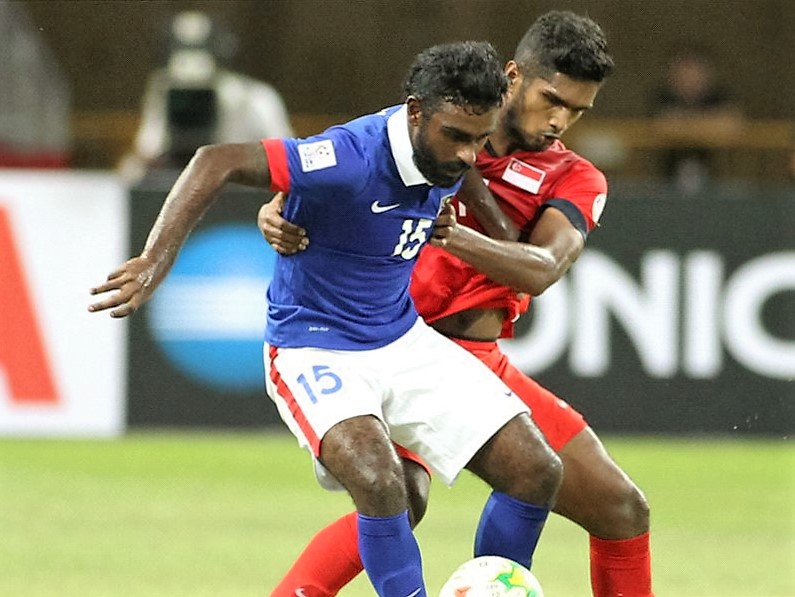 Malaysia's Gary Steven Robbat vies for the ball with Singapore's Hariss Harun in the 2014 AFF Cup. Photo by Asiana

And after the group stage of the 2016 AFF Cup concluded recently, both Malaysia and Singapore failed to advance to the knockout stage.

Perhaps now both countries, whose football histories have involved each other for a long time, need to sit down together and discuss what went wrong in their 2016 campaigns