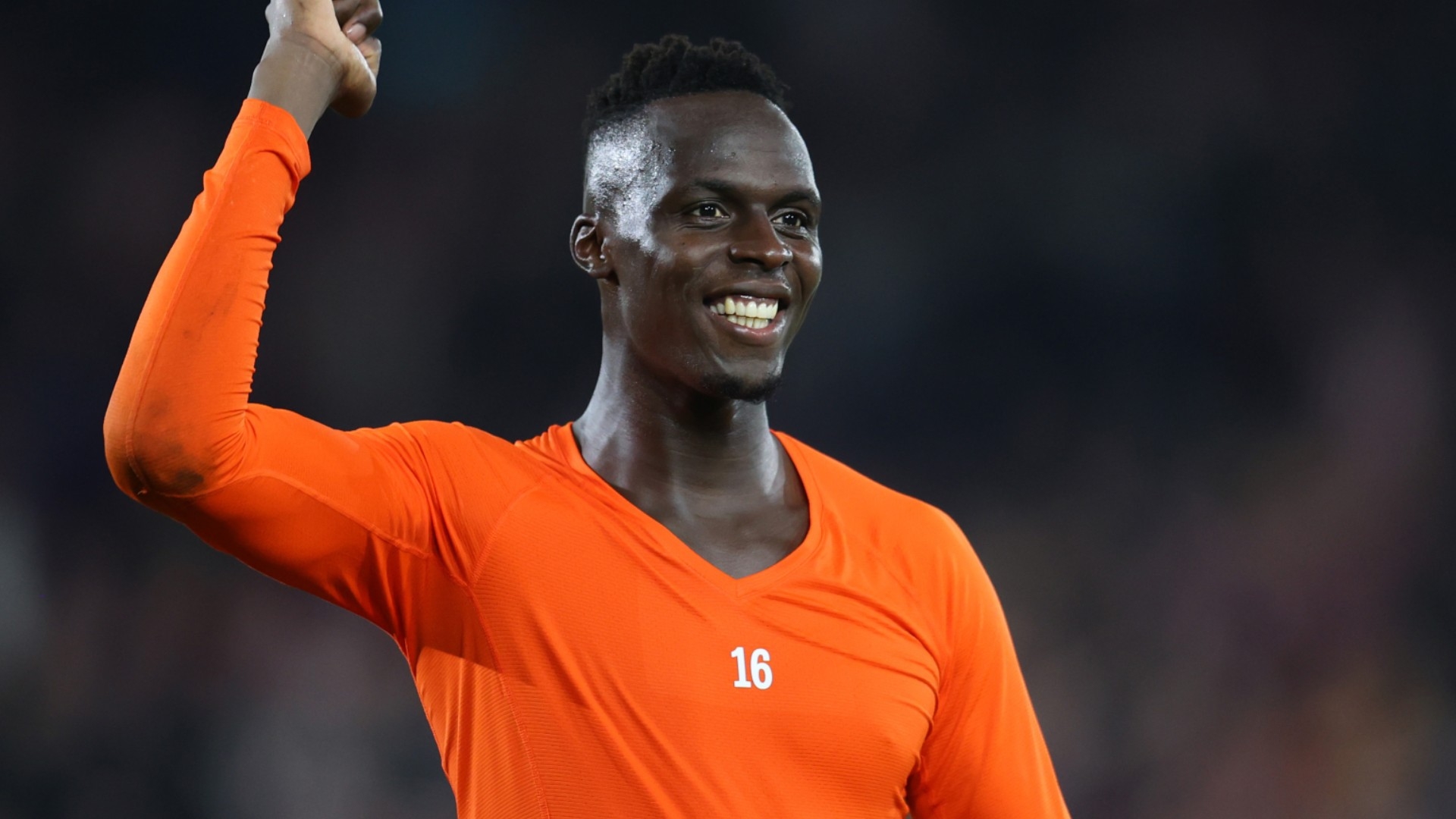 Edouard Mendy has become used to being doubted.

Whether it was when he found himself unemployed and facing up to a change in career back in 2016, or when eyebrows were raised as to why Chelsea were spending £22 million ($29m) on him 12 months ago, the Blues goalkeeper has routinely been underrated and misunderstood.

Perhaps, then, it will have come as no surprise to Mendy that, despite a stellar year between the sticks at Stamford Bridge, he was left off the 2021 shortlist of nominees for the Ballon d'Or.

"It is unacceptable. I do not understand," fumed Mendy's Senegal team-mate Sadio Mane upon hearing the news during the international break.

Mendy, though, was far more understated in his reaction.

"Honestly I am already very proud to represent my country and be among the 10 best goalkeepers in the world," he said, referencing his nomination for France Football's Yashin Trophy, which awards the year's best shot-stopper.

“In just one year [at Chelsea], it's a very good thing. I'm not satisfied with that, I have a lot of ambitions but it's already a good step.

"There will always be debates, whether it's about me or someone else. It is down to the freedom of the votes of the [Ballon d’Or] journalists and they must be respected.”

Mendy, you see, likes to do his talking on the pitch, and though his words suggested he does feel he has a point to prove, his performance against Brentford on Saturday certainly did.

Though Ben Chilwell scored the only goal in the Blues' 1-0 win at the Brentford Community Stadium, it was Mendy who proved to be the match-winner for Thomas Tuchel's side.

Despite the Bees having 17 shots in the game, including seven on target and five of those from inside the penalty area, Mendy and his defence held firm, with the ex-Rennes star making gradually more impressive saves as the match edged towards the final whistle.

"They could have easily scored, we have to admit that, but Edou was too strong and it is three points for us," a relieved Tuchel admitted post-game, having seen Mendy produce a point-blank save with his face to deny Pontus Jansson before tipping Christian Norgaard's stoppage-time bicycle kick over the bar in the closing stages.

His performance, though, was not just about saves, with the 29-year-old also proving a commanding presence when dealing with crosses while showing great awareness and positioning to cut off through-balls into the path of the onrushing Ivan Toney.

"Mendy was world class," Thomas Frank told reporters after the match. "I think he has been crazy good for Chelsea. I said to him that it was a little bit annoying that he was so good today, and I praised him.

"If you want to win anything as a team or a club, you need to have a fantastic keeper and a very good No.9. Chelsea have one of the best No.9s in the league with [Romelu] Lukaku, but we kept him quiet today. But we couldn't get past Mendy.

"Chelsea should praise themselves for [signing] Mendy because there have been a lot more chances created against Chelsea than Man City or Liverpool. It's because they have a good goalkeeper why they're number one in the league."

Someone explain why he’s not nominated for the ballon d’or 🤔🤔🤔 What a performance... EDOUARD MENDY 💪🏾

Frank is right. Opta's expected goals (xG) data shows that Mendy's saves have prevented Chelsea from conceding at least three more goals than they usually would have done this season - the best for any Premier League 'keeper in 2021-22.

Though he broke the record for the most clean sheets for an English team's goalkeeper in a single Champions League campaign, that defensive record was often regarded as being due to the organisation and discipline Tuchel instilled in his squad, rather than through individual brilliance from Mendy.

He did perform excellently in the second leg of the Blues' semi-final win over Real Madrid on their way to becoming European champions, but any other specific contributions were limited.

Perhaps, though, more needs to be made of why Chelsea have new-found confidence in defence, regardless of who is playing there. It is surely no coincidence that they now look far more comfortable with Mendy behind them than they ever did with Kepa Arrizabalaga; a consequence of having one of the world's very best to bail them out if mistakes are made.

And that is where Mendy's standing in the game now should be. Gianluigi Donnarumma is the only goalkeeper among the 30 Ballon d'Or nominees, with the Italy international regularly named alongside Manuel Neuer, Alisson, Jan Oblak and Ederson as one of the best in his position right now.

Mendy, though, now needs to be considered among that elite group, both because he deserves to be thanks to his performances, but also to show that the footballing world is trending in the right direction in terms of equality.

Absolutely nothing gets past Mendy ⛔️ pic.twitter.com/OJ3sy2Vcuo

"We must work double," claimed Mendy's compatriot Kalidou Koulibaly when discussing his international team-mate's Ballon d'Or snub, noting that being a Black goalkeeper may have hurt Mendy's chances of individual recognition.

Though the debate over whether solo prizes should be given such prominence in a team game rumbles on, there is no doubting the symbolic importance of winning, or even being nominated, for an award such as the Ballon d'Or for under-represented communities.

And therein lies perhaps the biggest error in failing to nominate the first African goalkeeper to ever win the Champions League. Placing him on that deserved pedestal would have given hope to other Black players around the world who may previously have been prejudiced when it came to their ability between the posts.

"A lot of people don’t see Black goalkeepers. There’s a common perception that he has got a mistake in him," Leyton Orient goalkeeper Lawrence Vigouroux said this week. "I have had to battle through that my whole career.

"It's not just me, there’s loads of other Black goalkeepers who have had to deal with it. It is something that I think is changing. I look at Mendy at Chelsea. I had never heard of him when he signed for Chelsea but he has been amazing.

"He has paved the way for a lot of Black goalkeepers. We can look at him as a reference for what he has done in the recent past especially."

And so while Mendy may not have got the recognition he deserved this year from those who hand out the game's biggest awards, he is potentially doing something much bigger with his performances for Chelsea.

That is not to say that he should be given a token nomination. His performances in west London would justify receiving such an accolade.

The Blues are certainly relieved to have him, with Antonio Rudiger - who missed the Brentford game through injury - probably putting it best on his Twitter on Saturday evening.

"Someone explain to me why he's not nominated for the Ballon d'Or. What a performance - Edouard Mendy."