The 2018 World Cup will feature some of the best teams in the world, but is there a 'Group of Death'? Goal takes a look

At every major tournament teams hope to avoid being drawn in a 'Group of Death'.

The sinistrous moniker is used to describe a group that is felt to be particularly difficult and there have been plenty of instances in various competitions over the years.

The draw for the 2018 World Cup threw together some fascinating match-ups, pitting some of the tournament's contenders head-to-head in the early stages.

Ahead of the big kick-off on June 14, Goal takes a look at the 'Group of Death' at Russia 2018, as well as casting an eye over famous examples from previous editions.

What is a 'Group of Death'?

A 'Group of Death' is a group at a tournament which features a high number of teams that are perceived to be strong enough to secure qualification to the next stage.

In the World Cup, for example, there are two qualification places available to four teams in each group. A 'Group of Death' usually features at least three teams of a similar high standard and, in some cases, even four.

Generally speaking, the term is applied to groups containing top class teams, but it has also been used to describe highly competitive groups which do not necessarily include traditional international behemoths. 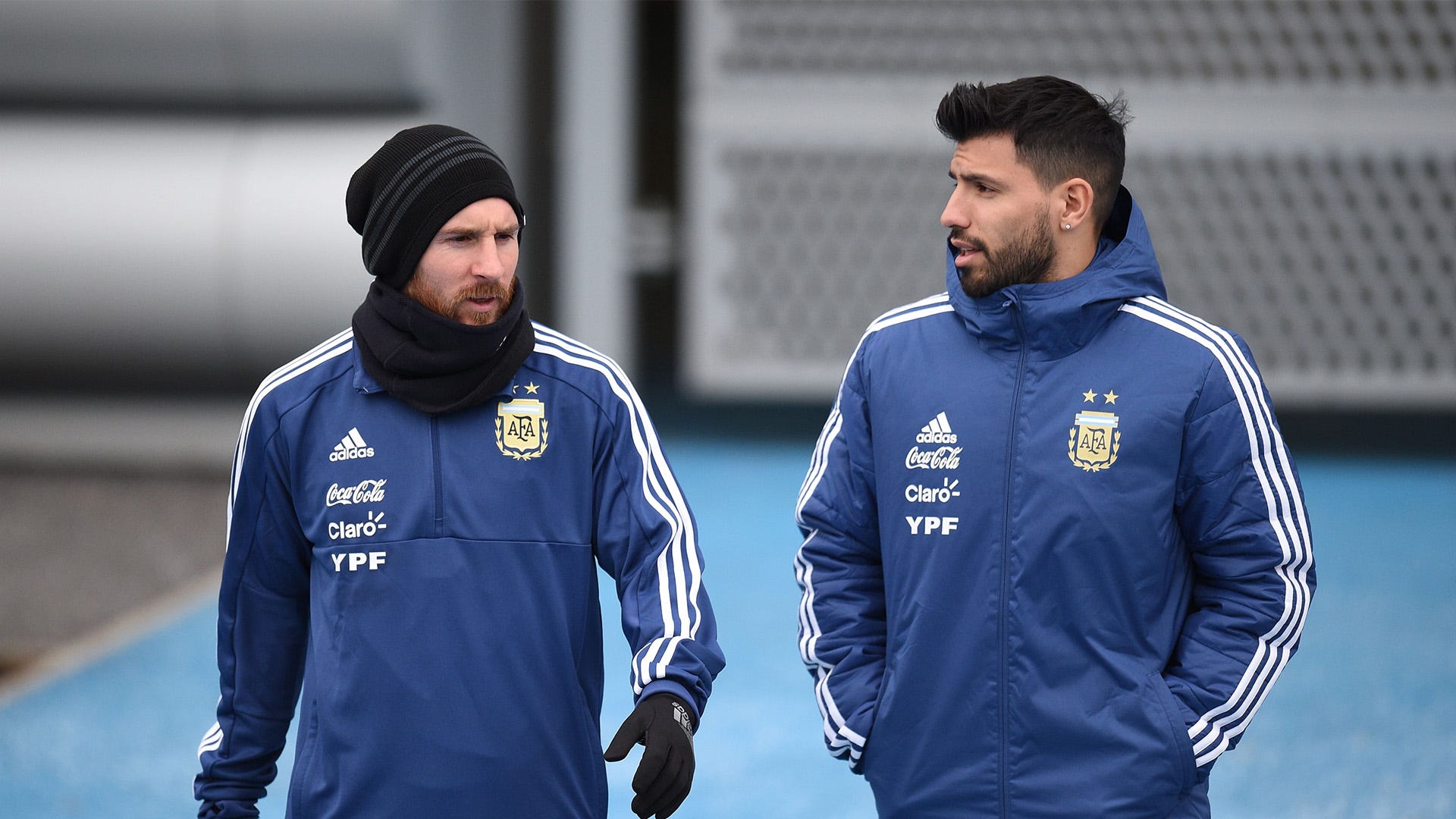 The 2018 World Cup features some interesting match-ups across the eight groups and there are a number of batches that could be considered to merit the 'Group of Death' tag.

Perhaps the most obvious 'Group of Death' in Russia is Group D , which features Argentina , Iceland , Croatia and Nigeria . While there are varying degrees of talent present in each squad they all have the capacity to take points off each other and push for a top-two finish.

Two-time World Cup winners Argentina, who were finalists in 2014, possess Lionel Messi in their ranks and they will be favourites to win the group, but they will not have an easy run at it.

Croatia may not have achieved much at the World Cup since finishing third in 1998, but they are undoubtedly one of the best technical teams in Europe, equipped with players such as Luka Modric and Ivan Rakitic.

Similarly, Nigeria are one of the strongest teams in Africa and they have reached the last 16 of the tournament on three occasions, most notably at the last World Cup, where they qualified from a group that also contained Argentina.

Iceland are competing in a World Cup for the first time in their history and they are not likely to reach the final, but they did finish ahead of Portugal in the group stage of Euro 2016. Indeed, they actually finished top of their World Cup qualification group, ahead of none other than Croatia.

Other possible 'Groups of Death'

Group D stands out on paper as being one of the toughest to advance from, but there are some other groups which could reasonably be deemed a 'Group of Death'.

It may not seen immediately obvious, but Group B should be incredibly competitive. Iberian rivals Spain and Portugal will be favourites to progress, but they are joined by Morocco and Iran, who will not be pushovers.

Another intriguing collection of teams exists in Group E , which includes Brazil, Switzerland, Costa Rica and Serbia. Neymar and co. will be expected to progress, but both Switzerland and Serbia will be difficult to beat, while Costa Rica actually reached the quarter-finals of the 2014 tournament after topping a group containing England, Uruguay and Italy, so they cannot be written off. 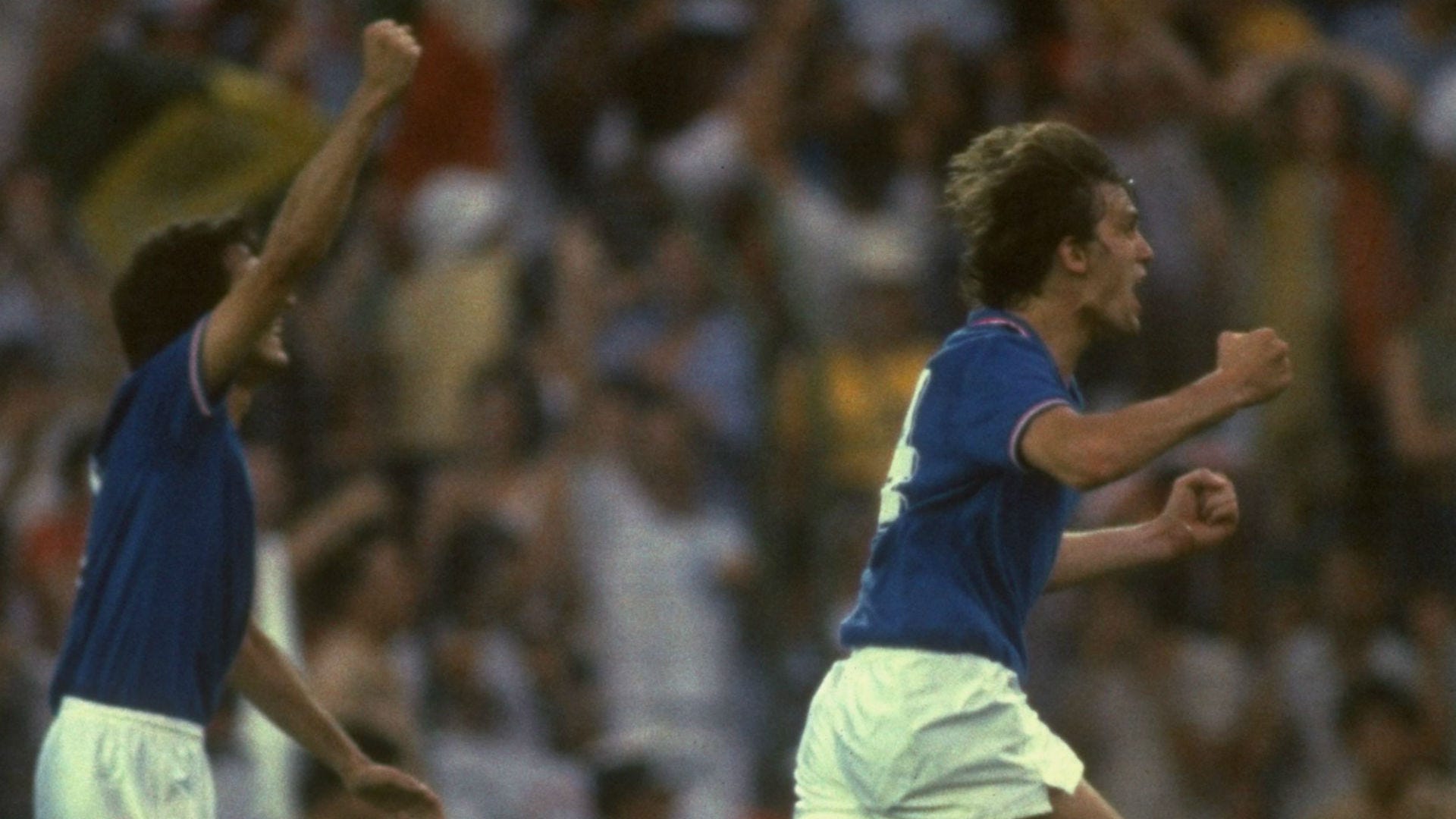 The format of the World Cup has evolved over time and, back in 1982, the second phase of the tournament featured another group stage, with four groups of three.

Group C of that phase of the competition put reigning champions Argentina alongside Italy and their bitter South American rivals Brazil, who were already three-time winners by that stage.

With only one team advancing to the semi-finals it was a tight group, with Italy emerging triumphant after narrowly beating Argentina 2-1 and Brazil 3-2.

The Azzurri went on to win the tournament thanks to the goalscoring exploits of Paolo Rossi, who bagged a hat-trick against Brazil before scoring in the semi-final against Poland and again in the final against West Germany. 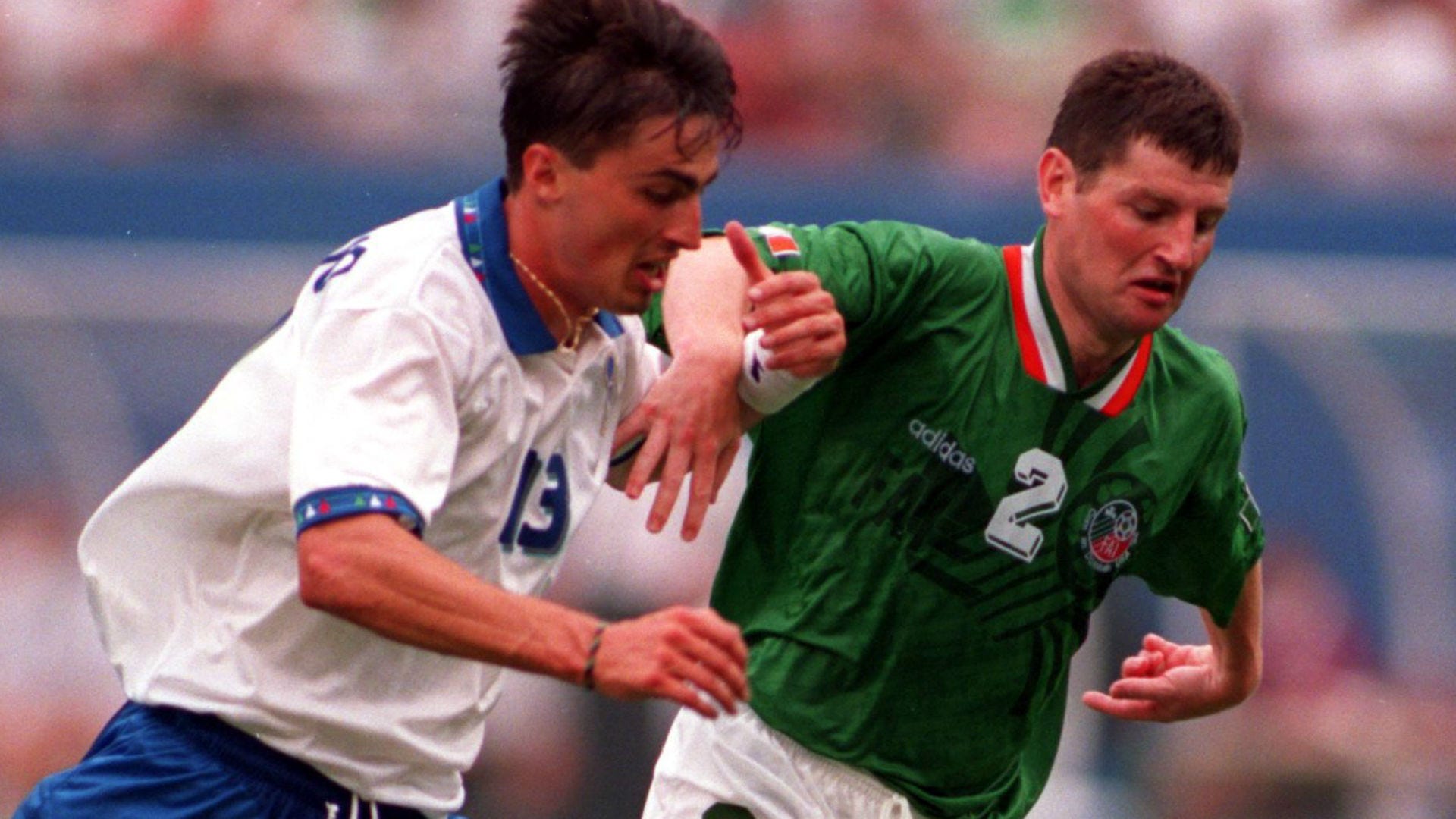 USA 1994 featured a fascinating 'Group of Death', with many commentators describing Group E, which contained Italy, Mexico, Norway and the Republic of Ireland, as the one to watch.

Indeed, it proved to be an intense group and all four teams finished with identical points tallies and goal difference after three games, which was the first - and only - time that had ever happened.

Mexico, with the likes of Hugo Sanchez and Luis Garcia in their squad, finished top of the group having scored the most goals, with Ireland and Italy also progressing.

Despite scraping through to the knock-out stage, the Italians went on to reach the final of the competition, where they were undone by Brazil on penalties. 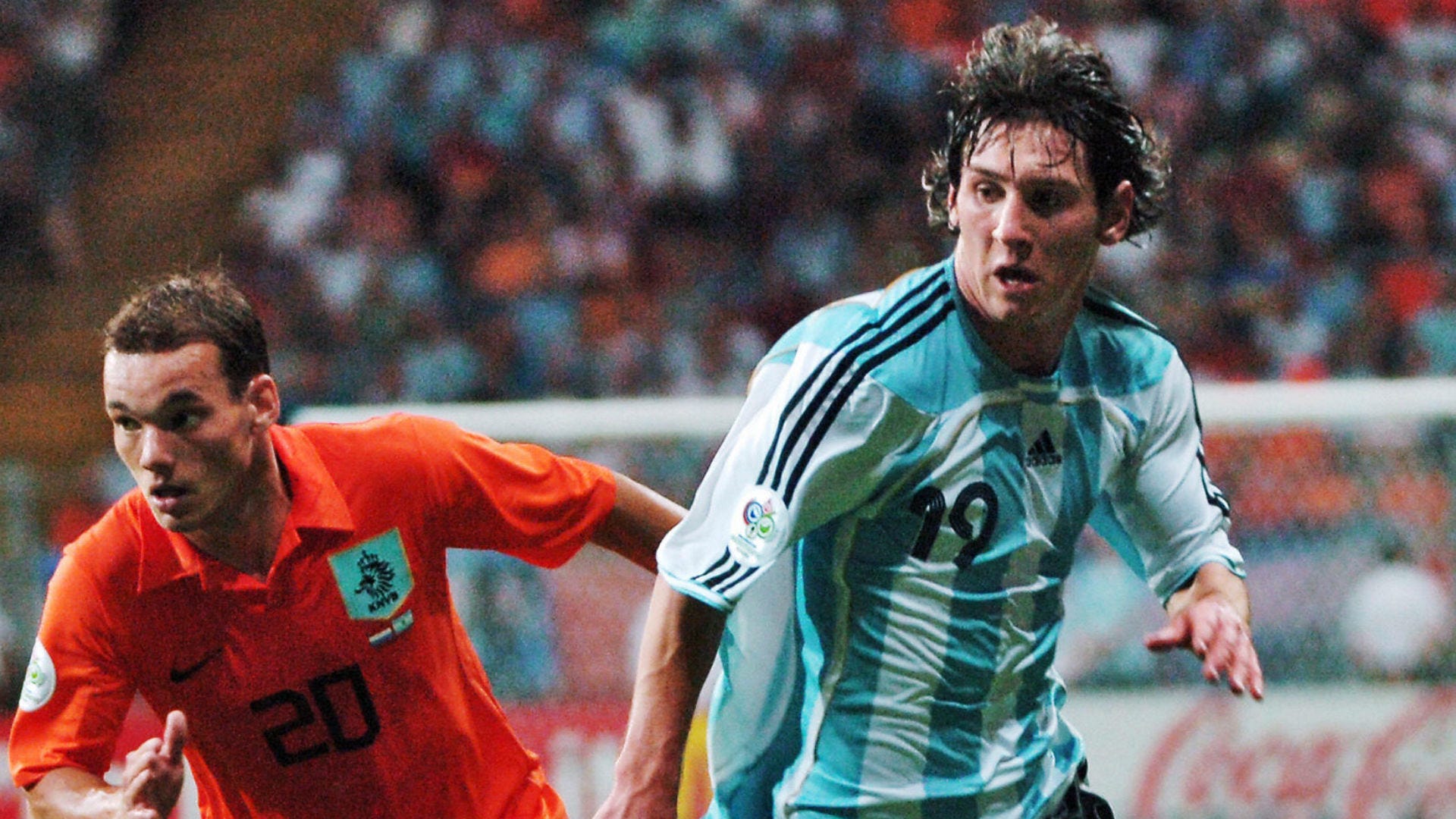 Group C was widely considered to be the 2006 World Cup's 'Group of Death', with Argentina, Netherlands, Ivory Coast and Serbia & Montenegro competing for the two qualification spots.

While only Argentina had qualified for the previous World Cup in 2002, the other teams were recognisably strong, with the Netherlands reaching the semi-finals of Euro 2004, while Ivory Coast were beaten finals in that year's Africa Cup of Nations.

There was also an abundance of stars dotted across each team: Argentina boasted the talents of Juan Roman Riquelme and a young Lionel Messi; the Netherlands had Arjen Robben and Ruud van Nistelrooy; Ivory Coast were led by Didier Drogba; Serbia and Montenegro could call upon Dejan Stankovic and Savo Milosevic.

Argentina and the Netherlands progressed to the knock-out stage after finishing level on seven points each, with the former coming first thanks to superior goal difference.

However, neither team made much of an impact thereafter, with the Oranje crashing out to Portugal in the last 16, while Argentina lost to hosts Germany in the quarter-final. 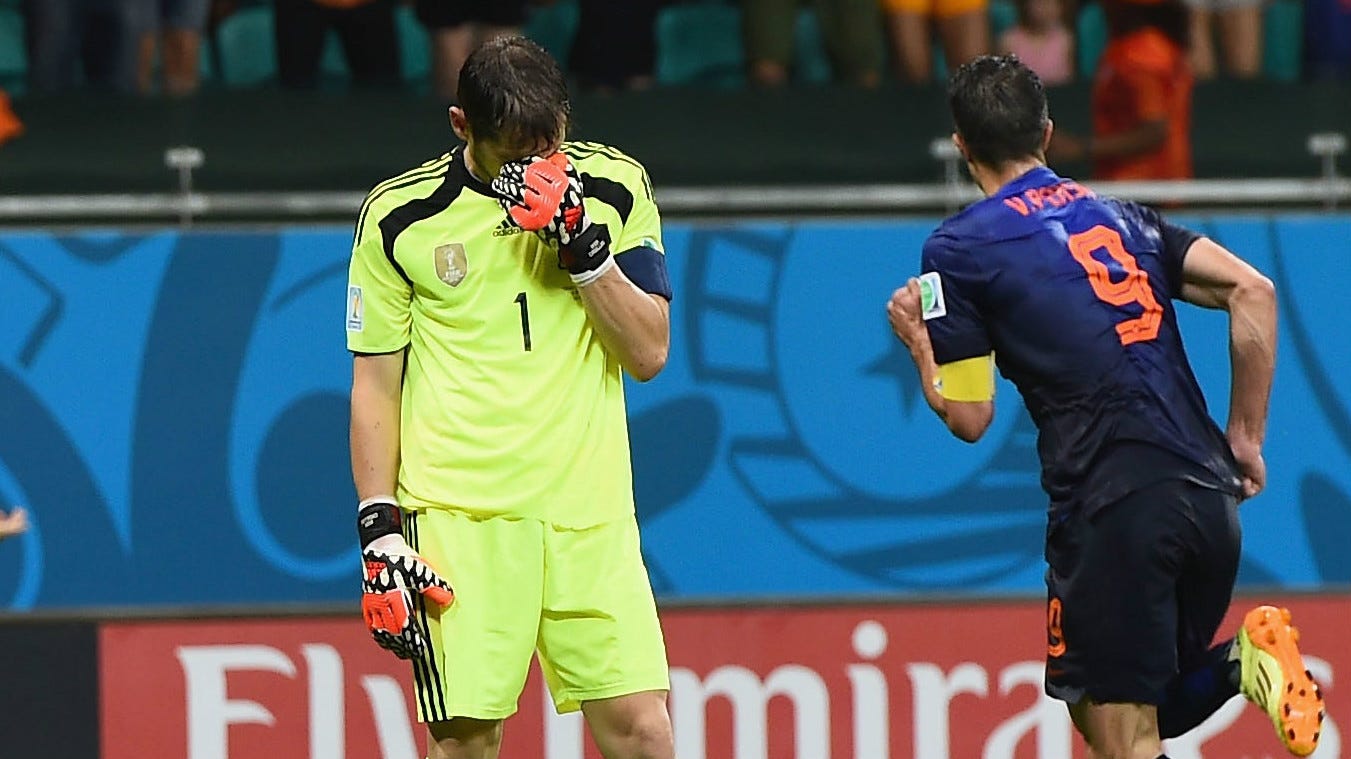 Brazil 2014 served up a number of groups that were considered competitive enough to be described as 'Groups of Death'.

One such example was Group B, which featured the two finalists from the 2010 World Cup - Spain and the Netherlands - as well as Chile and Australia.

The group did not disappoint in terms of drama as Spain suffered a humiliating 5-1 defeat to the Netherlands in their first game before losing to Chile five days later, a result which ended their hopes of progressing to the next stage of the competition.

Louis van Gaal's Oranje reached the semi-final of the competition, where they were eliminated on penalties by Argentina, and they ultimately finished third by beating hosts Brazil in the third-place play-off. 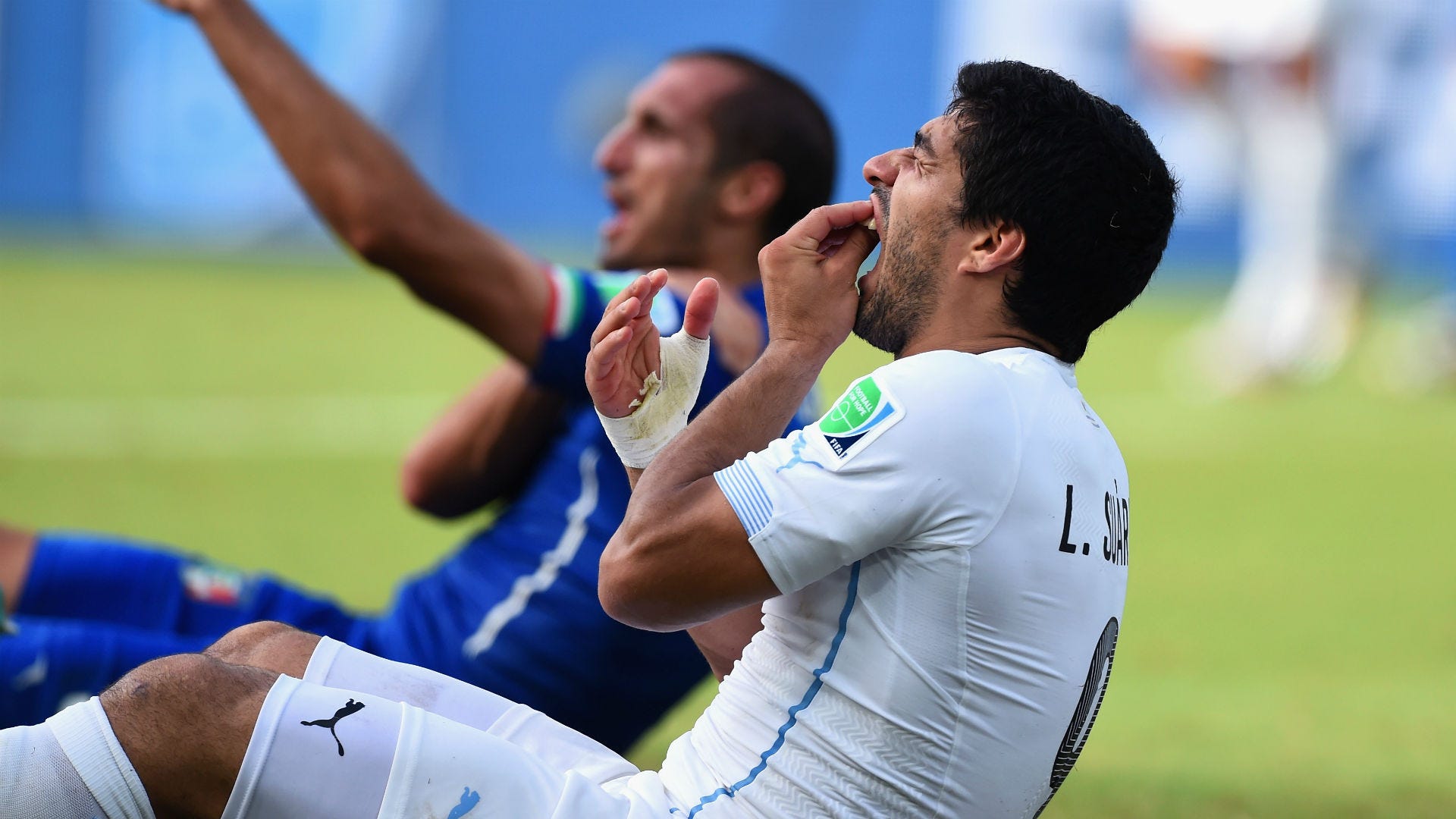 Another 'Group of Death' from the 2014 World Cup saw Italy, England and Uruguay - three previous tournament winners - face off, with Costa Rica completing the group.

Interestingly, Group D yielded two high profile casualties as England and Italy crashed out, with the former registering a single point after drawing against Costa Rica.

The group was also notable for the game between Uruguay and Italy, in which Luis Suarez bit the shoulder of Giorgio Chiellini in an extraordinary act which preceded Uruguay's winning goal.

Against the odds Costa Rica finished top of the group, with Uruguay taking the runner-up spot.