Red cards make up the fabric of football, with some suspensions as minimal as a one-game but more severe ones can result in a ban of three matches

When tensions run high on the pitch and matchday action escalates, scenes can turn dramatic quickly, with players receiving red cards for their behaviour – earning them immediate dismissal from the pitch.

Goal outlines what it takes to receive a red card, how severe the punishments can be and more.

What is a red card?

In soccer, yellow cards and red cards are used discipline players for general misconduct and bad behaviour during the game.

A player who is given a red card is instantly sent off of the field and is forbidden to play for the remainder of the match. They are also handed a suspension starting from the next game.

This leaves the team in a vulnerable position as they are left with 10 men on the pitch, giving the opposition side the advantage.

A yellow card is used to warn a player to behave after an aggressive or a non-deliberate violent act, and there is no immediate punishment.

If a player receives two yellow cards in the same match, however, forming one red card, they are then dismissed from the pitch.

How many games do players miss after receiving a red card?

Rules vary from competition to competition, but yellow cards and red cards are accompanied by suspensions. As a general rule, one red card results in an automatic suspension of one to three games, with the severity of the punishment dependent on the violence of the specific act.

Moreover, accumulating many yellow cards throughout the season during different games can also result a suspension, depending on the specific league or competition.

Typically, if a player receives two yellow cards (one red card), they will be suspended for the next game in the same competition. 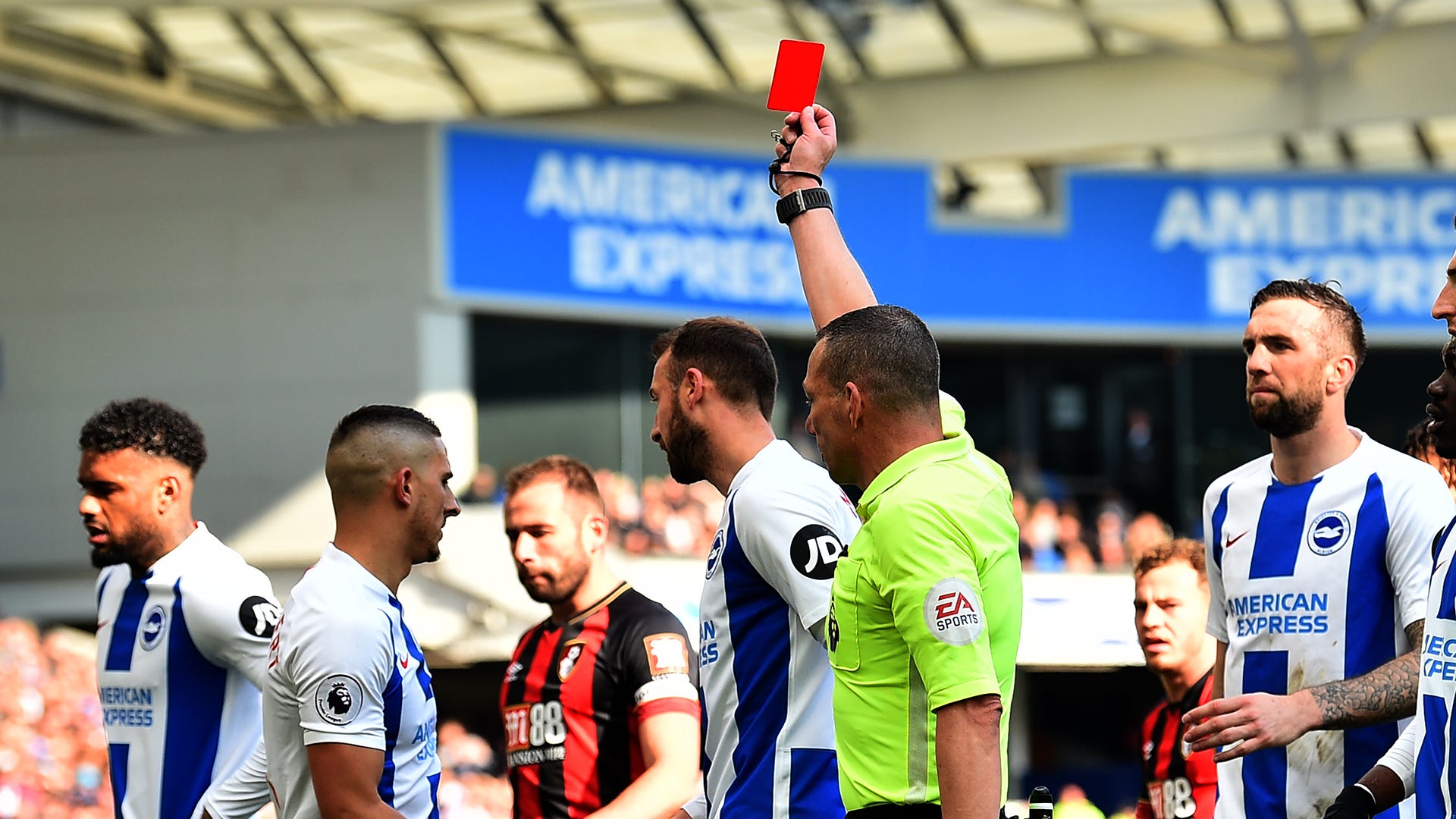 How do players get red cards?

A player will receive a red card if they:

What happens if a goalkeeper gets a red card?

If a goalkeeper receives a red card, the same thing happens to any other on the pitch – they get dismissed.

The team is then reduced to 10 players, and must call on the substitute goalkeeper to replace the dismissed one and re-jig their formation. 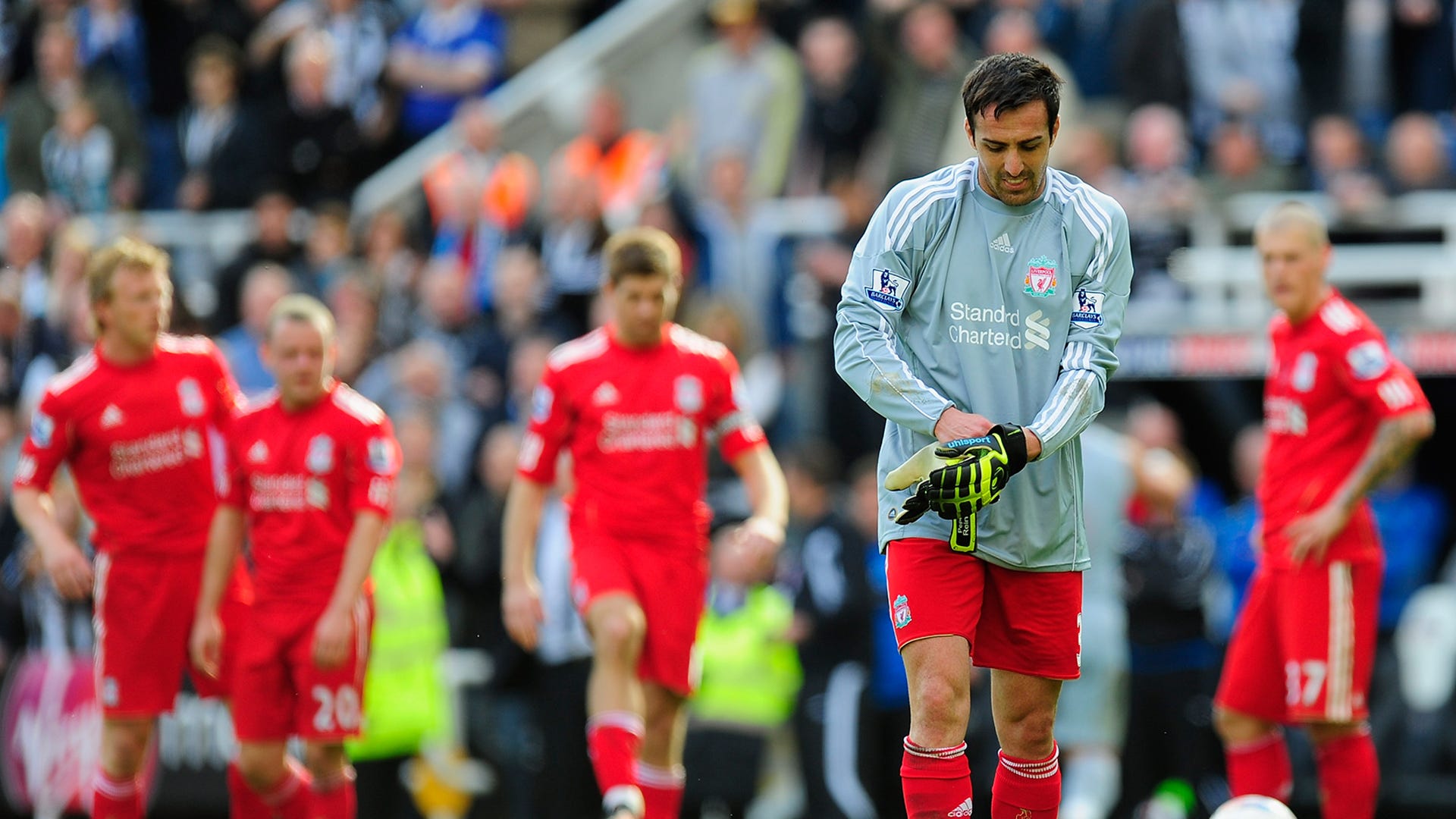 If, in the event that a team has used all three of their substitutes by the time that their goalkeeper has been sent off, the manager will have to select one of the outfield players to be the makeshift shot-stopper.

It's far from an ideal situation, but it has happened in the past. When Pepe Reina was dismissed for Liverpool in 2012 against Newcastle, the Reds had used all of their substitutes – forcing defender Jose Enrique to put on the goalkeeping gloves for the remainder of the match.

The same thing that happens to any other player who is red-carded.