"Did you see that you’re going to the Euros?"

That Andreia Jacinto’s mother saw the confirmation of Portugal’s participation in the 2022 UEFA Women’s Euros before the midfielder sums up the chaos surrounding the Seleccao's qualification.

Moments later, the 19-year-old was celebrating with friends having seen the announcement herself on television.

After not thinking about the tournament for months, following defeat to Russia in the play-offs over a year prior, suddenly Portugal had just 65 days to prepare for what promises to be the biggest Women’s Euros yet.

It was April 2021 when Francisco Neto’s side were beaten over two legs by just a single goal, a result that had every player in tears.

“We knew that we could have done better in that play-off,” Jacinto tells GOAL. “Our goal was so close and we couldn't reach it. It was devastating.”

However, in February, UEFA confirmed that Russia would not be allowed to compete in the Euros – one of the many sporting sanctions it has been hit with following the country's invasion of Ukraine.

As those who failed to qualify for Euro 2022 were waiting to find out who would replace them, none waited quite as anxiously – or hopefully – as Portugal, the team Russia had defeated and the one with the best record of the sides that had failed to qualify. 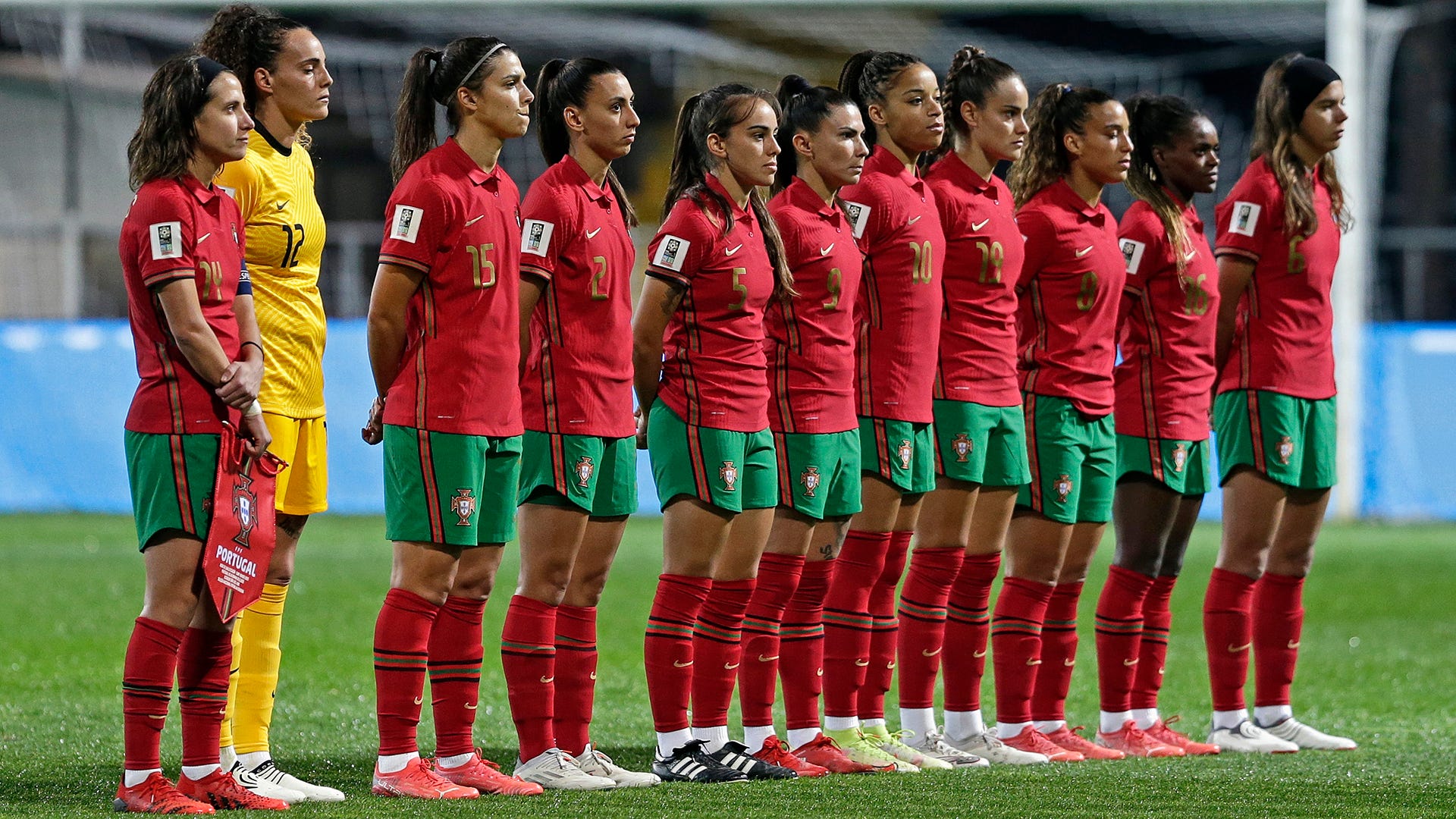 It would be three months until the decision was communicated – three long months of trying not to get their hopes up, while also focusing on World Cup qualification.

Even things like end-of-season vacations had to be scheduled just right, just in case.

Jacinto made sure to plan hers for early June, while for Ines Pereira, the Portugal goalkeeper, her season would end on June 6, giving her just six days off in the end.

Behind the scenes, the Portuguese Football Federation (FPF) also needed to plan just in case the national team was to be given Russia's spot. They’d need the right friendlies to prepare, to think about camps and lots more.

It was early May when the doubt was erased and plans could be properly put in motion. Pereira found out in quite a different way to most.

While the majority of her international colleagues had other team-mates around them, given all but two players in Portugal’s squad are based in their home country, the goalkeeper lines out for Servette in Switzerland.

“We only knew when UEFA put it on social media,” she explains to GOAL.

Of course, taking Russia's place also meant being in the same group as Switzerland.

“Right away, my team-mates started asking about Portugal and saying they are going to win," she continued.

"It's a good competition between us. I'm looking forward to playing against them and ensuring that Portugal is going to win. 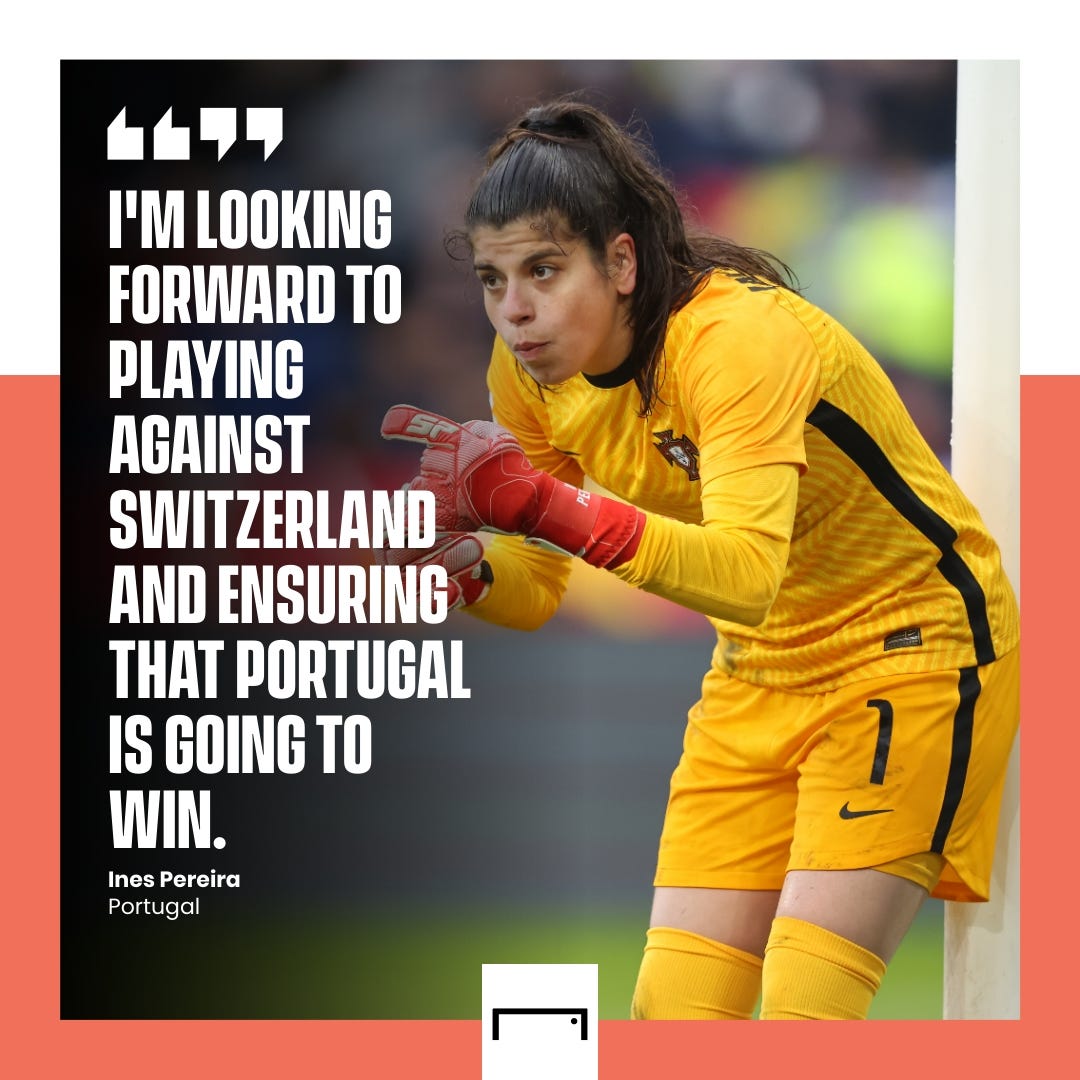 “It is a dream come true for me because the last time Portugal was at the Euros [in 2017], I was in the under-19 national team and I stayed at home, watching the games.

“I called my family right away. I said, 'Portugal are going to the Euros and I'm going to work to be there'.

“They congratulated me and the team and they said, 'The hardest part, it's already done. Now it's the easiest part because the hardest part is to go to the Euro.'

"Now, we have to enjoy it but work hard to be the best version of us.”

The Netherlands, the reigning champions, and Sweden, many people’s favourites, are also in Portugal’s group, but the Switzerland game will understandably be special for Pereira.

Meanwhile, Jacinto, another of the 10 players in the squad that has never played at a major tournament, will be relishing another.

“I really like to watch [Vivianne] Miedema play and we are going to play against the Netherlands in the group stage,” she says. “I just really want to play against her. She's such a complete player, then she finishes so well.” 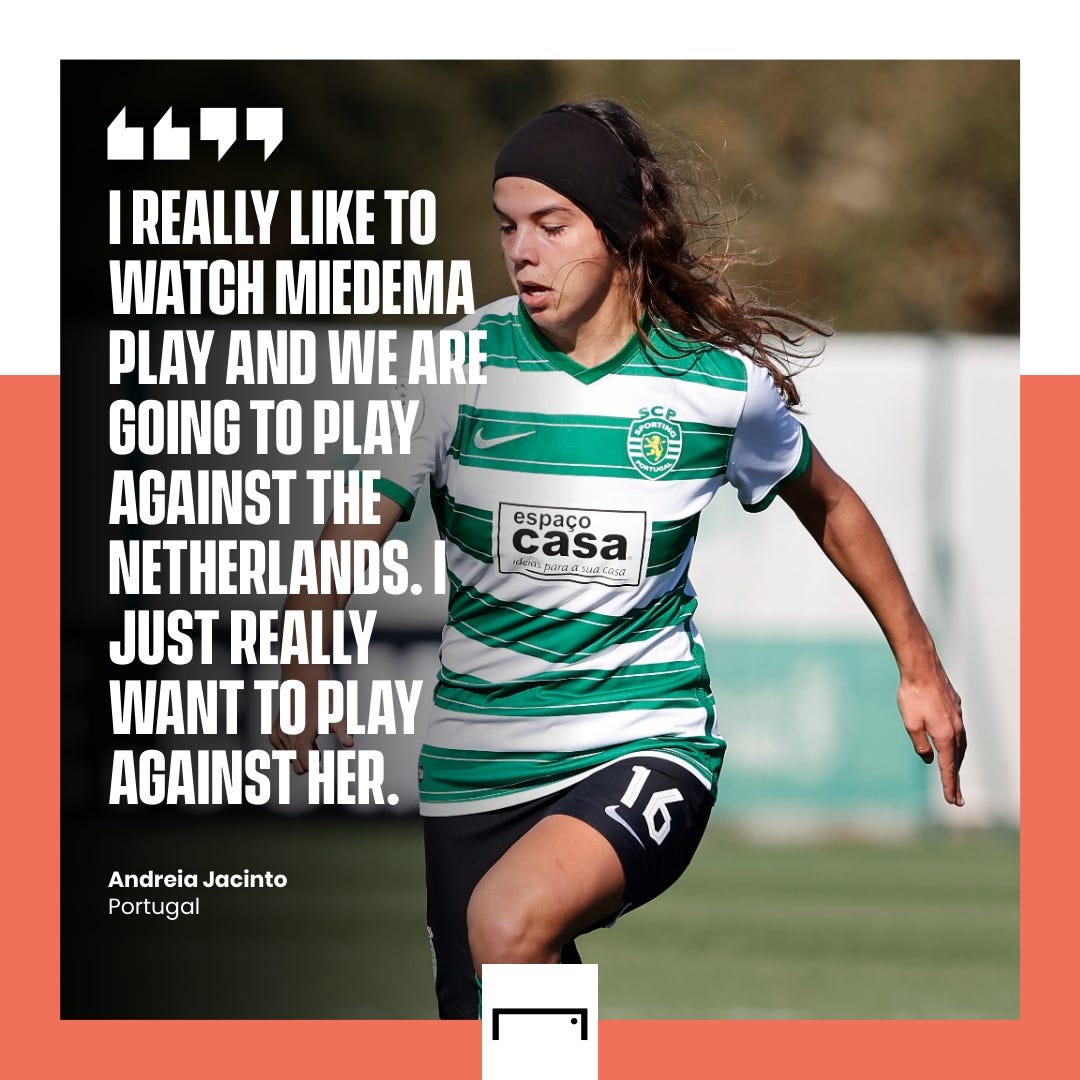 It’s certainly a difficult group, even without the short notice confirmation of qualification. But maybe it will work in Portugal’s favour. Perhaps this team, who beat a fancied Norway side in February, will be underestimated.

“People don't really expect something from us,” Jacinto believes. “We are just going to do our best and maybe we can surprise.

“I think that the team really became more together [after the Russia defeat]. Failures are really important to grow, on the pitch and also mentally. Mentally, I think that we have really improved.”

“You can see that in the Euro qualification, we got 19 points,” Pereira adds. “Some teams are at the Euros and they got less than that.

“You can see that Portugal are a team that is really hard to beat. We only conceded two goals [in qualifying]. We have to score more, but if you don't concede a goal, you are closer to winning the game.”

Here are 23 players who didn’t think they were going to play at a major tournament this summer, 10 of whom have never done so.

After a crazy few months of waiting and wondering, they are not going to let this chance pass them by.

“I think it will be encouraging to know that maybe some people think that Portugal is a team that only goes to the Euro because of Russia,” Pereira says.