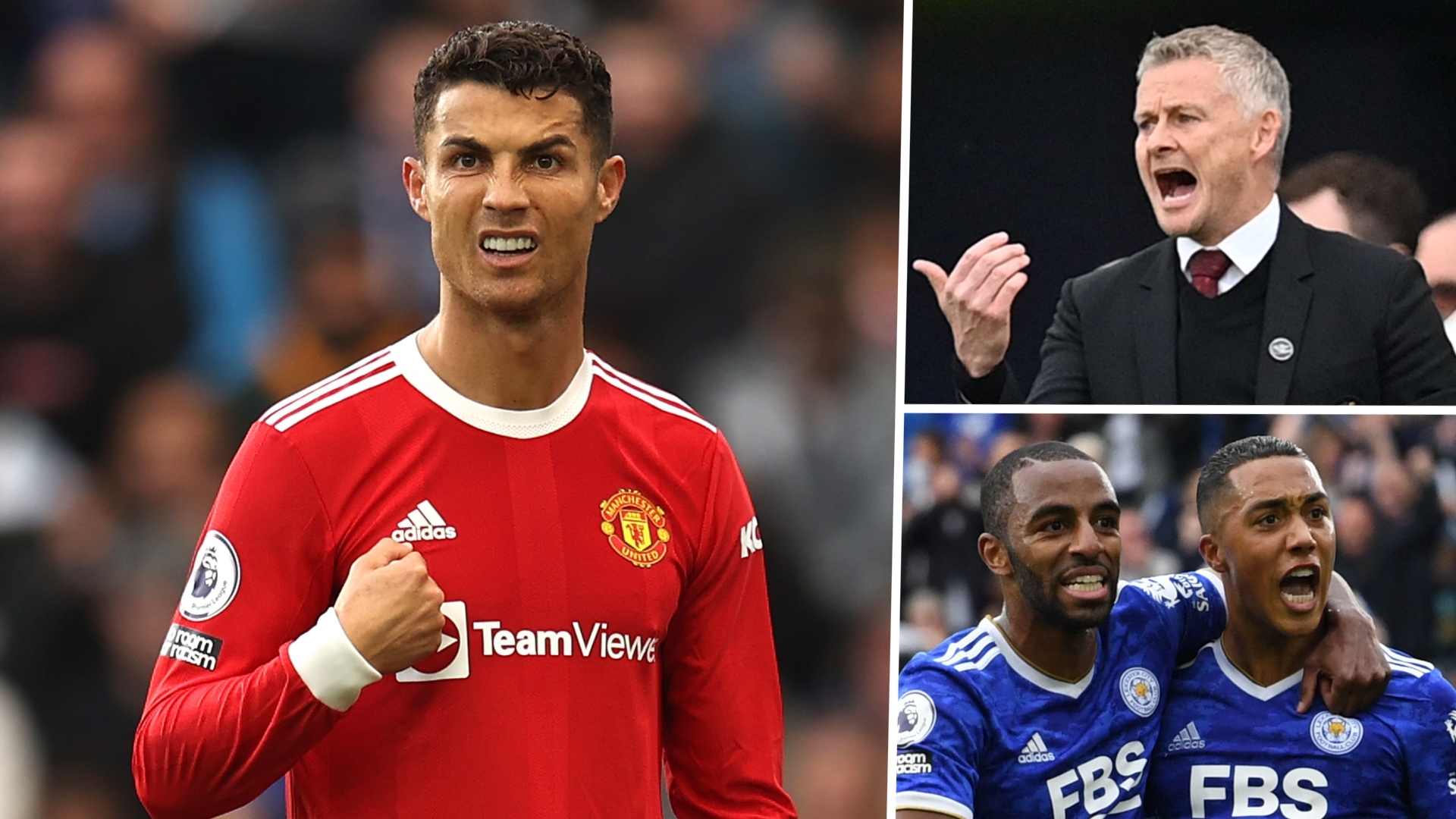 If Manchester United wanted to be taken seriously as title contenders, they needed to come to the King Power Stadium and win.

Not only did they lose, they capitulated, producing one of their worst performances of the season so far in what was their first away defeat in the Premier League since January 2020.

This, then, was not the start to a crucial three-week period that manager Ole Gunnar Solskjaer was so desperately seeking.

Cristiano Ronaldo stormed straight down the tunnel at full time, and who can blame him? He didn't come back to United to play in abject showings such as this.

Given Leicester's form, this was, on paper at least, the easiest fixture on United's run of six challenging games.

However, after their next league opponents, Liverpool, put on a five-star display at Watford earlier in the day, United collapsed against Brendan Rodgers' side.

Solskjaer’s team could have used this fixture to make a positive statement about their title credentials but, based on their performance on Saturday afternoon, they haven’t got a hope of challenging the likes of Liverpool, Manchester City and Chelsea for top spot this season.

Solskjaer looked stone-faced as Patson Daka scored Leicester’s fourth in injury time and he really could have no complaints about the final scoreline. Leicester deserved their win; 4-2 did not flatter them.

If it hadn’t been for the outstanding heroics of David de Gea in goal, the Foxes would have been out of sight before the clock hit 80 minutes.

United were poor from front to back and again left relying on individual brilliance to keep them in the match.

They were the masters of their own downfall, with constant errors presenting their hosts with one chance after another.

Two of the home side’s goals came from set-pieces, a common problem for Solskjaer’s side, and their first came from a dreadful attempt to play out from the back from the lackadaisical Harry Maguire.

The Manchester United captain arguably shouldn’t have been on the pitch. He looked rusty having been rushed back from injury with just one full training session under his belt, and it showed.

He put the ball out of play within the first minute and it set the tone for his sloppy performance. Mohamed Salah must be licking his lips at the prospect of coming up against this back line in just over a week’s time!

United struggled to deal with Leicester’s press, so how they plan to deal with the most in-form forward in Europe should give Solskjaer sleepless nights this week.

So often in the past few weeks, the Norwegian has spoken about a lack of ruthlessness from his attackers, but they don’t move like a unit who have a coherent plan.

Jadon Sancho was quiet again, Ronaldo couldn’t get a sniff of goal and United's equaliser came from a moment of brilliance from Mason Greenwood.

And that's the crux of the problem.

United aren't just relying on De Gea’s excellent shot-stopping skills to make up for their defensive shortcomings; they're also counting on Greenwood, Ronaldo, Rashford et al to pull goal of the season contenders out of the bag on a regular basis in order to pick up points.

There needs to be a clear, coherent and functioning plan but, at the moment, there appears to be no structure at all, as underlined by their current run of two wins from the last seven outings.

They’re stuck in a rut and with Liverpool, Manchester City and Tottenham coming up, it’s difficult to see how they’re going to get out of it.