Santiago Munoz: Newcastle's new teenage signing out to write his own scripts 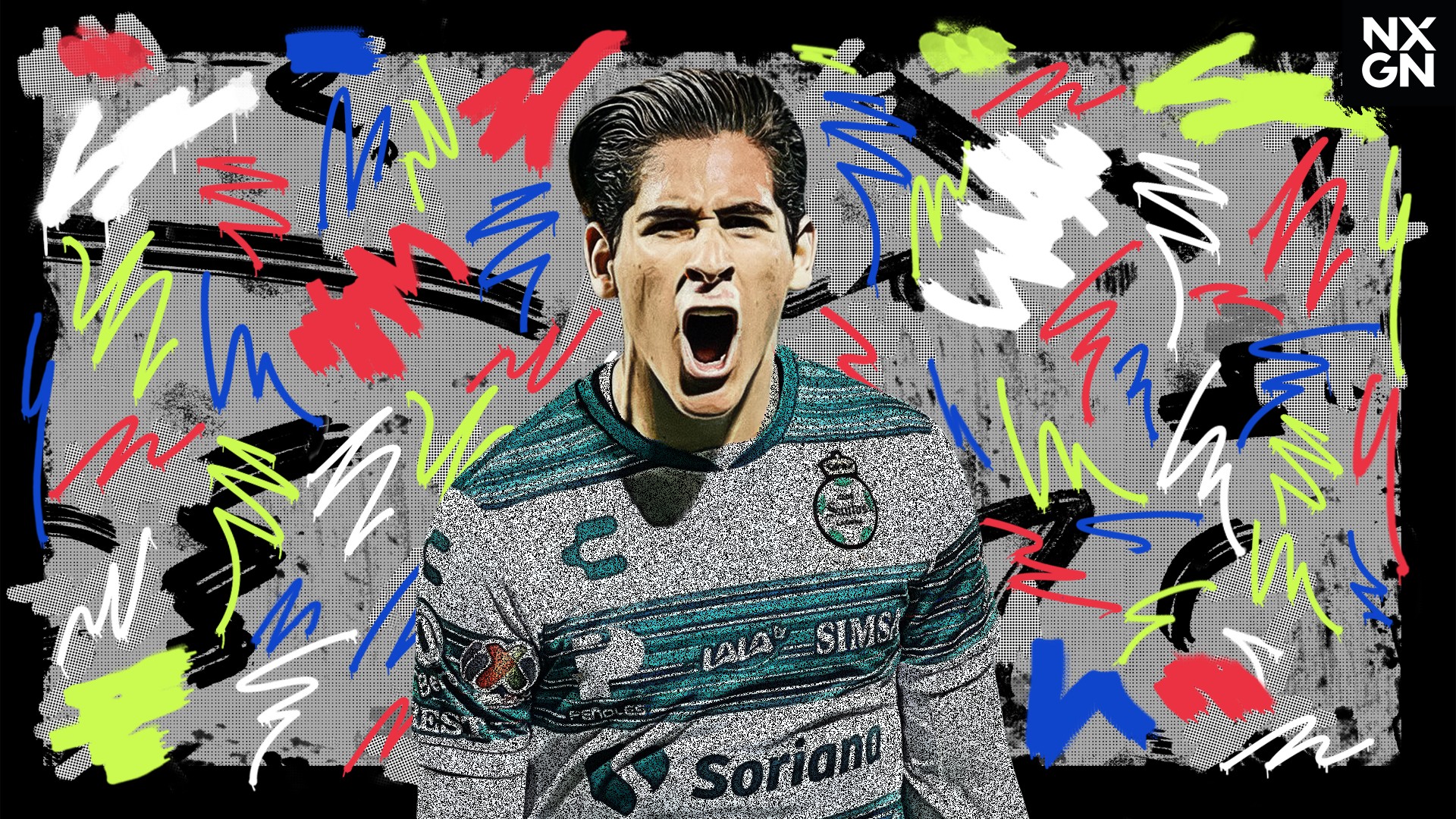 The 19-year-old forward became something of a punchline on deadline day due to the similarities between his story and the 'Goal!' movies

As football fans, we constantly hear the cliche "you could not write this script" when a team or player produces something unexpected on the field of play.

But when Newcastle announced their final signing of the 2021 summer transfer window, there was a feeling that this script had in fact been written, and performed, before.

Back in 2005, football fans around the globe flocked to cinemas to watch the movie 'Goal!', a film that had long been anticipated due to it being shot in-part at live stadiums and that promised appearances from some of the game's biggest stars.

David Beckham, Zinedine Zidane and Raul were among those who took on cameo roles, but the star of the show was a character named Santiago Munez, played by Kuno Becker.

Munez's arc saw the young Mexican leave his family in the United States to follow his dream of becoming a professional footballer, landing in England before becoming a star for Newcastle.

So, when the Magpies confirmed that they were signing a Mexican teenager by the name of Santiago Munoz, social media unsurprisingly went into meltdown, with the 19-year-old becoming something of a punchline before he had even landed in the north-east.

Munoz has joined the Premier League outfit on an 18-month loan from Santos Laguna, and will begin life playing for the club's Under-23s as he gets up to speed with English football.

Whether he can emulate his almost-namesake and become a favourite of the St James' Park crowd remains up for debate, but the signs from his short career thus far are at least encouraging.

Munoz and Munez's backgrounds are, in fairness, pretty similar. Both of their families left Mexico for the U.S. in the hope of living the 'American Dream', though Munoz was actually born in El Paso, Texas, while the imagined character Munez was shown crossing the border as a child.

Both, too, began their footballing educations in the States, with Munoz first earning recognition in 2017 when he took part in the Alianza de Futbol's 'Allstate Dream Alliance' program, where young people from the Hispanic community are offered trials in a bid to catch the eye of watching scouts.

Munoz stood out immediately, and Santos acted quickly to sign the forward up, integrating him into their academy system as soon as possible.

He was soon likened to legendary Santos striker Jared Borgetti, particularly for his passing ability and the way he could unlock defences.

However, it soon became clear that he was a far more well-rounded centre-forward than the ex-Mexico international, with Munoz keen to act more as a playmaker that creates space for his team-mates, while his exceptional dribbling ability also marks him out as being different from Borgetti.

More recently he has been compared to current El Tri star Raul Jimenez, due to his willingness to leave the penalty area and contribute to build-up play, while the accuracy in his shots – particularly those taken from long-range – is similar to that of the Wolves star.

"I have seen him since his debut and it seems as if he has been in the first team for the longest time," Mexico U20s coach Jaime Lozano said after calling Munoz up for pre-Olympic qualifying in March. "I followed him at the U17 World Cup and he was one of the best players there."

The U17 World Cup in question took place in 2019 in Brazil, as Munoz helped inspire Mexico to reach the final, scoring the 'Goal of the Tournament' against Japan in the last 16, before they were beaten 2-1 by the hosts.

"There is a generation of players, I see it as a golden generation, from that U17 squad," Munoz told ESPN in a recent interview. "Tell people not to get off this boat, to trust us, because more players have emerged too. We are ready and we must trust the process."

Despite his pleas, Munoz himself is not 100 per cent tied to representing El Tri as a senior player, despite there being a potential void for him to fill in the next few years.

The American-born teenager could yet change his allegiances and play for the U.S. men's national team, telling Futbol Americas: "I am not married to Mexico. The door is still open."

That debate, though, can wait. Munoz's sole focus now is to prove himself in his new surroundings after a summer of upheaval as the youngster began planning for life in Europe.

Rumours had been circulating since the beginning of 2021 that Munoz was keen to leave Santos, putting the club in a difficult position.

Though they did not want to lose a player who had made his debut as an 18-year-old in October 2020 and provided three goals and three assists in his first 12 first-team appearances, they were concerned about losing him for free when his contract ran out in 2022.

Santos eventually agreed that if an offer from Europe arrived, they would allow Munoz to leave, though the player himself had since become unsettled and even declined a call-up to play at the Olympic Games – where Mexico won the bronze medal – as he waited for his move across the Atlantic.

The offer eventually came from Newcastle, who have the option to make the signing permanent at any point over the next year-and-a-half.

“I'm not under pressure, my mentality is different and I'm calm," Munoz said upon his arrival. "I have talked to people from Newcastle, and there is no excuse for me not to fight for a place in the first team."

If that were to happen, of course, then the 'Goal!' references will become even more commonplace. But Munoz has the ability and confidence to shake them off and become a star in his own right.

He is a teenager who is keen to write his own script, not follow anyone else's.