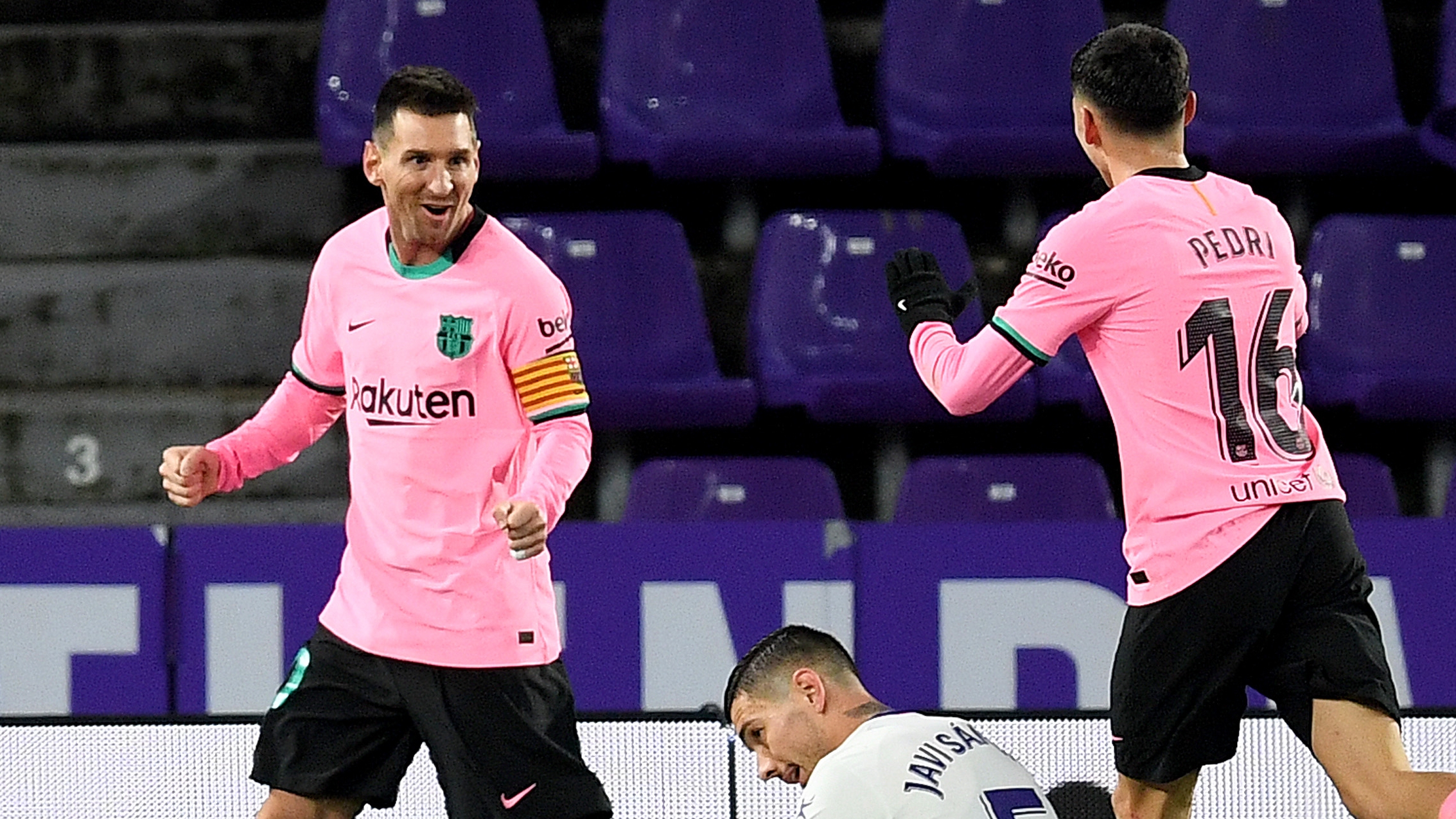 Lionel Messi will be considered the best footballer of all time, says Carles Puyol, after the Barcelona star eclipsed Pele for the record of most goals scored for one club.

Messi’s goal against Valladolid on Tuesday night  took him to 644 for Barcelona to surpass the 643 that Brazilian icon Pele scored for Santos.

The 33-year-old’s landmark is the latest in a string of records the Argentine attacker has set since making his debut for Barcelona as a late substitute against Espanyol in October 2004.

Puyol, who started that game, believes that his former team-mate, and a six-time winner of the Ballon d’Or, will go down in history as football’s greatest player.

“If you ask me who Michael Jordan is, I will say that he is the best basketball player in history,” Puyol told Goal, speaking as part of Budweiser’s celebration of the history-making Messi moment, crowning him the undisputed King of Football.

“I think Messi will have the same status – the best footballer of all time. It is also talked about whether Michael Jordan is the best in history, and these are opinions, and sometimes it is difficult to be objective. It is difficult for a Real Madrid fan to recognise that Messi is the best.

“We have been lucky to have him but I really say, taking away the feeling of being a cule, that the numbers are there, these have not been invented and they show that he is the best.”

Messi has surpassed the level of Pele and Diego Maradona for many, and Puyol believes it will be difficult for a future player to go beyond what the current Barca captain has achieved.

He added: “Now, we say no, but hopefully in the future there will be someone better. For football and sport lovers, it would be good because we would see incredible things.

“I see it being difficult, if not impossible, for someone to be at that level for so many years but we will have to wait and, for now, enjoy Leo.”

Reflecting on Messi’s record-breaking goals total, Puyol said: “Firstly, I have been very fortunate to be able to play with him and with this generation of footballers, and to have done so with the team of my heart.

“I am very proud of the work we did together.

“The beginning of my career was difficult because I went five years without winning anything, but then we managed to win it all and, to this day, we are the only club that has won six titles in the same year.

“I don’t know if he has much more to achieve. He still has to win a title with the national team.

“I am not Argentine but I would be excited for him because I think he deserves it and I know he really wants to do it.

“At Barcelona, he has already beaten all the records and I don’t know if there will be anyone who can fight with him in the future because he has set the bar very high.”