It appears the Portuguese star will stay on at Old Trafford

Erik ten Hag has given the clearest indication Cristiano Ronaldo now wants to stay at Manchester United. The Portuguese legend had set his sight on a move away this summer to carry on playing in the Champions League.

But United’s refusal to consider selling the 37-year-old – as well as a lack of clubs capable of meeting his salary of more than £500,000-a-week – is likely to see him remain at Old Trafford.

Ten Hag said as much ahead of the weekend's match against Brentford, as he says all indications point to Ronaldo staying put.

What did Ten Hag say about Ronaldo?

Asked about Ronaldo’s determination to leave, Ten Hag said: “That is not what he is telling me.”

The Dutchman added: “We already confirmed that he is in our plans. We plan with him so we also plan around him.”

What will happen with Ronaldo now?

Ronaldo rocked United with news that he wanted to go less than a year after his emotional return to the club.

The forward doubted his chances of challenging for major silverware this season – and was also determined to continue playing at the highest level in the Champions League.

United always maintained that he was not for sale – and made it clear that he would be expected to see out the final year of his contract, which also has the option of a further 12 months.

Ten Hag has been impressed with Ronaldo’s application in training and could start him against Brentford on Saturday.

The United manager added: “I deal with the players we have and we plan with him for this season. We are happy with him and we have to fit him into the team so he has to come at the right fitness levels so that he can do the job that we expect him to do.” 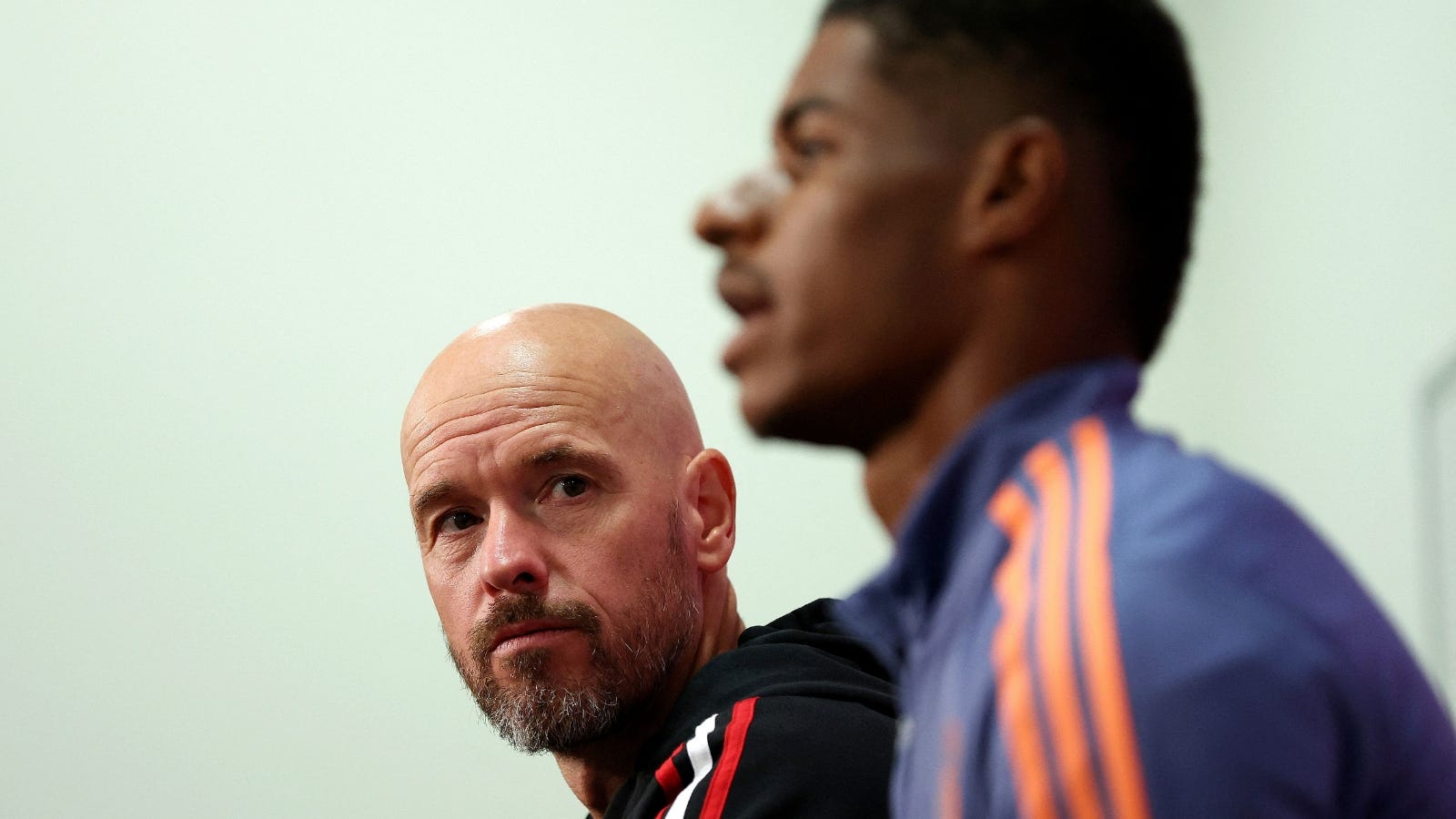 What did Ten Hag say about Rashford?

Ten Hag has also told Marcus Rashford to forget about a move to Paris Saint-Germain after it emerged the French giants are interested in the England international.

United also insist Rashford is not for sale.

“He knows I love him, he knows I want him to be here, so I will tell him that again,” said Ten Hag. “He showed already in the short time I’ve been here, in pre-season, what he can do.

“Also last week he was twice in a position where he could score. The team also with his contribution, he was in the right moment in the right place and I know and I trust he will finish in the future.”

What did Ten Hag say about transfers?

United are still trying to bring in at least one midfielder and a forward before the transfer window closes on September 1.

They are closing in on a deal for Adrien Rabiot after agreeing a fee worth around £15million with Juventus.

They also hope to finally secure Frenkie de Jong from Barcelona, while PSV Eindhoven winger, Cody Gakpo, is an option up front.

Ten Hag insists there are no issues between him and United’s recruitment team over the failure to get deals done sooner.

“We co-operate well and it is to my satisfaction,” he said. “It was better to get the players in earlier because then you get them earlier in the process. Now in the department of midfield and offence you have seen when we have one injury then we have a problem. That’s clear.