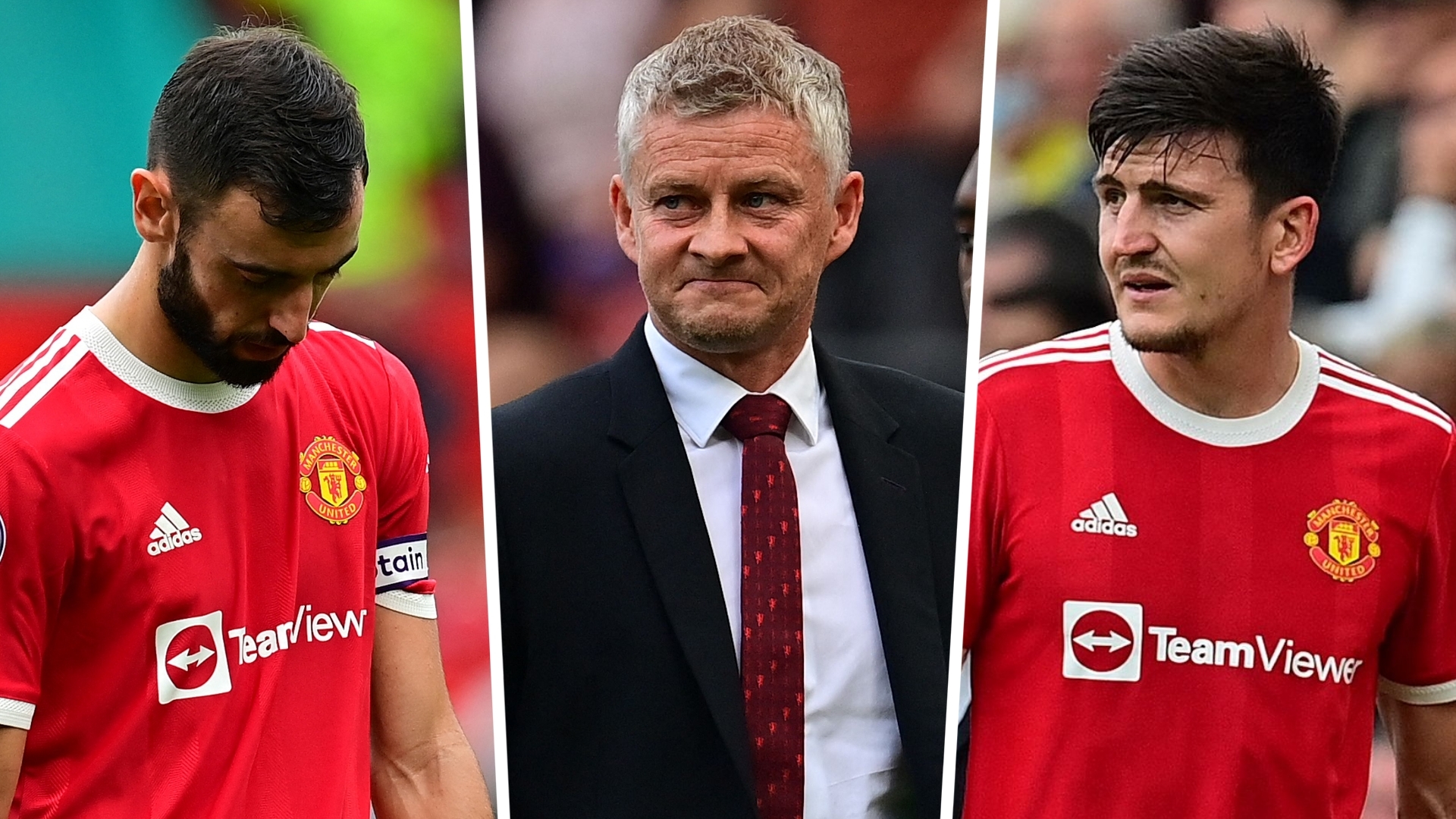 If Manchester United are to end their nine-year Premier League title drought come May, then beating teams like Aston Villa at home is a must.

United have beaten the Villans more times than they have any other side in the competition, and went into Saturday's clash at Old Trafford unbeaten at home against their visitors since December 2009.

And yet, as they looked to bounce back following their disappointing Carabao Cup exit at the hands of West Ham in midweek, the spark required to get back to winning ways was badly missing.

A third defeat in four, with the only win in that run coming via a stoppage-time penalty save, and there will be sections of the fanbase sharpening their knives and pointing them in Ole Gunnar Solskjaer's direction.

If performances continue in the way last two have played out, you can understand their frustrations.

The competition and personnel were different from Wednesday evening, but the outcome was exactly the same for United. They had plenty of shots on goal, but were neither creative nor clinical enough to force their way through a stubborn Villa defence.

And so when Kortney Hause’s header beat David de Gea from an 88th-minute corner, it was no more than what Dean Smith’s side deserved.

Villa had a clear, coherent plan, which they executed well, while United lacked real imagination when it came to their own attacking play.

The front three, and Anthony Martial in particular, were rightly criticised for their display in the Carabao Cup, but here Cristiano Ronaldo was back and looking to add to his goal tally of four goals in his first three matches back at the club.

The five-time Ballon d'Or winner, though, was barely in the game, managing just four shots and none on target.

Instead it was Mason Greenwood who was the brightest of the front three here, as his direct runs allowed him to get behind the Villa back line regularly, but even he could not find a breakthrough.

“Bring on Cavani,” was the chant from Stretford End with 10 minutes left on the clock, but when the Uruguayan was eventually introduced with seven minutes to go he could not make the difference Solskjaer needed either.

United have now had 55 shots in their last two games, but only 10 of those have been on target and they have drawn a blank each time.

In truth, Bruno Fernandes should have salvaged a point in stoppage time when a penalty was awarded for a handball by Hause, but even 'Mr Reliable' from the spot could not find the target as he blazed over the bar with Ronaldo looking on from the edge of the area.

It’s hard to imagine Ronaldo not taking over duties from 12 yards next time United are awarded a spot-kick.

The 1-0 defeat was further compounded by the fact that two of Solskjaer’s first-choice defenders, Luke Shaw and Harry Maguire, were forced off with injuries. With Aaaron Wan-Bissaka already suspended for Tuesday's meeting with Villarreal, Solskjaer will hope neither of the knocks picked up by his England stars are too serious.

Despite the disruption caused by those injuries. United's defensive display was not terrible, but the fact they have now gone eight top-flight games without a clean sheet for the first time since 1971-72 is a cause for concern.

Raphael Varane has been brought in to shore up the back line, and has looked solid since his arrival from Real Madrid, but they still need to eradicate little mistakes if they are truly going to take the next step as a team.

With four wins and a draw in the league before this game, it was looking like being a positive start to the season for United, but after their run over the past 11 days means the tide has quickly turned.

Between the next two international breaks they face fixtures against Leicester City, Liverpool, Tottenham and Manchester City, as well as a Champions League double-header against Atalanta, so they cannot afford to start spiralling.

The signs are, though, increasingly concerning.