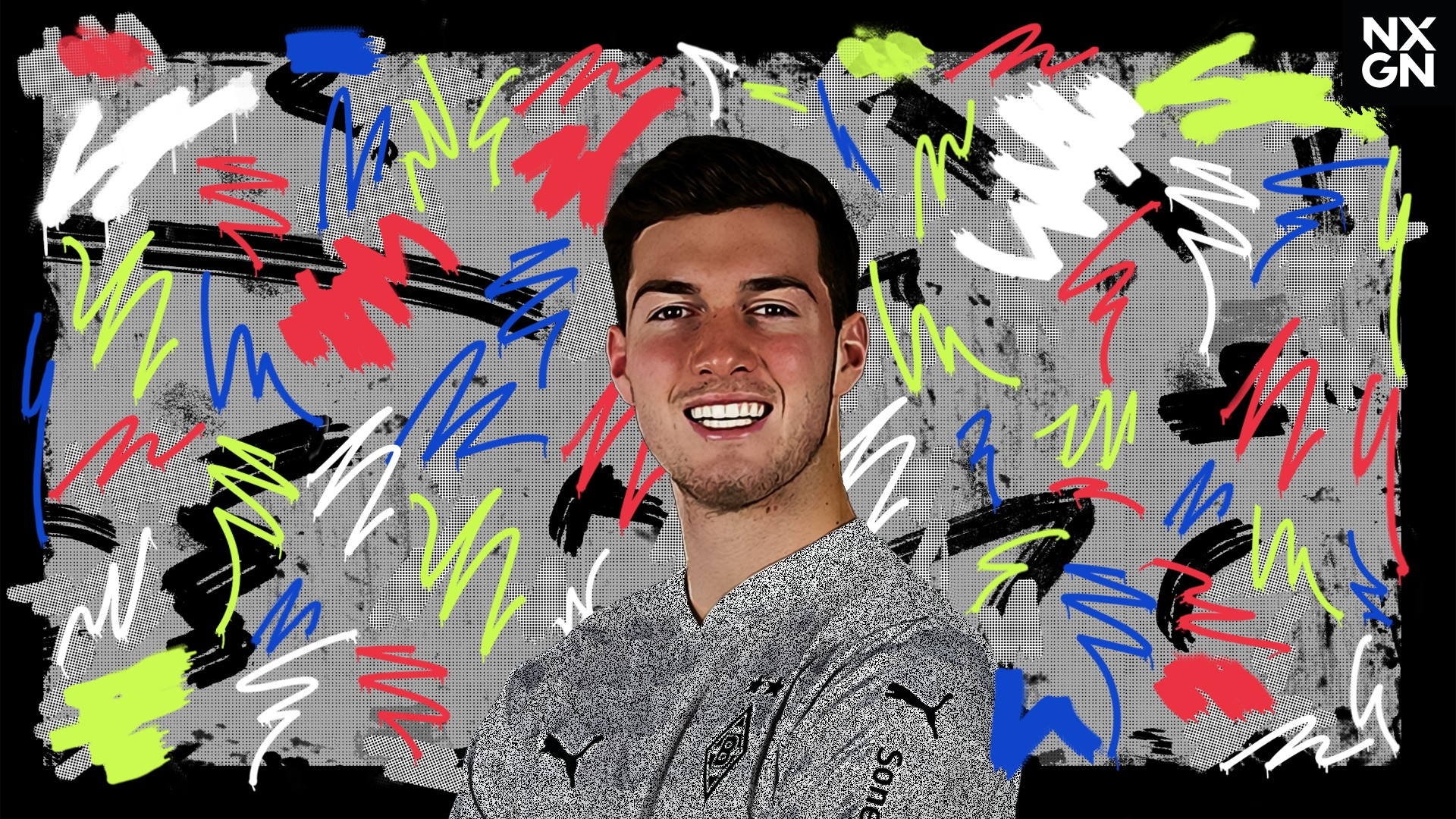 Since moving to the Bundesliga to join Borussia Monchengladbach, Joe Scally has done a whole lot of growing up.

The 18-year-old has, somehow, found his footing in Germany, despite all of the difficulties that come with being a teenager in a foreign country.

And Scally has now set about becoming a key figure at Gladbach, with the young American having made the leap into the senior ranks after mere months training with the Bundesliga outfit.

So strong have his performances been so far this season that he was named the club's Player of the Month for August. He has even gone toe-to-toe with Bayern Munich, proving he belongs on the field with some of the game's biggest stars.

But doing his own laundry? Well, he is just now getting there with that one!

You see, Scally's growing-up process is ongoing as he adjusts to life in Europe and life on his own as a professional. Not that you could tell by watching him on the field, the defender having become Gladbach's tackling machine just months after arriving in Germany as a wide-eyed teenager.

"It was definitely difficult and it definitely matured me a lot because I came here as a kid, kind of goofy, like a normal high school American kid, and then I had to grow fast.

Over the past year, much has changed for the full-back as part of that maturing process.

Scally originally signed with New York City FC in March 2018 at just 15 years old, following the likes of Gio Reyna and James Sands in emerging from the club's youth system. Reyna, as it happens, is one of Scally's closest friends, and one of the players that has helped him adjust to life in Germany in recent months.

And, like Reyna, Scally did not stay in New York long, as his move to Gladbach was confirmed back in November 2019. At that point, he had not yet made an MLS start and, because of his age, the move could not be finalised until January 2021.

And so Scally spent the 2020 season at NYCFC mostly watching, mostly learning.  He made just six appearances in all competitions for the club that year, serving as a back-up to Anton Tinnerholm during his time in MLS.

But now, a year later, he is no one's backup. Scally has now emerged as Gladbach's starting right-back as has played every minute of the club's four games to start the league season.

"Maybe for other people it seems like it's all happened really quickly, but it's just been a long time coming and I'm happy that I came in, I took my opportunity and I'm finally able to show what I can do."

Upon arriving at Gladbach, Scally was quickly pushed right towards the first team, with then-coach Marco Rose clearly impressed by what he saw.

Roland Virkus, the director of Gladbach's academy, was also full of praise earlier this year, saying: "I've never seen a young player that goes into challenges as hard as he does, while not being nasty."

When reminded of those comments, Scally says: "I love hearing things like that. I was even reading something and it was like, 'Joe Scally is built like a linebacker'. I was reading on Twitter just how Americans love how we're always stronger and very athletic.

"I think of myself as a fast, athletic player like an American, but I definitely have good technical abilities with my passing and vision."

Those qualities were on full display in his debut performance against Bayern Munich. On that day, Scally started on the left for Gladbach, facing off against the likes of Robert Lewandowski, Leroy Sane and Thomas Muller and, by and large, holding his own.

It finished as a 1-1 draw, with Scally being serenaded by the home crowd for his role in keeping the Bundesliga champions relatively quiet.

"You get the schedule and you see Bayern Munich first game and you're like, 'Oh my God, this is a game I want to play'," he says. "So when I found that I was playing the night before, my family was here, my girlfriend, so they really helped take my mind off the game, calm down my nerves and things like that.

"But when you're out on the field, you're out there, you can't be nervous. Like you're going against Lewandowski, Sane, all these guys that you watch. You know it's something that can make your career and make you known forever."

With that performance and several others like it, Scally has already caught the eye of several key figures outside of Gladbach.

He has not been in contact with USMNT Gregg Berhalter just yet, he says, but that call is likely coming at some point, even with the team's depth at full-back.

But as he awaits that opportunity, Scally has already earned the attention of the best full-back American soccer has ever produced: Steve Cherundolo.

A longtime U.S. men's national team veteran, Cherundolo spent the entirety of his career in Germany with Hannover, earning the nickname "the Mayor of Hannover" for his contributions to the club. A true American soccer legend, he already loves what he sees in a player that could someday be his spiritual successor.

"It's been a lot of fun watching him play and, in some ways develop, throughout each 90 minutes," Cherundolo says. "Each minute he gets on the field and you can see him growing and learning from each experience, especially against Bayern Munich.

"I can tell you this: he is much further along than I was at 18.Technically,  he's very, very sound and solid, has a big engine, good heart, good mentality, and that is very difficult to see in one game, but understanding how soccer works in Germany and how our coaches make decisions, I can tell you, Joe has probably a very positive learning curve.

"The faster you can learn and adapt to a new level, a new way of playing, a new language, the more success you'll have in a new environment. I don't think that is exclusive to Germany. So, having seen his progress in such a short amount of time tells me he's a very good learner. His ceiling is going to be very high."

Schnitzel, @justinbieber and the @Giants tick all the boxes for our young American full-back ✅🇺🇸 #DieFohlen pic.twitter.com/9Ti1dPxlAG

Scally has already experienced the highs of hearing his name sung by the home crowd against Bayern, but he has also felt the lows of a lopsided loss to Bayer Leverkusen shortly after. He has experienced what it is like to be alone in a foreign country, to adjust to a new culture, to do his own laundry.

But it is also all part of a process for Scally, a player that can shine against the likes of Lewandowski and Sane on the biggest stage on the weekend before raiding candy stores with Reyna during the week like the teenagers they are.

"[Reyna] loves sweets, I'm not even kidding, like the sour belts," Scally reveals. "I didn't even know this candy place was in Dusseldorf because my family was here and we walked the same street every single time and I think I would know if there's a candy store.

"But [Reyna and I] were on a scooter actually because we both didn't want to walk at the time, I don't know why. We're riding these scooters around like two little kids. He stops and 'I'm like what are you doing?' and he's like, 'There's a candy story here'. So we had to park, we go in and he gets like a whole bag of candy, and we're just eating it the whole time."

And so this is just the beginning of the new, more mature version of Scally. But, if the beginning is anything to go by, there' is reason to believe that there will be plenty more big moments and big games for him in the years to come.