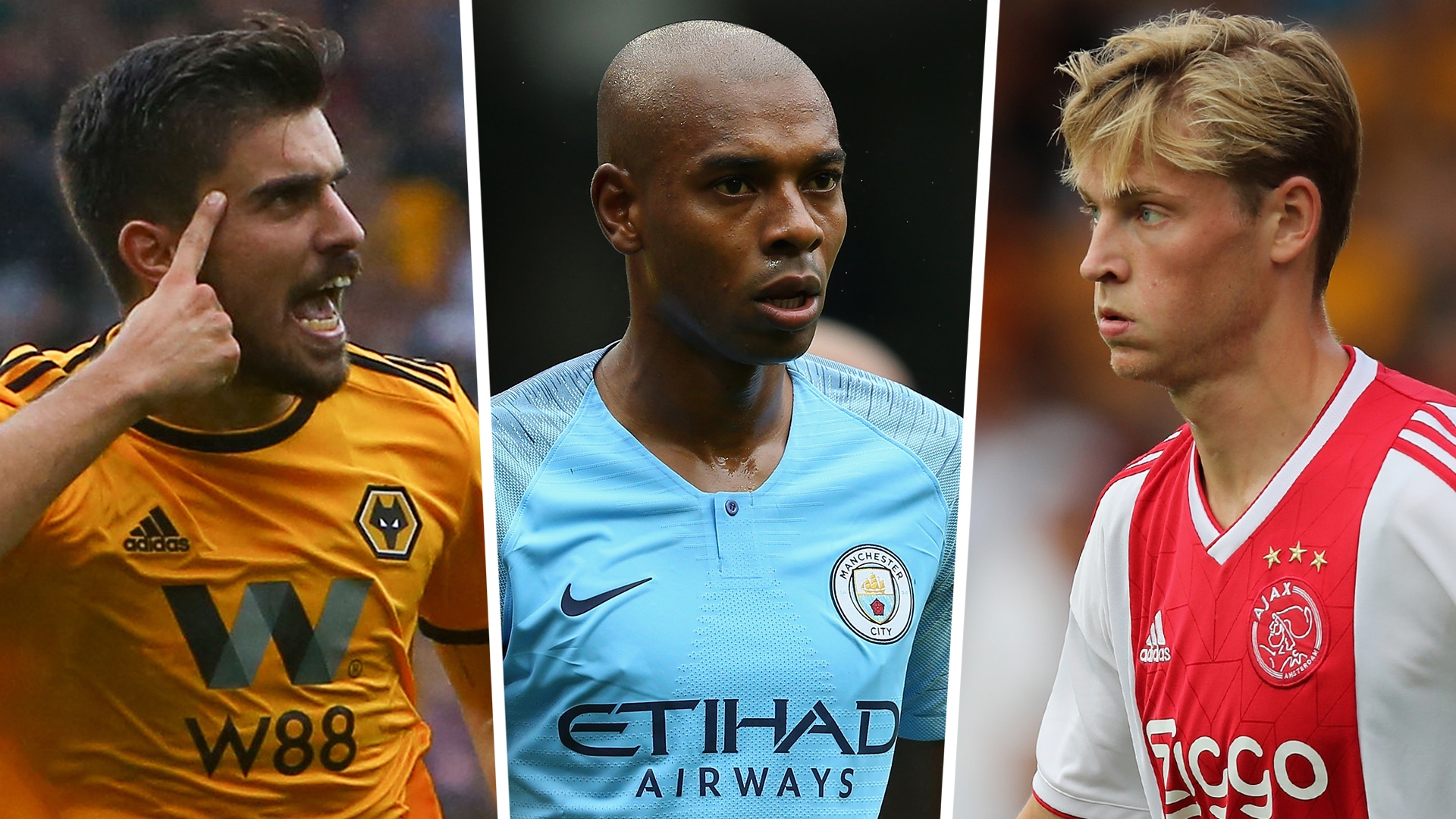 Pep Guardiola says Manchester City will not spend £100 million in their search for a new midfielder, and has warned his employers to be "quick and efficient" if they want to beat Real Madrid and Barcelona to the world's best players.

City have been chasing their tails since missing out on signing Jorginho in the summer, and it now appears unlikely that another key target, Ajax's Frenkie De Jong, will be moving to the Etihad Stadium.

The Premier League champions knew they would not be able to sign De Jong in January but were hopeful of bringing him in next summer, and at the end of 2018 they had been confident of beating off interest from Europe's leading clubs.

Barcelona were pessimistic about signing the 21-year-old back then, given the amount of groundwork City had put into a deal with both De Jong and Ajax, but the player's desire to play with Lionel Messi at Camp Nou appears to have swung things in their favour, despite enduring interest from Paris Saint-Germain.

Guardiola insisted on Friday that the club always have "five or six" options in mind when it comes to signing new players, but it is understood that their policy of identifying a first-choice target - such as Jorginho - and then focusing all their attention on them means that they can struggle to find alternatives should their plans eventually fall through.

City were able to turn to players like Lyon's Tanguy Ndombele and Wolves' Ruben Neves after missing out on Jorginho in the summer, but it was too late in the transfer window to do the required level of due diligence and negotiating to facilitate a move.

The Blues spent the first few months of this season trying to establish whether a January move would be possible for any of their targets but decided that it would not be possible - Wolves, for example, have put a £100m price tag on Neves' head.

City do have a number of irons in the fire at the moment - including Lyon pair Tanguy Ndombele and Houssem Aouar - and much of Guardiola's Friday press conference was dedicated to the subject of the Blues' transfer business, and the task of replacing Fernandinho.

FACT OR FICTION? THE TRUTH ON CITY'S TRANSFER TARGETS

"Maybe there aren't many, but there are players who can play in that role," Guardiola said of a potential replacement for the Brazilian, who at 33 years old is an intergal part of the City team. "Specifically Fernandinho's role, it's so difficult to find. He knows the Premier League, after three years together here, he knows everything and that's so important. But, of course, for the next season it's an important target to find. He'll be 34 and he cannot play every few days."

Guardiola was then asked about Neves, who will play against City for Wolves on Monday.

It was put to Guardiola that players used to a two-man midfield set-up might be struggle to adapt to City's demands, given Fernandinho patrols by himself, but he insists that would be no stumbling block, and then drifted into a longer response on City's general business, including a reference to Neves' asking price that, he claims, he saw in a newspaper.

"It's not difficult - there are many who can play in that position. There are many clubs in the world, many holding midfielders in the world, and most of them can play here. That's not the point. Most of them are under contracts. A month ago, I started reading - 'Ruben Neves, £100 million'. That is not going to happen, we are not going to pay £100 million for a holding midfielder. Of course, all departments in the club, we have in every position four or five or six options - depending on age, what we believe and, of course, the price.

"The club's most expensive [signing] was Riyhad [Mahrez, at £60m] and he is far away from what the top teams pay. Our wage bill for the players is eighth or ninth or tenth in Europe, so there are eight or nine clubs where the wages are higher than what Manchester City pay. We try to be stable in everything. When we spent a lot two seasons ago, it was because the team was old - it was 30-31 years old and that's why we did it. But we cannot do it every season. I have been in touch with the CEO but we have a limit and cannot spend more so that's why we need to be careful with the players and try next season to see what we can do to improve."

City's plans for next season are already well under way; in recent seasons they have moved to wrap up summer signings long before the end of the season, and that is what they had tried with De Jong.

And while Guardiola insisted he was not talking specifically about De Jong, he did give his lengthy answer about the need for his club to be smarter in the market if they want to out-do La Liga's biggest clubs in direct response to a question about the Dutch prodigy.

"If you are the only one who want players it's easy," he said. "But if you want one and many, many clubs want him it's more complicated, especially if it's Madrid or Barcelona. Normally when you are involved with Madrid and Barcelona you are going to lose. No chance. You have to be quicker and more efficient. The club knows it will be more expensive for everybody and it is what it is. But I'm not talking about the case of the Ajax player because he is an Ajax player.

"There are many players, not just one if it doesn't happen. Next season we are going to try like we tried last season, to be more stable but in this period now, what I saw right now in those games, sometimes a more defensive role like John Stones or last two games with Gundogan, when we need a creative player in that position in the final third and in Gundogan I think you can't find one player in Europe in that position, who is more clear in their passing than Gundogan and we have it.

"That's why in the transfer window when you ask me and I say no it's because I know the players and the quality and know exactly what they can give us until the end of the season."

Despite Stones' defensive-mindedness and Gundogan's eye for a pass, they had both been found wanting when asked to fill in for Fernandinho over Christmas, and while the burden on them was likely increased by injuries in other areas of the pitch, their struggles did highlight just how versatile - and vital - a player Fernandinho is for City.

That is part of the reason why their task of finding his successor is not easy, and despite Guardiola's call for speed and efficiency in the market he says his superiors, including sporting director Txiki Begiristain, are doing a difficult job very well.

"I would say they are incredible, top at what they are doing. It looks simple but it's not simple. It looks easy but it's not easy. To buy players, right now, for all the players in the world, we are doing really well.

"I am in touch quite often with Txiki, especially, because he is close to my door, and I know exactly what they do, in the academy, in the first team and they are doing it really well. But sometimes it doesn't depend on us, you have to pay the club, pay the family and talk with the players, and with the agents, it's nuts. It's complicated, so so complicated."