Chelsea's lost boys: What does the future hold for Loftus-Cheek, Barkley, Baker and Sarr? 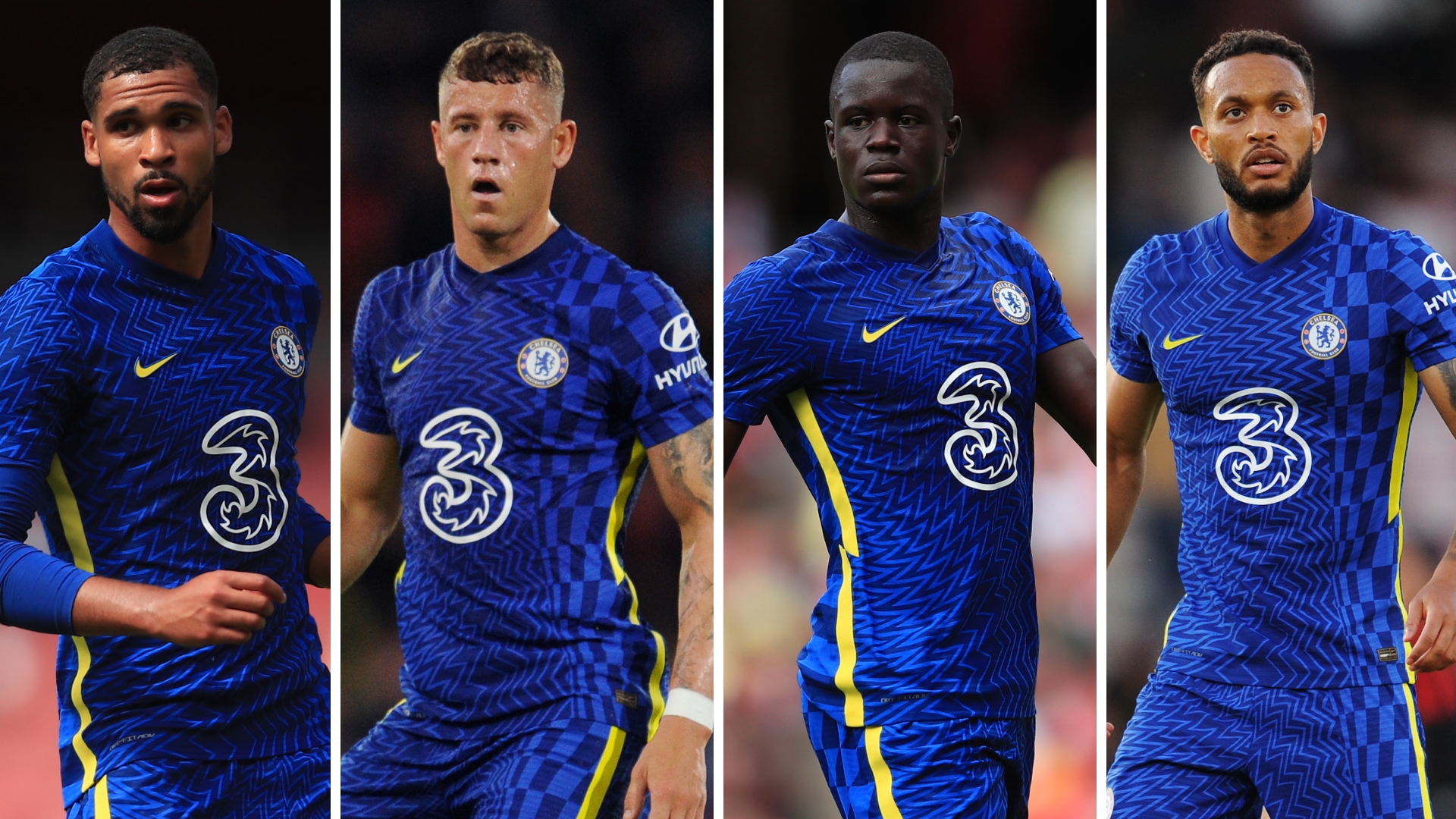 Ross Barkley, Malang Sarr and Lewis Baker were not expected to still be Chelsea players after the close of the summer transfer window on August 31.

Along with Ruben Loftus-Cheek, they had been told that they were surplus to requirements this season. The best they could hope for was a fringe role.

Loftus-Cheek's situation was unique. He had actually wanted to stay at Stamford Bridge after last season's up-and-down loan spell at Fulham.

That Barkley didn't leave came as a major surprise, though. It seemed he would have little issue finding a new club, given we're talking about a player with 33 caps for England who was once compared to Three Lions legend Paul Gascoigne.

However, clubs such as Burnley and West Brom were reluctant to pay even a small portion of his £120,000-a-week wages after Barkley underwhelmed on loan at Aston Villa last season.

Sarr, meanwhile, was unfortunate. He was ready to take an exciting opportunity to kickstart his career by moving to newly-promoted Bundesliga outfit Greuther Furth.

The defender had even turned down the chance to represent France at the Tokyo Olympics in order to resolve his future.

However, after travelling to Germany to seal the deal, the proposed transfer collapsed at the last minute, leaving Sarr bitterly disappointed.

Consequently, when the transfer window closed, Sarr, Loftus-Cheek, Barkley and Baker were all still at Stamford Bridge.

They were issued with squad numbers for the 2021-22 campaign and registered for both the Premier League and the Champions League.

Responding to a question posed by Goal, Chelsea boss Thomas Tuchel insisted there was no issue with the four players remaining in west London as long as they approached the campaign with the utmost professionalism.

"When you step into this building and step onto the changing pitches, you have to be ready. You have to train every day to play. Nobody gets gifts here.

"We have a tight group, a high-quality group, so now they've taken the first step. For whatever reason, they didn't find or accept other clubs.

"Whatever it is, it doesn't matter. Now they deserve to take the next step and be part of this group. And at this group, you have to match the high expectations we have of ourselves. It's that simple."

Baker is probably in the most difficult situation. He didn't even train with the senior squad ahead of last week's Champions League opener against Zenit.

He will struggle for game time simply because he lacks the same top-level experience as the likes of Barkley and Loftus-Cheek.

Tuchel, at least, has already shown that he can keep a large squad happy, having masterfully managed the likes of Emerson Palmieri, Willy Caballero and Billy Gilmour last season.

"The way he wants to play and train is really good for the players," Caballero explained to Goal in an interview last month. "They are happy going to training and this can be difficult in a big, big club.

"You can spend the season playing or not playing; you could miss your targets and it becomes tough for some of the big names in the club because everyone has a really high ego!

"The way he managed the group of the team, explained everything, I really liked it and I enjoyed it a lot being under his command and doing my time with him."

The strength of Chelsea's squad has, of course, only increased over the summer, following the arrivals of Romelu Lukaku and Saul, and Trevoh Chalobah's promotion to the first-team squad.

However, the Blues did manage to reduce the amount of players on their books, with Tammy Abraham, Olivier Giroud, Tino Anjorin, Palmieri, Kurt Zouma and Gilmour all allowed to leave.

Indeed, in total, a whopping 29 players were either sold or loaned out, which was just as well given Tuchel's pre-season preparations had been hindered by having a 42-man squad.

Barkley, Loftus-Cheek, Sarr and Baker will, thus, provide excellent cover at a club that must also compete in December's FIFA Club World Cup, as well as the Premier League, Champions League, FA Cup and Carabao Cup this term.

Remember, too, that Chelsea could also be impacted by World Cup qualifiers and the Africa Cup of Nations, while there is also an increased risk of players testing positive for Covid-19 during the winter months, with the latest forecasts predicting a rise in cases during the coldest months of the year.

Tuchel is well aware, then, that he will need a big squad to carry the team through a hectic, draining schedule, which is precisely why the club blocked Callum Hudson-Odoi's proposed loan move to Borussia Dortmund.

Obviously, keeping everyone happy will not be easy but Chelsea legend and BT Sport pundit Joe Cole believes the Blues are in a better position than title rivals Liverpool, whose strength in depth has been questioned of late.

“At Chelsea, there will be players disappointed at missing out, and it will be a challenge for Thomas Tuchel to keep everyone on the level," Cole told Goal. "He’ll have to earn his money, but that’s inevitable.

Barkley, Loftus-Cheek, Sarr and Baker will clearly need a bit of luck to force their way into Tuchel's thoughts this season but he will expect them to be ready if they are needed.

As he says himself, "No promises are made but anything can happen."