Arsenal's No.1? How £24m Ramsdale impressed Arteta and edged ahead of Leno 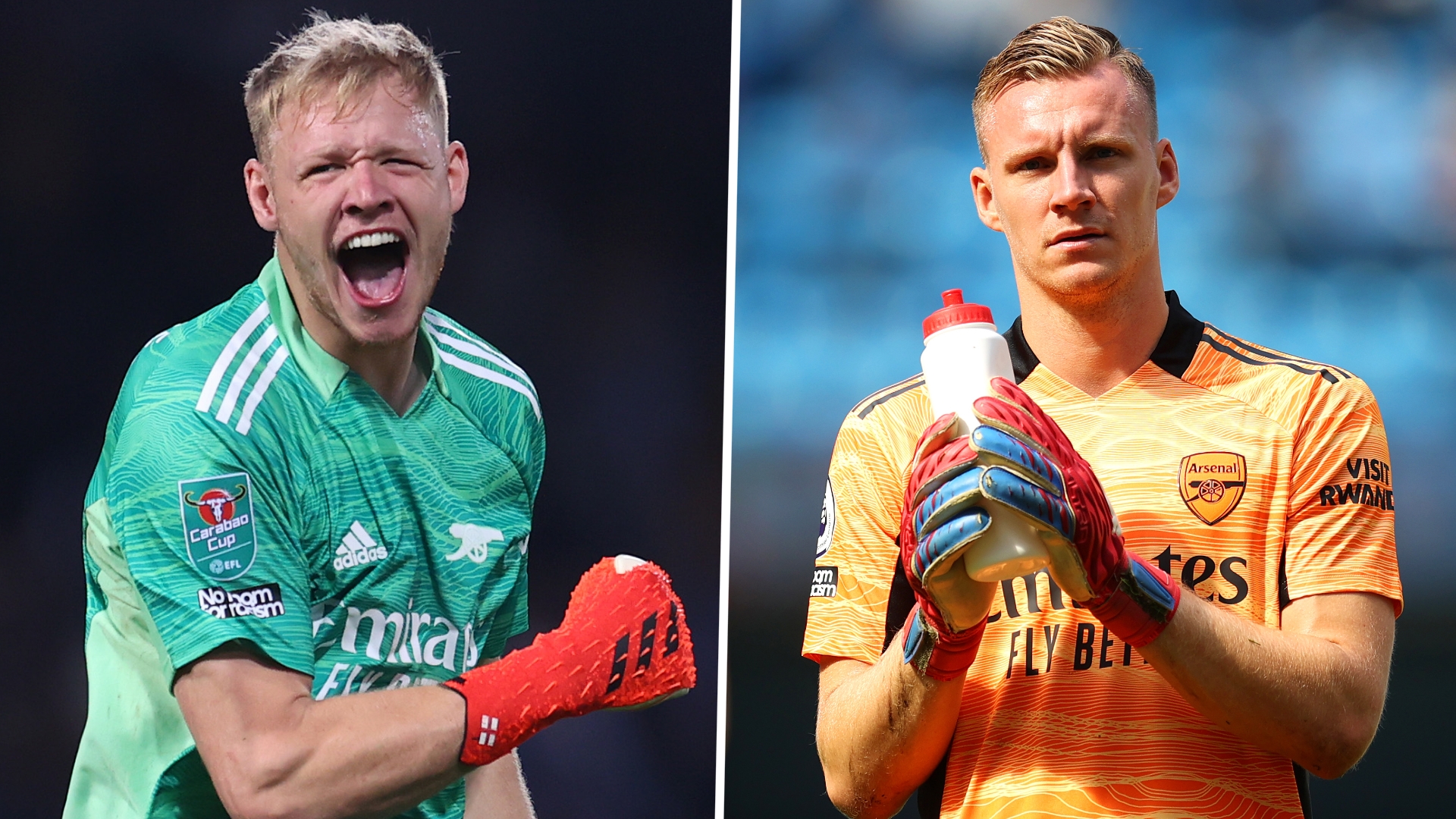 Three games! That is all it took Aaron Ramsdale to edge past Bernd Leno in the pecking order at Arsenal.

When the 23-year-old arrived from Sheffield United earlier in the summer there was always an expectation that he would soon go on to become No.1, but few would have imagined he would have pushed Leno aside quite so quickly.

Whether he remains first-choice for the long-term remains to be seen but, for now, the goalkeeping berth appears Ramsdale’s to lose.

“We had to change something and Aaron has come here to try to make us better,” Arteta said of the new arrival's inclusion in the starting line-up for last weekend's 1-0 win over Norwich. “We needed a result and I decided to play him. That’s all.”

It was a decision that paid off, with Ramsdale helping Arsenal to their first clean sheet of the new Premier League season.

In truth, he was hardly troubled, with the visitors mustering just one shot on target all afternoon. But the way he commanded his penalty area was impressive, as was the way he handled himself in tight spaces when he had the ball at his feet.

It was a performance that followed on from an impressive showing against West Brom in the Carabao Cup second round, when the summer signing made several fine stops during Arsenal’s 6-0 win at the Hawthorns.

Ramsdale may have only been with the Gunners a short time, but he’s made a significant impact on and off the pitch.

“It is not only what he did on the technical side, it is what he transmits, his energy, his chemistry with the backline, how he reacts, his body language,” Arteta said of Ramsdale’s outing against Norwich. "I think it was top.”

Ramsdale is expected to keep his place in goal for Arsenal on Saturday when they take on Burnley looking to make it back-to-back wins in the Premier League.

And he will expect to be in for a far busier afternoon than the one he enjoyed against Norwich last weekend.

Burnley may have endured a difficult start to the season, with just one win from their opening four games, but they have shown in the past that they can cause Arsenal problems with their direct style of play.

They will look to get balls into the box quickly and Ramsdale will need to show he can command his area under real pressure from one of the league’s most physical teams.

He will know his performance will come under intense scrutiny, given the Leno situation, but the confident way he has approached his move to Arsenal bodes well for his ability to handle the pressure.

Ramsdale has already made himself a popular figure behind the scenes. He is known as a likeable guy and has made a big impression in a short space of time in north London.

There had been some suggestions that Leno had taken Arteta’s decision to leave him out against Norwich badly, but that is something that has been adamantly denied by club sources.

And Arteta himself hit out at the reports ahead of Saturday’s game, insisting that was not the case.

“That's not true,” said the Arsenal boss. “He responded and you can be frustrated, but he was top with his team-mates in training and with everything. So that is not true.”

The decision to bring Ramsdale in so early was a big call by Arteta, who would have been well aware of the story it would generate.

He is now left with a similar situation to the one he faced after Emiliano Martinez’s form during the final months of the 2019-20 season when he stepped in to replace the injured Leno.

Martinez’s fine form made it difficult to keep both keepers once Leno had returned to fitness and it was the Argentine who eventually moved on, joining Aston Villa last year.

However, Leno is now facing the prospect of having to go through an entire season as understudy, something that will not do his international chances any good at all.

So, keeping both shot-stoppers happy could prove to be a difficult balancing act for Arteta, who says he will not be giving either any assurances over playing time going forward.

“I’ve said to the goalkeepers during the last two or three years that we don't want to do that,” claimed the Arsenal boss.

“What we want to do is empower performance and ask them to train, behave and play the best possible way. So, how can I guarantee somebody something? It wouldn't make sense with what we are demanding them to do.

“It is on a daily basis; what you did three months ago in football doesn't count. It is what you're going to do today and tomorrow, and that's it.”

Arteta wants to build a squad that has healthy competition running through it and Ramsdale’s solid start to life at Arsenal has certainly added a competitive edge to the goalkeeper department.

The young Englishman has made his mark quicker than most expected and Leno is now on the outside looking in.

He won his battle to be No.1 with Martinez just over a year ago, but now he has another fight on his hands and it's Ramsdale who has landed the first blow.