After being stripped of the armband, the irate striker refused his call-up for Thursday's clash with Rapid Wien, casting doubt on his San Siro future

Just three days ago, Mauro Icardi's wife and agent, Wanda, was asked whether the current impasse over her husband's contract renewal at Inter had anything to do with his seven-game Serie A goal drought.

"Mauro has had less service during this period," she argued. "If I had to choose between [a contract] renewal and the arrival of someone that provides him with five good balls, I'd prefer the second option."

On Wednesday afternoon, though, Inter responded with a third option that nobody had even considered: stripping Icardi of the captain's armband.

The significance of this move cannot be overstated.

Inter had decided against taking the captain's armband off Icardi in 2016, even after their own supporters had dubbed him "a vile piece of sh*t" for criticising the club's ultras in his autobiography, 'Sempre '.

"There are no more excuses," read a fan statement at the time. "We considered him young, a bit of an idiot (like many), but deep down a good lad.

"Instead, this is an individual who cannot be allowed to wear the Inter armband. It's not for us, but Inter simply deserve this.

"You are finished with us. You're done. TAKE THE ARMBAND OFF, YOU CLOWN." 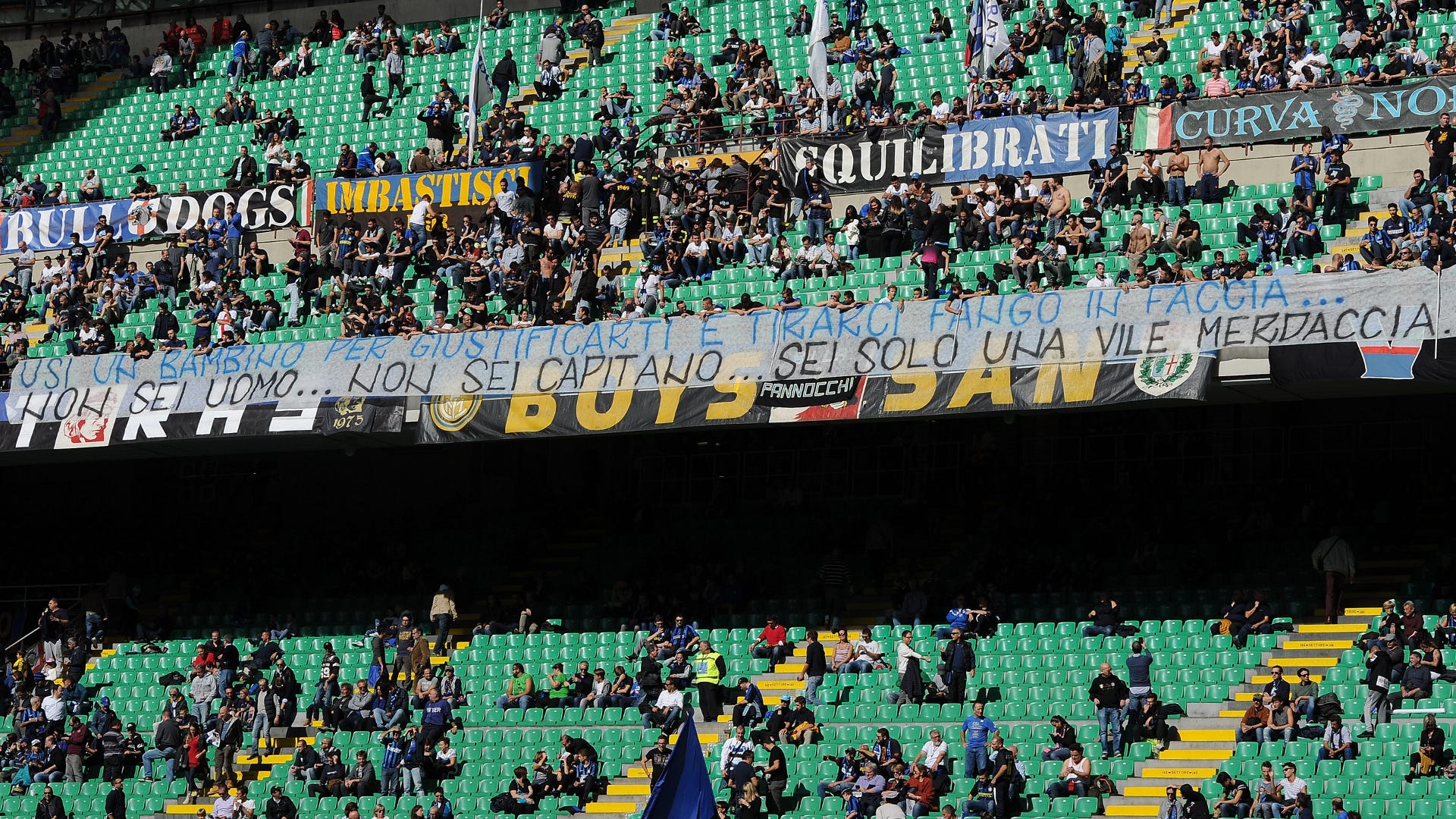 Inter allowed him to keep it on, though. Even while talks over a renewal dragged on and on, there was never any suggestion that Icardi would lose the captaincy.

His contractual situation – his current deal expires in 2021 – has become an increasingly divisive issue, though.

Coach Luciano Spalletti pointedly called upon the club's directors to resolve the matter last week, claiming it was at least partly responsible for his problems in front of goal.

"Mauro is evidently seeing his performance affected by some situations that have been going on recently," he argued. "He needs to free himself from the talk that is around him.

"The directors agreed to start talking about the contract, so now they need to go there and conclude it."

Spalletti's statement was not well received by his employers, with Beppe Marotta arguing that Icardi's struggles had nothing to do with off-field matters.

“There’s no reason to think he could be affected by this situation, which, among other things, is being taken care of by his wife Wanda," he stated.

Wanda, though, was doing nothing other than upsetting the Inter board, who wanted the negotiations carried out discreetly and without controversy.

They wanted to create a cordial environment devoid of any pressure; Wanda was intent on ramping it up, though. As far as the club concerned, anyway.

"I would like Mauro to be more protected by the team," she told Tika Taka on Sunday. "Because sometimes nasty things have come out from inside [the club]." 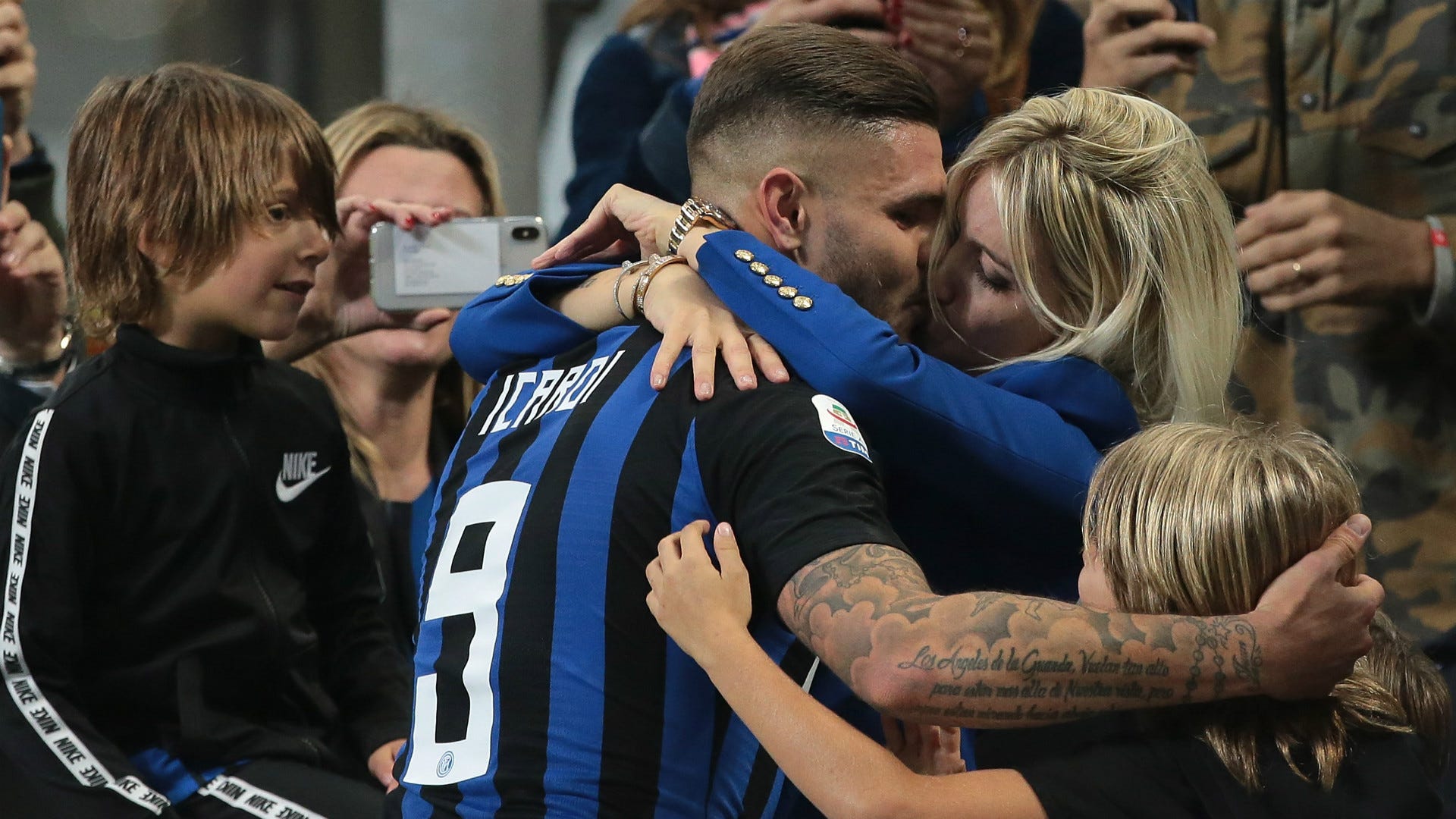 Yet it was Wanda who said of Ivan Perisic's push for a January transfer, "If he wanted to leave, maybe he has psychological problems."

Those ill-advised statements, taken in conjuction with her claim that Icardi was not being well served by his team-mates, went down like a lead balloon at Inter, both at boardroom level and in the Inter dressing room.

Indeed, it was telling that midfielder Marcelo Brozovic even 'liked' the story confirming that goalkeeper Samir Handanovic had replaced Icardi as captain.

This wasn't even the first online scandal at Inter either. Last year, Icardi unfollowed Brozovic on a social media site and the Croat responded in kind, sparking all kinds of rumours of a dressing-room divide.

Spalletti promptly dismissed such talk but, just days later, details of a conversation the coach had had with a group of Roma fans were leaked to the press, with the former Giallorossi coach allegedly saying of Inter, "The environment is always one step away from ."

The hope was that the arrival of former Juventus CEO Marotta would bring an end to the phenomenon of 'Pazza Inter' ('Mad Inter').

However, Marotta, a man renowned for choosing his words as carefully as he chooses his transfer targets, has seemingly been afflicted with the same insanity.

He went public with the club's decision to fine Radja Nainggolan for turning up late for training, as well as Perisic's desire to leave Inter during the transfer window, much to the displeasure of Spalletti.

Now, most shockingly all of, Icardi has been openly humiliated, resulting in the irate striker refusing to travel for Thursday's Europa League clash with Rapid Vienna.

Tellingly, the move came just 24 hours after Marotta had made peace with Spalletti at a dinner with club directors Piero Ausilio and Giovanni at Appiano Gentile, where it was decided that the club would a united "anti-Wanda front", as the Gazzetta Sport called it.

The result is one of the most shocking episodes yet in the long-running soap opera that is Mauro and Wanda Icardi's relationship.

What happens now is impossible to predict, too, with Spalletti merely admitting that the former captain had been left "disappointed" by his demotion. 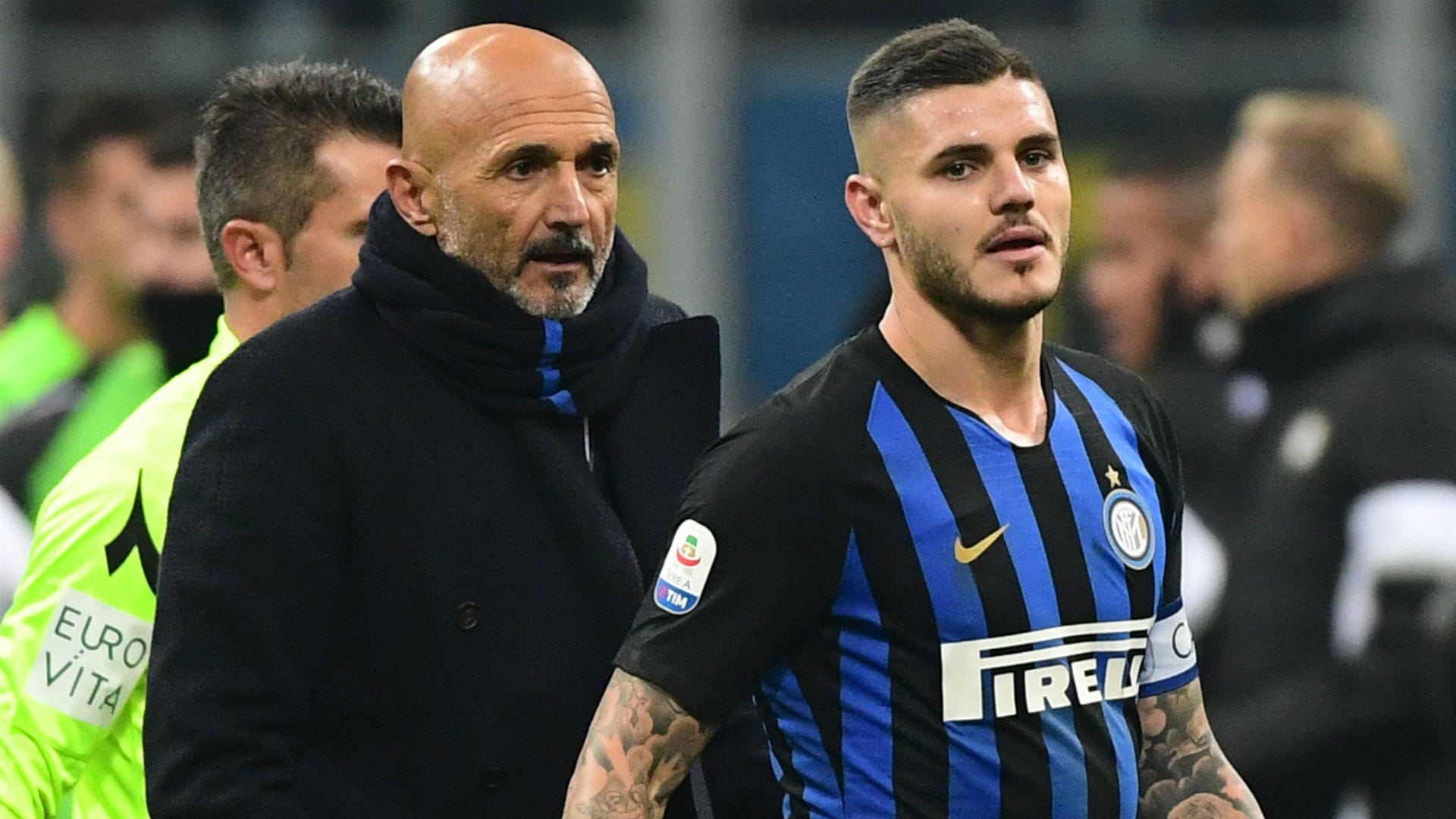 "It was difficult for us to make this decision and announce it to him," he claimed. "There’s a situation that needs addressing and I said it [last weekend]. What’s happened confirms that.

“We’ve made a decision at an appropriate time and one that was well thought-out, albeit one that was very painful."

Icardi is likely to be hurting more than anyone. When faced with the prospect of losing the captaincy three years ago, he begged the fans for forgiveness in an open letter.

"If I had the slightest brain in my skull, I certainly wouldn’t have risked offending the ," he explained. "I didn’t want to offend or disrespect anyone.

"The captain’s armband represents the realisation of my childhood dreams, the joy that I gave first of all to my family and then to myself."

Clearly, Inter's unexpected move will have hit him hard and his first, retaliatory instinct may well be to push for the transfer that his wife has for so long threatened to engineer.

As Wanda has repeatedly pointed out, he won't be short of suitors, not with his buy-out clause still standing at €110 million.

Icardi stated just two months ago that Wanda "will take care of my interests until the end of my career".

At the moment, though, it doesn't seem to be in anyone's interests to bring an end to his San Siro career in such an acrimonious manner.

We are now faced with the very real prospect of Inter's star striker sitting in the stands while Spalletti tries to secure Champions League football for next season.

All's fair in love and war, of course, but Marotta, Spalletti, Inter and even the themselves could end up regretting their respective roles in this seemingly inevitable break-up.