Rapinoe, 36, has stood out not just on the pitch but off it too, where she has worked tirelessly as an activist for LGBT rights, racial equality and the campaign for equal pay.

Over the course of her career, the midfielder has enjoyed success at both team and individual level, winning two World Cups with the USWNT while also lifting the 2019 Ballon d'Or.

"U.S. Women’s National Team forward Megan Rapinoe will receive the nation’s highest civilian honor when the President of the United States awards her the Presidential Medal of Freedom on July 7 at the White House," a press release from US Soccer confirmed on Friday.

"The award recognizes people who have made exemplary contributions to the prosperity, values, or security of the United States, world peace, or other significant societal, public or private endeavors.

"Before this year, just 647 people have received the Presidential Medal of Freedom in the past 59 years since the award was first given out in 1963 by President John F. Kennedy."

How did Rapinoe react to award?

As the first football star to receive the medal, Rapinoe told reporters: "I hope I’m doing right by everyone and making everyone proud. I hope everyone who’s ever played for this team or been into a camp or even got one call-up understands that this is for all of us, it’s not just for one player.”

She then ended the press conference by giving peace signs to the camera and shouting: “You guys, I’m going to the f*cking White House."

According to US Soccer's statement, the veteran star initially thought she was the victim of a practical joke.

"The announcement was made earlier today, but Rapinoe was informed about a week ago while in training camp with the USWNT in Denver. Rapinoe was having lunch with her teammates between a weight-lifting session and a practice at the Denver Broncos Training Center when her phone rang. The screen flashed “The White House," the missive explains. 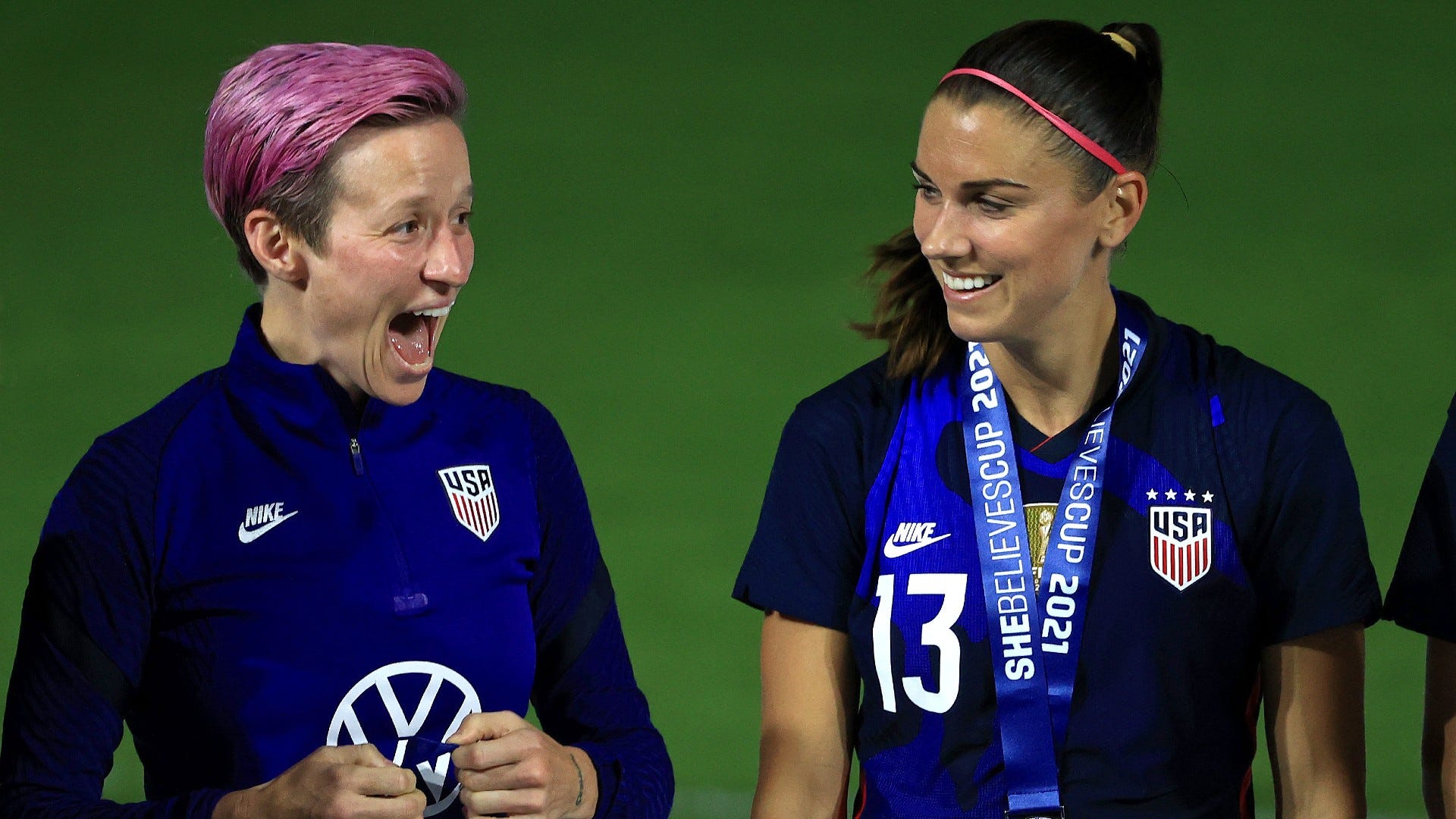 "Rapinoe, immediately thinking it was robocall or that maybe she was being pranked by her teammates, showed the phone screen to teammate Kelley O’Hara.

“'You probably need to pick that up,' said the Washington, D.C. resident O’Hara. After three to four rings, she did."

Rapinoe added: “In that moment I spoke to the President, I was, and still am, totally overwhelmed.

“I just think of all the people who I feel deserve a part of this medal, from my family to current and former teammates, all the women of the U.S. Women’s National Team throughout our history, to Colin Kaepernick, the three woman who founded Black Lives Matter – Opal, Alicia and Patrisse – to Marsha P, Sylvia and Billie Jean, the Williams sisters, of course my fiancé Sue Bird, and so many more.

"I am humbled and truly honored to be chosen for this award by President Biden and feel as inspired and motivated as ever to continue this long history of fighting for the freedoms of all people. To quote Emma Lazarus, ‘Until we are all free, we are none of us free.’”