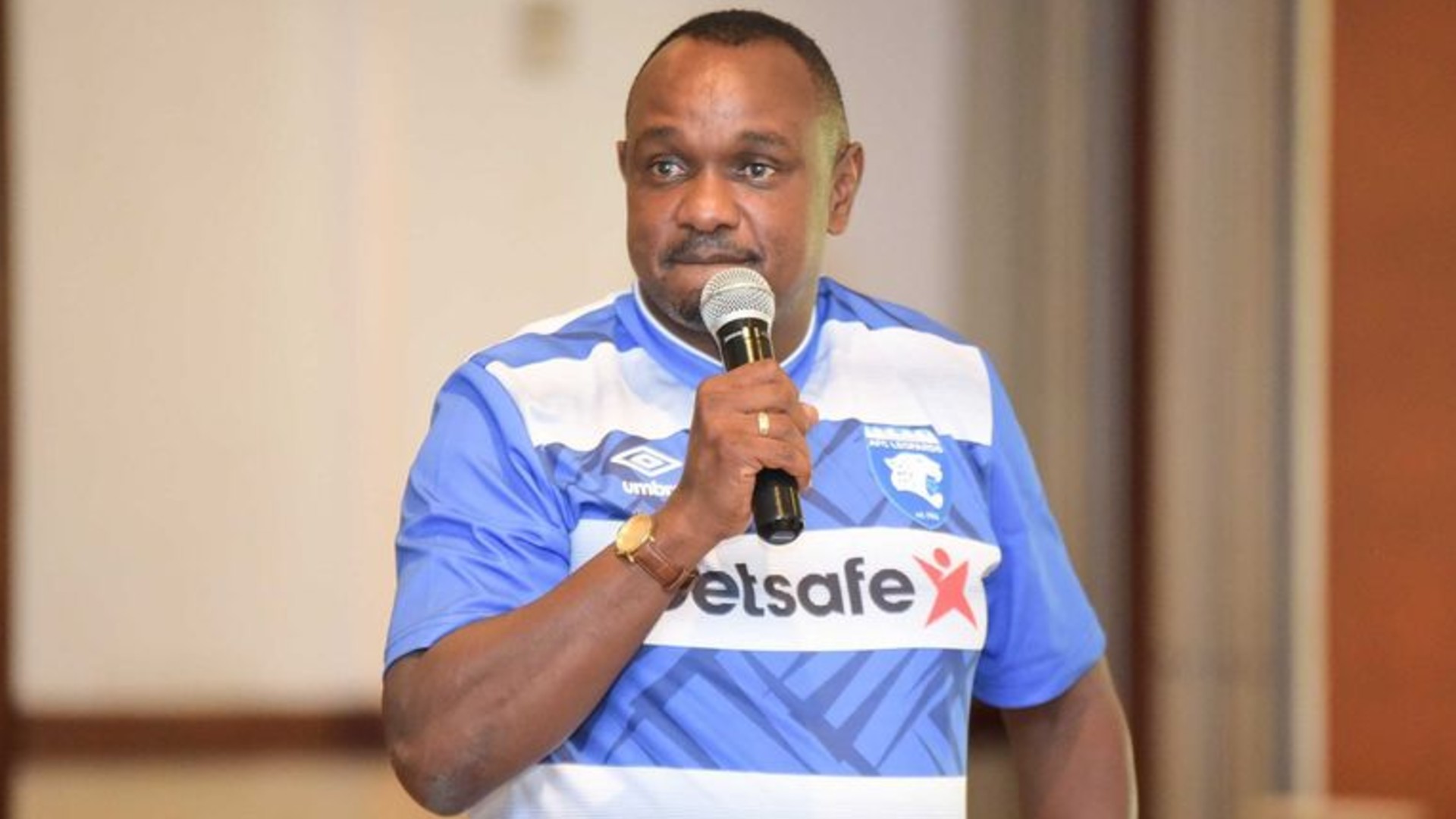 AFC Leopards chairman Dan Shikanda has opened Pandora's box after he claimed his team should be crowned FKF Premier League champions for the 2020-21 season.

In an exclusive interview with Goal, the former international has faulted the local federation for changing the rule of getting a champion for Kenya, insisting the same one that was applied last year to crown Gor Mahia should be applied to determine the winner for the current season.

Shikanda says at the same stage when Gor Mahia were declared champions for being at the top of the table in the 2019-20 season following the outbreak of coronavirus pandemic in the country, AFC Leopards should also be crowned this season because they were on top as Gor Mahia were then.

“I don’t understand why FKF is applying double standards, because at the same stage last season when they crowned Gor Mahia for being on top of the table when the league was cancelled, it is AFC Leopards leading this time around, so why can’t they declare us champions?” Shikanda posed a question to Goal on Sunday.

“The same rule that was applied last season to get a champion must be applied this season, so I don’t understand where FKF got the recent rule again that a team that will be leading the table by the end of June 30 will now be declared champions, where did that rule come from?

“After 50 percent matches played it is AFC Leopards topping the table, and when they rushed to Twitter to crown Gor Mahia last season they [Gor Mahia] had also played same and were leading the log so FKF should move with speed and give AFC the title, we should always be fair to all teams in the league, and not favour some, rules are rules and must always cut across the board.”

Shikanda continued: “At 50 percent, AFC were on top of the table, and the same rule applied last season, but what has changed now? If they [FKF] insist Caf wants a name for Champions League, then why should we play four extra matches, to the end of June to get a winner?

“We need to use the rule we applied last season, the four matches will not be anchored by law, because the law stipulates clearly league winner can be determined with 50 to 75 percent matches played, so why are we being forced to play four extra matches?

“Last season we did not reach 75 percent so they reverted to 50 percent and if now we play four extra matches then it will mean the winner will be declared at 62 percent, which is not in law, it is not enough to declare a winner, it cannot take you to play in Africa.

“Even last season we never reached 75 percent and that is why they decided Gor Mahia are champions because at 50 percent they were on top of the table, so it is so simple if last year we determined the league like that what is making them not to use the same rule if indeed Caf needs the names by June 30?

“If we play four extra matches, the one on top of the table will be at the top with less than 75 percent of matches which is not a threshold to determine who will represent the country in Africa, because a country is represented by champions and the law says it either 50 percent or 75 percent.”

On May 18, the FKF confirmed the team leading the table on June 30, the deadline provided by Caf for submission for representative clubs, will be given the slot to represent Kenya in the 2021-22 Champions League.

Tusker are currently leading the 18-team table with 38 points from 18 matches while KCB are second on 36 points, the same as AFC, while champions Gor Mahia are fourth on 31 points from 17 outings.