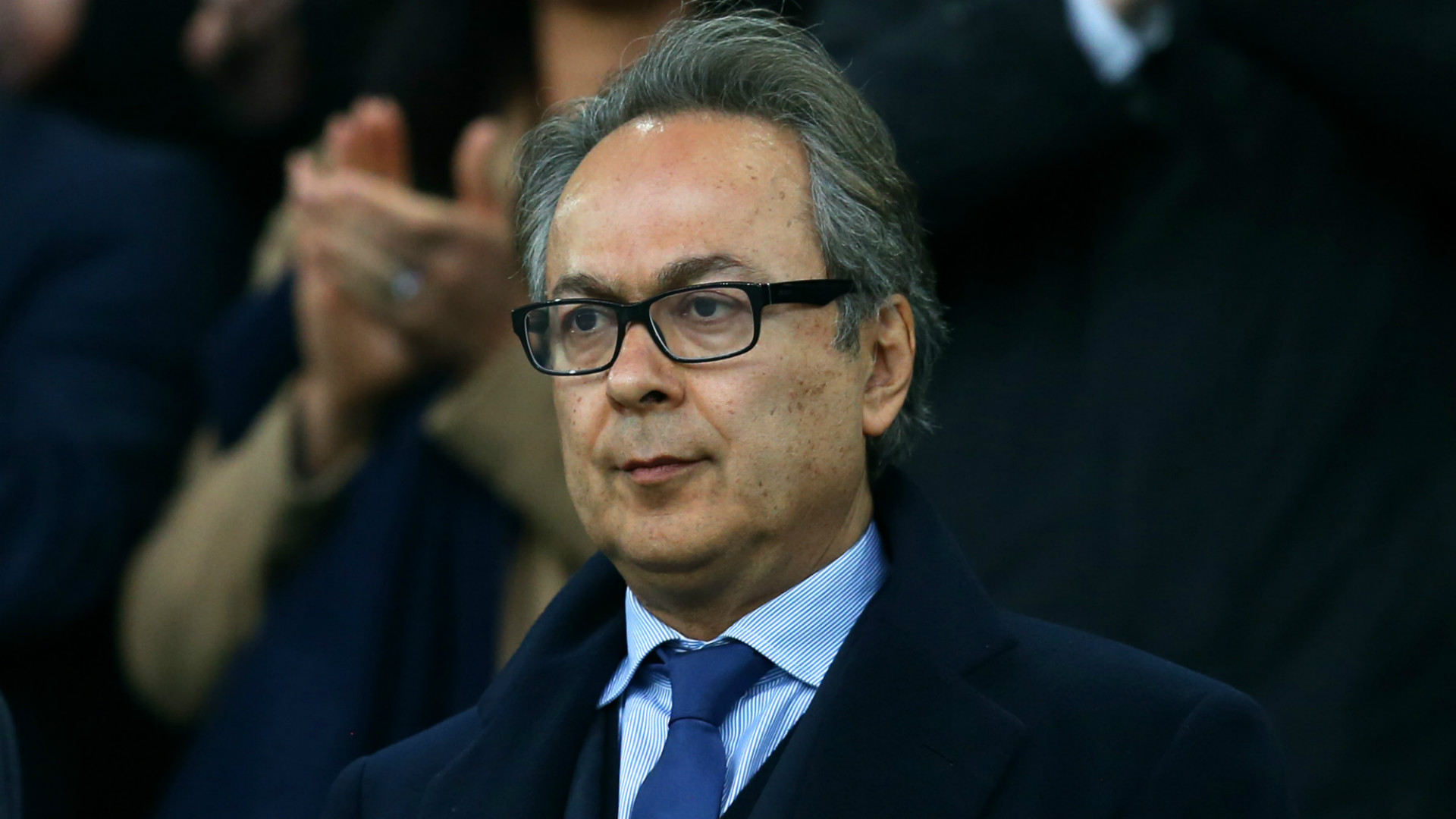 Three years in, and Farhad Moshiri’s Everton remain very much a ‘work in progress’.

The Blues’ majority shareholder celebrated his anniversary this week but there has been little reason for champagne corks to be popping at Goodison Park in recent seasons.

Indeed, Moshiri’s time on Merseyside is defined more by managerial changes, dubious signings and fan frustration than anything else.

Sunday brings the biggest game of the Blues’ season, as they welcome title-chasing Liverpool for the second Merseyside derby of the campaign.

“A World Cup final,” Jurgen Klopp called it last weekend. Not quite, perhaps, but a chance nonetheless for Everton to give their supporters something to cheer in what has been a largely unimpressive year.

It’s not an easy time to be an Evertonian. The club are on their longest ever run without a trophy, their last being the FA Cup back in 1995, while even the optimism brought by Moshiri’s arrival in 2016, and the unprecedented spending spree which has followed since, has gradually ebbed away.

Even Google stuck the knife in recently. Fans who typed the word ‘woe’ into the world’s most famous search engine were told that the word means “great sorrow or distress”. The example used to illustrate this definition was: “The Everton tale of woe continued."

Harsh? Perhaps a touch. The Toffees are, after all, ninth in the Premier League table and head into this weekend buoyed by a much-needed 3-0 win at Cardiff on Tuesday night. There are clubs in worse states, for sure.

The trouble is, when you spend as they have and you talk as Moshiri has, more is expected. Treading water inspires nobody, especially at a club which remains English football’s fourth most successful in terms of league titles, and has some of the most dedicated and passionate supporters in the country.

“I have thrown in £250 million to turn a museum into a competitive outfit,” Moshiri said at the club’s Annual General Meeting in January.

The Monaco-based investor, a former shareholder at Arsenal, is serious about restoring Everton to its former glories. He has already increased his initial 49.9 per cent stake in the club to 68.5%, and has committed to upping that again to 77.2% no later than July of this year.

Upon his arrival, he spoke of the need to “build sustained success for the future”, and the club’s proposed new stadium, a 52,000-seater situated at the Bramley Moore dock on the iconic Liverpool waterfront, would be a huge step in that regard. A planning application, it is hoped, will be submitted later this year.

On the pitch, Everton remain in a state of flux, not good enough to threaten the Premier League’s established top six, but far too good to worry about a relegation battle.

They will finish this season between seventh and 12th, as they have in eight of the last 10 campaigns. They are also out of both domestic cup competitions, beaten by Southampton in the Carabao Cup and, painfully, by Millwall in the FA Cup.

“Just not good enough,” was Moshiri’s assessment six weeks ago, when he spoke of “bad luck and poor judgement” with regards to the £250m invested in the transfer market over the past three years.

Much of that poor judgement is his, to be fair. His appointment of Steve Walsh as the club’s first ever director of football in 2016, working in tandem with Ronald Koeman, was little short of disastrous.

Walsh arrived as the scouting mastermind behind Leicester’s incredible title success, but the mistakes he and Koeman made in less than 18 months on Merseyside will take years to correct.

Some of the signings have gone already. Davy Klaassen joined for £23.6m but departed for around half that fee after just a year. Wayne Rooney, a sentimental signing pushed by chairman Bill Kenwright, top-scored last season but was moved on to DC United in the summer.

Others, such as Ashley Williams, Sandro Ramirez, Nikola Vlasic and Yannick Bolasie, are out on loan, with Everton paying some, if not all, of their wages. That quartet cost around £50m when purchased; they won’t when they’re sold.

Henry Onyekuru, meanwhile, has yet to receive a work permit to play for the club. He cost £7m when signed in the summer of 2017.

There were some successes. Dominic Calvert-Lewin was a shrewd pick up at £1.5m from Sheffield United, while Idrissa Gueye has justified the £7.2m Everton paid to Aston Villa. In time, Jordan Pickford, Michael Keane and perhaps Ademola Lookman may prove their potential too.

Others won’t. Cenk Tosun, signed last January for Sam Allardyce, is behind Calvert-Lewin in the pecking order and will surely leave this summer, as will Morgan Schneiderlin, whose start at Cardiff was his first in the league since September. Theo Walcott, once a stellar player, looks like one who was signed too late.

Both Koeman and Walsh, and later Allardyce, lost their jobs as Moshiri, to his credit, displayed his reluctance to let bad situations slide. Everton had, in David Moyes, the same manager for 11 years; since his departure they have had five in six, with David Unsworth, the Under-23s coach, acting as caretaker twice.

Silva is the latest incumbent, while Marcel Brands replaced Walsh as director of football last summer and has since been promoted to the club’s board.

The Dutchman, who made his reputation with PSV Eindhoven, will be responsible for leading the club’s recruitment drive this summer, though an equally large task will be reducing Everton’s £145m annual wage bill.

The likes of Sandro, Bolasie, Williams, Vlasic, Schneiderlin, Walcott, Tosun, Baines, Jagielka, Kevin Mirallas, Muhamed Besic are all expected to depart, as are James McCarthy and Oumar Niasse, the last signing of the Martinez era.

A centre-forward, clearly, is a must. Everton’s inability to replace Romelu Lukaku, sold to Manchester United for an initial £75m fee in 2017, has haunted them.

Failed moves for the likes of Memphis Depay and Olivier Giroud did little to help Koeman or Walsh’s cause, while Silva was told in January that the “financial conditions” were not right for him to go out and spend.

The Portuguese has been under scrutiny in recent months, with his side recording just four league wins in their last 15 games, losing nine.

Their defence, and in particular their appalling record from set-pieces, is a cause for concern, while a lack of goals is highlighted by the fact that Gylfi Sigurdsson, an attacking midfielder, is their top scorer this season.

The Iceland international was the most expensive signing of the Walsh era, and while he will have little or no re-sale value in years to come, he has at least contributed moments of genuine quality in his time on Merseyside.

And so to Sunday, then, as Everton look for a first Merseyside derby win in eight-and-a-half years.

It would not cure all of the club’s ills, of course, but it’d give their long-suffering supporters something to shout about, in a period when joy has been in short supply.

The future, Moshiri says, will be bright at Goodison. Maybe, just maybe, it will start this weekend…