African All Stars
Gbenga Adewoye
17:55 18/04/2018 Comments()
Getty Images
The youngster put up an all-round performance against Graeme Murty’s men and the 27-year-old has praised the attacker’s effort

Celtic’s Leigh Griffiths has hailed Moussa Dembele’s impact in their 4-0 demolition of Rangers in Sunday’s semi-final of the Scottish Cup tie.

The former Fulham man was a thorn in the flesh of the Ibrox Stadium outfit's defence and was rewarded for his effort with a sublime finish from the penalty spot.

And the Scotland international who made a cameo in the game is in awe of the forward's performance.

“With that display, Moussa showed he is one of the top young talents in Europe,” Griffiths told club website.

“He bullied their centre-halves and he was unplayable, and his penalty just summed the guy up.

“It doesn’t matter how big the occasion is, he is always calm. I thought he was exceptional. He never gave the Rangers defence a minute’s peace.

“He has that in the locker and when he is in the mood like that he is a joy to watch.” 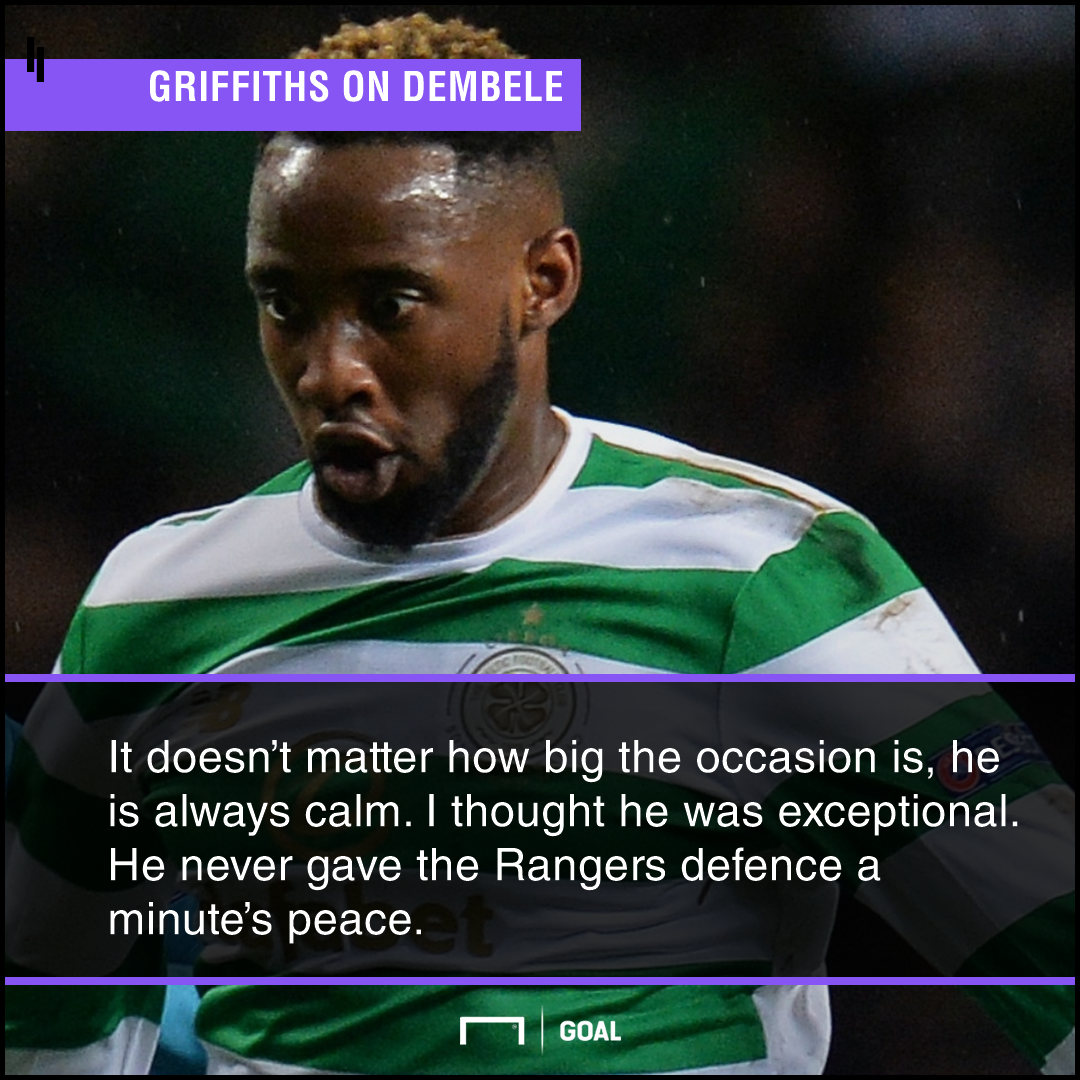 Dembele has scored 15 goals in all competitions this season and will be hoping to continue the fine form when Celtic take on Hibernian as they commence the second and decisive phase of the Scottish Premier League on Saturday.