Jurgen Klopp does not believe the presence of Erling Haaland at Manchester City will impact Mohamed Salah's goal tally in the Premier League and hopes the forward can score over 35 goals this season. The Egypt star finished last term with 23 goals in the English top-flight, sharing the Golden Boot with Tottenham attacker Son Heung-min.

The 30-year-old may be in with even more competition for the top scorer spot in the division in 2022-23, however, after Liverpool added Darwin Nunez to the squad this summer and goal machine Haaland was snapped up by City.

What has Klopp said about Salah?

Asked if the arrivals of Haaland and Darwin Nunez will motivate Salah to score more, Klopp told reporters: "Maybe but that is just talk, you should not think all the things you make up as a story are immediately important to us.

"New strikers are coming. In Germany when Robert Lewandowski left, [the talk was]: 'Who will be the new goalscorer?' That is what they discussed.

"I don't know, people are motivated by different things, I think Mo’s biggest motivation is to win football games and to score, that is definitely the case.

"I don't think he thinks too often about other players or how often they score. He might do it in May when he has hopefully 34 or 35 and the other two have 32. Before then I can't see that."

Salah had been linked with a move away from Liverpool as negotiations over a new contract dragged on.

The attacker had entered the last year of his deal and could have left the club for free next summer, but he eventually committed his future to the Anfield side by signing an extension that runs until 2025.

Klopp believes Salah would have been equally committed to the Liverpool cause had he not signed his new contract, but says the signing will now help them avoid so much speculation in the press.

"It is of course much better than if we would have been out of contract next summer," he added.

"Mo would have been the same person, I am 100 per cent sure he could have pushed that aside, but you would not stop asking and that is the problem we constantly face.

"You asked me how he was in training and it's because 'ah, the contract'. You ask the players and they say 'yesterday he was all right' but these things help, yes.

"It helps much better to know exactly as much as possible about the season after rather than one year, but in the year itself it is not that relevant. 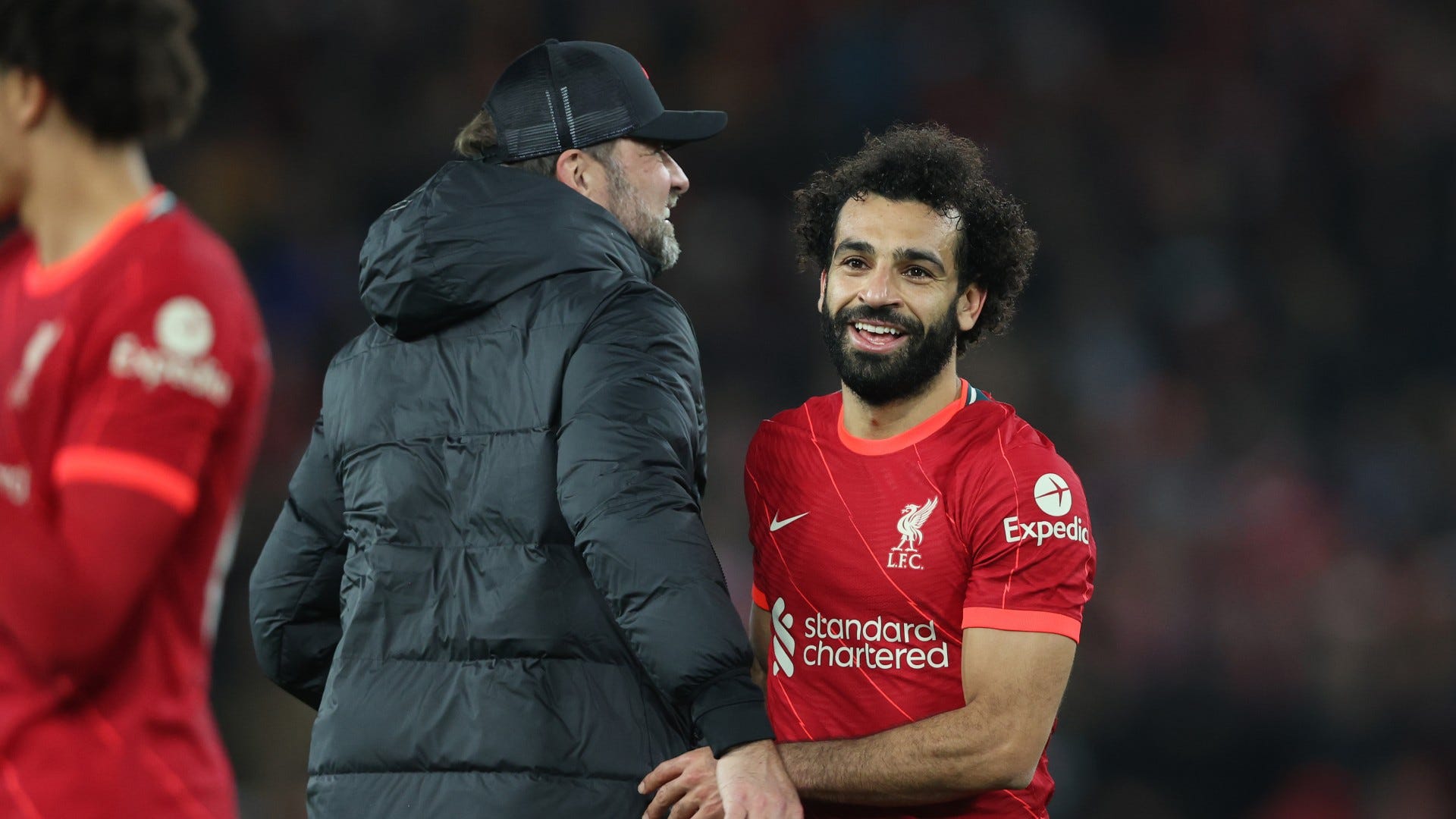 "I have worked with players in that and not seen it one day and I, as a player, would have been more influenced by this fact that I don't know where I am next year than these players were.

"It was Gini [Georginio Wijnaldum], Emre Can, it was [Robert] Lewandowski at Dortmund, these boys are real professionals, but we live in a world where everything is important and you have questions all the time and you give an answer and then you think about it and that is different because we all know exactly where we all will be."