Moses Simon is delighted after Gent’s 2-0 win over Anderlecht in Sunday’s Belgian First Division A encounter at the Constant Vanden Stock Stadium.

The Nigeria international played for 72 minutes in his 21st top-flight appearance for the Buffalos this season to help his side into the Champions League qualification spot.

Second half efforts from Brecht Dejaeghere and Yuya Kubo propelled the away team past Hein Vanhaezebrouck’s men.

And following a commanding display, the Super Eagles forward has taken to the social media to share his excitement. 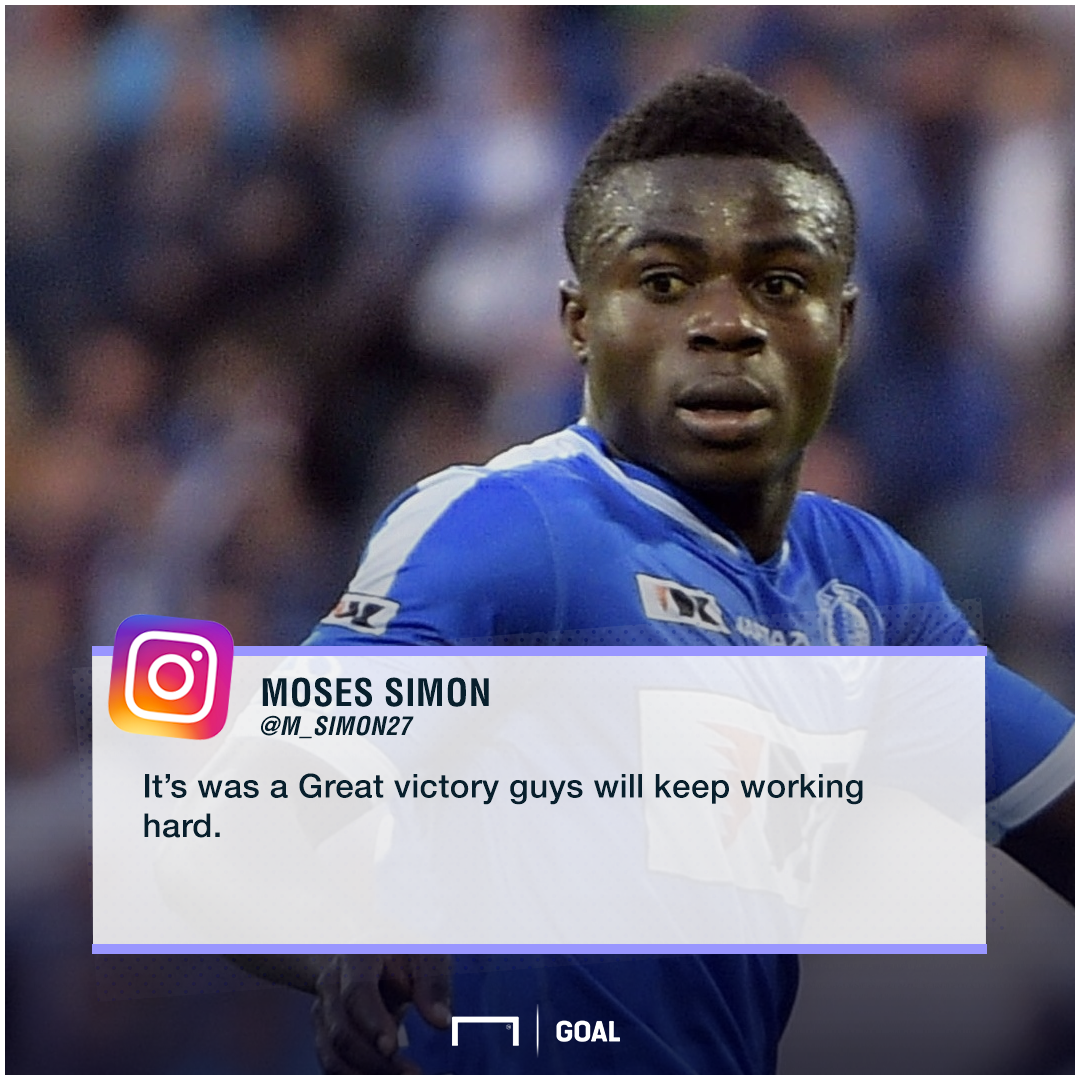 The former AS Trencin player has scored five goals in 25 appearances across all competitions and will be hoping to play a part when Gent play host to league leaders Club Brugge in their next game on April 8.