Chelsea
Nizaar Kinsella Click here to see more stories from this author
Chelsea correspondent
00:51 19/02/2019
facebook twitter copy
Comments (0)
Getty
Maurizio Sarri's hopes of hanging on to his job are hanging by a thread after another dismal defeat, this time at home to Man United in the FA Cup

“Barcelona were predictable but they won" was Maurizio Sarri's defence when recently quizzed on why he never makes changes to his starting line-up.

Unfortunately for him, though, Chelsea are no longer winning under the Italian coach, and are now out of the FA Cup following a 2-0 defeat at home to Manchester United, just over a week after dropping out of the Premier League's top four after a humiliating 6-0 loss at Manchester City.

Sarri needs time to implement his nuanced style of football, of course, but patience is now in short supply at Stamford Bridge, because, unlike fellow philosopher Pep Guardiola during a difficult first season at the Etihad, the former Napoli boss can't point to past glories to reassure the sceptics.

Indeed, after boos at half-time, with Chelsea already two goals down, chants of "F*** Sarriball!" were ringing out from the Matthew Harding End before the full-time whistle had even blown.

The fans also demanded to see Callum Hudson-Odoi come on but Sarri stubbornly ignored them.

His substitutions were instead characteristically predictable as Willian and Ross Barkley came on for Pedro and Mateo Kovacic, respectively.

Neither man made an impact as Chelsea failed dismally to trouble a team that had arrived in west London on the back of a chastening Champions League loss at home to Paris Saint-Germain, and without two key players, in Anthony Martial and Jesse Lingard.

The visitors simply copied the game plan that Tottenham, Everton, Leicester City and Arsenal have all implemented in recent matches against Chelsea. Juan Mata marked, and thus successfully stifled, Jorginho, just as Gylfi Sigurdsson, Dele Alli and Aaron Ramsey did before him.

Chelsea were targeted and subsequently exposed in the spaces between the centre-back and full-back positions. Ander Herrera and Paul Pogba were the beneficiaries as their runs into the area went untracked by the Blues midfield, allowing both to net before the break. 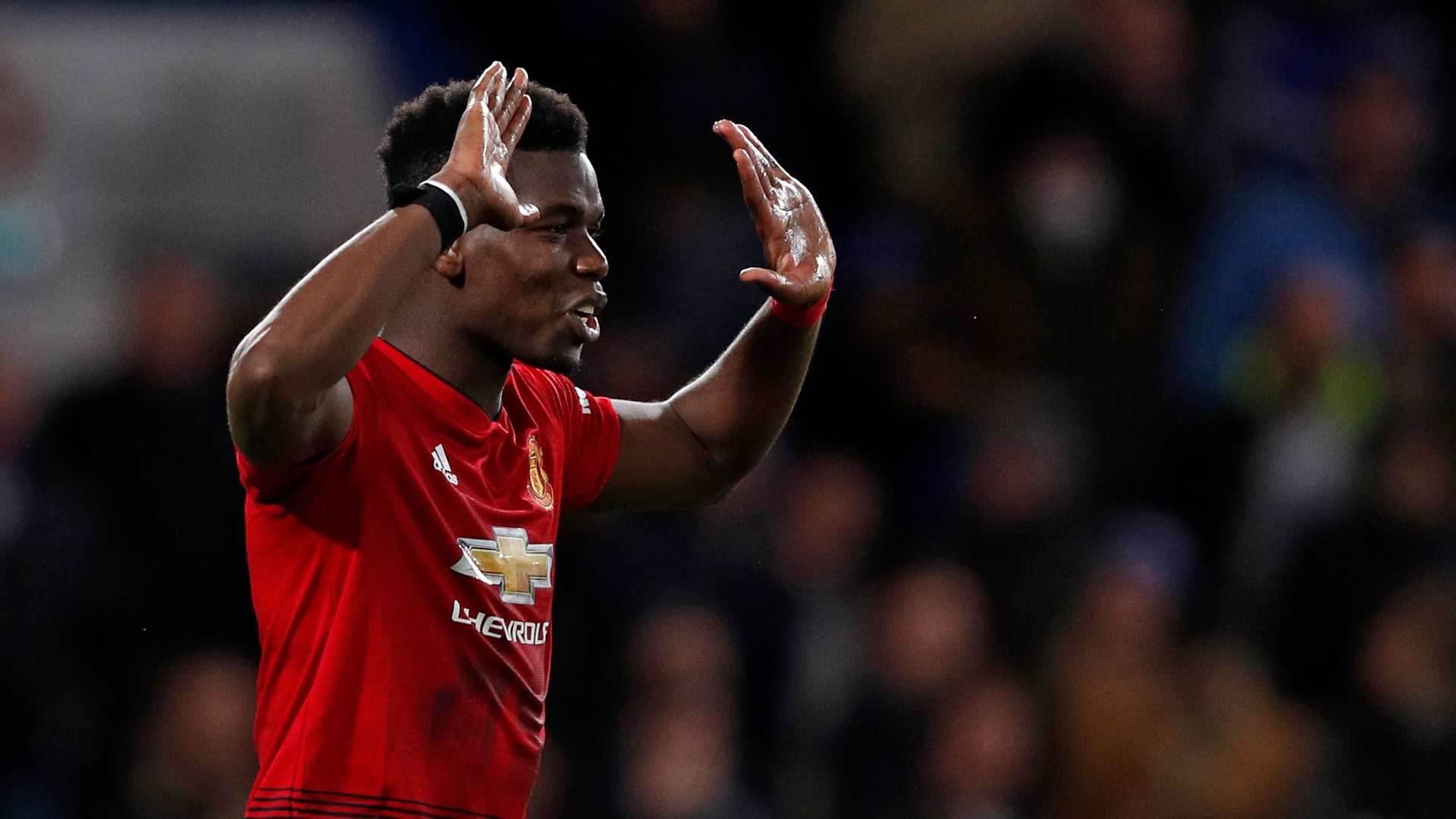 Man Utd were also repeatedly able to hurt Chelsea thanks to the pace and industry of Marcus Rashford, whose performance evoked memories of similarly effective displays against the Blues from the likes of Pierre-Emerick Aubameyang and Son Heung-min.

It was all just damningly familiar from the home side's perspective.

Sarri has cast himself as a "dreamer", an idealist trying to revolutionise Chelsea's entire approach to the game, but many fans are beyond frustrated with what was supposed to be an exciting style of football but is instead proving slow, boring and, worst of all, unsuccessful.

The players can't be faulted for effort. But, by the end, they looked bewildered, as the fans invested more energy in expressing their displeasure at what they were seeing - again - than trying to spark a comeback.

It's hard to blame them either. They've seen this all before: the same tactics, the same defensive mistakes and the same lack of bite up front. The only difference was that this time it has cost them the FA Cup crown they claimed last season under Antonio Conte.

As the full-time whistle blew, Sarri looked as frustrated as everyone else around him. The sad reality now is that if he doesn't make a change, his employers will.