Harambee Stars were bundled out of Chan qualifiers after they failed to find the back of the net against Ethiopia in return leg match played at Nyayo Stadium on Saturday.

Like it was the case in Ethiopia a fortnight ago where Kenya had a chance to grab a vital away goal in a 2-0 defeat, the Bobby Williamson charges failed to capitalize on a poorly awarded penalty as Gor Mahia marksman Ali ‘Teargas’ Abondo hit the post from twelve yards.

The penalty miss that could have brought Harambee Stars back into the match, summed up Kenya’s dismal run in the tournament that is reserved for local-based players as Abondo was quickly hauled off to be replaced by Tusker’s new signing Danson Kago.

Tusker midfielder Kevin Kimani had squandered the away penalty but on Saturday the visitors were quick on the ball and set up a high tempo match that at first proved too much for the Kenyans. Gor Mahia defender Haroun Shakava was booked at the quarter mark for bringing down an opponent, who was going to score. 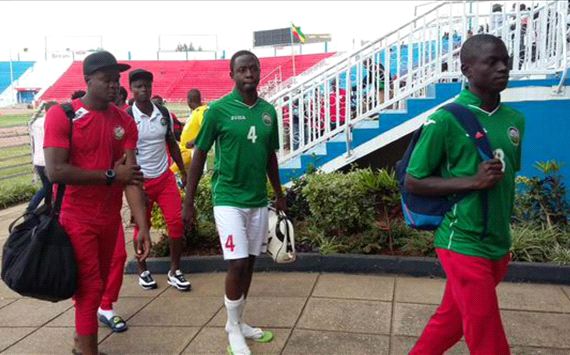 The first opportunity for Stars came after twenty minutes when Humphrey Mieno was brought down at the edge of the Ethiopian box. Collins 'Gattuso' Okoth took the resultant free-kick but it was badly taken and hit the visitor's wall and ended up at the feet of Ali Abondo. The Kenyan midfielder was ruled off side even before he kicked the ball.

Before that, Ramkel Lok had been allowed to sneak past the Kenyan backline and it took Boniface Oluoch coming out to deny him a goal scoring opportunity. Another opportunity for Stars came in the 22nd minute. Ali Abondo's well taken free-kick was punched out by Gatenet Alemu as the home side took an upper hand in the match.

As Kenyan piled pressure, their opponents preferred to stay behind and opting for counter attacks and long balls. Ephrem Ashamo's surprise long shot in the 25th minute forced a save from Boniface Oluoch.

The Ethiopian backline did a good job to mark out Kenyan marksman Michael Olunga though the Gor Mahia striker still found room to create problems for them. His attempt in the 35th minute gave Kenya the first corner in the match while his second went direct to the Ethiopian goalkeeper. 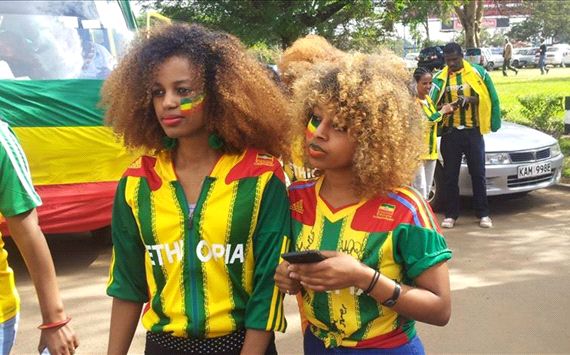 It was the visitors, who should have killed off the game in the dying minutes of the first half, when Behali Aseffa missed to score from a counter attack. Ethiopia started the second half well and Ramkel Lok should have scored the opening goal right at the start but great goalkeeping by Boniface Oluoch ensured it did not happen.

In the 61st minute, Kenya had a chance to reduce the deficit but Ali Abondo failed to score from the penalty spot with his shot hitting the post. Even then the Ethiopian goalkeeper had dived the right way. Abondo was pulled off from the pitch after that miss and his position taken by Danson Kago.