An African champion, both as an individual, at club level and as part of Nigeria's swashbuckling team of the mid-to-late-90s, the former Barcelona winger is undeniably deserving...

Few Nigerians in history have been deemed worthy of the famous Barcelona  shirt.

Emmanuel Amuneke , streaking winger that he was, is one of a select group that, if recent reports are to be believed, could include Chelsea ’s Victor Moses  in the not-too-distant future.

In this week's African Legend of the Week feature, we look back at the career of one of the continent’s finest players, who is now making a name for himself as a coach in the Nigerian youth ranks. 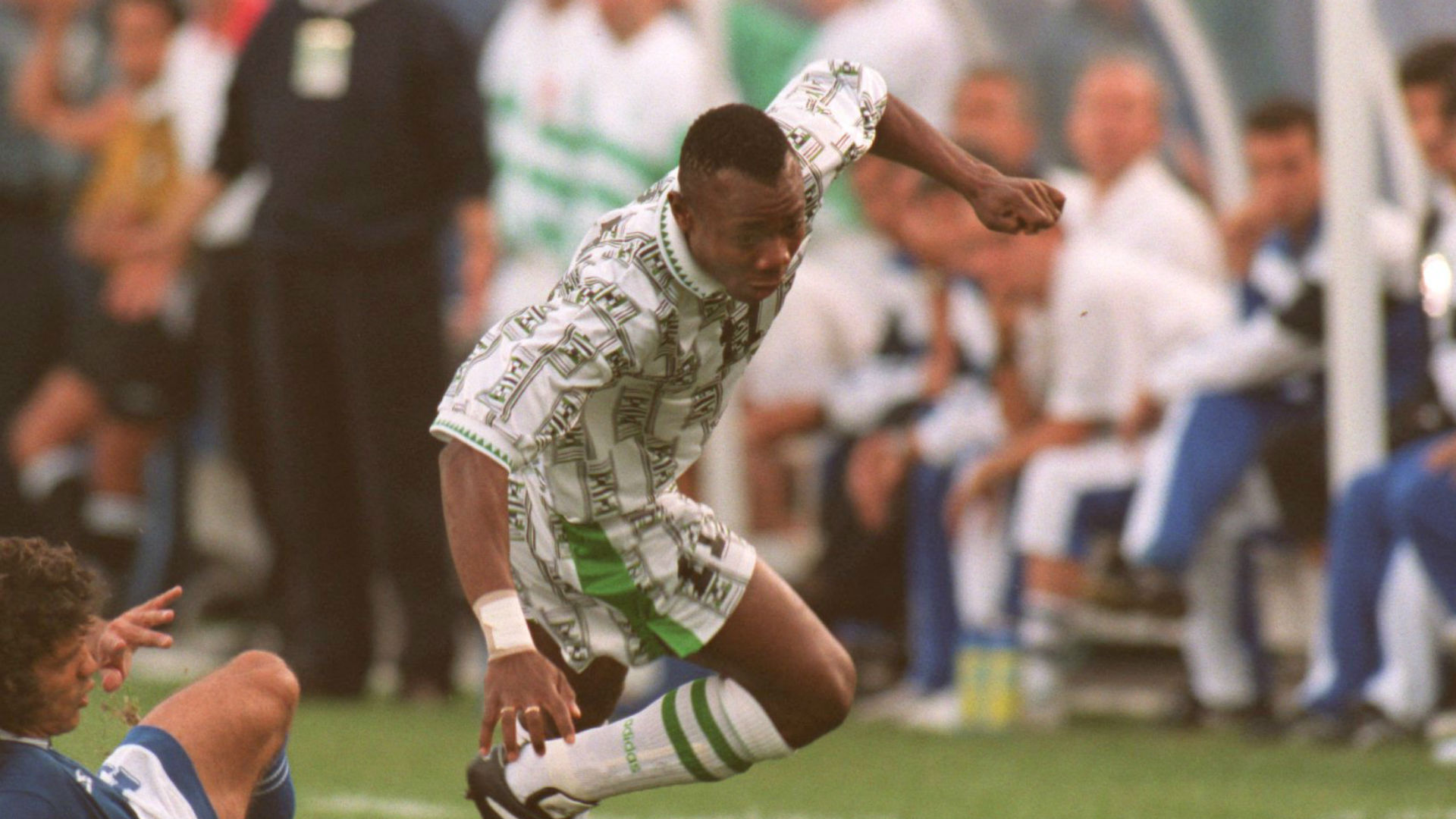 A storied career took him as far out as Korea and Portugal, but it is at Zamalek that Amuneke achieved some of his most spectacular successes. The White Knight are one of the continent’s most successful sides, and the winger is accorded legendary status in Egypt.

It is easy to see why.

Victor Moses could be the third Nigerian to turn out for Barcelona, after Okunowo and Amuneke. Interestingly, all three wide players.

Blessed with electric pace and a wand of a left foot, Amuneke was also a quite prolific scorer. He netted averaged less than more than a goal every three games for both Zamalek and Sporting CP over a five-year span.

A stocky, powerful frame and low centre of gravity lent itself to explosiveness and tenacity, while his diagonal runs off the flank made him a proper goal threat. It is no surprise that this unique blend of qualities caught the eye of Barcelona in the winter of 1996. 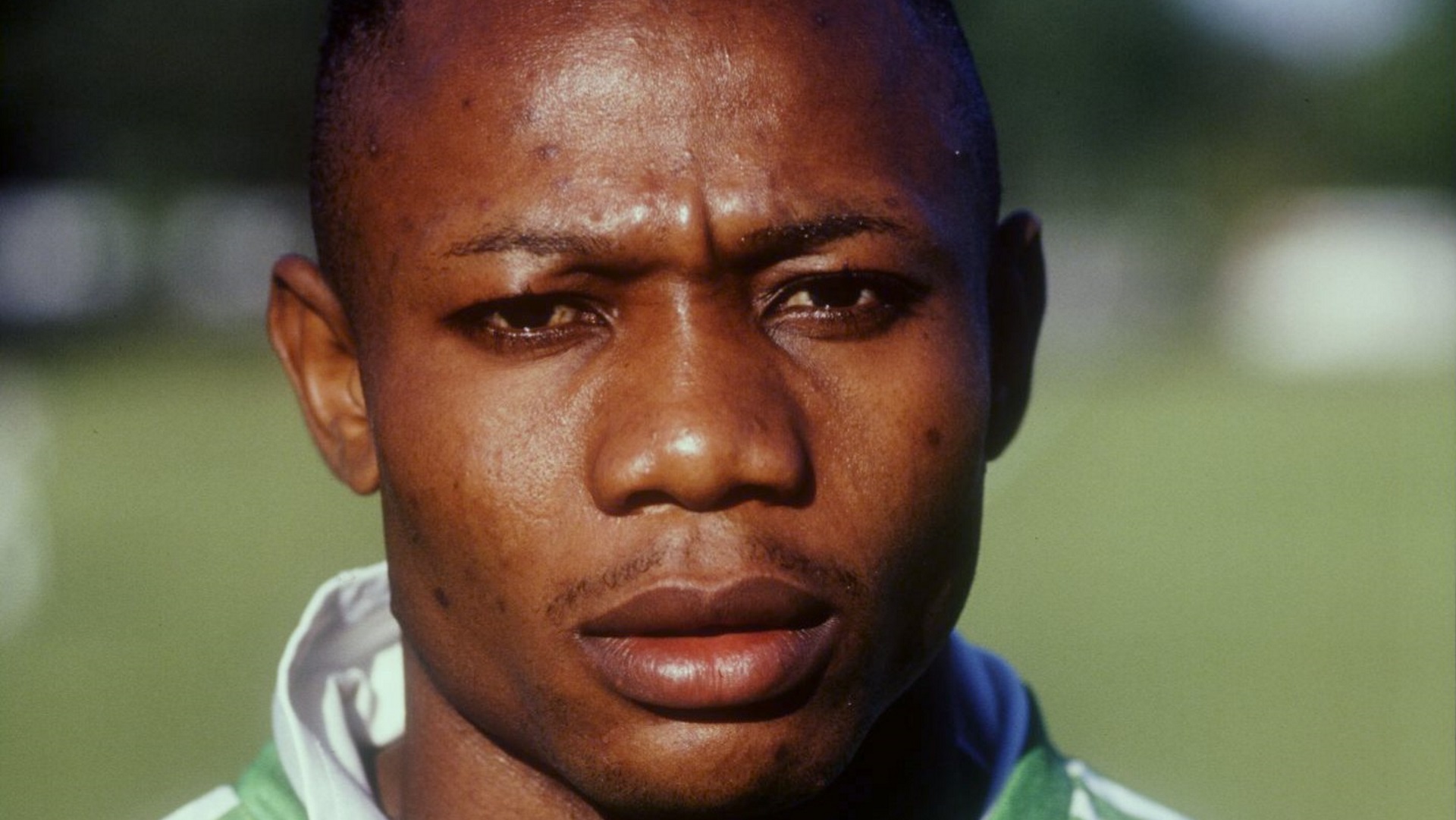 Amuneke was a member of the (now defunct) Julius Berger side that won the Nigerian league title in 1992, before transferring to Egyptian giants Zamalek. With the White Knights, the Nigeria international enjoyed significant success, winning back-to-back league titles in 1992 and 1993. He also helped Zamalek win a third CAF Champions League crown in 1993, scoring in the penalty shootout victory over Ghana’s Asante Kotoko to complete a double.

With Sporting, Amuneke spent two seasons, and while a league title eluded him, he won the 1995 Taca de Portugal - scoring in the semifinal win over Vitoria Setubal - and the Portuguese Super Cup.

He was a part of the Barcelona team that claimed an extra time victory in a hard-fought 1997 Copa del Rey final, coming on for Hristo Stoichkov in the 66th minute. His time in Catalonia was marked by injury, however it also featured two league titles. 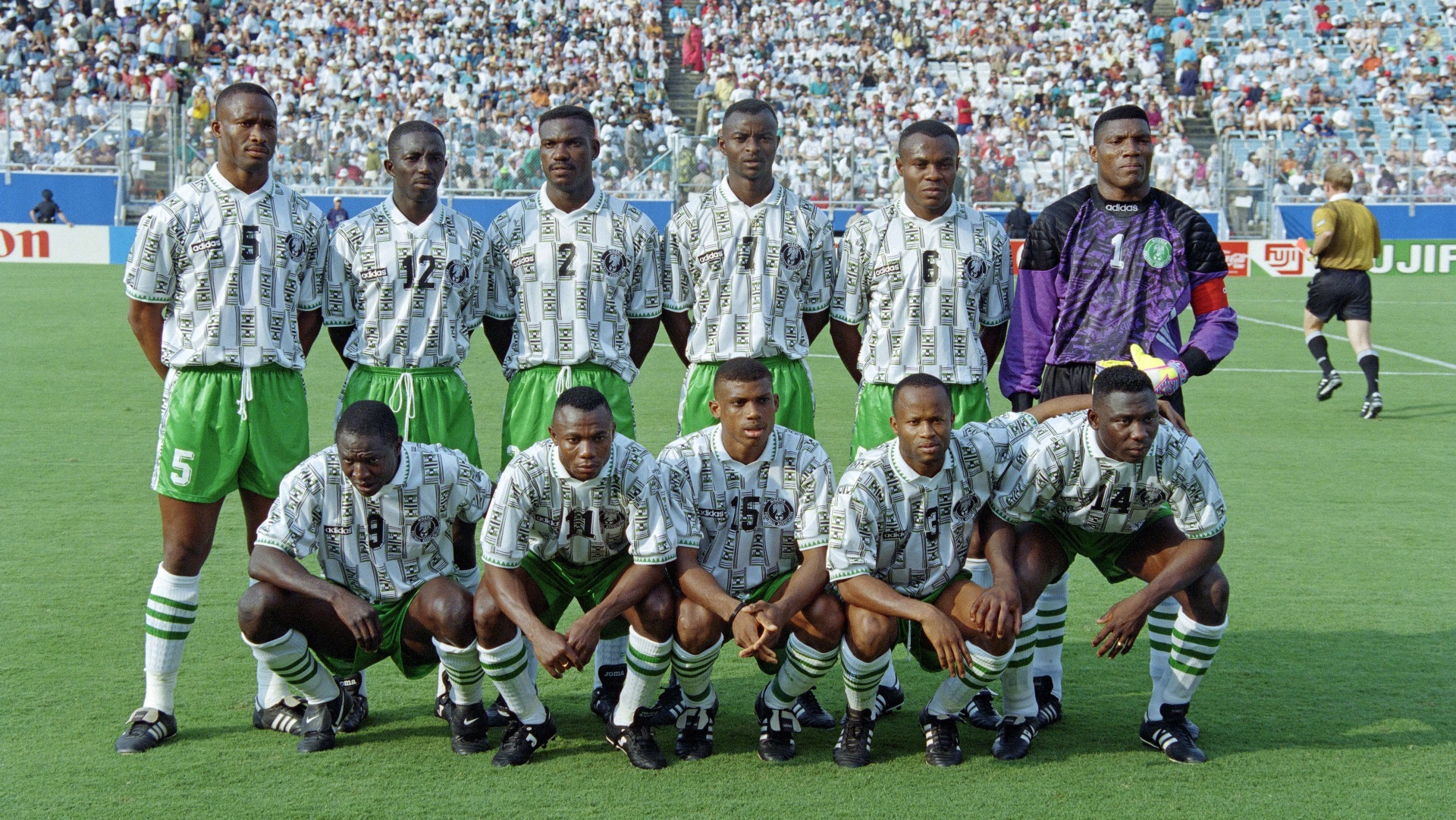 Amuneke also enjoyed a great deal of success with the Nigeria national team. He was a member of the 1994 Super Eagles, a Golden Generation of players that delivered a second Africa Cup of Nations title in Tunisia. That team also qualified Nigeria for a first-ever appearance at the World Cup in the USA.

How Luis Enrique would love to have this former teammate back for El Clasico...in his prime, of course! pic.twitter.com/QJnsRd6wTx

That team would be eliminated in the Round of 16 in heartbreaking fashion by Roberto Baggio’s Italy, but they won hearts and captured imaginations throughout the tournament. Amuneke finished as the team’s joint top-scorer with two goals, scoring a superb diving header against Bulgaria in the group stage, as well as a hooked volley in the 2-1 loss to Italy.

He was also a member of the Olympic football team that won the gold medal at the Atlanta 1996 Games, scoring the winning goal in the 3-2 final victory over Argentina. 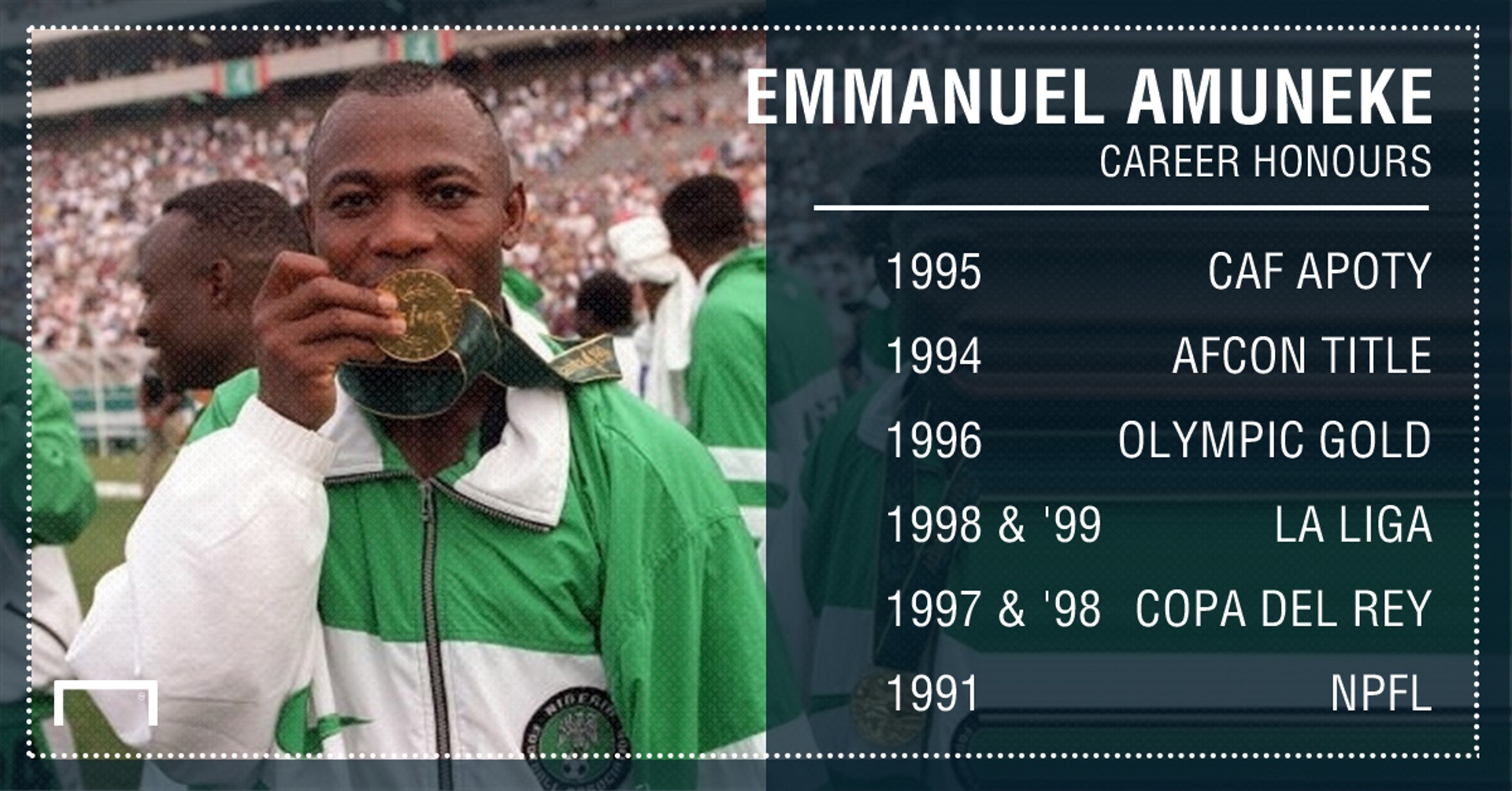 Following his brace in the final of the Africa Cup of Nations, as well as a starring role in Nigeria’s first-ever World Cup appearance, Amuneke was voted African Player of the Year in 1994.

He was favoured over George Weah and compatriot Rashidi Yekini. 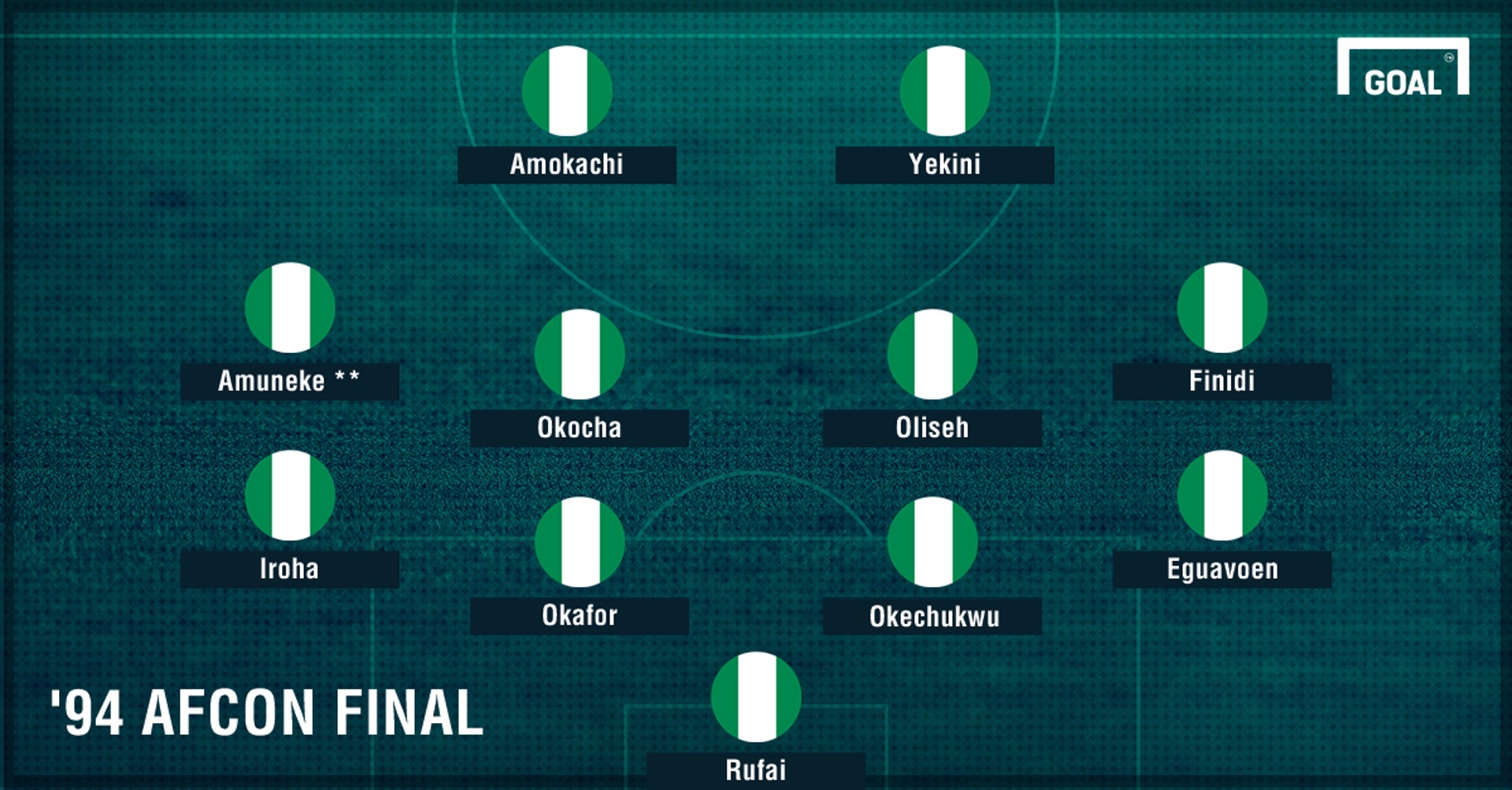 “No player worth his salt likes to warm the bench,” Amuneke told Thisday, “but I’m the kind of person that respect’s coaches’ decisions.”

In spite his impact in Egypt with Zamalek, the then 24-year-old winger found a place in the national team hard to come by. The Super Eagles had beaten all comers, and were faced with one last hurdle: Zambia in the final of the 1994 Africa Cup of Nations. Amuneke had yet to play a minute all tournament.

It made the decision of Dutch coach Clemens Westerhof to select him all the more fascinating.

Zambia went into the lead as early as the third minute, Elijah Litana powering home a header from a corner to stun the favourites. Amuneke promptly replied two minutes later, reacting quickest to force home the equaliser after a corner was headed down in the Zambian box.

The score stayed level until two minutes after the break. Midfielder Sunday Oliseh received the ball, looked up and lofted a lovely ball over the top of the defence. Amuneke’s angled run behind the full-back met it, and his perfect first touch set up the volley for the winner.

“I was very glad that when I was eventually featured in the last game, i was able to prove a point.”

Prove a point he did - he was never dropped again. 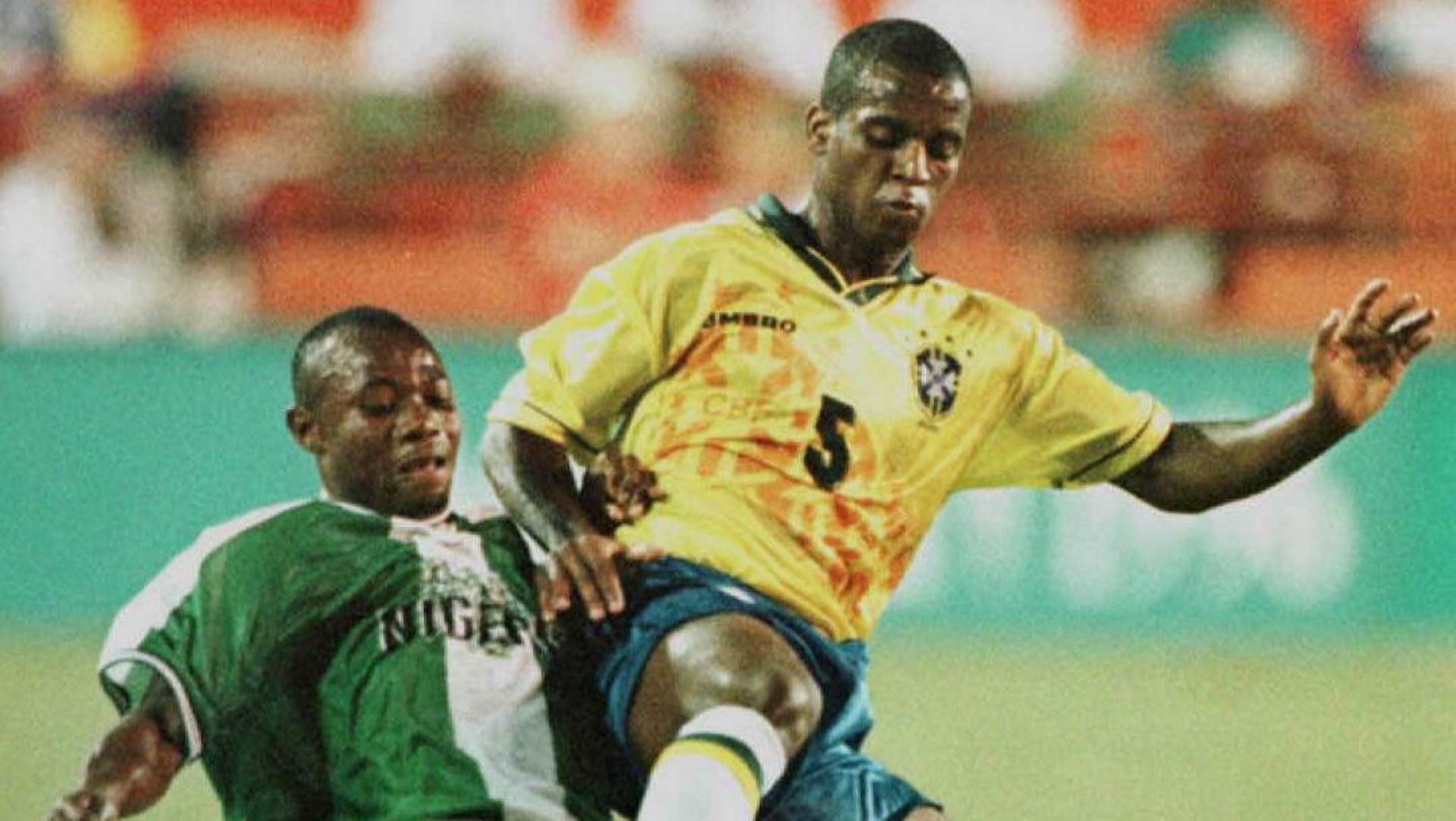 His performances at Zamalek and Sporting won him a dream move to Camp Nou at the beginning of his prime years. However, his fairytale soon turned sour. After a productive first season, the struggle with injuries began.

He was never able to bounce back from a knee injury sustained before the commencement of the 1997/98 season, and only made three more appearances before the expiration of his contract in 2000.

It would deprive him of a proper legacy in Catalonia, and bring his international career to a premature end.. 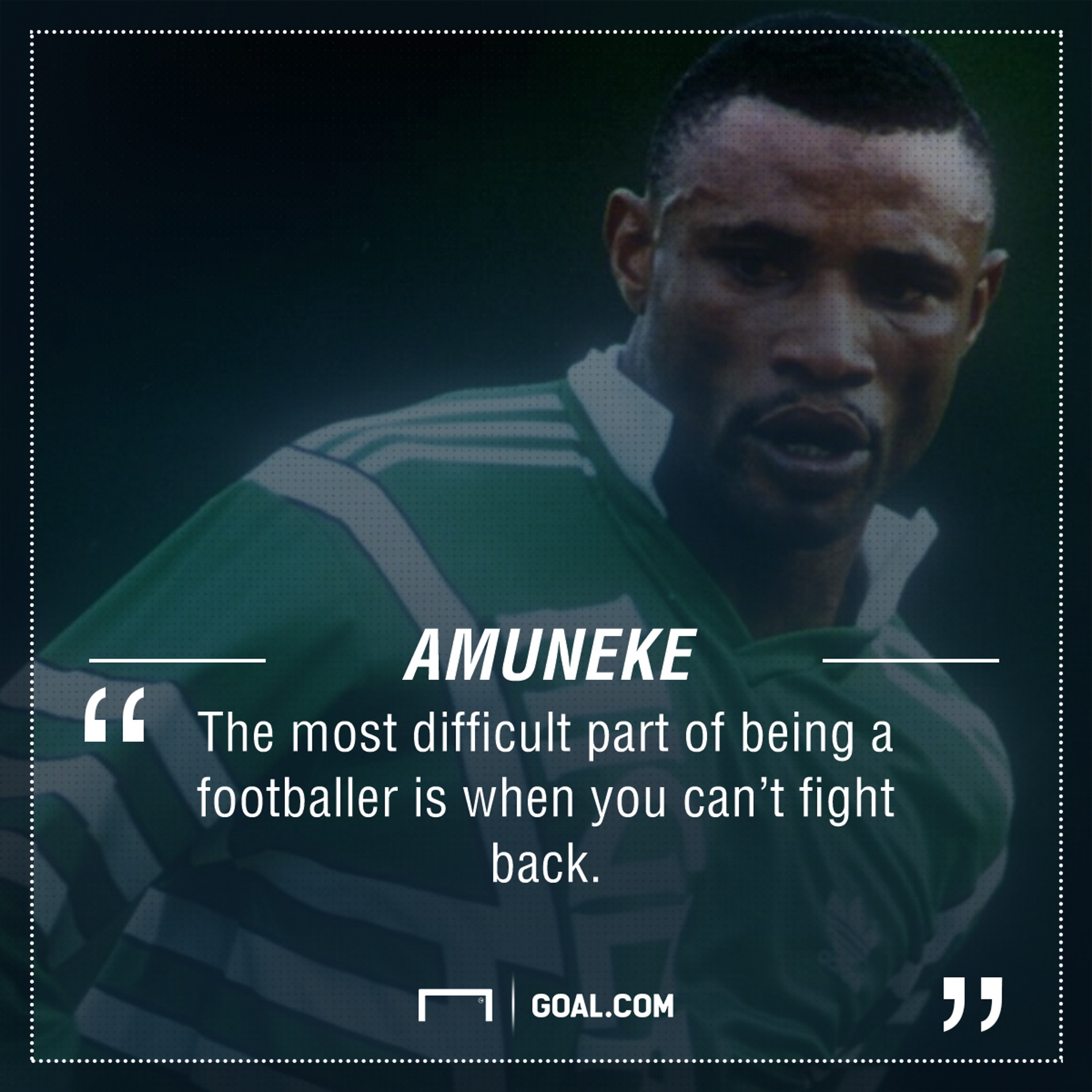 “It was very painful that the knee injury came at the time…especially after moving to one of the best clubs in the world. It was a moment of despair having to watch my colleagues in the national team play in France 1998.” - Emmanuel Amuneke.

“He called me names and embarrassed me, he said it’s impossible to just take his players.” - Football agent Henry Galliano.

“The most difficult part of being a footballer is when you can’t fight back.” - Emmanuel Amuneke.