Who will win the Carabao Cup 2019-20? The favourites, outsiders, underdogs & latest odds 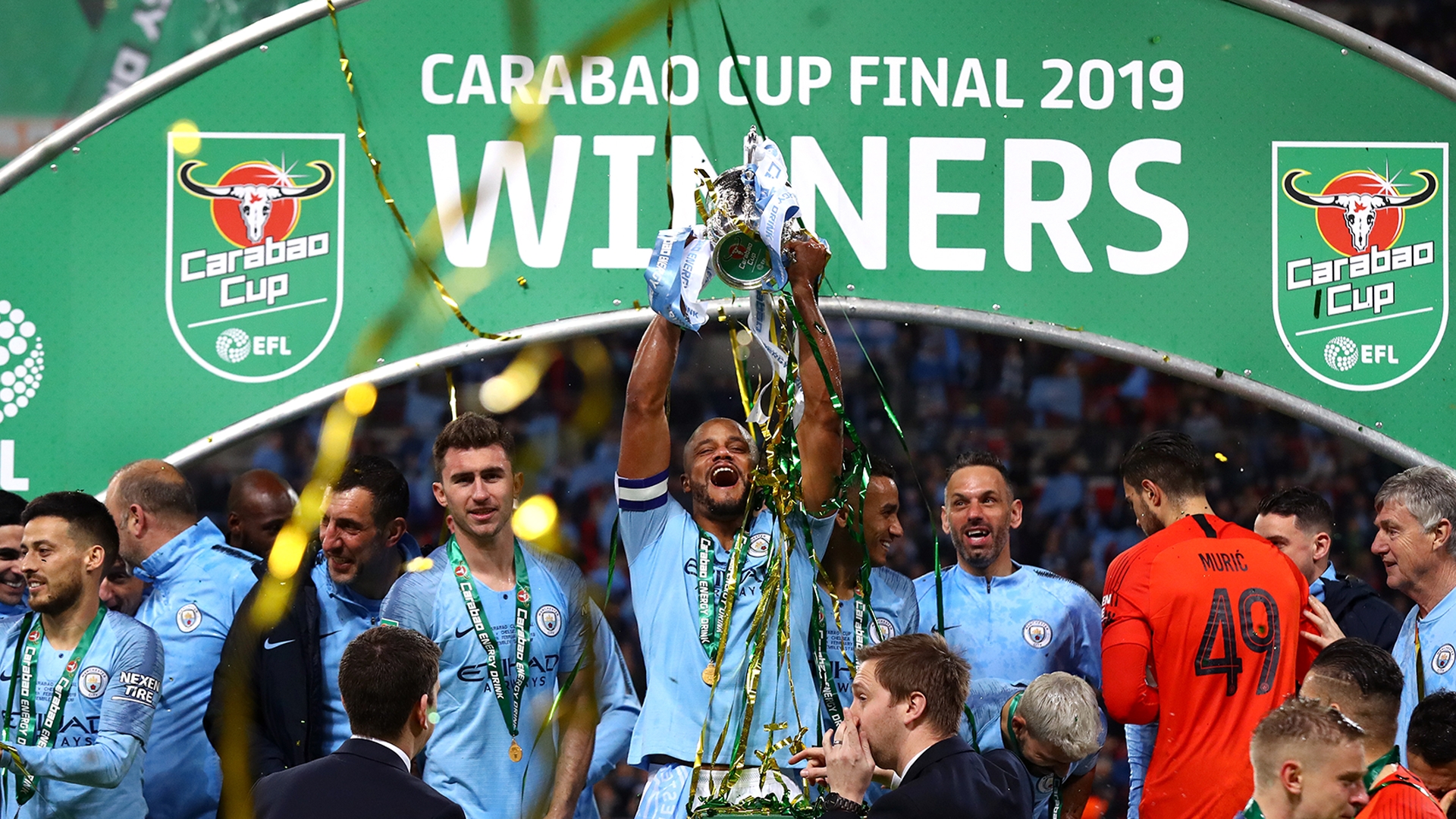 Manchester City have won the title in each of the last two campaigns but can they make it three in a row this season?

The Carabao Cup is well underway as Manchester City continue their defence of the trophy.

Pep Guardiola’s side have dominated this tournament in recent times and will be out to lift it again at Wembley on March 1, 2020.

Who are the Carabao Cup favourites?

This competition formed the first part of City’s historic domestic treble last season when they beat Chelsea on penalties in the final, 12 months after they defeated Arsenal 3-0.

Guardiola has lost just one match in the competition since taking over at the Etihad Stadium – a 1-0 defeat to rivals Manchester United in October 2016 – and will have his sights set on lifting the trophy for the fourth time in five years.

Liverpool are 7/2 (4.50) to win the Carabao Cup for the ninth time and extend their record as the most successful team in the competition’s 60-year history.

The Reds have not lifted a domestic trophy since 2012 and Jurgen Klopp has far from prioritised this tournament in recent seasons or indeed in this campaign, but they are in the quarter-finals thanks to the exploits of reserve and fringe players.

Who are the Carabao Cup underdogs?

The Red Devils lifted the trophy in 2017 with a 3-2 win over Southampton at Wembley and repeating the feat here would end a near-three year silverware drought for one of the world’s most successful clubs.

Leicester City are 9/1 (10.0) shots, having previously won the competition three times, with Brendan Rodgers aiming to win a trophy in England for the first time.

Everton can be backed at 10/1 (11.0) to win the tournament for the first time ever and could see this competition as a chance to end a trophy drought that goes back to 1995.

Who are the Carabao Cup outsiders?

Aston Villa are 25/1 (21.0) after reaching the quarter-finals of this tournament for the first time since 2012-13 and are looking to become the second-most successful team in the competition's history by winning it for the sixth time.

League One Oxford United are 250/1 (251.0) after being handed a home draw against favourites Man City in the last eight, whilst League Two Colchester United are 500/1 (501.0) ahead of their trip to Old Trafford in the quarter-finals.