Who is Alphonso Davies? The MLS teen sensation invited for a trial by Man Utd 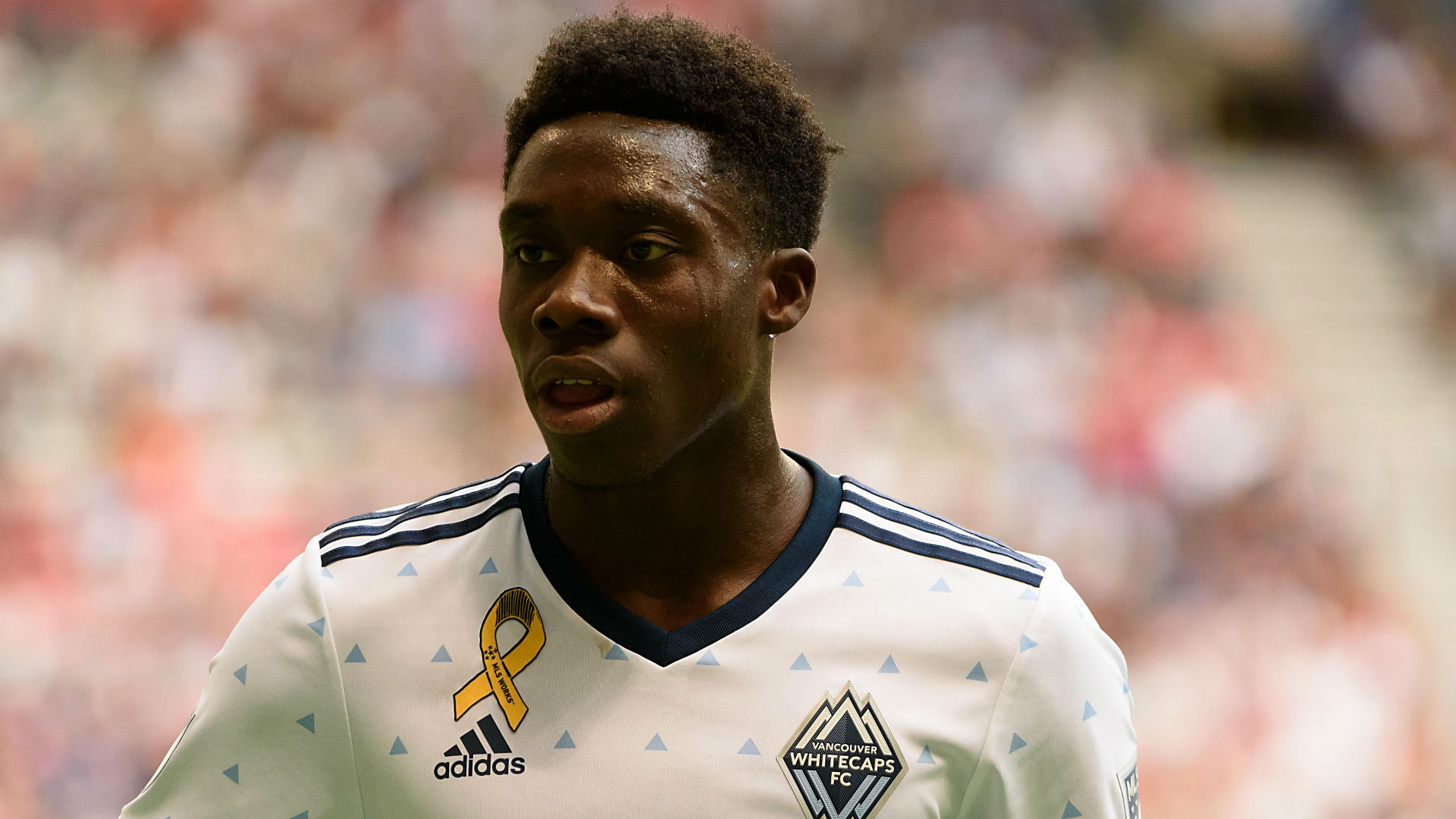 A refugee from Africa, the 17-year-old has made a name for himself in the Canadian sports landscape and could now be on his way to the Premier League

VANCOUVER — On the pitch, Canada international Alphonso Davies is a chaotic blur. Blink and you might miss him.

Perhaps faster than his feet has been the Canadian soccer sensation’s sudden ascension into international glory, which has reportedly resulted in a trial with Manchester United.

Davies, a member of the Vancouver Whitecaps in MLS, broke out as the toast of the CONCACAF Gold Cup last summer, scoring three goals in the first two games of Canada’s run to the quarterfinals – making him the youngest goal scorer in Gold Cup history.

On social media in Canada, the legend of the then-16-year-old Alphonso Davies exploded.

“At 16 i was living in my Nanny's house in Newcastle using dial up internet to chat on MSN messenger. Well done ‪@AlphonsoDavies,” tweeted one of his teammates.

“Alphonso Davies for Prime Minister” wrote another user on Twitter.

At 16 i was living in my Nanny's house in Newcastle using dial up internet to chat on MSN messenger. Well done @AlphonsoDavies 🇨🇦

Not bad compliments for someone who had just became a Canadian citizen in June and who prior to the Gold Cup had logged only eight starts in 21 total MLS regular season games. He finished his second MLS season making nine starts in 27 appearances, while scoring twice in the CONCACAF Champions League.

Canadian players and team personnel were anything but surprised about Davies’ coming out party during the Gold Cup.

“I think everybody on the team was really happy for him to get those goals,” Whitecaps goalkeeper David Ousted told Goal/Sporting News Canada. “I kind of feel like everybody on this team knows what he’s capable of, so it wasn’t much of a surprise to any of us.”

Whitecaps fans have seen flashes from Davies. They witnessed him steamroll through the ranks, taking the express lane from the team’s residency program to their FC2 squad to, finally, a prominent role on their main roster in the span of just two years, from the time he was only 15.

But it has not only been his skill and upside that have won locals over.

“First and foremost, he’s a nice young man,” Whitecaps president Bob Lenarduzzi told Goal/Sporting News Canada. “And that’s not always something you can say about talented athletes. He obviously has a lot of ability, but equally important, he’s a humble kid.”

Humility and maturity are not the most common traits with teenagers – nor are they really even expected. But if you understood where he came from, you can appreciate his perspective.

He was born in a refugee camp in Ghana during a time of turmoil and civil war in his parents’ home country of Liberia. On top of the surrounding day-to-day danger, the camp consisted of dire conditions, where water and food were often scarce.

When Davies was 5, his family fled Africa in a search for a better life in Canada, first in Windsor, ON, before eventually settling in Edmonton, AB. With his parents working to make ends meet, Davies was often tasked with taking care of his infant siblings.

“That makes you grow up quick,” said Pa-Modou Ka, his former residency coach with the Whitecaps and mentor. “What he had to witness in the past, that’s something you take with you wherever you go.”

In a country and city where hockey rules, Davies found solace and an identity on the soccer field. He spent countless hours as a kid at the Clareview Recreation Centre in Edmonton, honing his skills and emulating his hero, Leo Messi.

“He's got a good head on his shoulder, which I think is one of the things that makes him rare,” said Ousted.

Davies may be wise beyond his years, but there is still plenty of evidence of his age. He owns a baby face, accented with innocent eyes and a kind, child-like smile. Like most teenagers, he wastes infinite hours playing video games — in his case, it’s FIFA 18.

On days off, he can be seen riding the Vancouver Skytrain with his friends — all sporting identical backpacks — while commuting from his host family’s residence in Burnaby to downtown adventures. His teammates constantly laugh at his incessant Snapchatting and Instagram Stories posts.

“He’s into the new trends like the fidget spinners, the circle glasses, the Russell Westbrook look,” teammate Tim Parker said with a chuckle last summer.

Over the past year, international scouts and agents have started to linger around to watch Davies. Manchester United has been linked to Davies for months and Liverpool has reportedly shown interest. The media attention was already brewing, but his performance in the Gold Cup opened the flood gates.

“Pressure doesn’t seem to faze him, especially at his age. He’s not bothered by the fame, he just wants to play,” Modou Ka said.

The Whitecaps hope Davies keeps his focus on constant improvement.

“He has ability, and now he just has to ensure that he continues to do the things he has been doing and not assume that he’s made it, because he hasn’t yet,” Lenarduzzi said. “There have been players who have shown a lot of promise and have faded.”

One of the players Lenarduzzi may be referring to is another West African native, Freddy Adu, who in 2004 became the youngest player to ever sign a professional contract in team sports, at 14. Despite garnering mainstream attention and multiple endorsements early, Adu never lived up to the hype and spent his career bouncing around various leagues.

The Whitecaps have done their best to shield Davies from the cutthroat world of professional sports. They limit his media accessibility and monitor his progress in high school, a promise the organization made to his mother, Victoria, back in Edmonton.

Behind closed doors, there has been no shortages of coaches or teammates willing to pass on wisdom — whether that is how to create space between defenders, or how to conduct oneself like a professional on road trips.

“We can’t smother him, but you can stay on top of things,” said Lenarduzzi. “With the topic of agents, we can’t do a lot in that regard. We can’t tell him who he should or shouldn’t be going with. He has his advisor, who is a friend of the family, and his youth coach, who has worked closely with us.”

But if Davies does get taken away from Vancouver, it's not the end of the world for the Whitecaps, according to Lenarduzzi. Rather, when he does inevitably get signed by Manchester United or any other European club, Lenarduzzi will be reassured of one certainty: