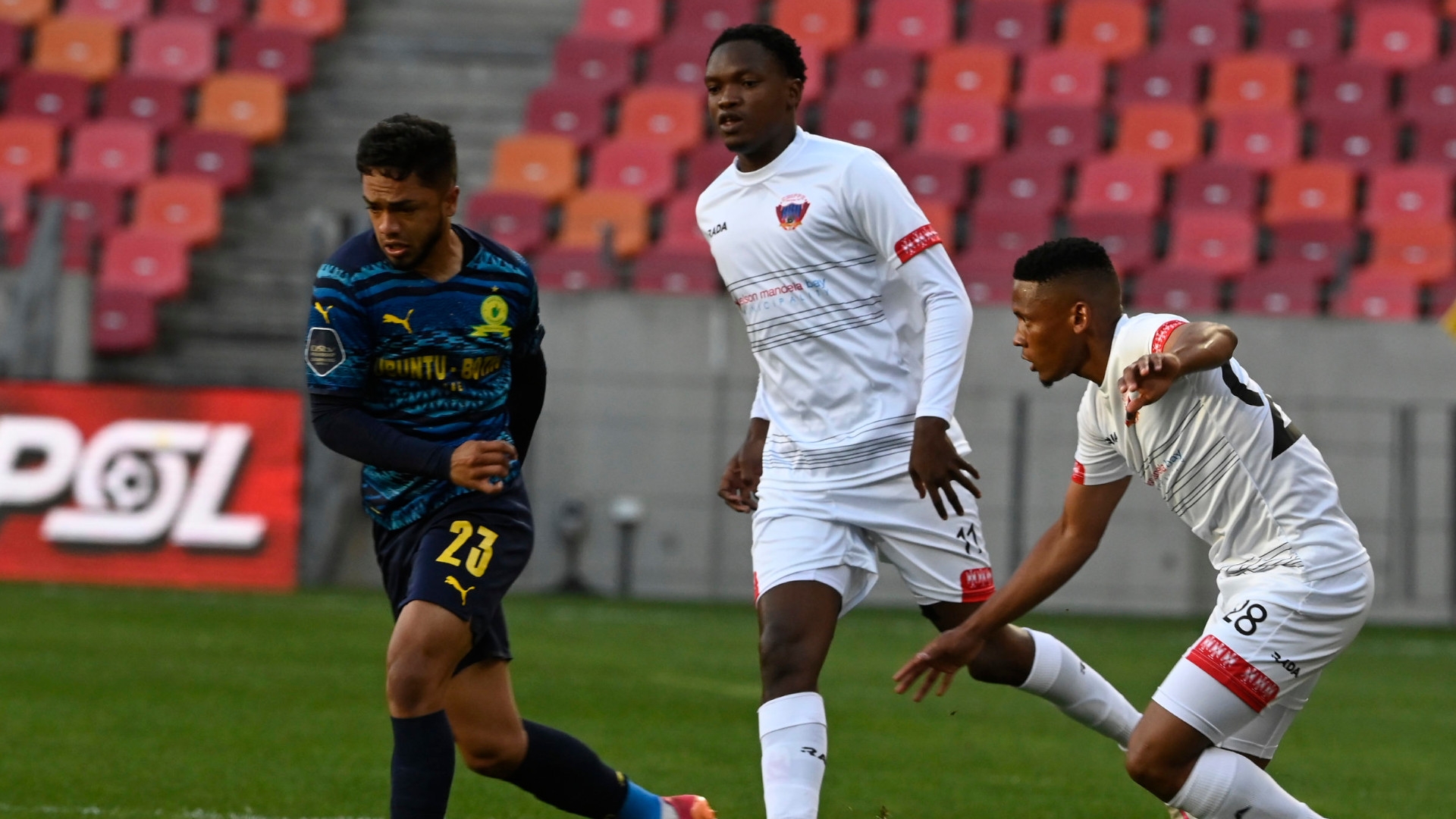 The Brazilians were without the injured Themba Zwane, and the Bafana Bafana attacker's absence was noticeable against the Chilli Boys in Gqeberha

Mamelodi Sundowns coach Manqoba Mngqithi believes it was the lack of potential game-breakers or risk-takers which forced his team to settle for a 0-0 draw against Chippa United at the Nelson Mandela Bay Stadium on Tuesday evening.

When Gaston Sirino came off the bench as a substitute, as he continues to make his way back from injury, the difference to the Sundowns side was tangible.

The Uruguayan had been willing to take players on, to back himself to beat his man and to take the game by the scruff of the neck.

Before that, Sundowns had been going through the motions somewhat - enjoying plenty of the ball, yet unable to penetrate a stubborn home defence.

It often takes the beating of one player to create a numerical advantage and it was that aspect of play which Mngqithi felt was missing in the Eastern Cape on a chilly evening.

"I don't think we fought hard enough for the three points and we did not dribble enough, or force some individual brilliance, an element of surprise into the game," Mngqithi complained to journalists in the aftermath of the contest.

Mngqithi also acknowledged that his main striker Peter Shalulile had been ineffective against a deep-lying home defence.

"When they killed the space we needed a little bit more from the midfielders, to enforce entering the space – the grey zone that is the space between the midfield and defence.”

Another issue was a lack of width, with Chippa finding it all too easy to stymie the reigning champions.

“We could have had more adventure from our wide channels, our full-backs could have done better," the Brazilians mentor complained.