Matthaus and Maradona played against each other in two World Cup finals...

On 29 June 1986, exactly 36 years back, Diego Maradona was at the pinnacle of the world. He had just led Argentina to their second World Cup title in what was a tournament that came to be defined by the Argentine's wizardry.

36 years on, Argentina are yet to win another World Cup. While Lionel Messi and co. will hope to break that drought in Qatar, Maradona will not be there to witness it.

In fact, the 2022 World Cup is set to be the first World Cup without Diego Maradona since the superstar came to the fore. Maradona passed away on 25 November 2020, at the age of 60.

But his legend remains. And on the 36th anniversary of the finest moment in his career, Lothar Matthaus remembered the Argentine and revealed how they shared a special friendship despite being opponents on the field.

Matthaus and Maradona, two of the best footballers of their time, had played against each other in the 1986 and 1990 World Cup finals. While Maradona led Argentina to a 3-2 win over Germany in 1986, it was Matthaus' turn to have the last laugh in 1990 where the Germans won the final 1-0. 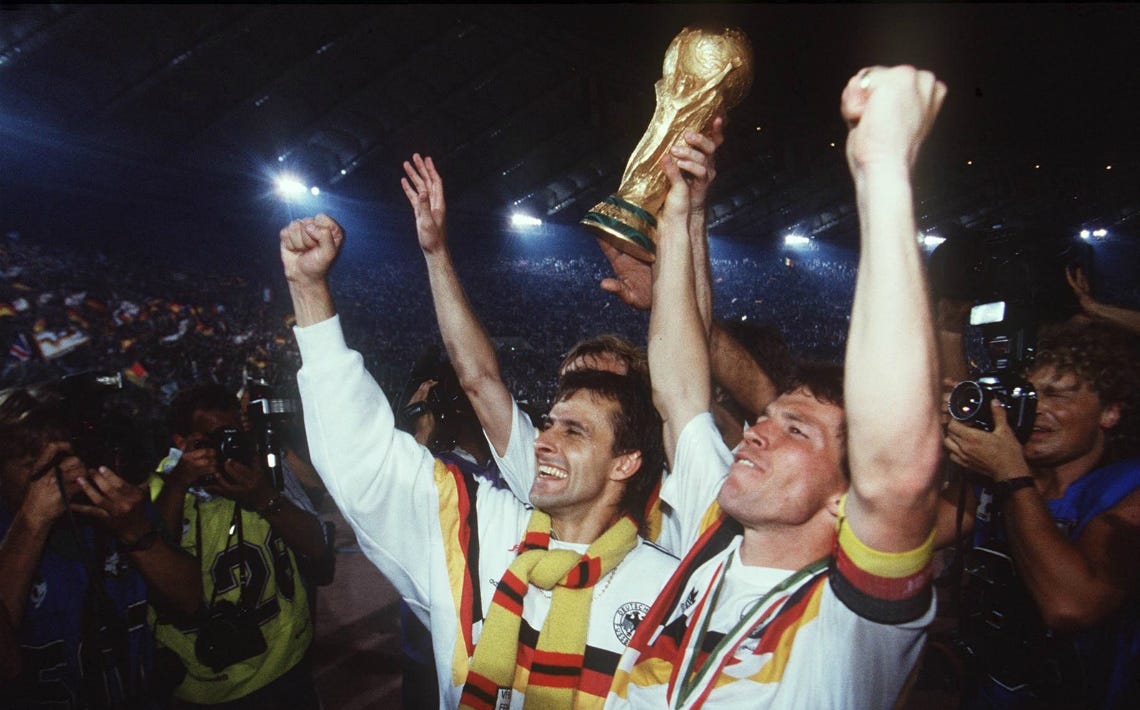 "We played two World Cup finals against each toher. We played many games in Italy in Serie A when my Inter Milan took on his Napoli. We had a special friendship," he said recently in Doha interacting with media in his capacity as Qatar 2022 ambassador.

Interestingly, Matthaus and Maradona also pitted their wits against each other in Italy where Matthaus played for Inter Milan while Maradona was Napoli's poster boy.

"There was a lot of respect between us. Many times after games where we fought like enemies, we celebrated till late in the morning together," Matthaus revealed with a laugh.

The German, an all-action midfielder who won the Ballon d'Or in 1990, revealed that their friendship was so deep-rooted that Maradona was part of Matthaus' farewell game in Munich. And Matthaus had travelled to Buenos Aires for Maradona's farewell game.

"He wrote history in football and was the best footballer of his time. We played so many times against each other. He was in Munich for my farewell game and I was in Beunos Aires for his."