Goal takes a look at the biggest transfer news and rumours from the Premier League, La Liga, Serie A and beyond

Low's "methodology, personality and attitude" convinced the Blancos chief, who is planning for 2018-19 after a disastrous season at the Santiago Bernabeu. 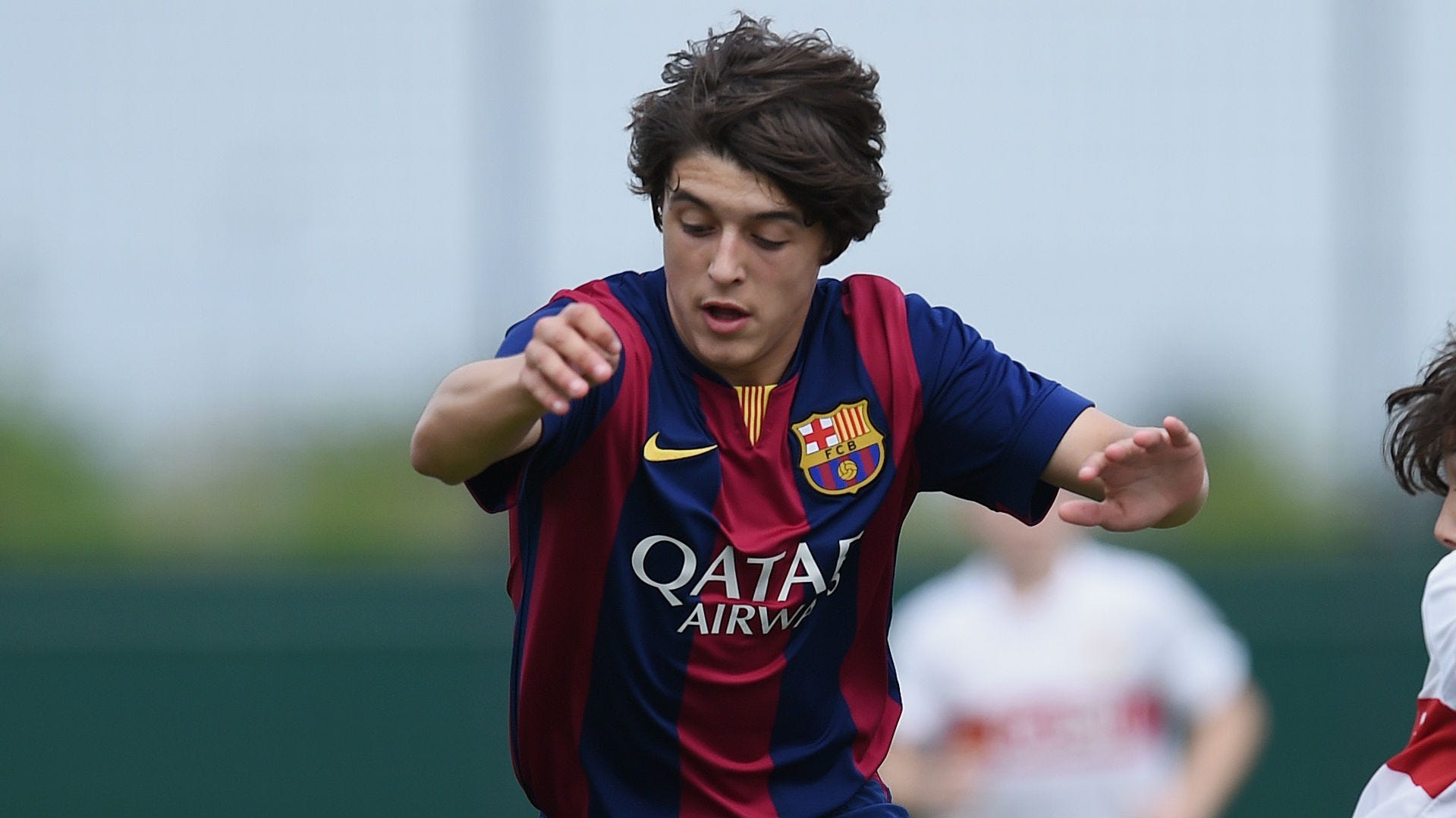 Several of the Premier League's biggest sides will attempt to sign Barcelona wonderkid Pablo Moreno in the summer, according to Mundo Deportivo.

The 15-year-old striker has dominated his age group this season and is seen as a future star, and Manchester United, Manchester City, Chelsea and Arsenal will all attempt to woo him following the season. 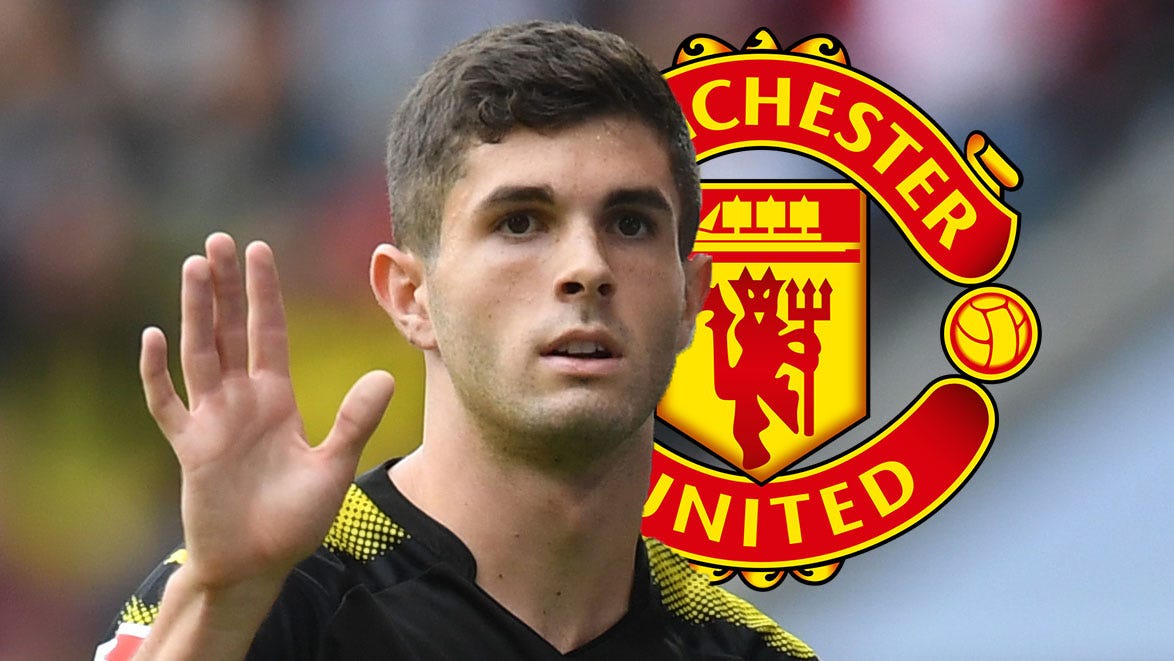 Christian Pulisic has admitted to being a Manchester United fan and declined to rule out a move from Borussia Dortmund to the Premier League.

The 19-year-old midfielder has emerged as one of the top young talents in world football, with admiring glances being shot in his direction from across Europe.

Find out what the U.S. international said when asked if he was a Man Utd fan right here on Goal! 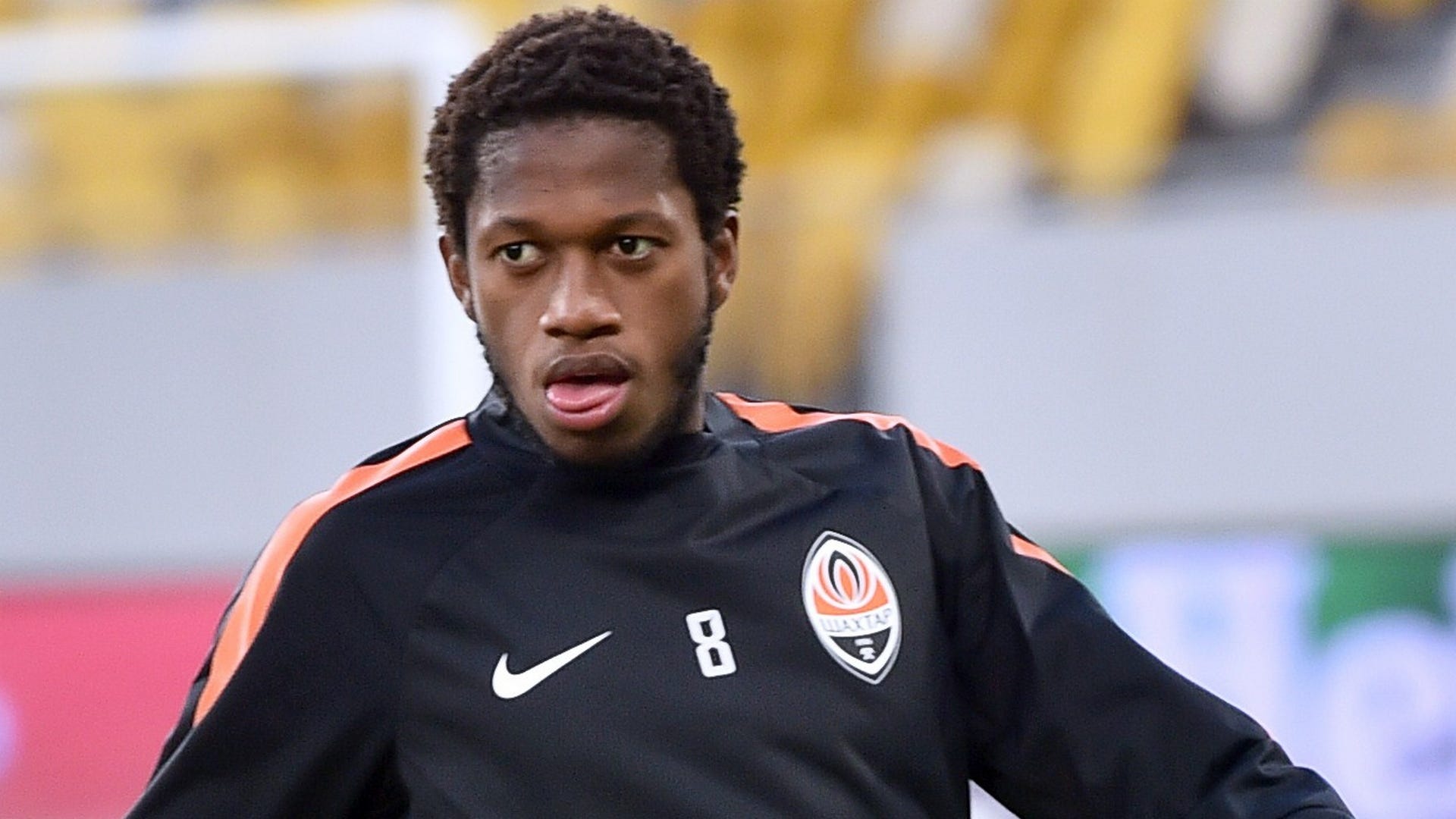 The Brazilian holding midfielder has drawn plenty of interest from some of Europe's biggest clubs, including City's cross-town rivals United.

But Lucescu believes Fred will follow in the footsteps of fellow Brazilian Fernandinho, who moved from Shakhtar to City in 2013.

Read the full article on Goal!

Ronaldo not sure if Icardi wants Madrid move 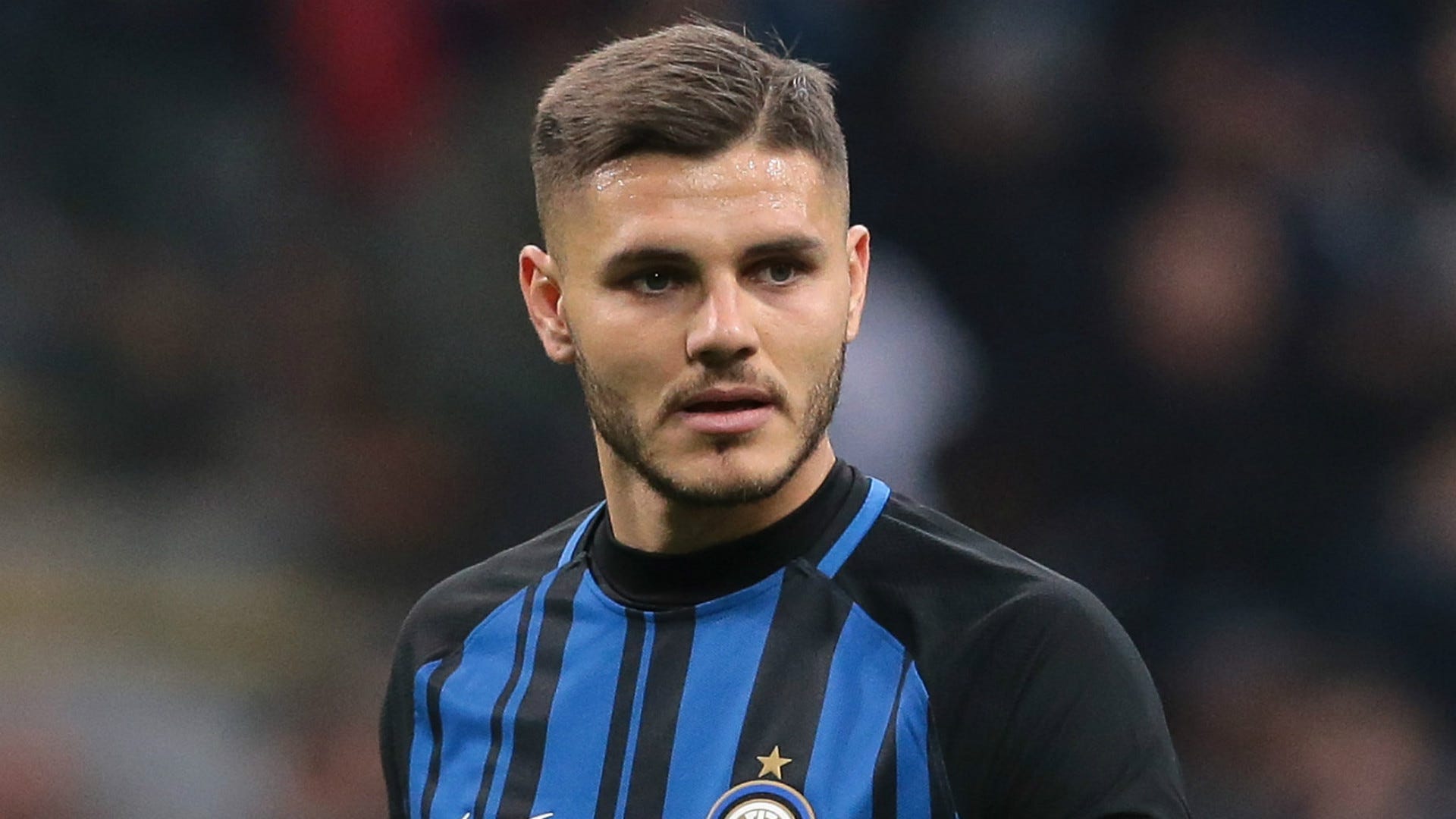 Brazil legend Ronaldo is unsure if Inter striker Mauro Icardi desires a move to Real Madrid in the summer.

Madrid have been heavily linked with the Argentine striker but Ronaldo, who made a move from Inter to Real Madrid in 2002, says he is convinced the 24-year-old is happy in Milan.

Read the full article on Goal! 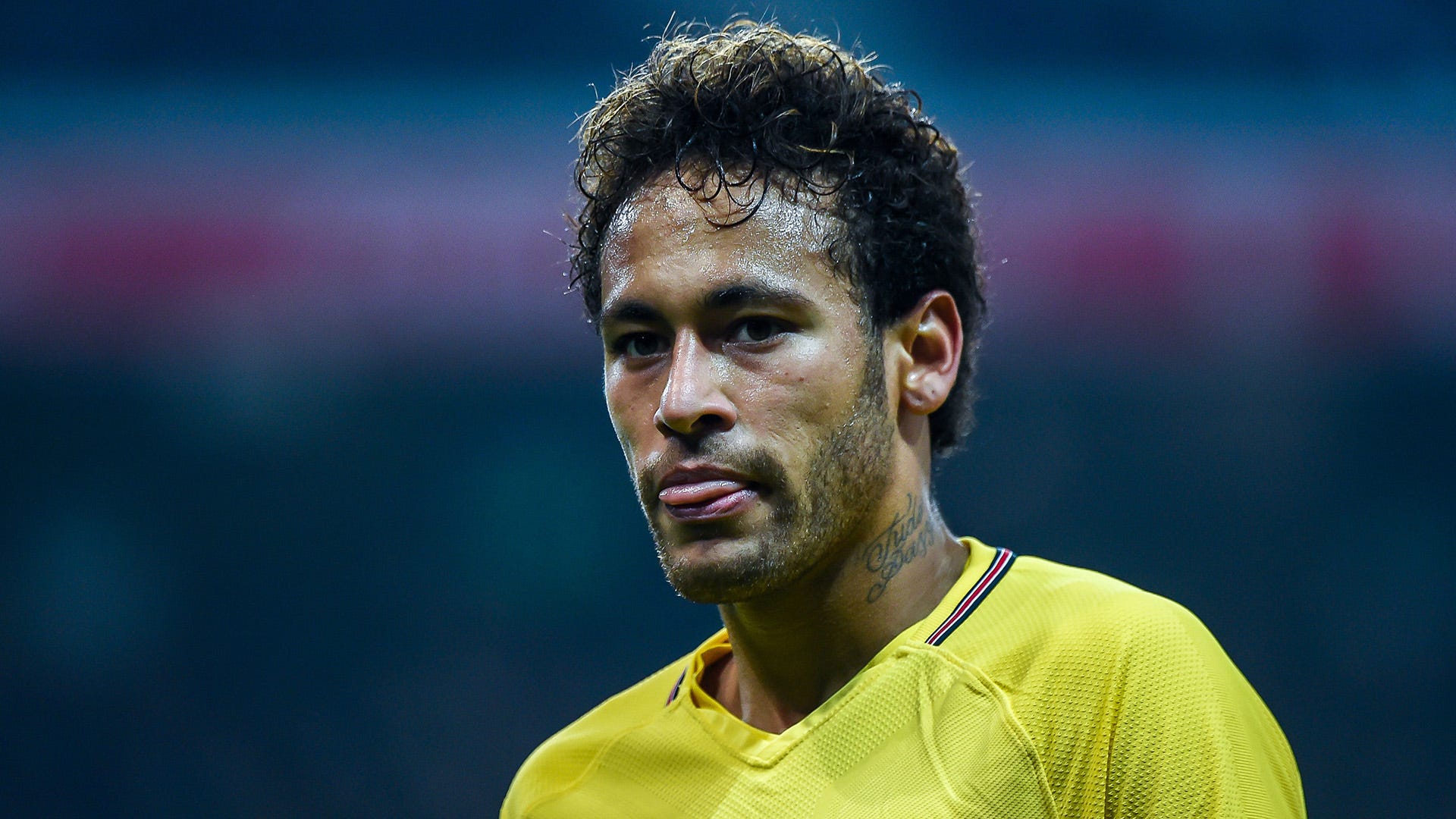 The Brazilian just moved to the French capital last summer, but has been linked with a shock return to Spain.

But Stoichkov believes the 26-year-old will stay in Paris for the foreseeable future, despite reports that Neymar is unsettled at the Ligue 1 leaders. 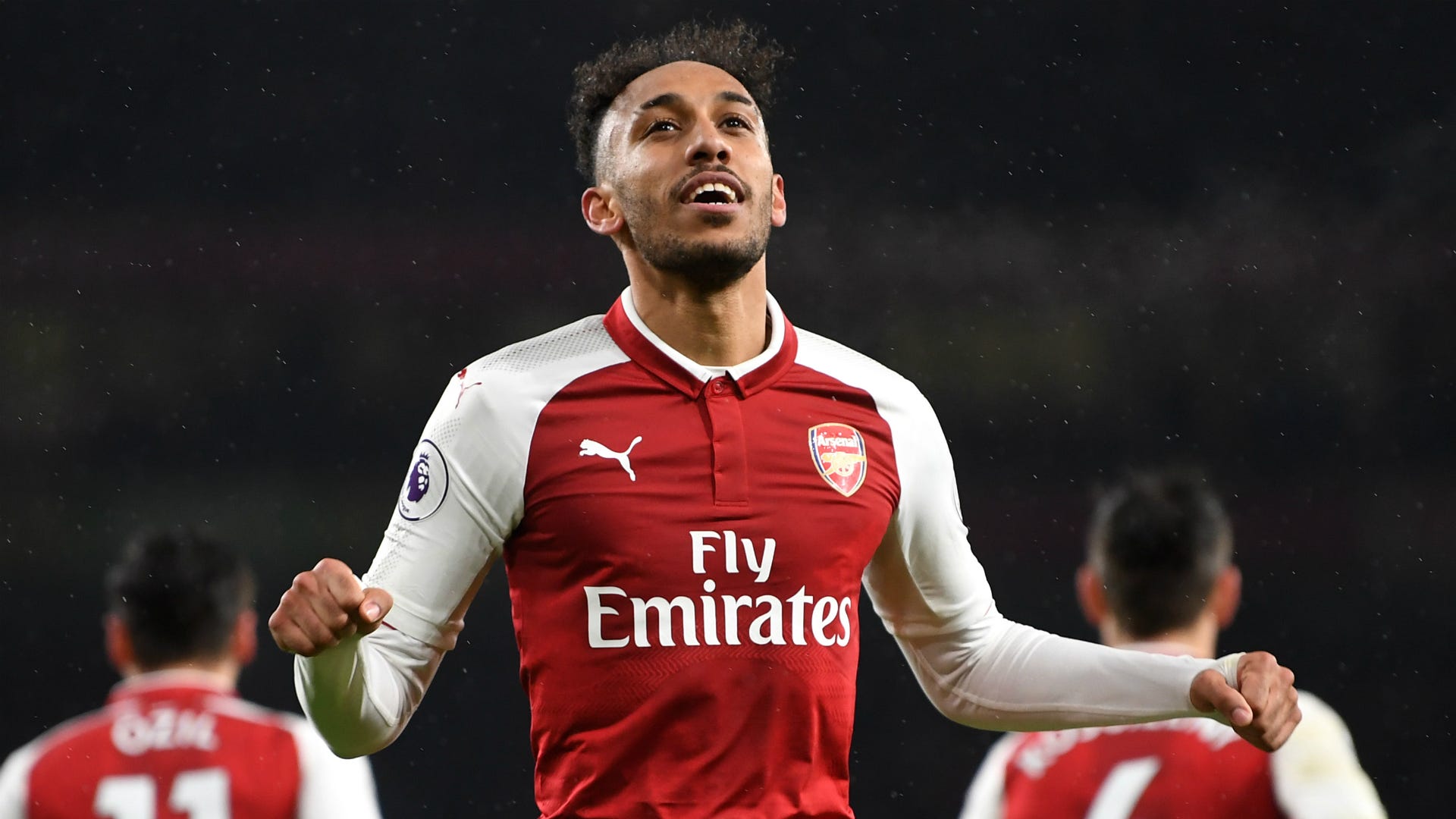 Pierre-Emerick Aubameyang's lack of fitness was likely the reason for a substandard performance in his final appearance for Borussia Dortmund, says Arsenal manager Arsene Wenger.

Aubameyang had a single shot - a header sent over the crossbar - and only one touch in the opposition box in a 2-2 draw against Freiburg before joining Arsenal for a club-record £56 million. 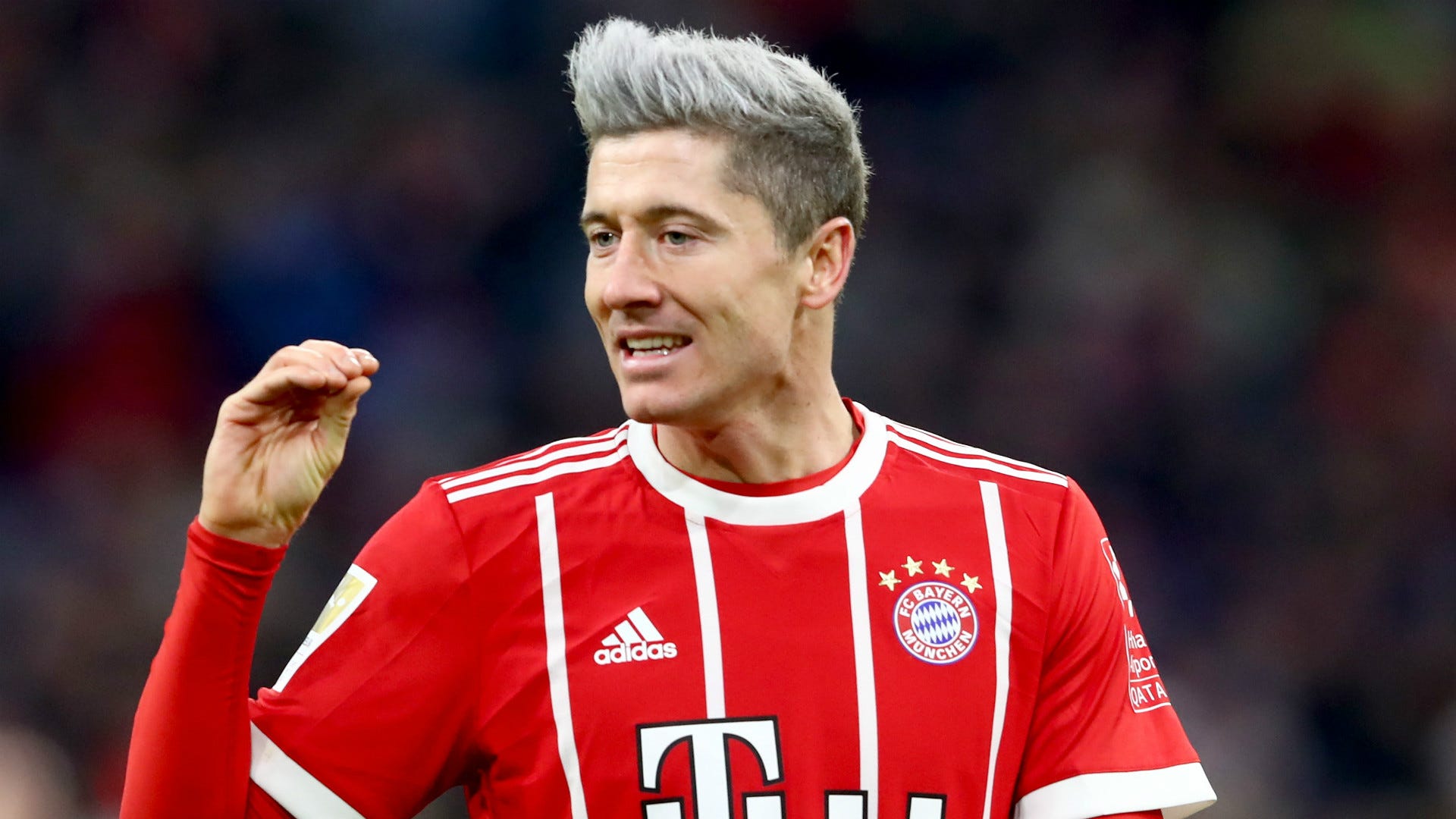 Robert Lewandowski is growing tired of links to Real Madrid, with the Bayern Munich striker reiterating that “rumours do not interest me”.

The winter transfer window may have closed for top European sides, but attention is already starting to drift towards the summer.

Unsurprisingly, Lewandowski once again finds himself at the centre of unwelcome rumours, with the Poland international a regular presence in gossip columns.

Read the story in full on Goal!

The Russian club that rejected Neymar... for €10m!

Neymar’s career, which has made him a €222 million asset at Paris Saint-Germain, could have been markedly different had Lokomotiv Moscow not decided against a move in 2008.

After seeing the Brazilian forward star for Santos during the Mediterranean Cup youth tournament, the Russian giants mulled over a €10m approach.

Find out why they rejected Neymar in the end right here on Goal! 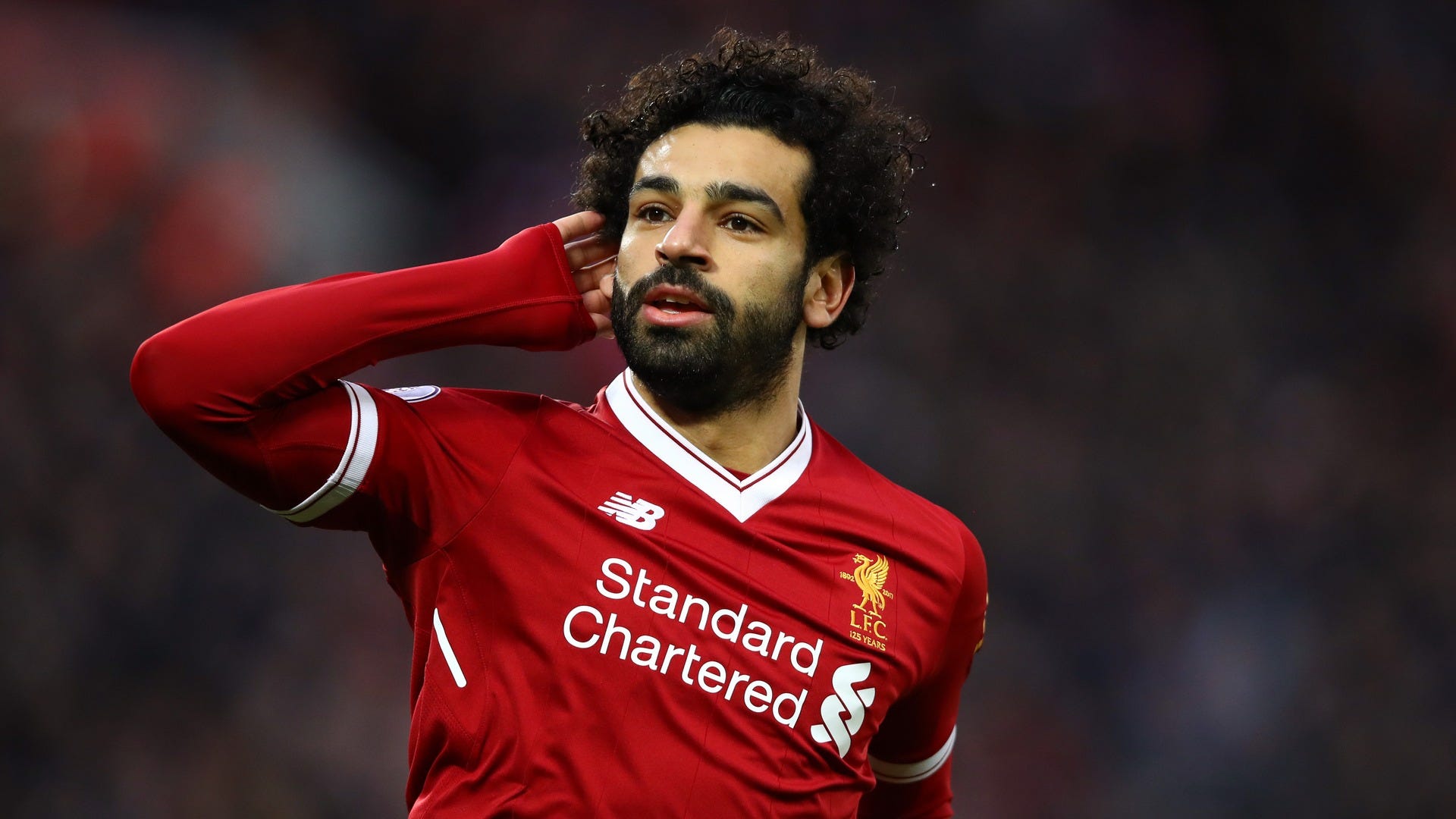 Mohamed Salah has swerved La Liga future questions amid links to Real Madrid, with his focus locked on Liverpool and a Golden Boot hunt.

The Egyptian forward is now considered to fit the ‘Galactico’ mould which is so appealing to those at Santiago Bernabeu.

Read the full quotes on what Salah makes of the transfer talk right here on Goal! 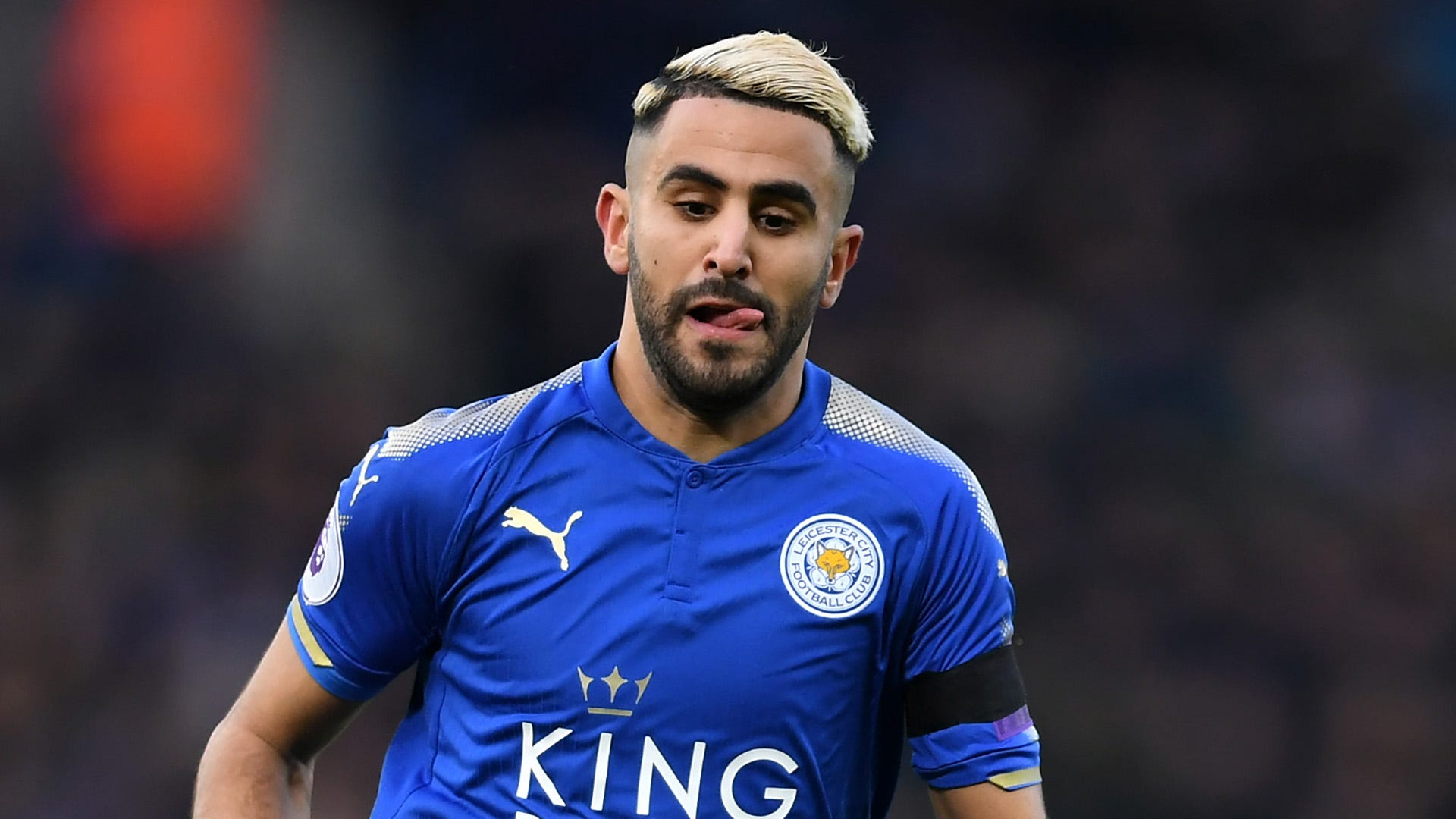 Riyad Mahrez’s self-imposed exile after failing to secure a move to Manchester City leaves him running the risk of not getting paid, PFA chief executive Gordon Taylor has warned.

The Leicester City winger has cut a frustrated figure after seeing another transfer window close on him still at the King Power Stadium. 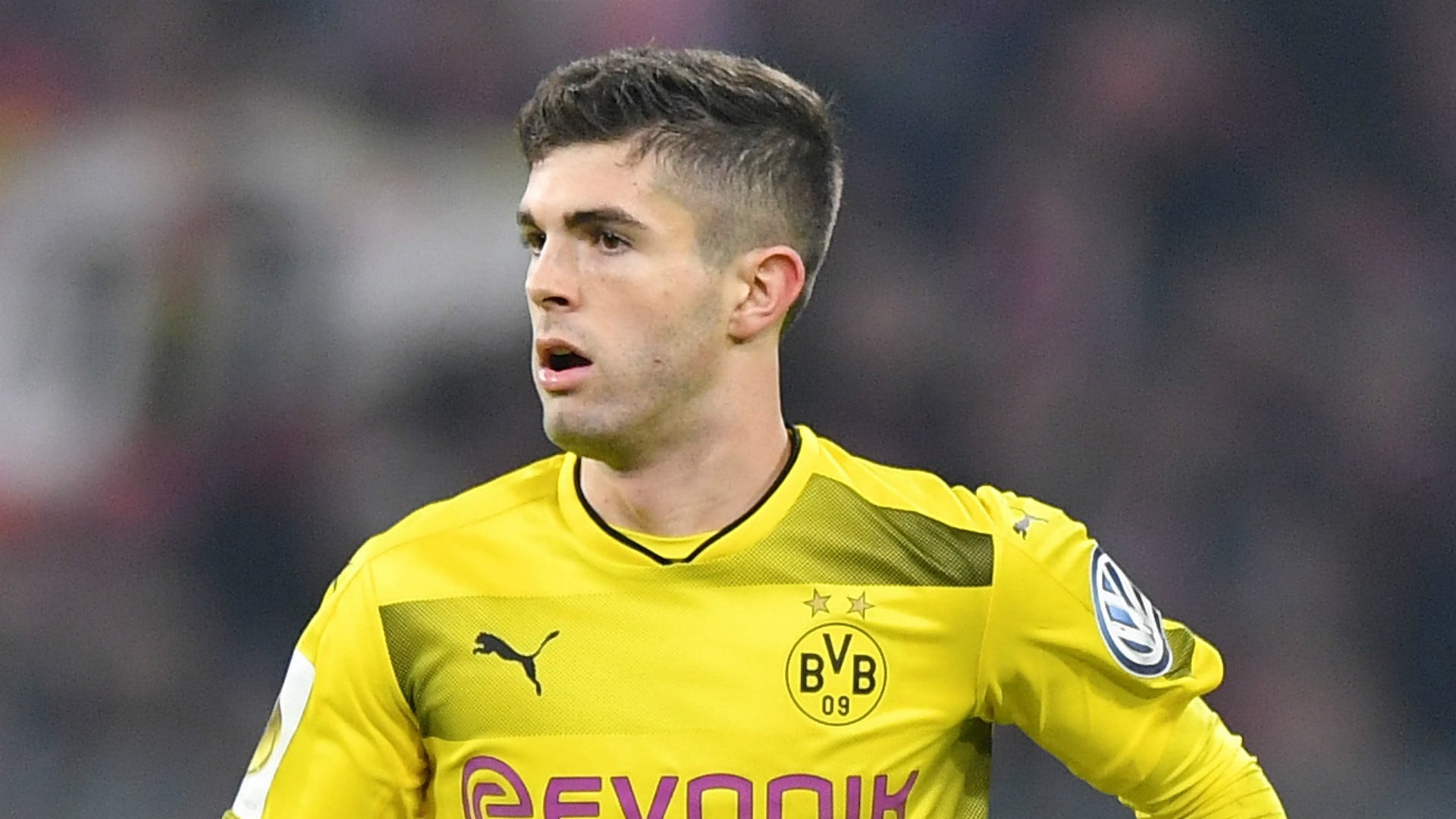 Bailey has been in outstanding form for Bayer Leverkusen this season, scoring 10 goals in 21 games in 2017-18 and attracted Premier League attention from Chelsea in the winter window.

U.S. international Pulisic is reported to be a 2019 target for the reigning German champions, who are planning for life after Franck Ribery and Arjen Robben. 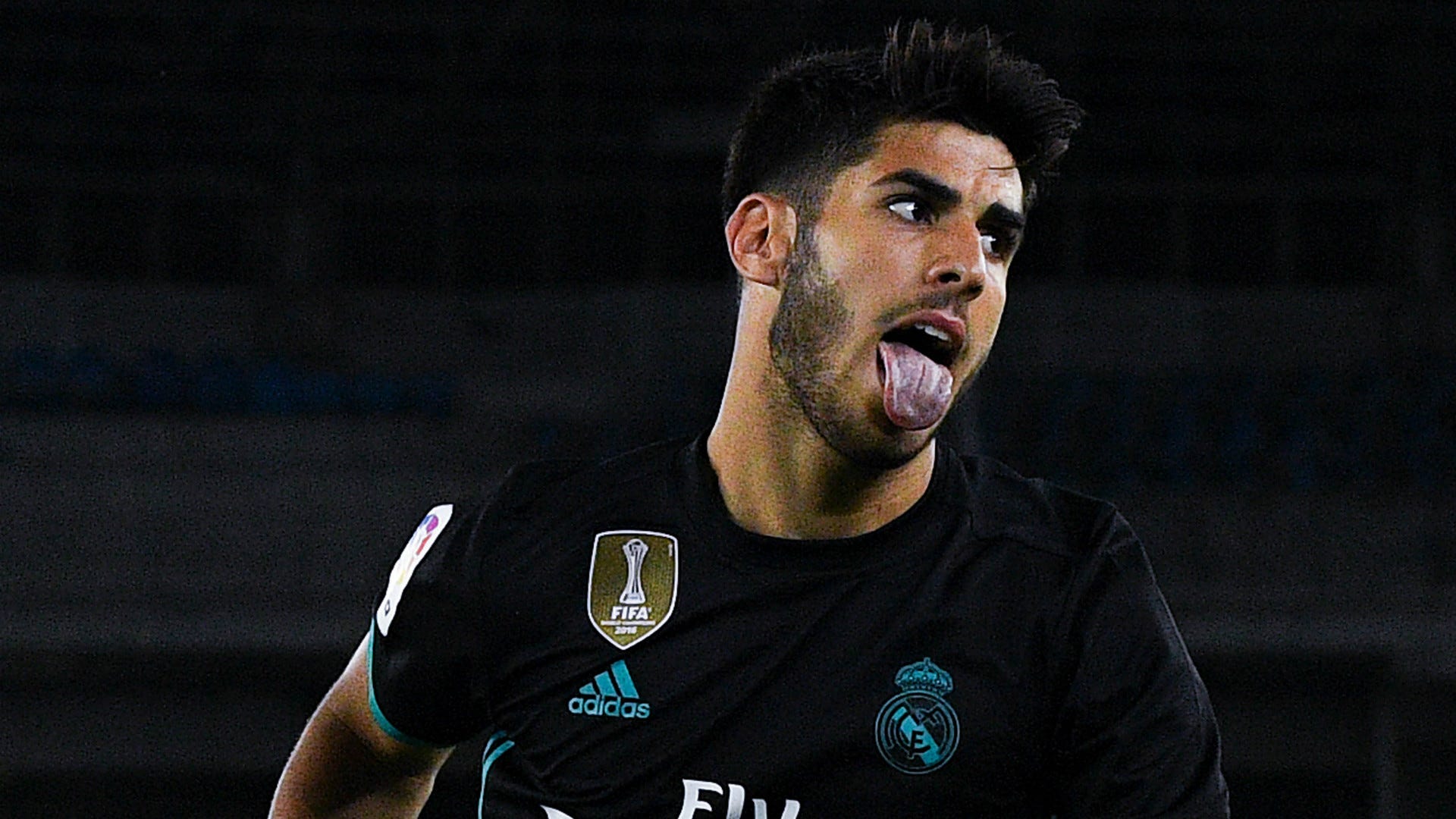 Chelsea are looking to bring in Real Madrid's Marco Asensio as part of any deal for Eden Hazard, reports Don Balon .

Los Blancos are keen on the Belgian, and while the Blues want Asensio to help soften the blow should their star man move to Spain, the Premier League club are also plotting a move for the Spanish youngster even if Hazard stays.

Antonio Conte's side would be willing to pay £119 million for his services should the club move for the 22-year-old in a stand-alone deal. 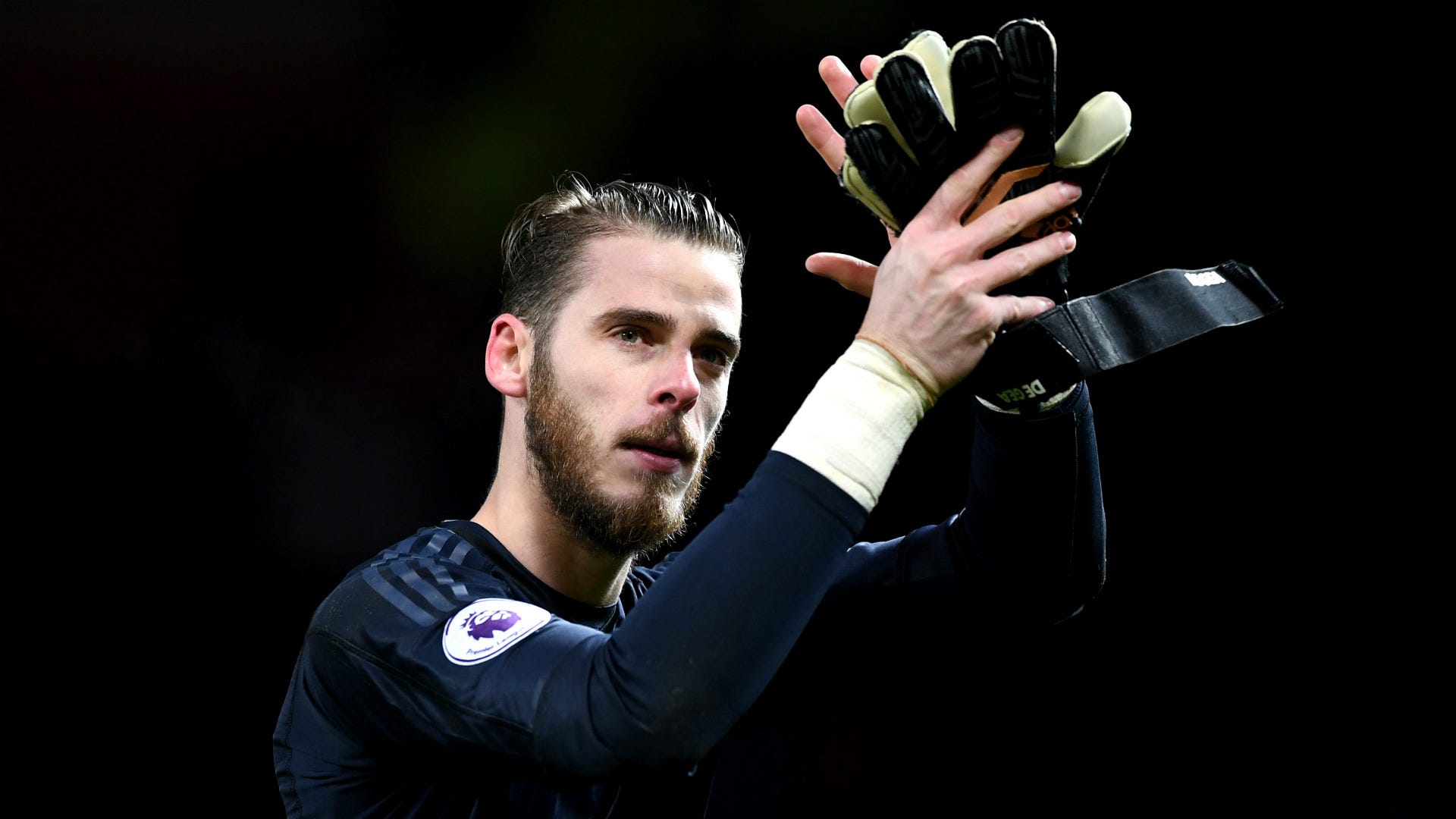 Craig Bellamy said he would be shocked if Manchester United goalkeeper David de Gea did not join Real Madrid in the future.

"He is the real deal and I have always felt that Real Madrid have been looking for him to be their number one for a number of years," Bellamy told  Sky Sports  . "And it is just a matter of time before they get him." 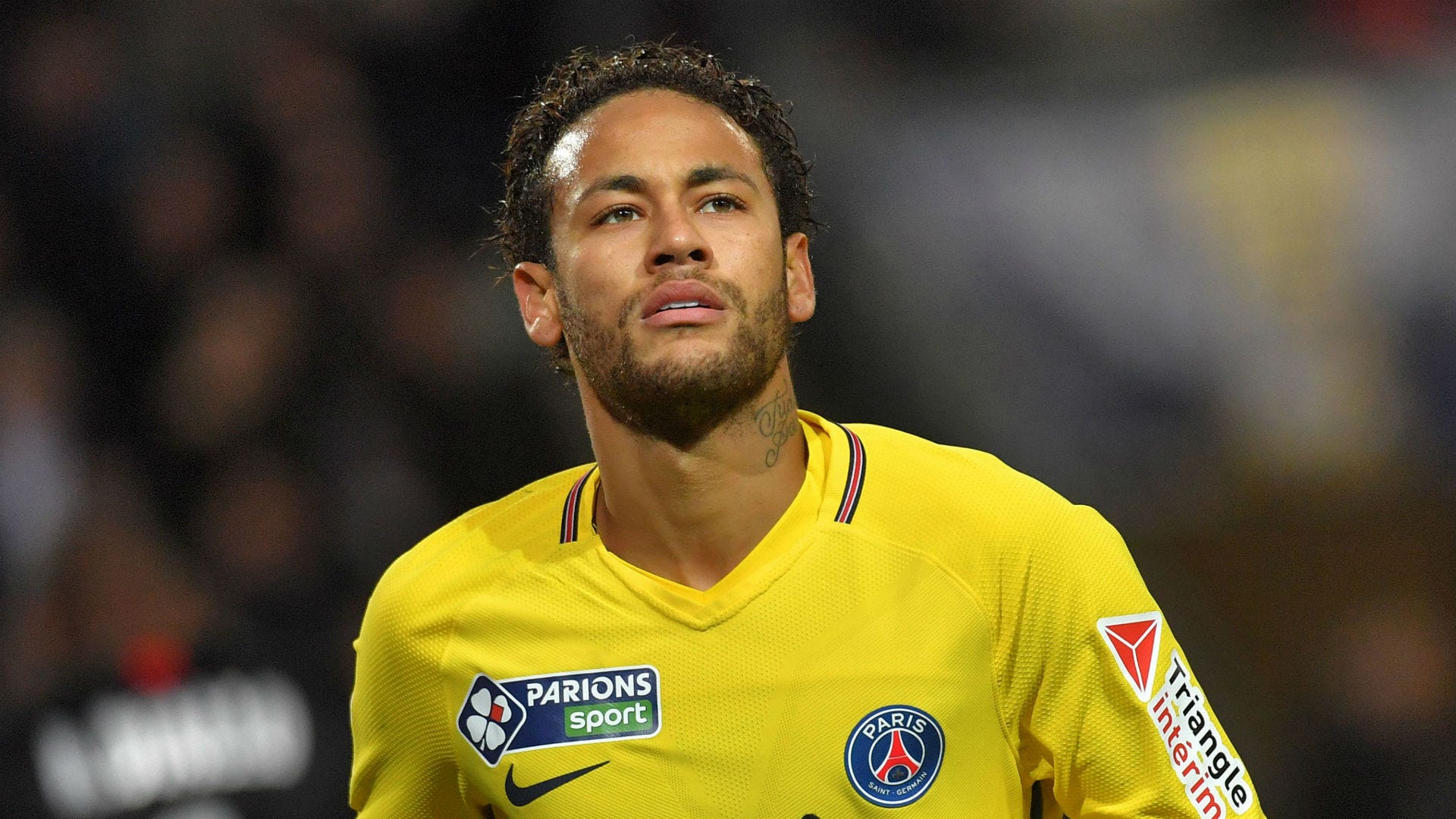 The former Madrid says he doesn't have any reason to believe that a deal for the PSG star is close, but had urged the Spanish giants to make a move for his countryman. 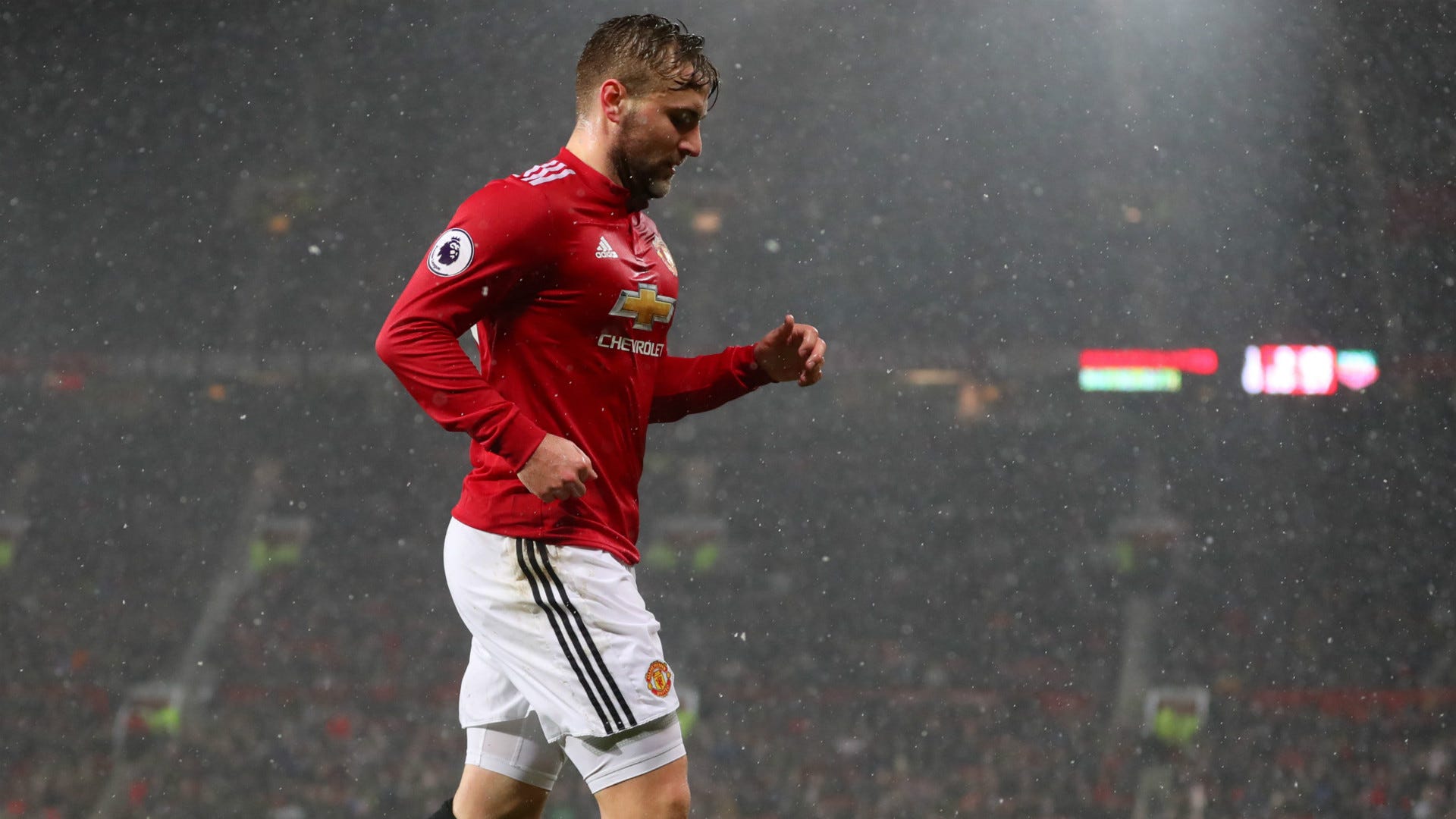 Manchester United's Luke Shaw is set for a new contract after finally getting out of Jose Mourinho's doghouse, according to the Mirror .

Mourinho has inserted the defender back into his lineup in 2018 after publicly criticizing the left-back several times and leaving him out of the starting lineup through the first half of the season.

But Shaw has responded with top performances and is now in line to get a new deal with the club before the end of the season. 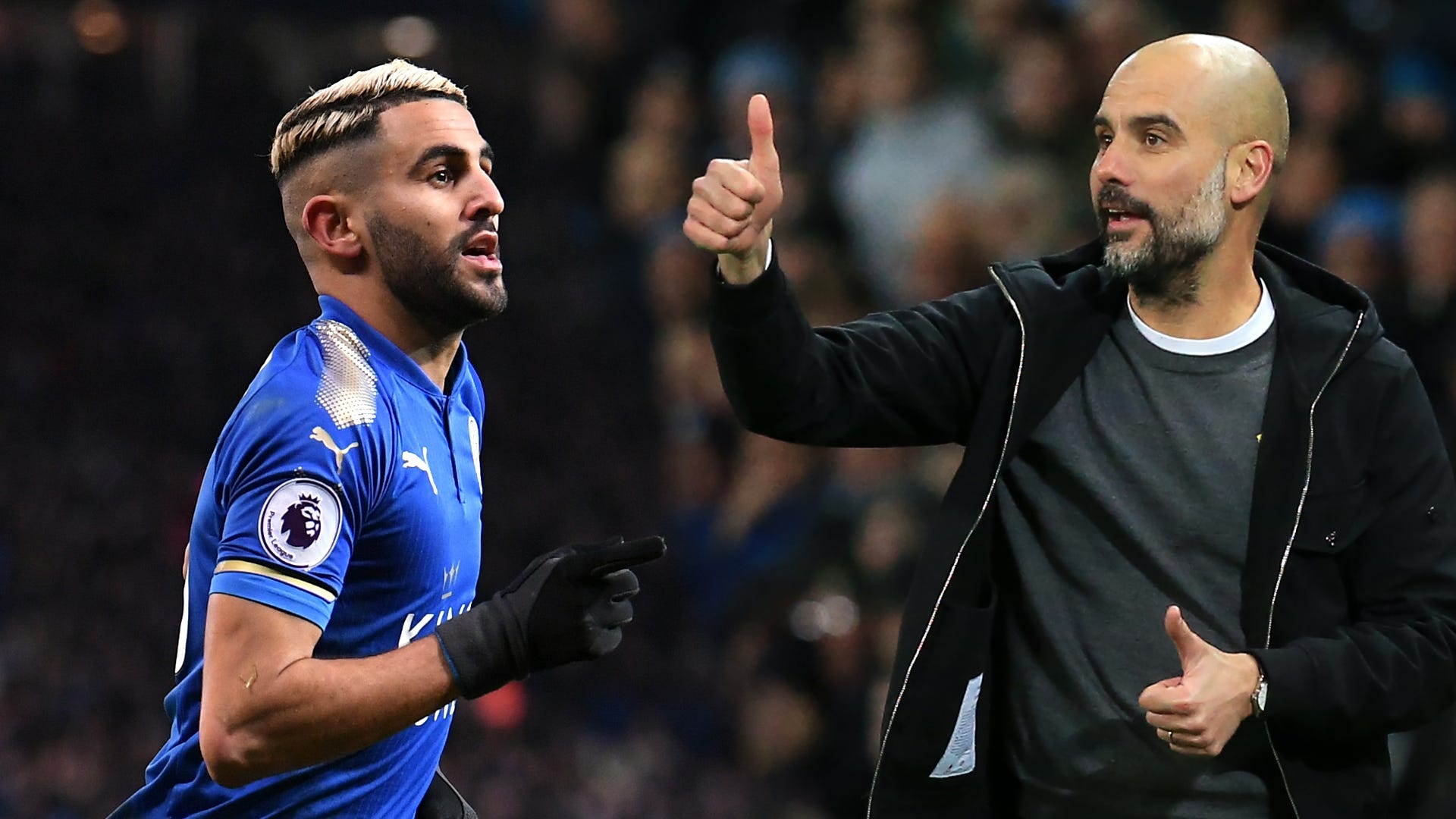 The Man City boss has been left shocked by the midfielder's actions with the Foxes since failing to get his move this winter and is no longer interested in signing him. 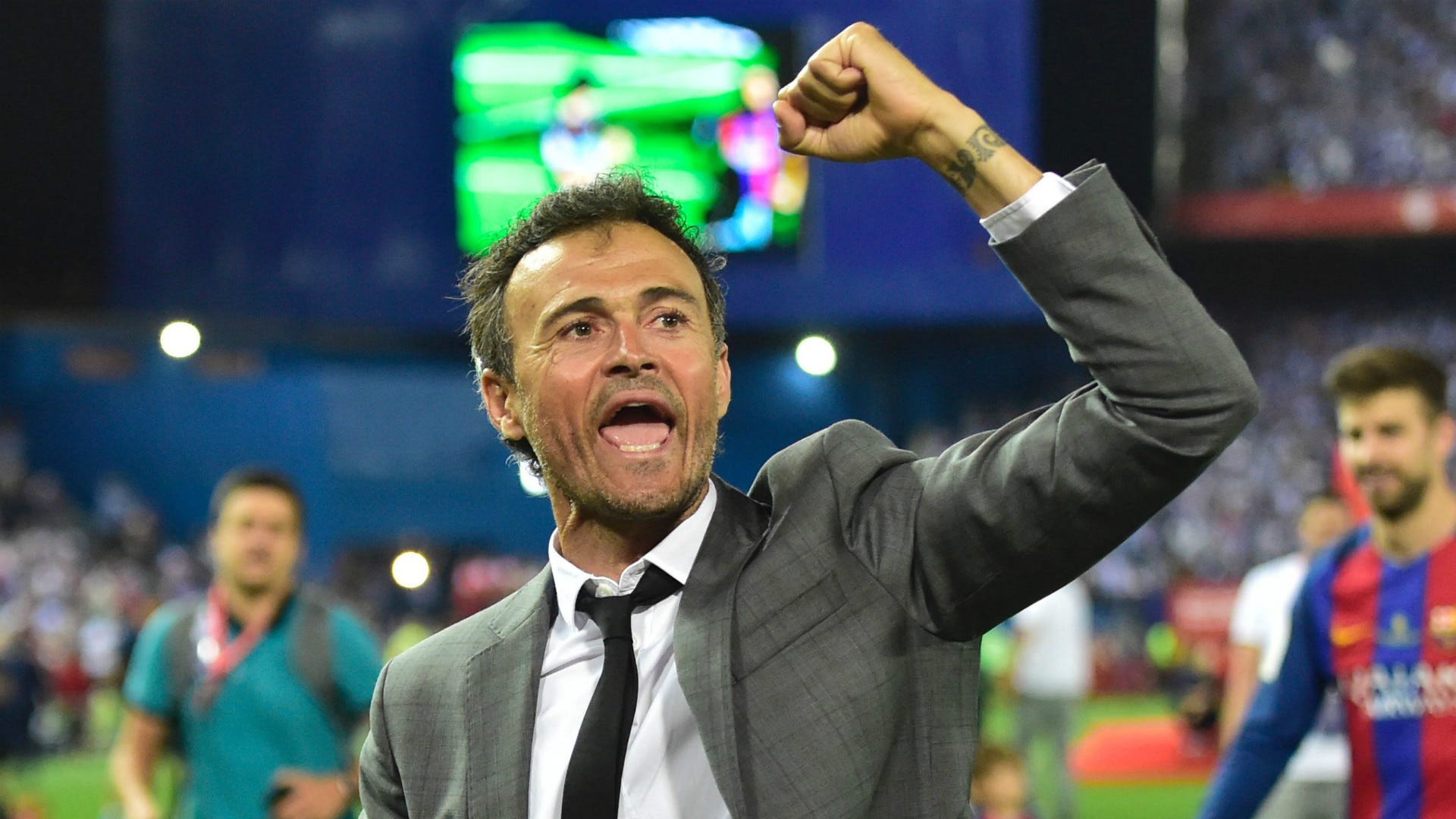 Former Barcelona boss Luis Enrique remains the top choice to take over for Antonio Conte at Chelsea, but will wait for the summer to make his move, according to the Daily Mail.

The 47-year-old is reluctant to bring an early end to his year-long layoff and wants time to put together his staff before starting fresh with the club next season.

Poch wants Lloris with him at Madrid 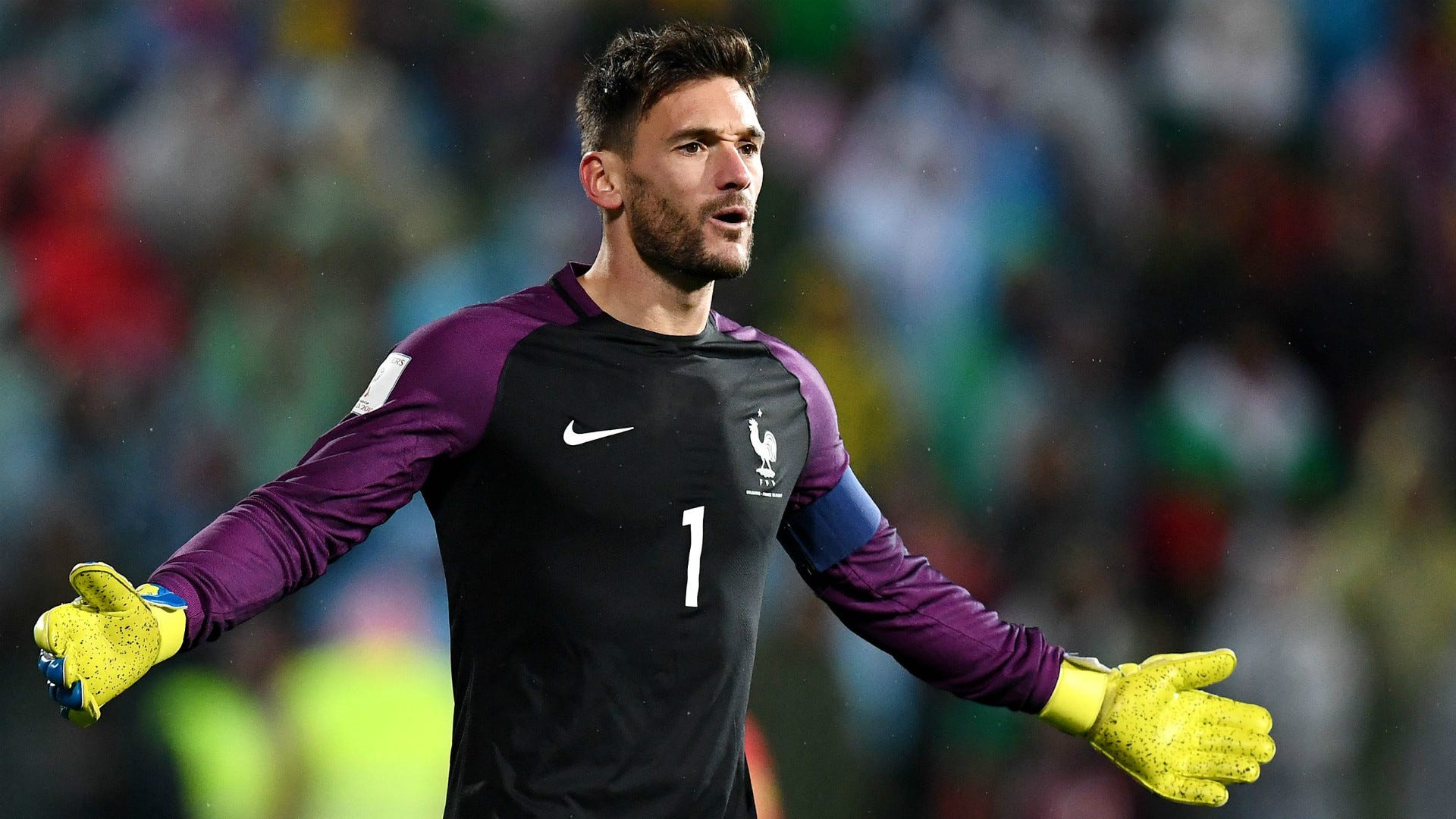 Tottenham boss Mauricio Pochettino is the favourite to take over Real Madrid this summer and wants to bring one of his current stars with him to Los Blancos, according to Diario Gol .

Shockingly, the report claims that it's not Harry Kane the manager would like to bring with him, but goalkeeper Hugo Lloris, who would fit what the club sees as their most pressing need. 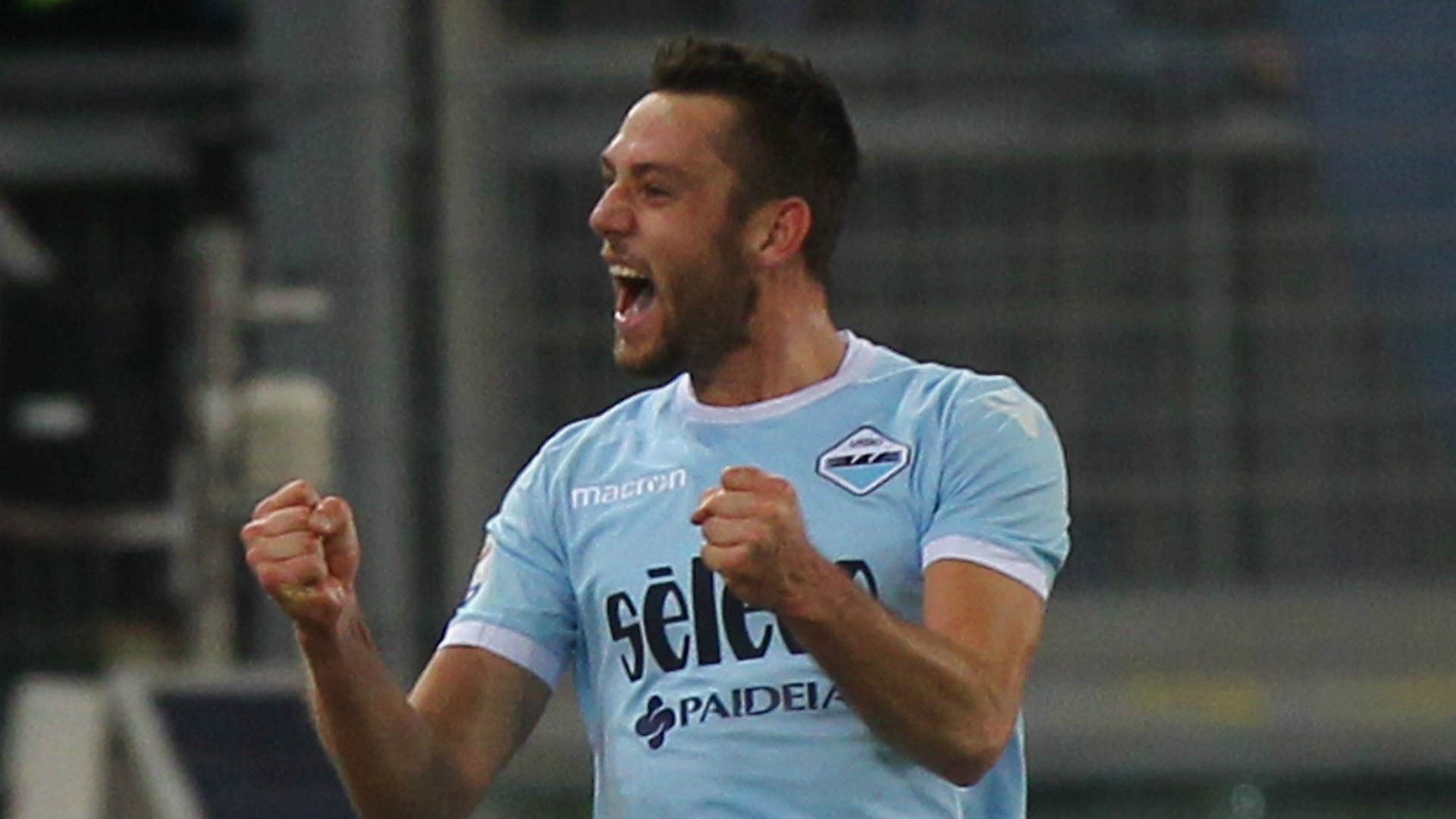 Jose Mourinho is ready to join in on the battle for Lazio defender Stefan de Vrij, according to the Express .

Manchester United join Chelsea and Liverpool in chasing the defender, who is thought to be available at a bargain price this summer.

Zidane to step down as Real boss 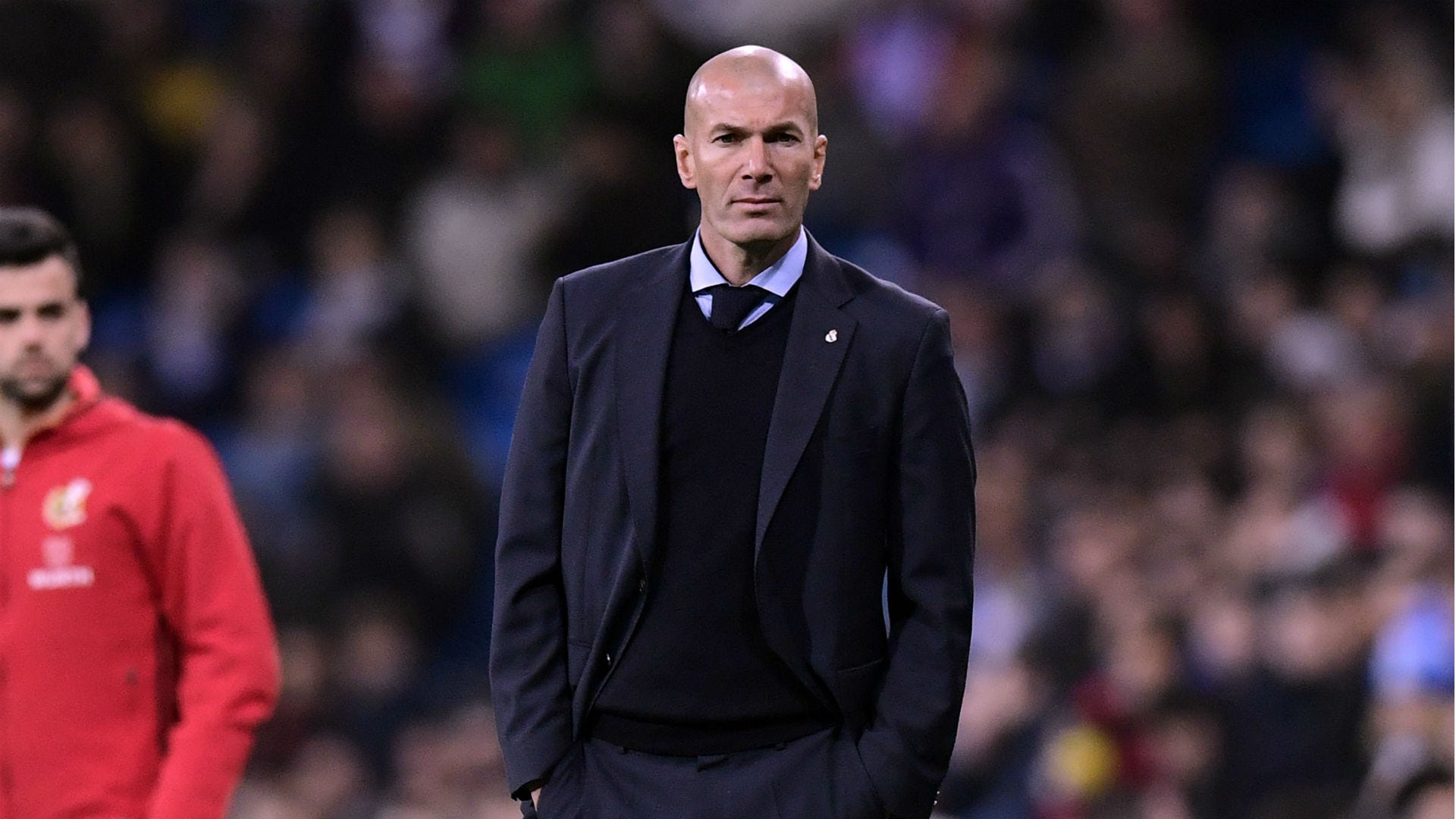 Rather than face the sack with Real Madrid, Zinedine Zidane will offer his resignation at the end of the season, reports Don Balon .

Zidane has a contract through 2020, but has made up his mind that he will step down at the end of what has been a difficult season for Los Blancos. 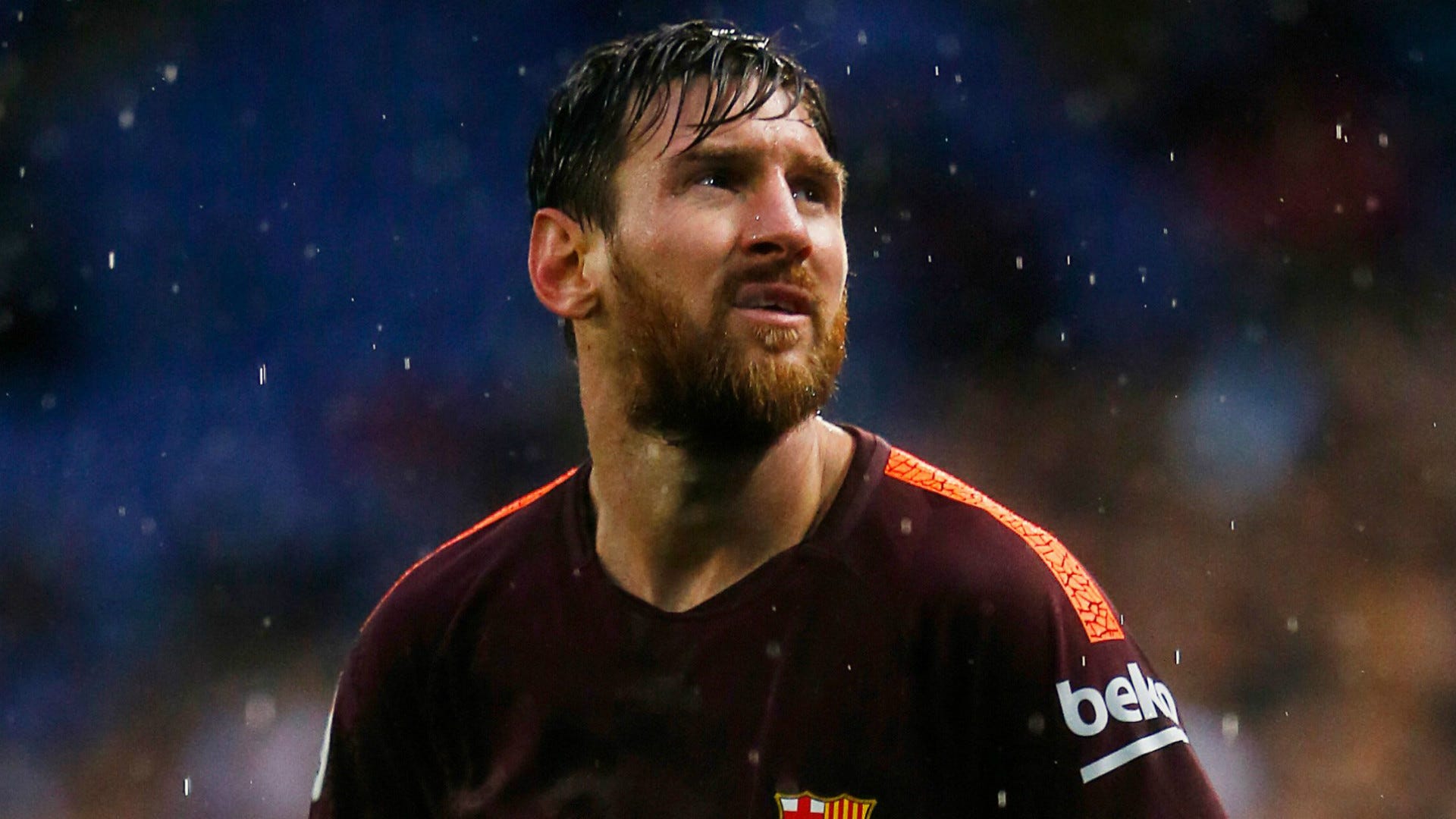 Hebei China Fortune remain hopeful they can secure a deal to sign Lionel Messi, according to  Mundo Deportivo .

The Chinese Super League outfit saw a bid for the five-time Ballon d'Or winner rejected last summer, with Messi instead signing a new deal at Barcelona.

Fortune have since signed Javier Mascherano, and with fellow Argentina Ezequiel Lavezzi also among their ranks, they believe the presence of his countrymen could tempt Messi to move to Asia. 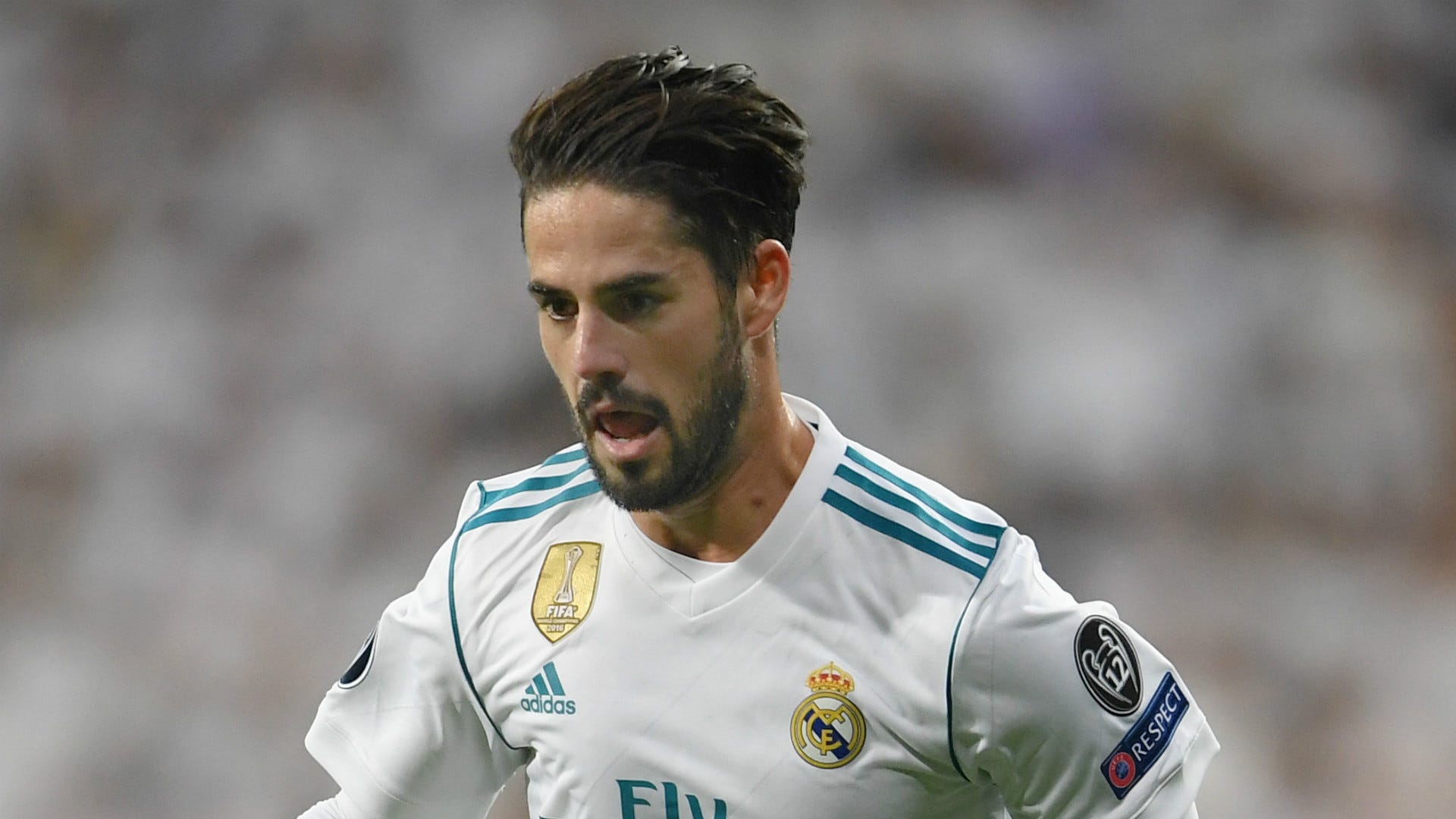 Real Madrid manager Zinedine Zidane has made it clear he wants Isco to be sold this summer, according to  AS .

The Spain international has slipped down the pecking order at Santiago Bernabeu since Gareth Bale's return to fitness.

Zidane is particularly disappointed that Isco has not been able to step up in the absence of James Rodriguez and is now ready to cash-in. 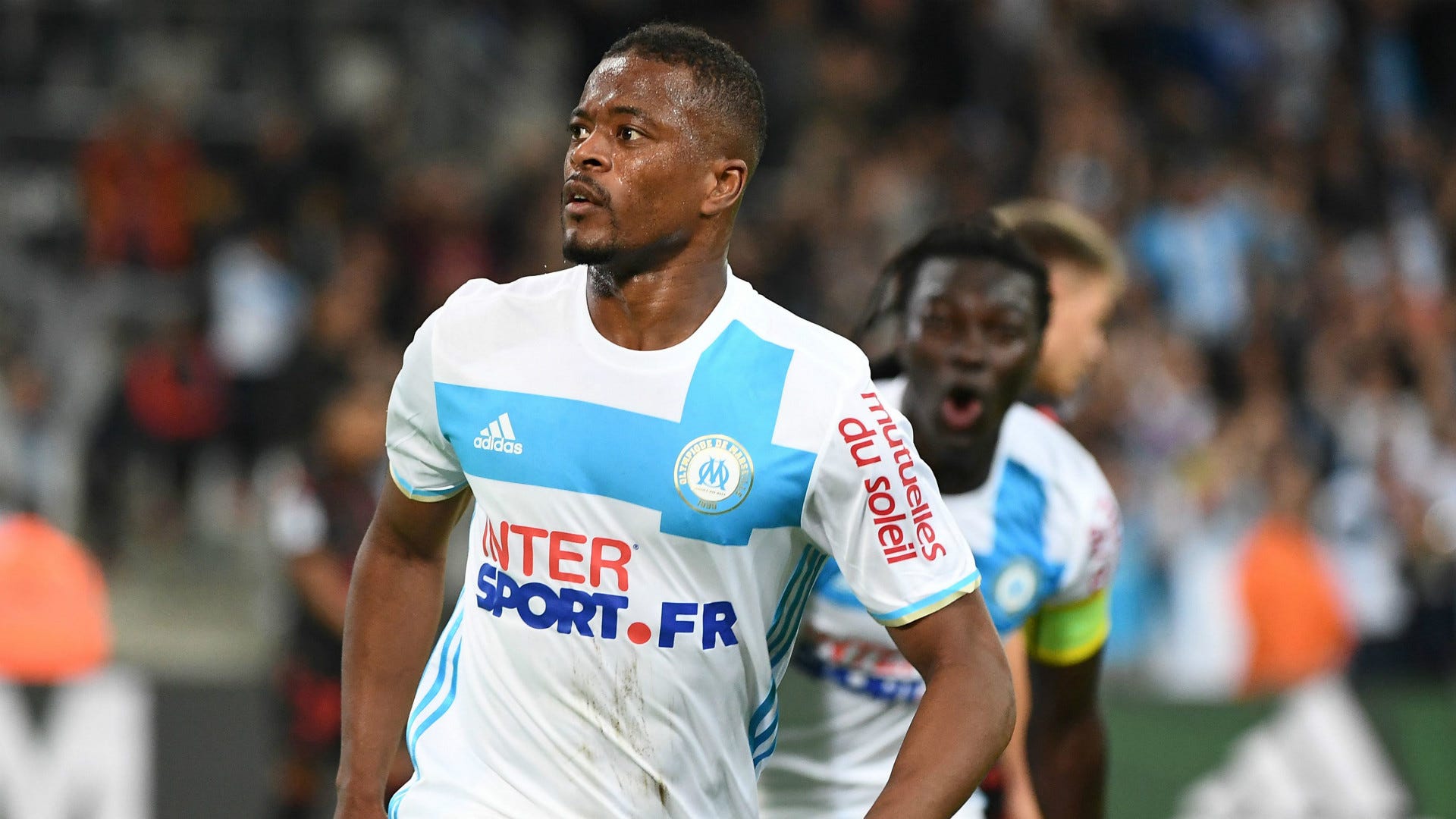 The 36-year-old was released by Marseille in November after attacking a supporter but is set to return to English football having signed a deal until the end of the season.