One has to look back all the way to 1995 for the last time Spurs finished ahead of their north London rivals, but the jinx was broken on Sunday

There was extra reason to celebrate for Tottenham on Sunday, as a 2-0 win over Arsenal ensured they will finish above their rivals in the Premier League this season.

Mauricio Pochettino's men prevailed with goals from Dele Alli and Harry Kane at White Hart Lane, just reward for a dominant performance over the lacklustre Gunners.

And with a 17-point lead over their neighbours, it is now impossible for Arsenal to recover lost ground before the end of the campaign.

It is not every day Spurs fans get to celebrate outdoing the Gunners: 2016-17 marks the first time since 1995 they have achieved the feat, and the only occasion since Arsene Wenger took over in 1996 that he has finished below them. 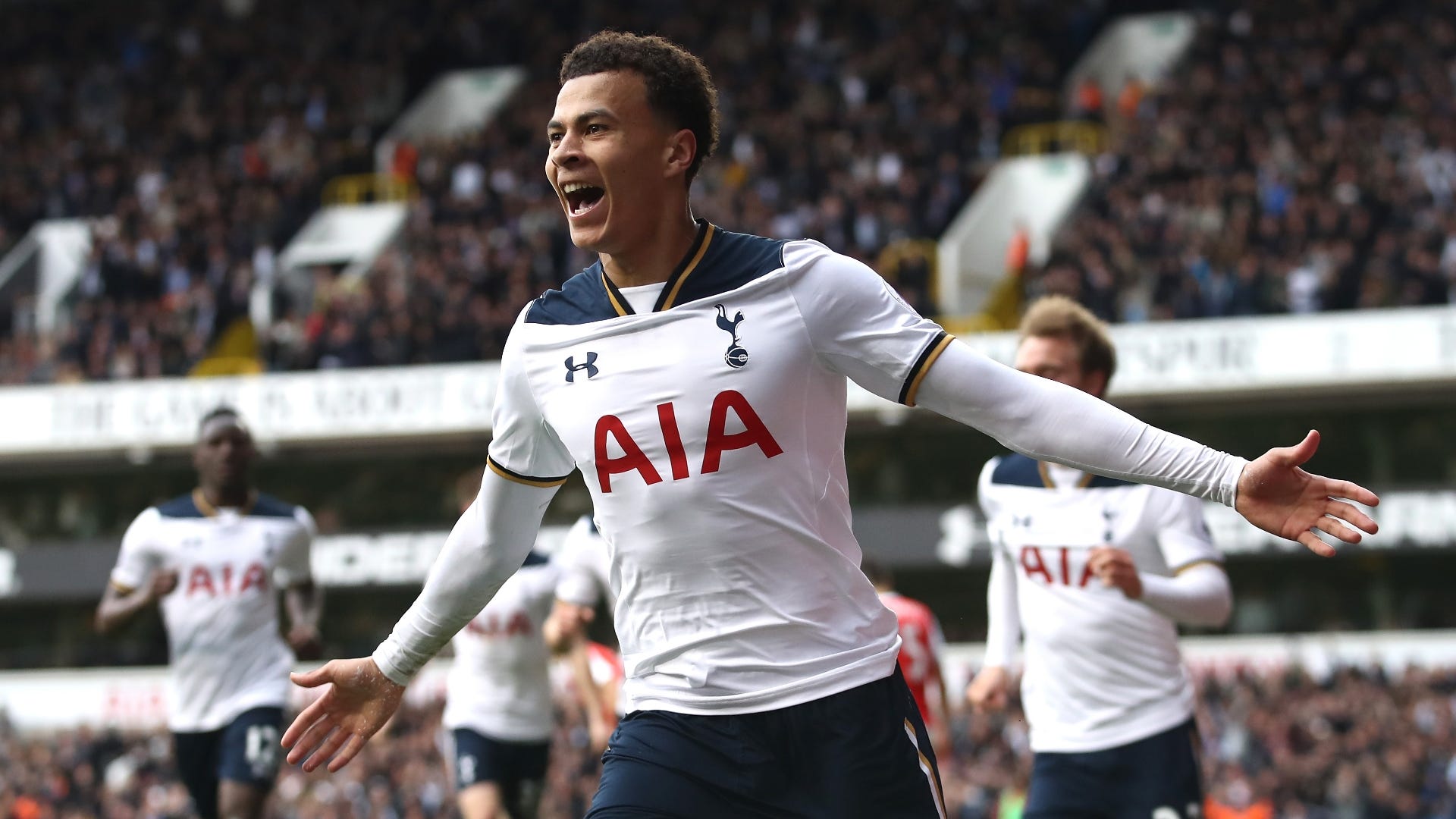 1994/95 - Arsenal will finish behind Tottenham in the Premier League for the first time in 22 years. Over. pic.twitter.com/NmNCNEztXu

Tottenham's north London woes have indeed become so acute that the Arsenal faithful have started up their own tradition, St. Totteringham's Day, marking the date every year they are mathematically guaranteed to end the season ahead.

But there will be no such celebration this campaign, as Wenger's woes were thrown into sharp relief by the dynamic hosts.

A lack of firepower on Sunday undoubtedly contributed to a day to forget for the visiting support.

Arsenal had failed to score at White Hart Lane in just one of their previous 23 visits, but they found no way through and must now dig deep to challenge for a Champions League spot.

What is certain, however, is that no matter how well they do up until the end of the campaign, north London bragging rights for once belong to their resurgent rivals.