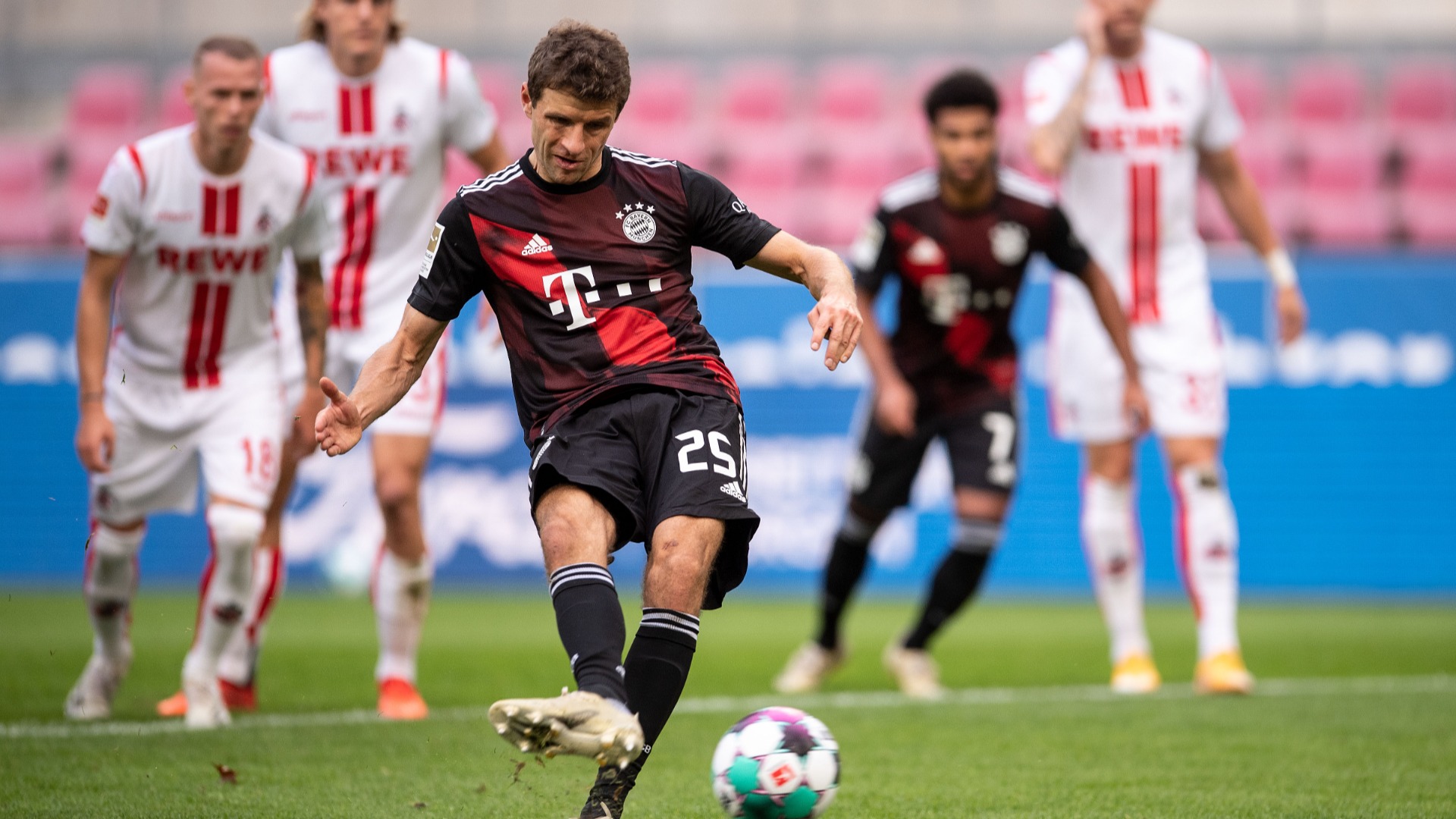 Bayern Munich forward Thomas Muller and head coach Hansi Flick were united in their frustration with the Bundesliga champions' performance in Saturday's slender 2-1 win at Cologne.

Muller gave Bayern the opening goal with a penalty before Serge Gnabry made it 2-0 on the stroke of half-time with a fine effort that ultimately proved to be the winner.

Cologne pulled one back late on as they enjoyed some pressure of their own, but Bayern – who rested talismanic striker Robert Lewandowski – did just enough to take the points.

Neither Muller nor Flick were impressed, however, with the former particularly vocal after the match.

"It was a laboured victory, especially because we unfortunately missed the chance to score the third goal at the beginning of the second half," Muller said. "Then anything could have happened until the final whistle. It wasn't a glitzy or glamorous performance. We'll take it as it is.

"We certainly too often lost the ball carelessly and acted a bit too casually during the game. Cologne lay deep a lot. They did that well.

"Nevertheless, we could have been a bit more clinical in a couple of situations and got at goal more. The passion was there to take the victory with us. I'm not criticising ourselves, but we've definitely been better."

Flick added: "It was a deserved win in the end, but we made life difficult for ourselves. The game cost us too much energy. I'm happy with the result, not so much with the game.

"I'm satisfied with the attitude, mentality and the will to win. We made life difficult for ourselves with our mistakes in the passing game.

"We could have made the win easier. We let Cologne get back into the game."

Despite the underwhelming performance, Bayern have now won 31 of their previous 32 games in all competitions, only failing to do so on the second matchday of the 2020-21 Bundesliga campaign at Hoffenheim when they lost 4-1. Similarly, the two goals in Cologne took Bayern to 24 in the Bundesliga this term, a record after six matches in the competition.

Next up for Bayern are Red Bull Salzburg in the Champions League, before they travel to Bundesliga title rivals Borussia Dortmund next weekend.