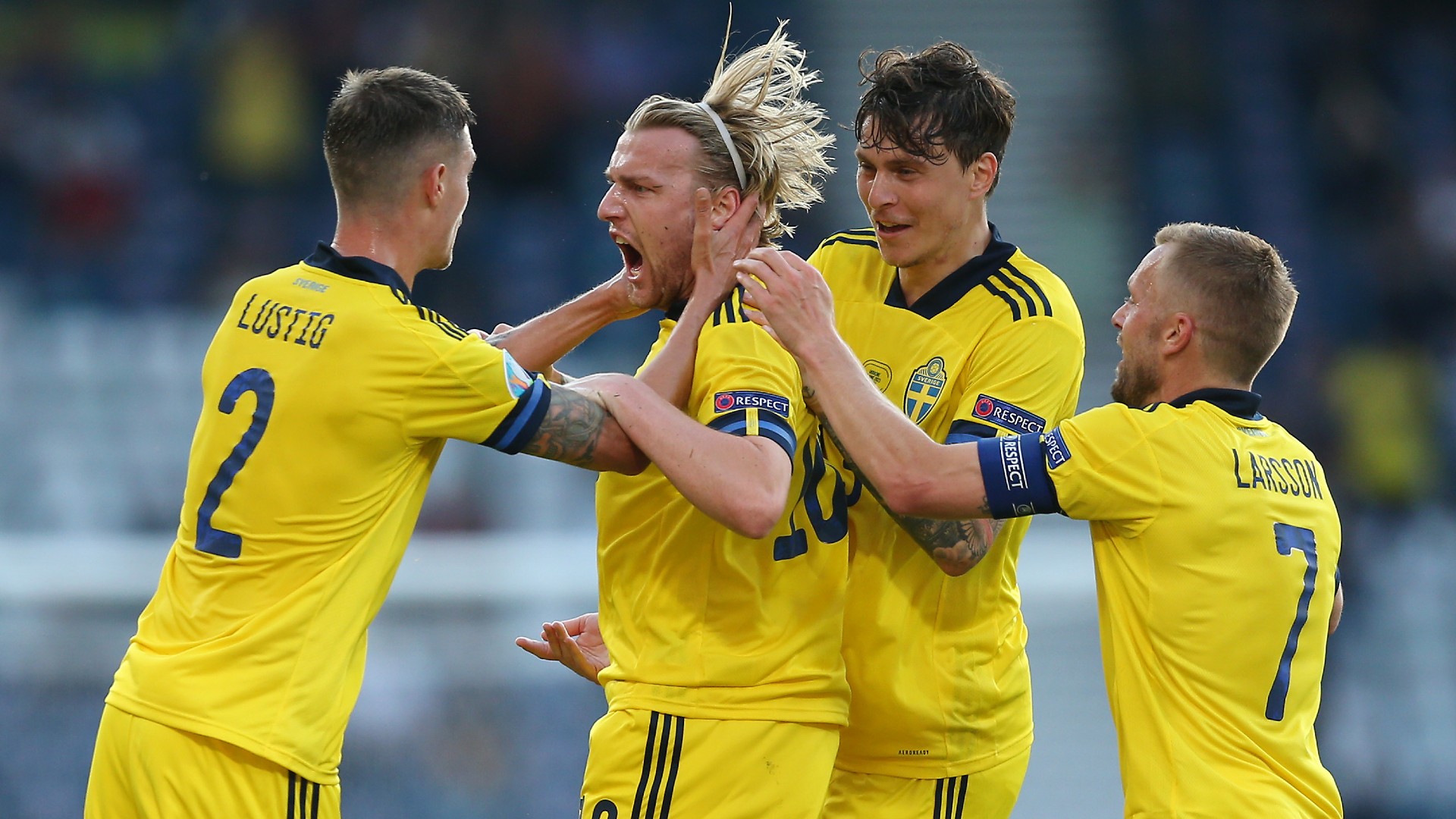 Sweden star Emil Forsberg continued his fantastic Euro 2020 with a star display in Sweden's last-16 defeat against Ukraine on Tuesday.

The RB Leipzig playmaker scored in the first half and hit the woodwork twice as he pulled the strings for Janne Andersson's side.

Forsberg has four goals in four Euro 2020 matches, but his tournament ended after Artem Dovbyk scored a dramatic extra-time winner in the 121st minute to give Ukraine a 2-1 win.

There was plenty of praise on social media for Forsberg, who has turned out to be one of the best players at Euro 2020 thus far.

But any chance he could be named the tournament's top player are likely extinguished after Sweden failed to advance past the last 16.

Is Emil Forsberg the Player of the Tournament so far? 🤔#EURO2020 | #UKR #SWE pic.twitter.com/v3yi8Vy6As

Hard to believe Emil Forsberg woke up this morning and realised he was now the greatest footballer in the world, but that's what happened

Emil Forsberg in 90 minutes vs. Ukraine:

Such an underrated player. #SWE pic.twitter.com/IAIhptGDDZ

📸 - Emil Forsberg cuts inside and hits the bar! What a tournament this guy is having! pic.twitter.com/AdAZoQwJ33

Emil Forsberg is doing an absolute madness this tournament. He is on fire. #SWE pic.twitter.com/ImHe96fa9q

Watch out Cristiano Ronaldo, Emil Forsberg is coming for your Golden Boot 👀 pic.twitter.com/CQJuEmoBSi

Emil Forsberg is a very smart player. Four goals so far at this tournament.
But be aware how he creates space for himself, how is head turning to both sides all the time to know his position and how manages to turn with the ball