TATA working closely with Atletico Madrid at the grassroots through TFA for the betterment of Indian football...

In November 2018, LaLiga giants Atletico Madrid (ATM) announced their return to the Indian football arena by forging a collaboration with the Tata Football Academy (TFA).

The deal promised that Atletico would provide technical support to the TFA academy in Jamshedpur with experts from the LaLiga club visiting the facility from time to time along with the exchange of knowledge pertaining to multiple aspects such as player recruitments and scouting, video analysis, physiotherapy, facility management and periodic assessments.

Sunil Bhaskaran, Additional director Jamshedpur Football and Sporting Pvt Ltd, in a conversation with Goal, informed that the partnership with Atletico is taking the right shape as 10 kids will get the opportunity to travel to Spain and learn from the best technical staff through their developmental phase.

"Atletico is already providing us with the technical and the coaching expertise. We are following the Atletico model as it has one of the most successful academy models in Europe. The partnership is restricted to the training and coaching of TFA. We have identified 10 kids this year who will be sent to the main ATM academy in Spain where they will receive full-time training and every year we plan to add 10 more kids with TATA Trust taking the initiative forward along with Atletico.

"These kids are in the age bracket of 10-year onwards and they will continue their development for six-eight years in Spain. So we will probably create some players who can play in the European Leagues and consequently, the national team can also benefit. This is an investment in Indian talent and Indian football," stated the veteran TATA employee. 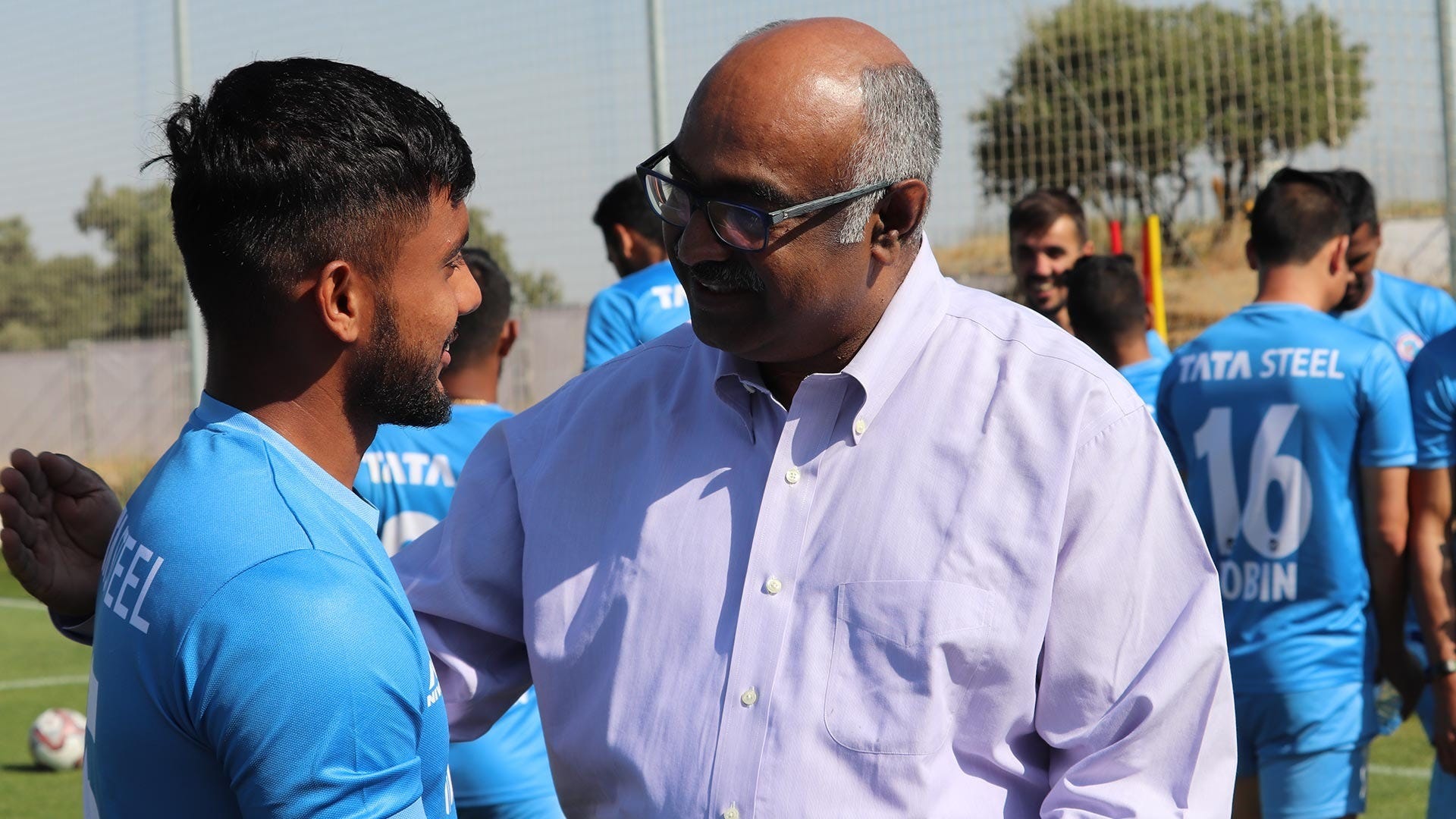 The Indian multinational conglomerate has been investing heavily for the past few decades in the grassroots through TFA which continues to be one of the elite academies in India.  The academy has many accolades to its credit and has produced a lot of players who have gone on to represent the Indian national team.

Now they have shifted their focus to the north eastern part of the country which has emerged as the new hotbed of talent.  TATA aims to churn out more talent by providing world class training to the youth so that it can feed the parent club Jamshedpur FC and possibly go on to represent India.

"Apart from the work that JFC and TFA do in Jharkhand, the TATA Trust has invested a lot in the grassroots mainly in the North East. And almost around 68,000 kids in the age group of 7-8 years are playing in a structured manner just as they do in the European countries. And the fact that we are doing it the Atletico Madrid way makes it more interesting," revealed Bhaskaran.