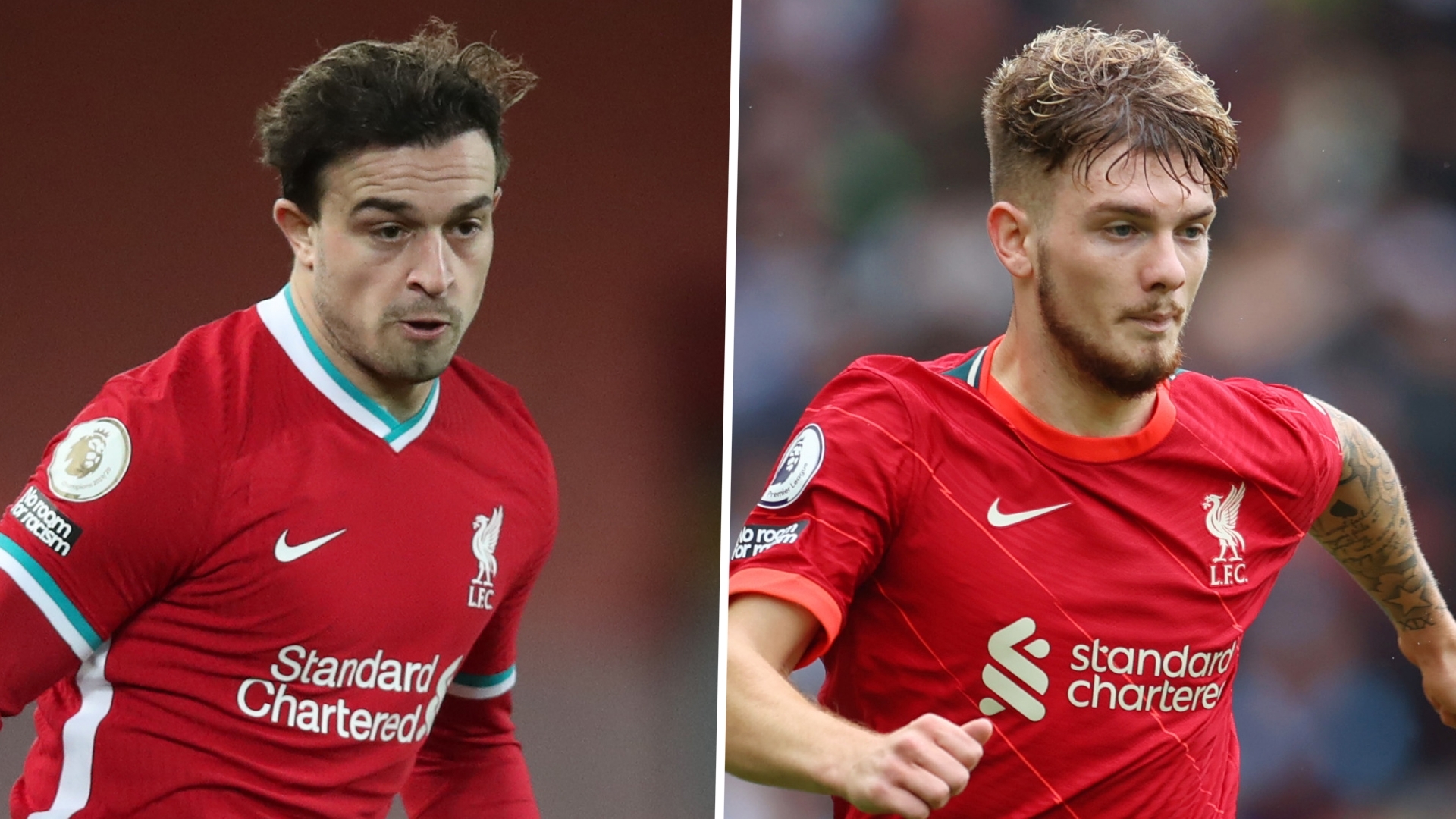 As the Switzerland international prepares to join Lyon, the 18-year-old looks capable of stepping into his shoes at Anfield - and much more too

As one gifted left-footer departs, another is just getting started at Anfield.

Xherdan Shaqiri’s Liverpool exit is expected to be confirmed on Monday, the Reds having agreed a fee of £9.5 million ($13m) with Lyon for the Switzerland international, who will sign a three-year contract with the Ligue 1 club.

He leaves Merseyside with medals in his luggage, part of the squad which won the Champions League, UEFA Super Cup, FIFA Club World Cup and Premier League in the space of 13 months, and having provided plenty of memorable moments.

Goals against Manchester United and Everton ensure Shaqiri will be remembered fondly by supporters, while his contribution to that semi-final comeback against Barcelona will never be forgotten.

Even his last major contribution for the club, an assist for Mo Salah at West Ham back in January, was a thing of beauty.

Shaqiri’s desire to leave is understandable. He has been at Liverpool a little over three years, yet has only started 25 games for the club. And 15 of those starts came in his debut campaign.

At 29, and off the back of an eye-catching performance for his country at Euro 2020, he knew the time was right to move on. Time to play regular football again. Peter Bosz, the Lyon manager, has pushed hard for his signing, and Shaqiri should do well in France.

Liverpool, too, will feel the deal is a good one. They bank a decent, if unspectacular, fee and wish a popular player well.

They already have his ‘replacement’ sorted, as well. And it will not cost them a penny.

If there was a buzz around Harvey Elliott already, then it has only grown louder since the weekend. The 18-year-old made his first Premier League start for Liverpool against Burnley on Saturday, serving notice of his vast potential in front of a packed and delighted Anfield.

What promise the youngster showed. What a future he could have. If Shaqiri was only ever a squad player in Jurgen Klopp’s eyes, Elliott already looks like he can be so much more.

There is so much to admire about his game. The first-touch, the composure, the willingness to receive and distribute the ball under pressure - it is all there.

And against Burnley, there was also evidence of his desire to do the hard yards as well.

Elliott is still a baby, and this was the first time he had played in midfield in the top-flight, yet there he was, right in the thick of things. No player covered more ground in the 90 minutes, and only two (Salah and Charlie Taylor) attempted more sprints.

On the ball, only Trent Alexander-Arnold and Jordan Henderson had more touches. Elliott created a ‘goal’ for Salah in the first half, which was ruled out for offside, and then played his part in one which did count for Sadio Mane after the break.

It looked simple, controlling Virgil van Dijk’s trademark diagonal on his chest before, in the same movement, pushing the ball infield into Alexander-Arnold’s path, but it spoke to Elliott’s technical quality. He does the simple things well, and he makes the complicated things look simple.

“He’s pretty unique for a young player,” says one Anfield source. “Because he can both fit in, and stand out. That’s rare.”

Elliott has benefitted enormously from Liverpool’s wide-angled approach, which included a loan spell in the Championship with Blackburn Rovers last season.

That could hardly have gone better. He played 42 times, scored seven goals and provided 11 assists. Tony Mowbray, the manager, loved him and so did the Rovers fans. Stewart Downing, a team-mate at Ewood Park, called him “a diamond.”

But more importantly, as far as Liverpool were concerned, Elliott began to understand the requirements of regular, high-level football at Blackburn; the preparation, the recovery, the nutrition and the concentration. The feedback was overwhelmingly positive. Here was a player with immense talent, but a work-rate to match.

That impression was confirmed in the summer, as Elliott set about showing Klopp and his staff just how far he had come. He reported early for pre-season, spending a week with Liverpool’s Under-23s squad before joining the seniors at their training camp in Austria.

There, the idea of loaning him out again this season would be quickly shelved. Elliott’s development was there for all to see. He was fitter, leaner, stronger, and determined to make his presence felt.

He trained superbly, and made an impression in each friendly match he played. Interestingly, Klopp used him on the right of a midfield three, rather than in his usual wide attacking role.

Even more interestingly, Elliott immediately looked at home there.

Liverpool’s midfield must evolve following the departure of Gini Wijnaldum, the player who has played there the most over the past five years. The likes of Thiago Alcantara, Naby Keita, Alex Oxlade-Chamberlain and Curtis Jones will all be eyeing greater roles this season.

But Elliott, too, is in the conversation now. A prospect, yes, but a first-team option as well.

“Everybody wants to talk to me about Harvey and I understand absolutely,” said Klopp after the Burnley game.

“When an 18-year-old boy plays such a mature game I can understand why everyone was asking, but I was not surprised he played like this. That is exactly how he has trained now for six or seven weeks.”

Perhaps the scariest thing of all, or the most exciting if you are of a Liverpool persuasion, is that, as good as Elliott was against Burnley, he can play better. He can be even more precise, even more effective, even more decisive.

So as Shaqiri heads for France, Liverpool fans can console themselves with that thought. A good player departs, but one who was never going to challenge the first XI, long-term.

Never mind a squad player. With this kid, the sky really is the limit.