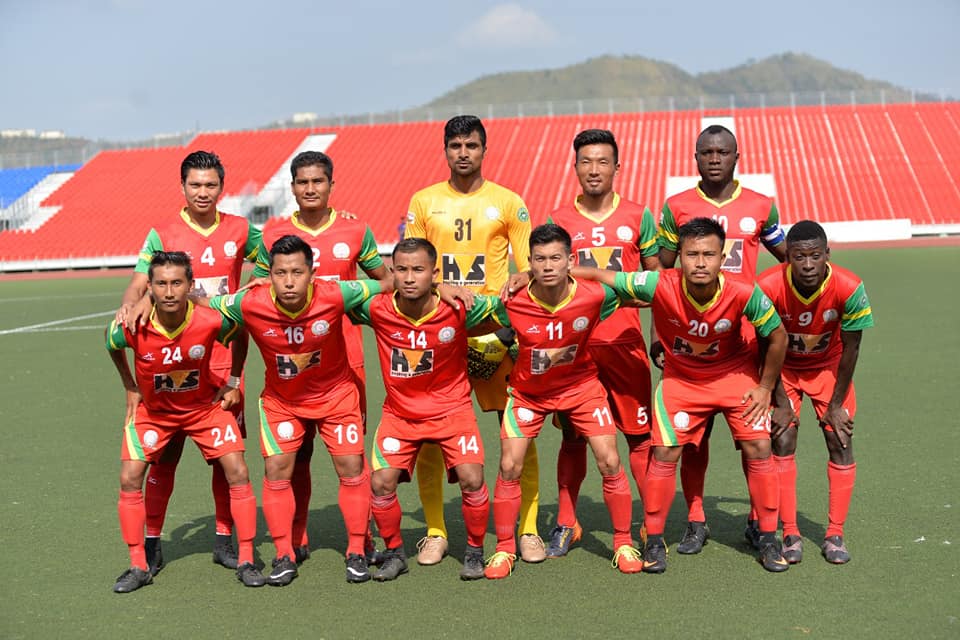 TRAU FC’s juggernaut continues in the I-League second division as they pick up their fourth consecutive win against LoneStar Kashmir FC on Sunday at the TRC Turf, Srinagar.

Ngaraipam K netted the only goal of the match in the 88th minute to seal yet another important win for the Manipuri side in the final round.

With today’s win, TRAU now have 12 points from four games and are on the verge of sealing their place in the I-League for the first time in the club’s history.

Manager Laishram Ibomcha Singh made two changes in the TRAU starting XI which defeated Ozone FC 2-0 in their last game. Premjit Singh and Netrajit Singh made way for Krishnananda Singh and Momocha Singh.

With today’s defeat, LoneStar Kashmir are out of the competition as they have managed to record just one point from the four matches they played. LoneStar failed to replicate their rivals Real Kashmir FC’s heroics who had won the second division league last season and made it to the I-League.

It has been a fantastic journey for TRAU who are all set to become the second team from Manipur to take part in the I-League next season along with NEROCA. NEROCA had won the league in 2016/17 season and have already established themselves as a powerhouse in the I-League in the last two seasons.

TRAU next face Ozone FC on May 19 in Manipur while LoneStar Kashmir take on Chhinga Veng FC on May 18 in Aizawl.