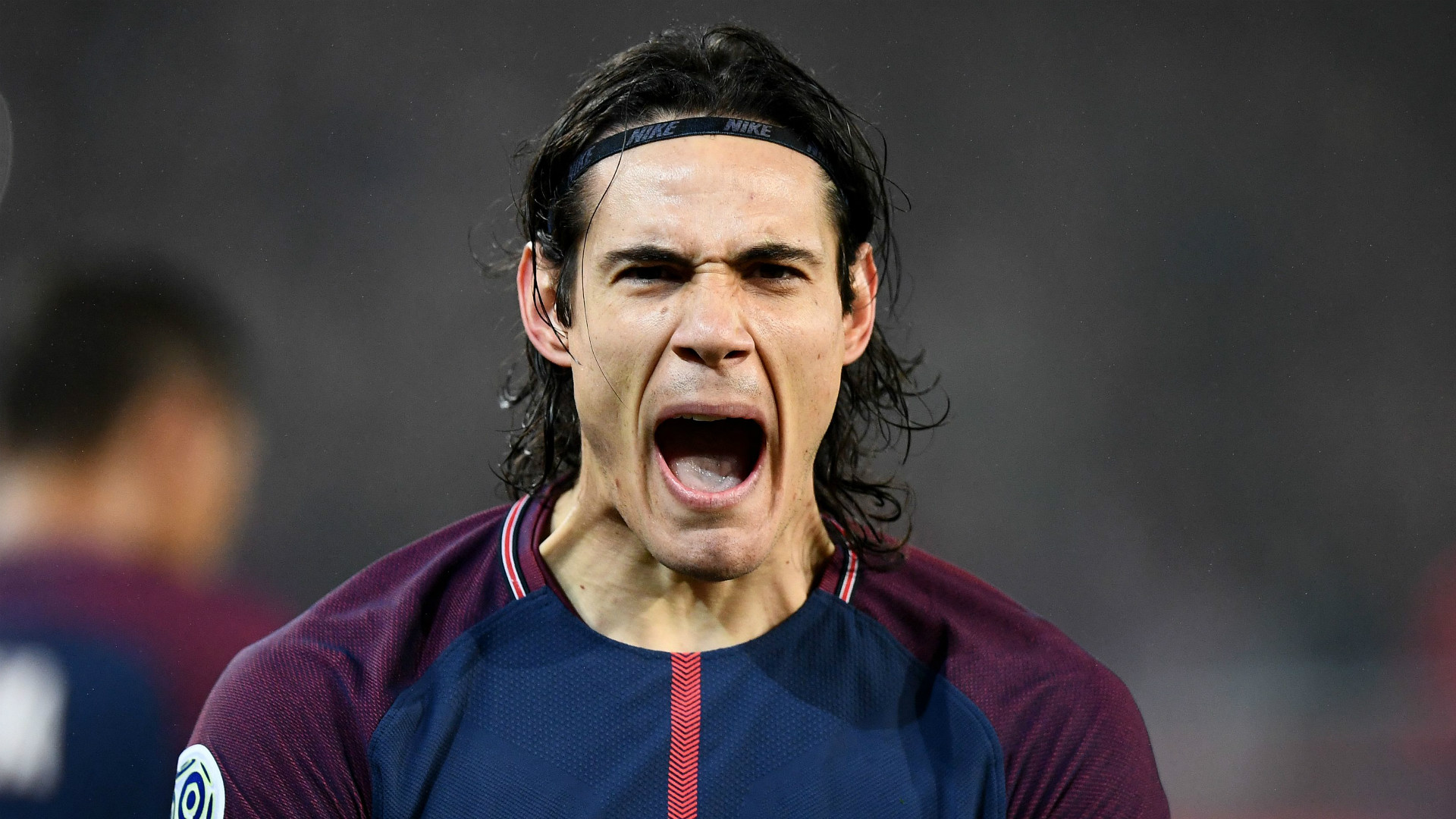 PSG to include Cavani in Ronaldo bid

Paris Saint-Germain are willing to use Edinson Cavani as a makeweight in their bid to sign Real Madrid superstar Cristiano Ronaldo, claims El Confidencial .

Ronaldo’s long-term future at Madrid is uncertain as the current Ballon d’Or holder reportedly wants to be made the world’s best-paid player, if he is to sign a new contract at the Santiago Bernabeu.

The Portuguese has long been a target for PSG, who would be keen to form a powerful attacking trident of Ronaldo, Neymar and Kylian Mbappe.

And, to help reduce the cost of the deal, along with persuading Madrid to sell Ronaldo, the French giants are prepared to include Cavani as part of their offer.

The Brazil international is looking to leave Chelsea during the January transfer window, so that he can play regularly before the World Cup in Russia in the summer.

Barcelona have already twice turned down the chance to sign the centre-half, with Madrid also offered the opportunity of a deal. Arsenal have also been linked with a January approach for Luiz.

Athletic Bilbao goalkeeper Kepa Arrizabalaga has passed a medical ahead of a move to Real Madrid, reports Onda Cero .

Kepa has agreed a six-year contract with Madrid and is keen for the transfer to be finalised now, rather than at the end of the season.

Alexis is desperate to leave Arsenal in the transfer window and wants to join Manchester City now, rather than wait to complete a free transfer at the end of the season when his contract expires.

A string of names has been mooted to replace the Chilean, with Madrid’s Vazquez now an option for Arsene Wenger, who feels the Spaniard has the qualities to compensate for Alexis’s departure.

Real Madrid are planning on making a move for Inter striker Mauro Icardi as they look to find backup for Karim Benzema, L'Equipe reports.

After a meeting with president Florentino Perez and general manager Jose Angel Sanchez, Madrid coach Zinedine Zidane has agreed the club need to find competition for France international Benzema. Having continued his excellent form from the last two seasons, Icardi has already netted 14 times in Serie A this season and makes an ideal target for the European champions, who have been targeting him for some time.

The story claims that Florentino Perez wants more money in the club's next contract with the German company, but that they will not give unless he brings in more major signings.

Kane is the most attractive Adidas player for both club and company, and would allow both to earn more money should he move to the Spanish giants.

Real Madrid have been warned of the threat a Barcelona deal for Philippe Coutinho would offer by none other than former Blancos' striker Alvaro Morata, claims Diario Gol .

According to the Spanish outlet, the former Madrid striker has sent a firm warning to his old club that the Brazilian would be a perfect fit for their rivals, and that Barcelona landing him would lead to improved performances for both Luis Suárez and Lionel Messi.

The report claims that Morata's first-hand experience against Coutinho has wowed him, and he fears a move to Barcelona will make the Catalans, who are already 11 points clear in La Liga, even more dominant.

"As Tottenham coach I would say that if Madrid come in with a bid, we don't want to sell, because he will stay here and they will have to understand that," Pochettino told El Chiringuito in an interview from December 19, published on Wednesday.

"If the player asks you to leave, as happened with Modric and Bale... We'll see what happens. Today, that has not happened.

Chelsea are one of three clubs to have tabled an offer for Real Madrid superstar Cristiano Ronaldo, reports Don Balon .

The Portugal international is unhappy at Real's continued pursuit of Brazilian star Neymar and is planning a move away from Santiago Bernabeu.

A return to England is a possibility for the ex-Manchester United forward, but Chelsea face competition from Paris Saint-Germain and the LA Galaxy.

No exit fears for Inter

Serie A giants Inter are not concerned about losing the likes of Mauro Icardi, Ivan Perisic and Joao Mario during the winter window, Luciano Spalletti has told Premium Sport .

Argentine forward Icardi has been heavily linked with Real Madrid, while Manchester United are said to be keen on Perisic and Joao Mario.

The report claims Zindine Zidane does not want to part ways with the Croatian midfielder, while also suggesting Mourinho will similarly not accept no for an answer.

It is said the Red Devils coach is pushing to sign the 23-year-old before the end of the January transfer window.

Kepa Arrizabalaga has already signed a six-year contract with Real Madrid, AS   claims.

The report suggests the player will receive a higher signing bonus if he wants until June to make the switch, but the 23-year-old wants Real to finalise the move in January as things have become uncomfortable at Athletic Bilbao.