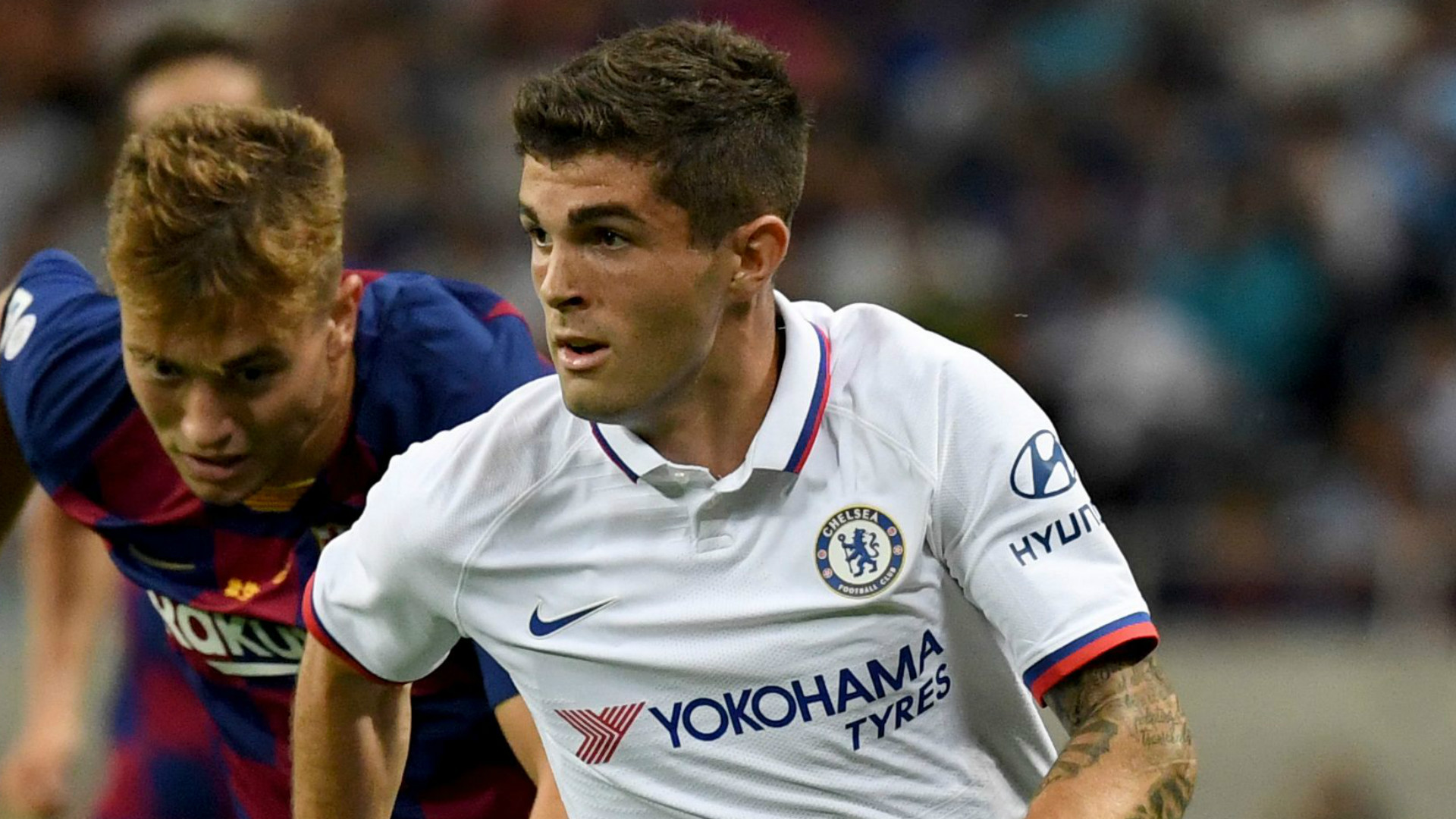 Frank Lampard will take charge of his first Blues match on English soil on Sunday, buoyed by the recent victory over Barcelona in Japan

Chelsea travel to the Madejski Stadium on Sunday for their latest pre-season test against Championship side Reading.

Frank Lampard’s men have had a mixed pre-season to date but impressed in beating Barcelona 2-1 in Japan on Tuesday, and the club’s all-time record goalscorer will hope to use that as a building block for the weeks ahead.

Reading have been on a tour of Spain this summer but are back in Britain to face their biggest test before their competitive season kicks off next week with a home match against Sheffield Wednesday.

For UK readers, get your fix on the latest football on TV here! US readers can find out what soccer is on TV here!

In the United States (US), the game can be streamed via Chelsea's official site or via the club's 5th Stand app.

In the United Kingdom (UK), the game can be streamed via Chelsea's official site or via the club's 5th Stand app.

Frank Lampard’s first match in charge of Chelsea on English soil will be against Reading in a friendly at the Madejski Stadium.

So far, the Blues legend has had a mixed time of it in pre-season, with a disappointing 1-1 draw against Bohemians and a 1-0 loss to Kawasaki Frontale contrasted against a fine 2-1 victory over Barcelona in Japan earlier this week.

That victory, in which Ross Barkley and Tammy Abraham got the goals, will have brought confidence to Chelsea’s ranks.

Reflecting on the win and the two-match trip to Japan, Lampard told the club’s official website: “I’m very happy. It’s been good on the pitch and off the pitch. There is more work to do but it’s been a good trip.

“What I’ve learnt about the players is they’re a strong group. They’ve done everything asked of them and more. We’ve had two very competitive games in humidity and difficult conditions. It’s a good test for the players and the tour has helped us.”

Meanwhile, Cesar Azpilicueta believes the squad is beginning to hit the standards the manager expects.

“I think the team is getting close to what the manager wants from us. We are looking forward to starting the season,” the Spaniard said.

“In my seven years here in Chelsea I have had a few different managers. It's true that this summer is something different. We have a transfer ban that we never had before.

“We are not here to complain about any situation, we are here to work hard. We have a new manager, everyone is pushing really hard.”

Reading, who are only a week away from competitive action, are eager to go into their curtain raiser with a bang after beating Peterborough United 4-2 earlier this week.

“You want to get the best out of your last pre-season game. You obviously want to win, but Chelsea are a top team so you want to go into that game and give everything you can,” midfielder Jonathan Swift said.

“And if you can come away against Chelsea with a result then it’ll give you lots more confidence than if you were playing against a lower league team, and you win by a few goals and you go into the game against Sheffield Wednesday thinking you’re going to do the same – and it’s a lot different.

“So if we can walk off the pitch with our heads held high against Chelsea, it’ll give us a lot more confidence going into the Wednesday game.”

While this is Reading’s final dress rehearsal, Chelsea have matches against Red Bull Salzburg on Wednesday and Borussia Monchengladbach next Saturday to come before they kick off for real against Manchester United in the Premier League on August 11.