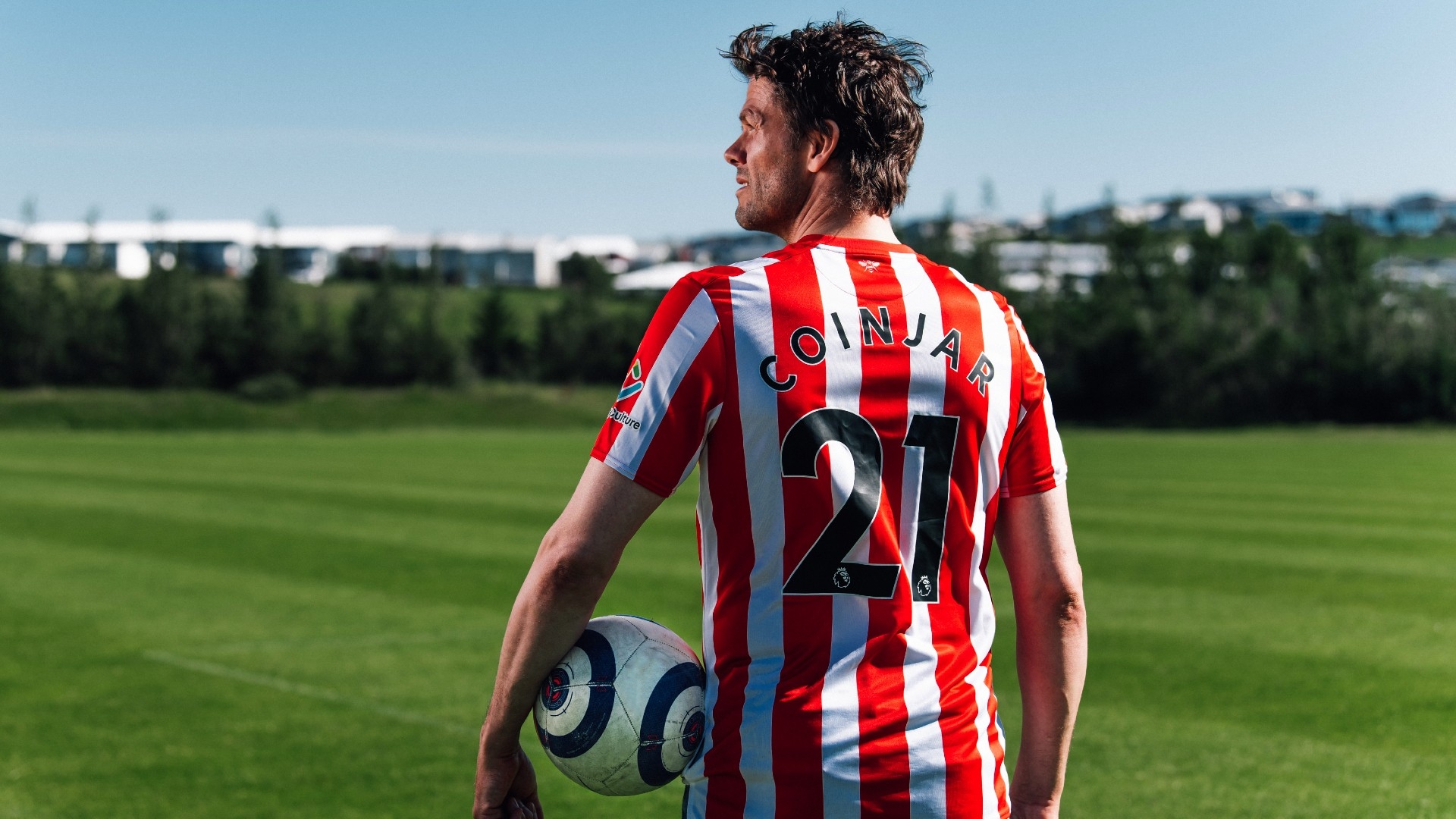 Having slipped out of the top tier on five occasions, an Icelandic legend is well-versed in the demands of trying to beat the drop

Hermann Hreidarsson has more than 330 Premier League appearances to his name, along with an FA Cup winners' medal and 15 years of experience in English football, but also holds the unfortunate honour of knowing that no player in history has suffered relegation out of the top tier on more occasions than he has.

The legendary Icelandic defender tumbled through a notable trapdoor five times during the course of a distinguished career, with backwards steps taken while serving Crystal Palace, Wimbledon, Ipswich, Charlton and Portsmouth.

He also turned out for Coventry and Brentford, with the latter about to find themselves back in the big time for the first time since 1946-47 when a new season gets underway on Friday, and Hreidarsson has sought to offer some words of advice to the high-flying Bees and the rest of those looking to steer a course to safety in 2021-22.

How to survive in the Premier League

Having both beaten the drop and succumbed to it, Hreidarsson is better placed than most to discuss scraps for survival - with only Nathan Blake enduring relegation pain as often as he has.

With that in mind, and with the Bees readying themselves for an historic but testing opener at home to Arsenal, Goal sat down with Hreidarsson - who has teamed up with UK cryptocurrency exchange CoinJar at the launch of their partnership with Brentford - to pick out the five most important boxes that survival hopefuls need to tick.

"The manager sticks to his belief and his character. That's the main thing, that he doesn't back up from what he has done to make a team so wonderful to watch. Brentford are so good because aggressive character shines through. If they stick to what they believe in and be consistent with it, not doing it one week against this team and then backing off. If they do it consistently, that's the main key.

"It's about a style and approach, being brave and get after points and teams and put opposition on the back foot, be disruptive and stop their game plan. That's the key. Brentford have the power, energy and exciting players to enjoy that part of the game, to be annoying for the opposition."

"You want that team spirit and work ethic to be absolutely spot on. Today you cannot afford that luxury No.10 player, everyone has to be at it and on it week in, week out."

"You're in a top league and you're not going to win every week, you might lose three games on the spin because the league is so brilliant, it's not because you turned sh*t overnight.

"You have to keep that belief and it has to be a happy working environment, a nice place that you turn up at work and know you are going in the right direction, you're not crumbling or panicking, we will stick at it. You don't turn into a bad player overnight, so just keep reminding yourself that a week in football is a long time.

"Brentford have got a great balance in the team - there is the captain Pontus Jansson, who has played for Sweden for years, then the two Danes, [Christian] Norgaard and [Mathias] Jensen, who played in the Euros, and they will have that composure and know-how to see out games when you need to or to keep everyone calm.

"I completely agree with trusting managers. It's not a club that should be there, there wasn't pressure at Brentford that they should be in the Prem, but it's not expected and they have done it because they have gone slowly but surely and done their homework. Through the years with the data analysis, how they recruit players and improve and nurture them to be a Brentford player, it has been a long process and hasn't happened overnight. It wasn't a shock to the system that Brentford went up because they built slowly but surely.

"If you keep that consistency and what they have done, it's a 21st century football club and they are ahead in many areas. I'm sure a lot of clubs look with envy at how they are running the club. They are doing really well year after year without spending millions and millions, it is down to a set up and homework. It's impressive and inspiring to see how things can be done without it being 'if you have the money, then you are the best'. More people will look at them and think there are other ways of doing it rather than throwing money around."

A clean slate has been offered to 20 clubs ahead of the 2021-22 campaign, with optimism and confidence always high heading into any given season.

That can be shattered pretty quickly, with it important not to stumble out of the blocks, but anything is possible at this stage and supporters across the country will be clinging to the belief that this can be their year.

Three must go, though, and a trapdoor will swing open in May that sends a trio of teams tumbling down into the Championship.

Hriedarsson is confident that Brentford will not form part of that pack, as he boldly backs the Bees to emulate the efforts of Leeds United in 2020-21 and finish in ninth place, but the west London outfit will face plenty of challenges in the months ahead.

They are among the favourites with the bookies to go down, along with fellow top-flight new boys Norwich City and Watford, but the likes of Crystal Palace, Burnley, Newcastle United, Southampton, Wolves and Brighton can all be found at single-figure prices and it is a dangerous game to try and predict anything before a ball is kicked.

Hermann Hreidarsson previewed the 2021 Premier League season with CoinJar, Brentford FC's new Official Cryptocurrency Partner - the ultimate platform to buy, sell and spend Bitcoin and cryptocurrency. Sign up in an instant and access digital currency wherever you go.