Nigeria U17 proved their desire to make history with their Wafu Cup triumph in Ghana, according to Ablaze Academy director Samuel Osho.

Fuelled by a deafening noise at the Cape Coast Stadium, the Golden Eaglets defeated Burkina Faso 2-1 in the final on Friday evening to emerge as champions of West Africa.

Notwithstanding the Baby Stallions’ troubles, a brace from Abubakar Abdullahi handed Nduka Ugbade’s boys the title.

Evaluating the performance of the country’s team, the seasoned football administrator waxed lyrical about the cadet team’s display in Ghana.

“Seeing how the young lads played in Ghana is really something exciting to watch,” Osho told GOAL.

“I see a set of hungry players who are ready to put their names in the history book of world football.

“The team showed a great deal of confidence and that is a big plus to the technical crew.

“Overall, they passed their tests with flying colours having won all the four games played in Cape Coast.” 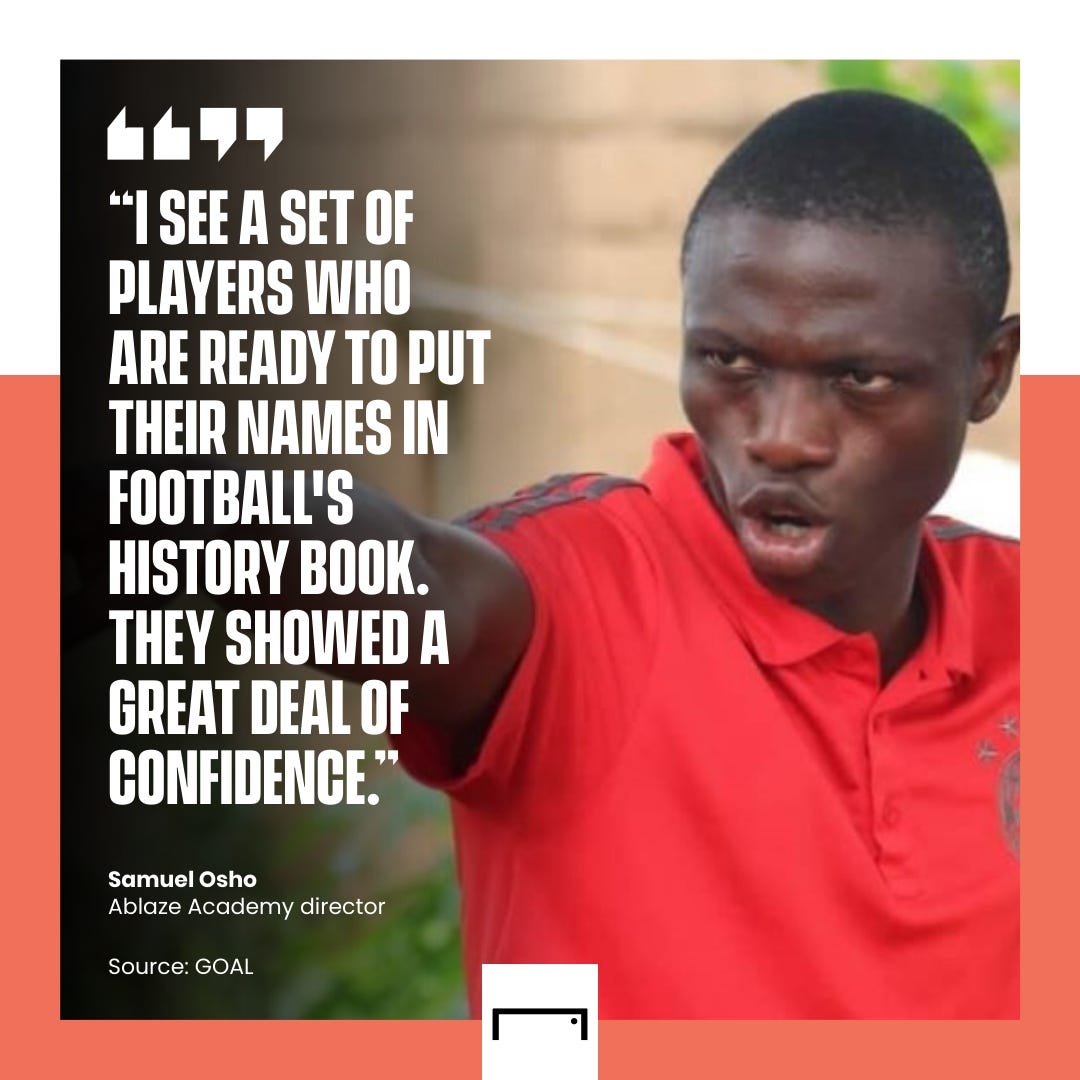 Alongside Burkina Faso, Nigeria will take part in the 2023 Africa U17 Cup of Nations billed for Algeria – a tournament which serves as qualifiers for the U17 Fifa World Cup in Peru.

“[Algeria 2023] will be an exciting U17 Afcon for us, Burkina Faso tested our backline so much and we didn't break. That is a clear indication that we are to compete in Algeria,” he continued.

“I feel what this team thinks, is the fact that they want to make history. Also, they have a strong relationship with the gaffer.

“After finding the net, they run to the technical bench to hug coach Nduka Ugbade and that says a lot.”

Even at their eye-catching performances, Osho points out the areas the Golden Eaglets must work on ahead of their African championship outing.

“They need to work on their midfielders’ fitness. For instance, when their match was getting intense against Burkina Faso, they were losing it because their legs were heavy.

“They need to add at least two more game-changers to the bench, Light [Eke] is doing well coming in and getting the goals, we need more who can turn the game around.

“Overall, I see a bright future for these kids and I won't be surprised to see many of them graduating to the Super Eagles.”

Nigeria U17 are champions of West Africa