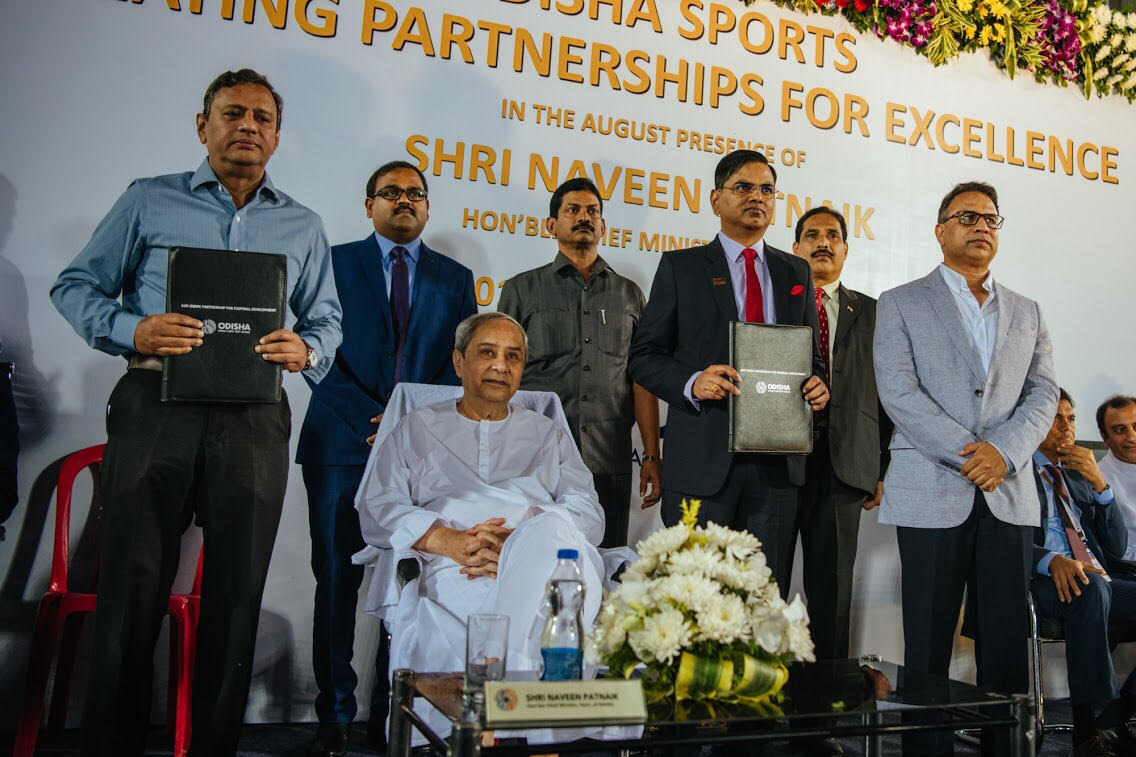 As per the agreement, Odisha will host several youth national teams and academies...

On Monday, the All India Football Federation (AIFF) entered into a Memorandum of Understanding (MoU) with the Odisha Sports Development and Promotion Company (OSDPC) at Bhubaneswar in what potentially could be a huge boost for the sport’s governing body in the country.

The eight-year deal signed between the two parties will see Odisha act as the hosts of Indian National Team camps across all age groups. It will also see the state become the permanent base for AIFF’s developmental squad Indian Arrows.

Odisha is set to be AIFF’s Centre Of Excellence for the eight-year period.

For Odisha, the partnership is a continuation of the recent policy which has seen the state pull out all the stops to transform capital Bhubaneswar as a premier sporting hub of India.

The MoU was signed at a government programme on Monday in presence of AIFF General Secretary Kushal Das and National Team Director Abhishek Yadav.

Bhubaneshwar already hosts the Indian Arrows, the Indian FA's developmental body, and they are set to be based out of the city for the near future. Along with the Arrows, India’s U15 outfit is expected to set up base in Bhubaneswar as well.

The partnership will also see the AIFF set up the country’s first fully dedicated residential academy for women in the state.