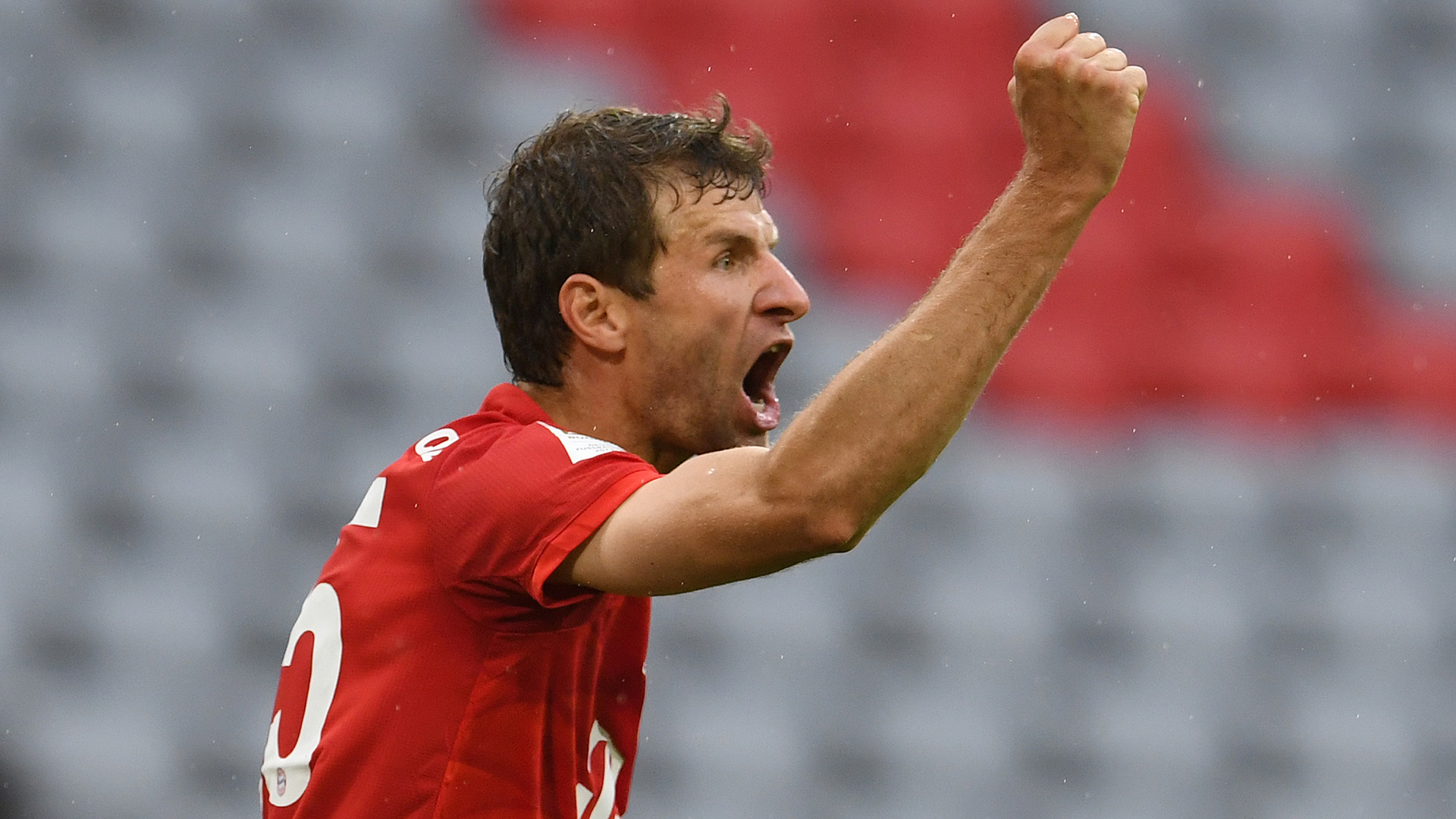 Thomas Muller has become the most decorated player in German history after Bayern's German Super Cup win over Borussia Dortmund on Wednesday.

Joshua Kimmich struck in the 82nd minute at the Allianz Arena to give his side a 3-2 win as they defeated last season's Bundesliga runners-up.

Corentin Tolisso and Muller had earlier put Bayern 2-0 in front, but Julian Brandt and Erling Haaland scored to bring Dortmund level in a tense affair.

But ultimately Kimmich's goal gave Bayern the win and in the process meant Muller has picked up his record 27th trophy of his club career.

Muller picked up his 26th trophy just last week when Bayern defeated Sevilla 2-1 after extra time in the UEFA Super Cup, and he broke the record previously held by Bayern great Bastian Schweinsteiger less than a week later.

That win was surprisingly followed up by a 4-1 loss to Hoffenheim on Sunday in the Bundesliga, which snapped a 32-match unbeaten run for Bayern.

It has been a banner year for Bayern, who won the treble last season before picking up two trophies in the span of a week in the new 2020-21 campaign.

After his side's exertions in Budapest in the UEFA Super Cup, head coach Hansi Flick said after the Hoffenheim defeat that he could hardly blame his side for being tired.

"There were many reasons for the defeat, but in terms of their willingness and desire, I can't blame the team at all," Flick told Sky. "The mentality after the 120 minutes on Thursday was great.

"We gave our opponents too many chances and we weren't as effective on the offensive side as we normally are.

"Big compliments to Hoffenheim. The team showed a very strong performance, and also a compliment to [head coach] Sebastian Hoeness himself – his team was very well adjusted."

Bayern will now return to league action on Sunday when they face Hertha at the Allianz Arena.